A few of you noticed my early Christmas present in the Holiday Home Tour I shared a couple of weeks ago.  If you were with me when I lived back in PA, you may remember that I owned a Victrola.  I bought it in a lot of furniture.  It was thrown in as a freebie, but it was the piece I was most excited about.  The cabinet was in poor condition, but the Victrola worked and I enjoyed it so much.  I would play records on it now and then, although it’s a bit impractical to play one song at a time when compared to an infinite playlist on an iPhone.  When we moved to MN, I decided to let it go.  I just didn’t see a 100+-year-old Victrola really working aesthetically in a typical suburban home.

Over the 4+ years we’ve lived here though, I have found myself browsing for one.  I didn’t regret selling the old Victrola, but I missed having one.  After years of casually browsing, in late October, I found the perfect one on Facebook Marketplace for $150.  Jeff and I went to pick it up from one of the oldest homes in Stewartville.  The gentleman told us this Victrola was built from a kit by his grandfather, Ingvald Steffensen of Norway, in the 1920s.  The Victrola was sold with a set of records, mostly waltzes, and polkas, and a small bag containing a catalog of Victrolas from the 1920s and any paperwork that might’ve been related to the piece. 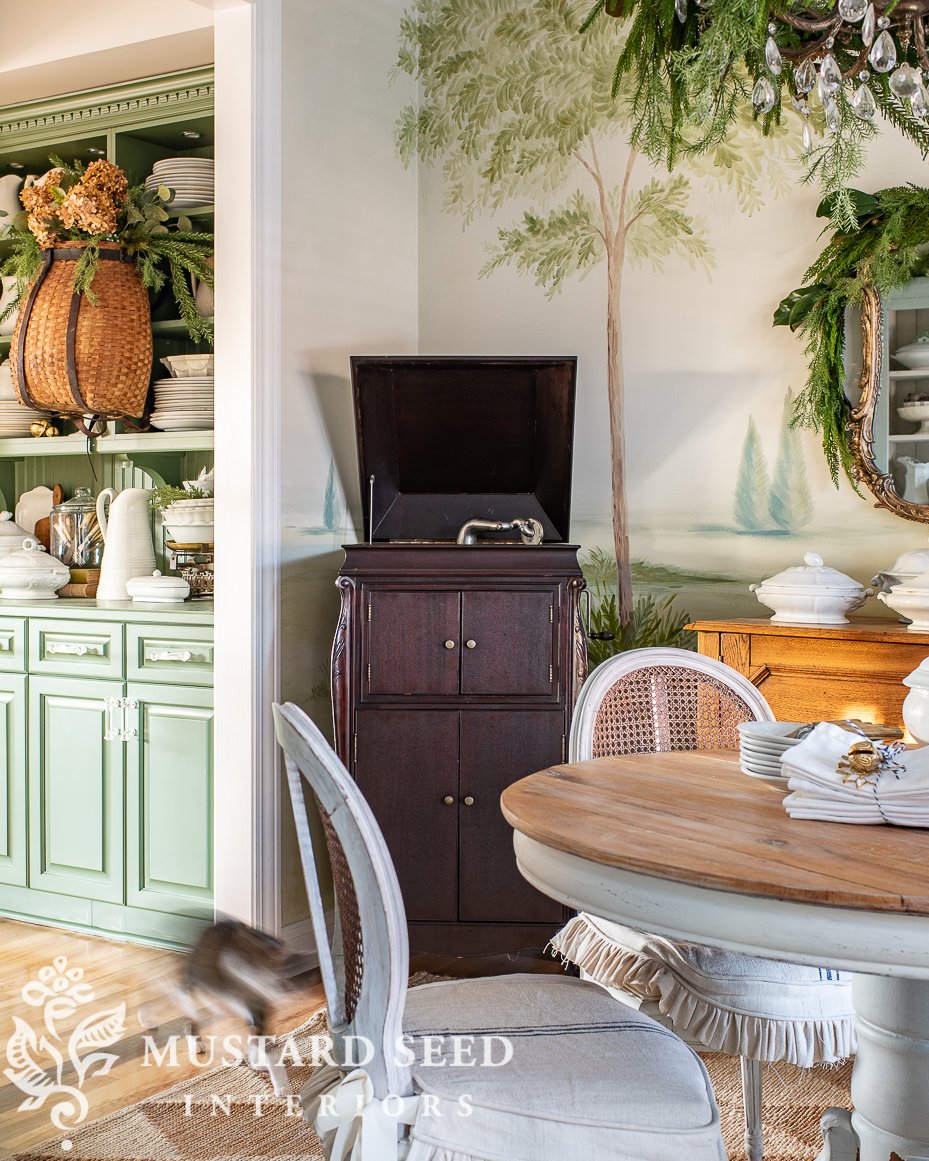 The case is in beautiful condition and just needed a bit of cleaning.  The Victrola is in working order, but could probably use a bit of fiddling just to tune it up.  I ordered some new needles and gave the cabinet a good cleaning and polish.  I also organized the records and added a few that I kept in the move to the collection. 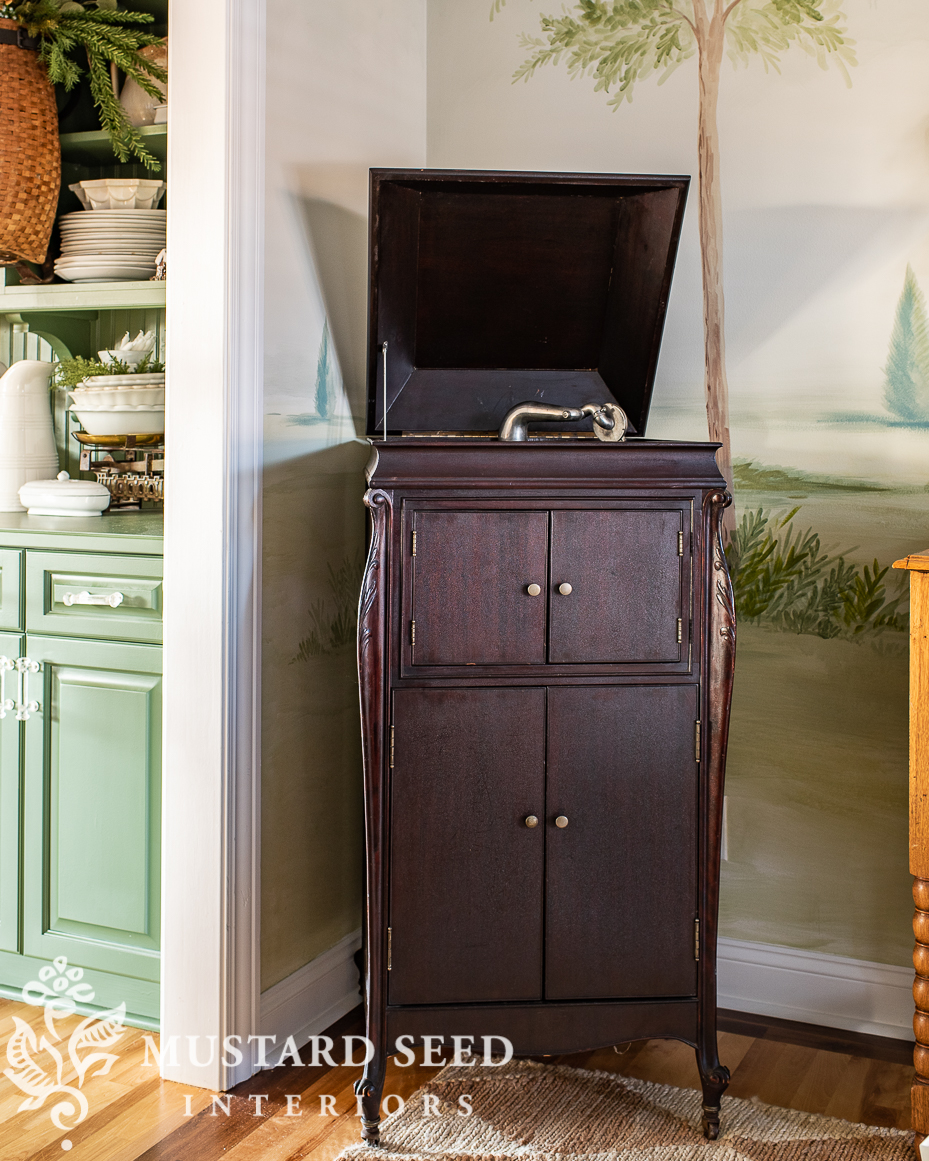 One of the best parts is that this Victrola has a beautiful wood horn.  I can’t help but imagine all of the entertainment this piece has provided over the years with just the crank of a handle.  And that it still works over 100 years after it was built. 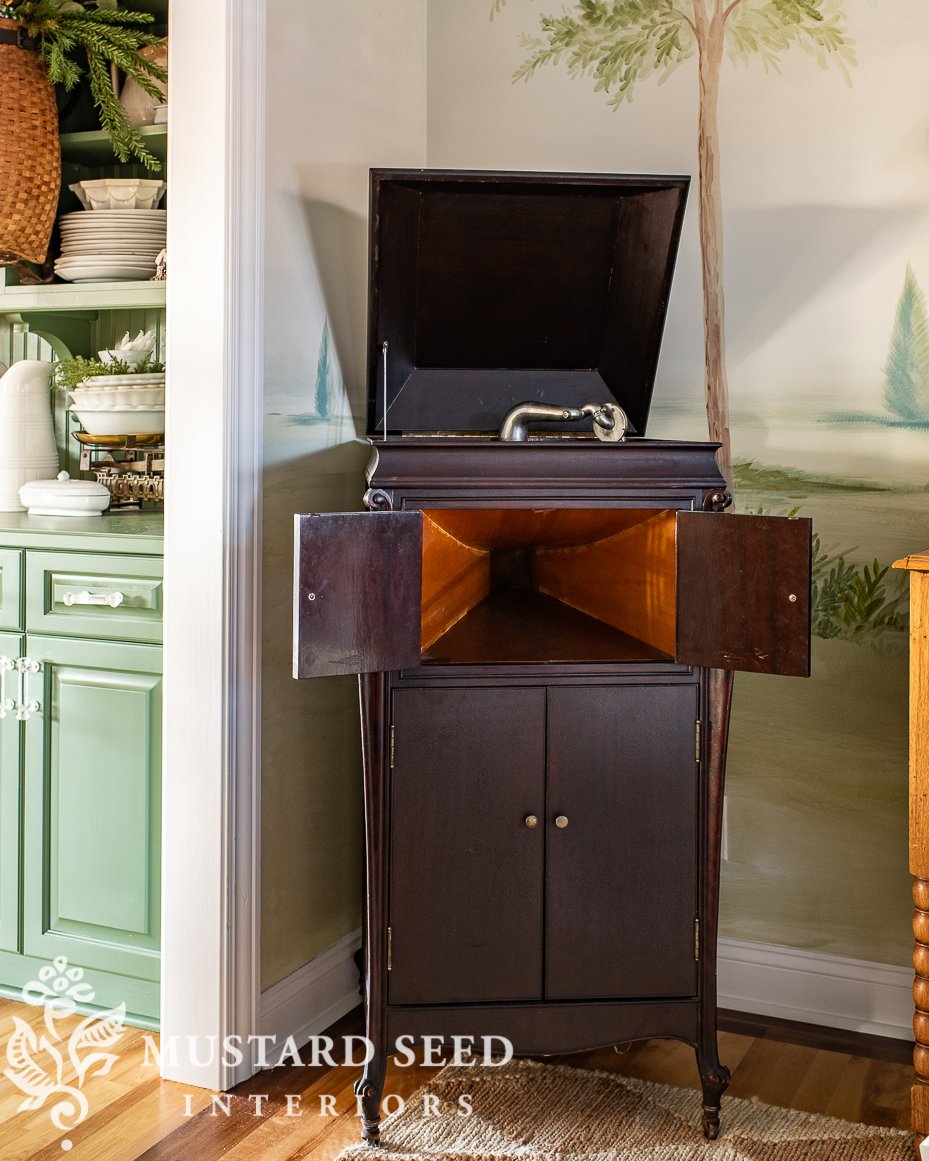 I tucked the Victrola in the corner of the dining room for now so I could enjoy it for Christmas, but it’ll likely be moved down to the basement when the trees and decorations are put away. 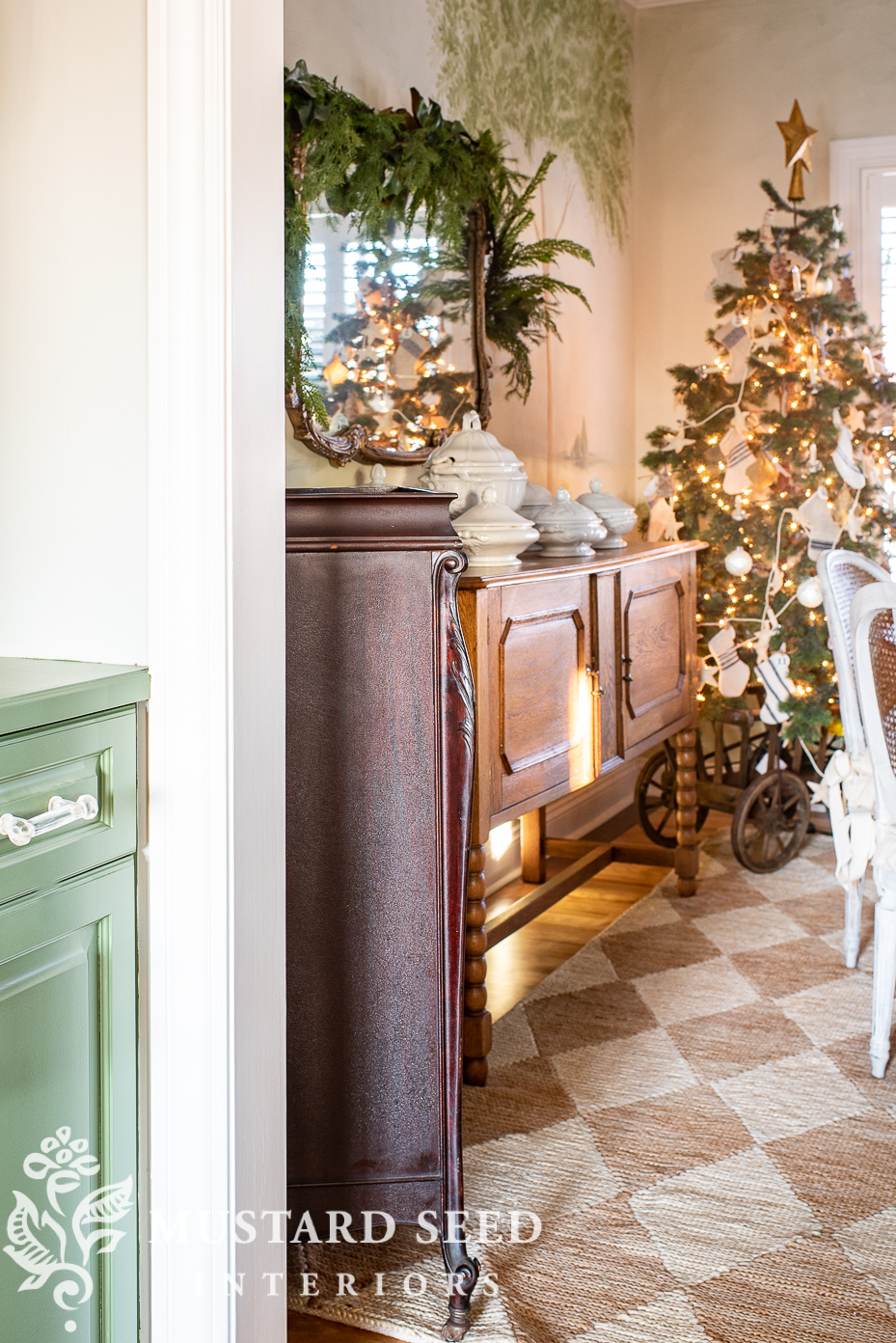 So, that is one of my Christmas presents.  All ready to play Bing Crosby on Christmas day. 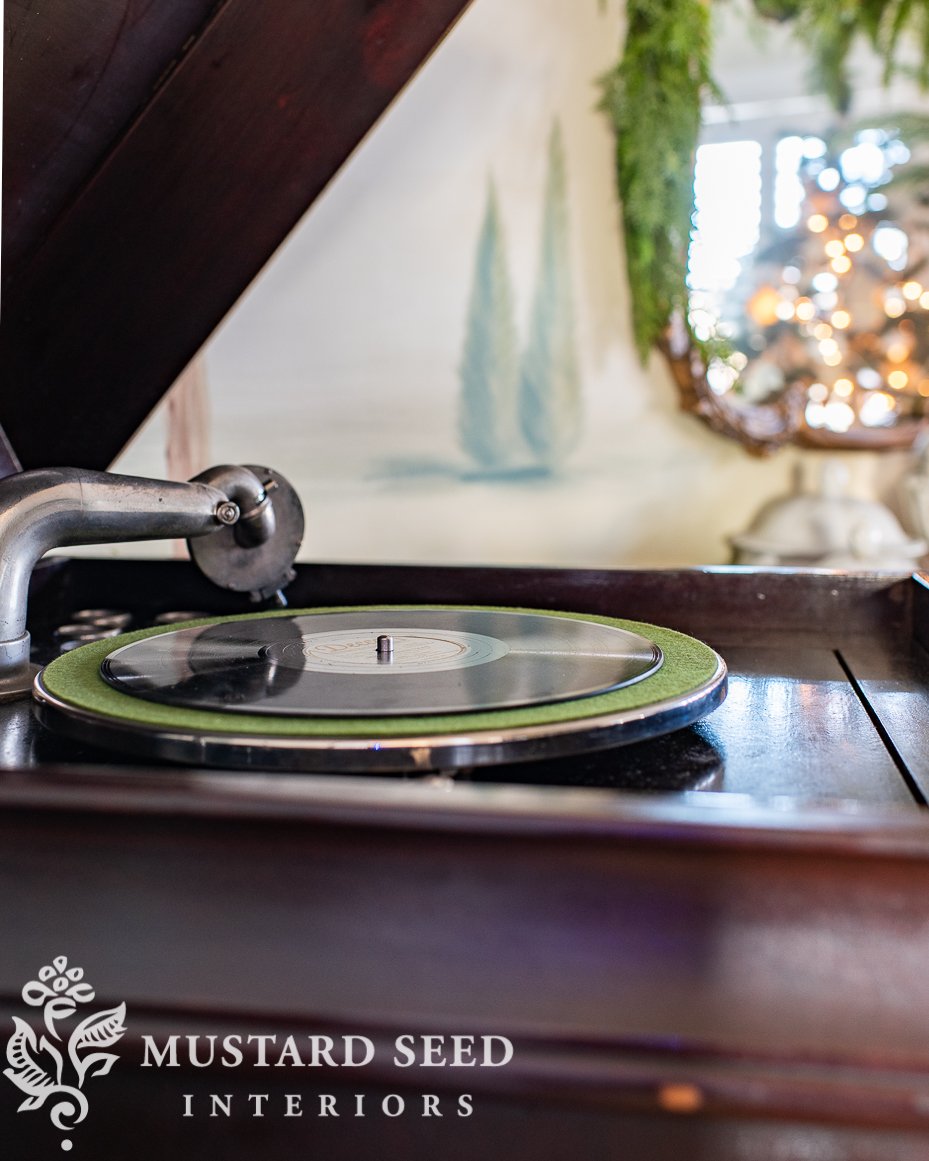 I’ve learned that if I have the choice between a new piece of clothing or the latest electronic gadget and a cool antique piece, I’ll pick the latter most of the time.  They just don’t make things like they used to… 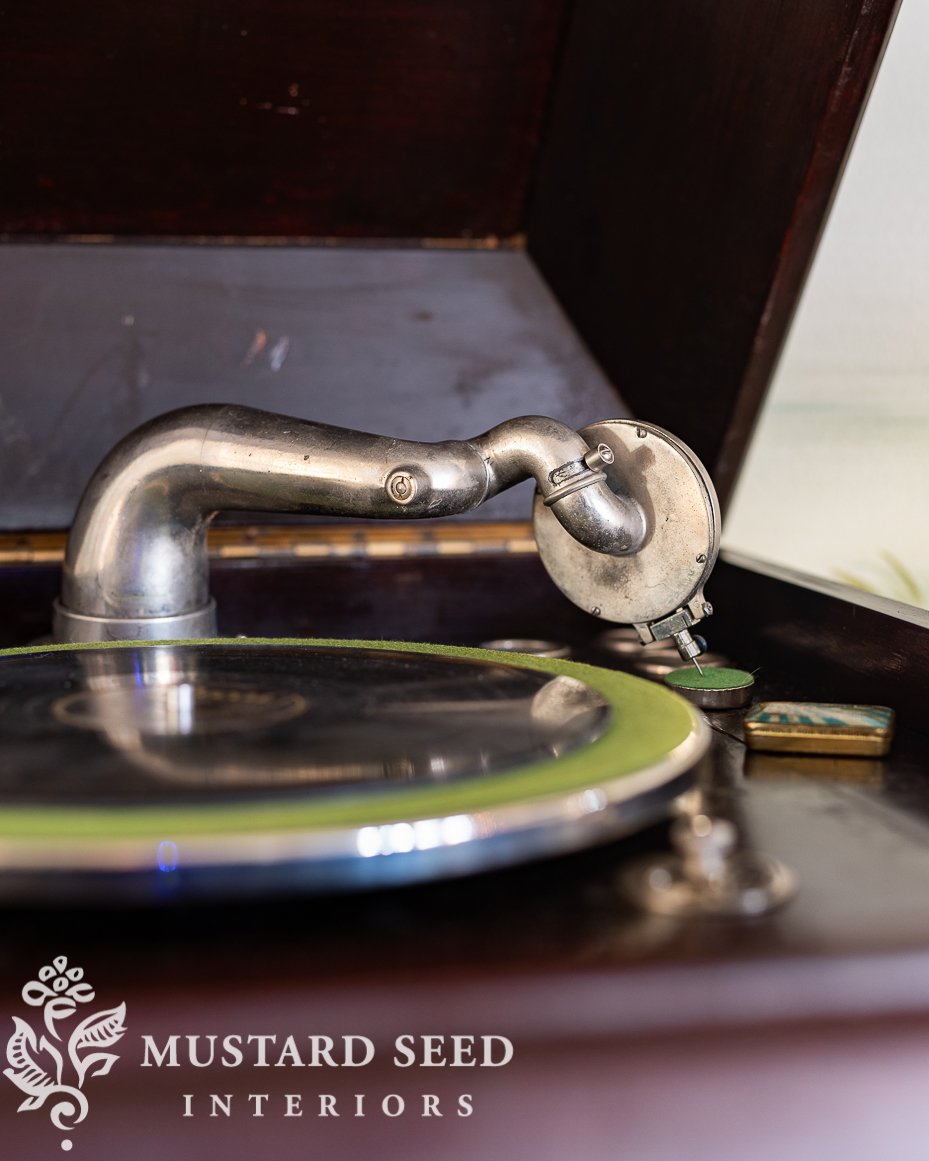 This was a busy holiday season for our family, so we didn’t put together a song for you this year.  But, here is a little bit of my crackly 100-year-old Victrola playing a little Bing Crosby.

A post shared by Marian aka Miss Mustard Seed (@missmustardseed)

You can find our past Christmas songs HERE.