Jeff just looked over my shoulder and said, “I bet no one has ever had a post titled the chicken incubator table before.”

Well, Kriste and I filmed a Design Ramblings yesterday and I started editing it this evening only to find that we had two short clips of the video we filmed and that was it.  The gaps in the content were so much, that you totally missed what we suggested for the space we were rambling about.  So, we don’t have a Design Ramblings episode for today.  We’ll get some filmed next week, though, and will be back!

Since I don’t have a video to share, I thought I would show the chicken incubator I turned into a table.

I was at an antique store a few weeks ago, looking for furniture to revive and I happened upon an antique chicken incubator.  It took me a few minutes to figure out exactly what it was.  It was on it’s side and was really dirty, but I could tell that it was some great old wood.  The price was right, so I “threw it on the pile.” 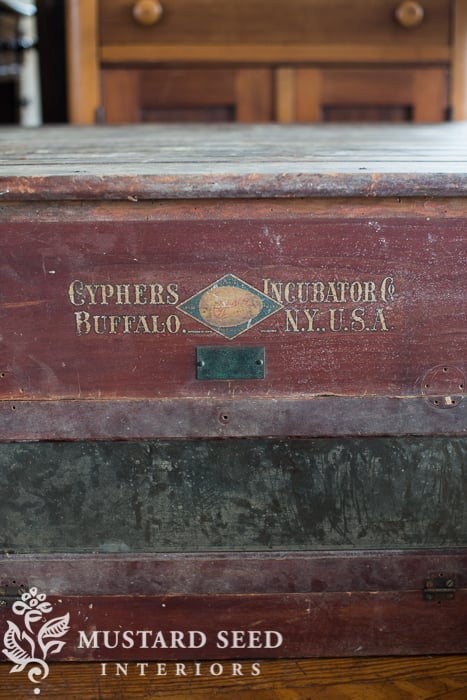 It was reeeeeally dirty and it took me a while to build up the courage to clean it out.  I vacuumed out all of the loose dirt and whatever-was-in-there (I don’t want to know) and then went to the handy sponge, warm water, dish soap and a bucket.  Once it was clean, I slathered on some Hemp Oil, which hydrated the dry wood and brought out the luster.  (I was being impatient and took the pictures right after applying the Hemp Oil, so you can see that it’s still drying and soaking in.) 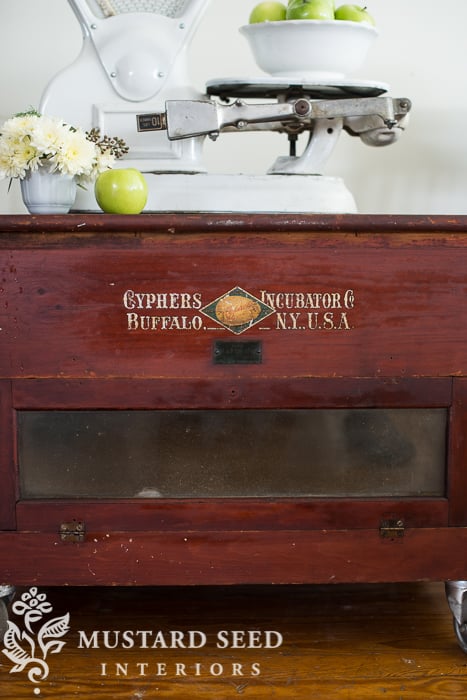 I also added some large vintage casters to make it look…well, more like a piece of furniture and less like a chicken incubator. 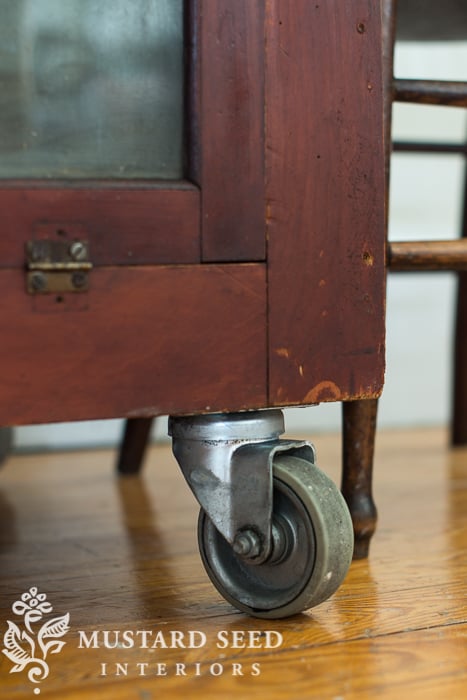 It is such a cool piece now!  I think it would make an amazing coffee table or side table.  I picture it looking especially fetching between a couple of slipcovered wing chairs. 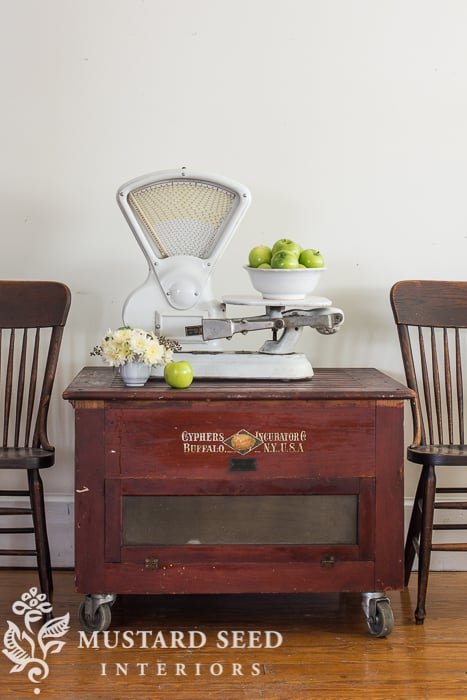 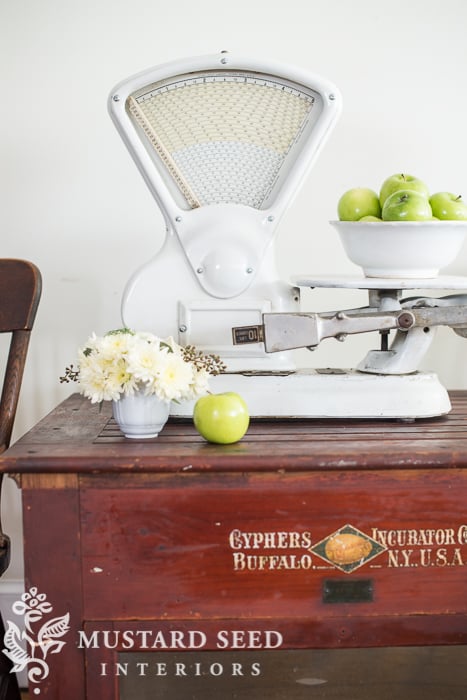 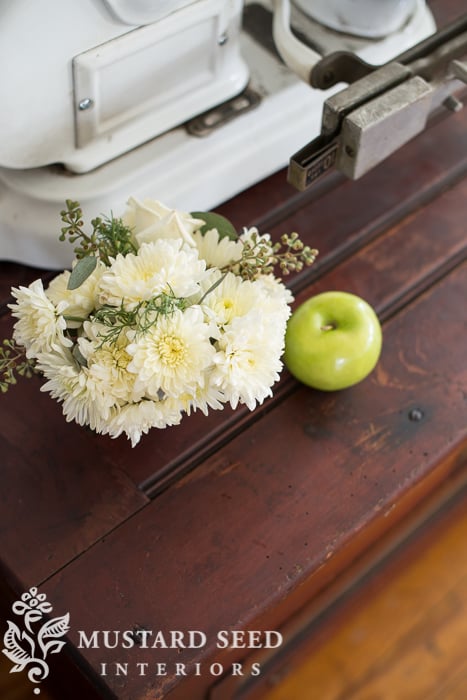 There you go.  The chicken incubator table.  It’ll be for sale at the Lucketts Spring Market…