I’ve bought two throws in my adult life that have taught me lessons.

The first one was a blue knit throw I bought shortly after Jeff and I were married.  I had spotted it at Bed, Bath, & Beyond and was determined we needed it for our apartment.  He was not convinced.  I vividly remember us driving to the store, my heels dug in, trying to assert my independence and him fuming, not knowing how to handle this head-strong 20-year-old he just married.  I walked through the aisles, grabbed the throw, and clutched it tightly as I took it up to the checkout to pay for it.  Jeff protested and I only clutched the throw tighter, insistent that I was going to “win”.

It was our first real fight and a strong dose of reality, forcing us to confront the fact that life lived with someone else was going to be different.

Years later, we laughed about that throw and our immaturity (especially mine) when it came to understanding and exercising compromise and showing preference to one another.

I was able to dig up a picture of the throw!  It’s the blue one of the ottoman… 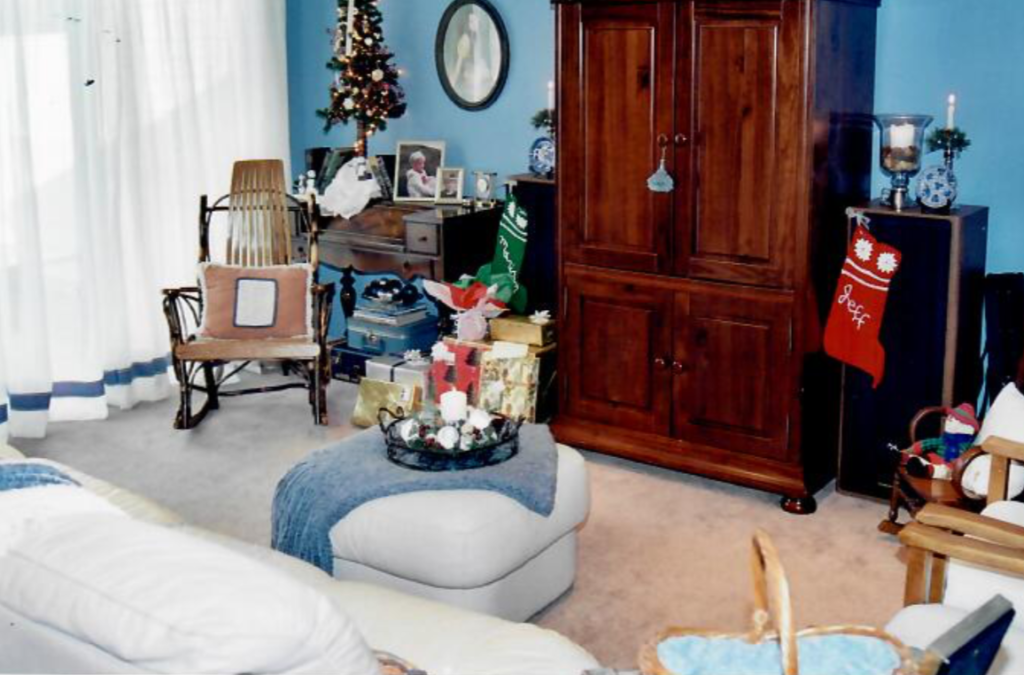 You can see that blue and white has been my jam going way back!

Anyway, we used that throw for many years, even after it was pilled and some of the knit loops were pulled and snagged.  There were many times I wanted to get rid of it and Jeff would interject dramatically, “Oh no…that was the throw you wanted you got it and we are going to keep it forever.”

Forever turned out to be about 15 years, but we did have it a long time and that throw taught us both a lot about ourselves, each other, and marriage.

Fast forward to last year and a different throw taught me a different lesson.  I had been admiring these chunky knit wool blankets around Instagram and I loved how they looked!  The texture was tantalizing and I got it in my head that I wanted one.  I shopped around online and found one on a post-Christmas sale and bought it. 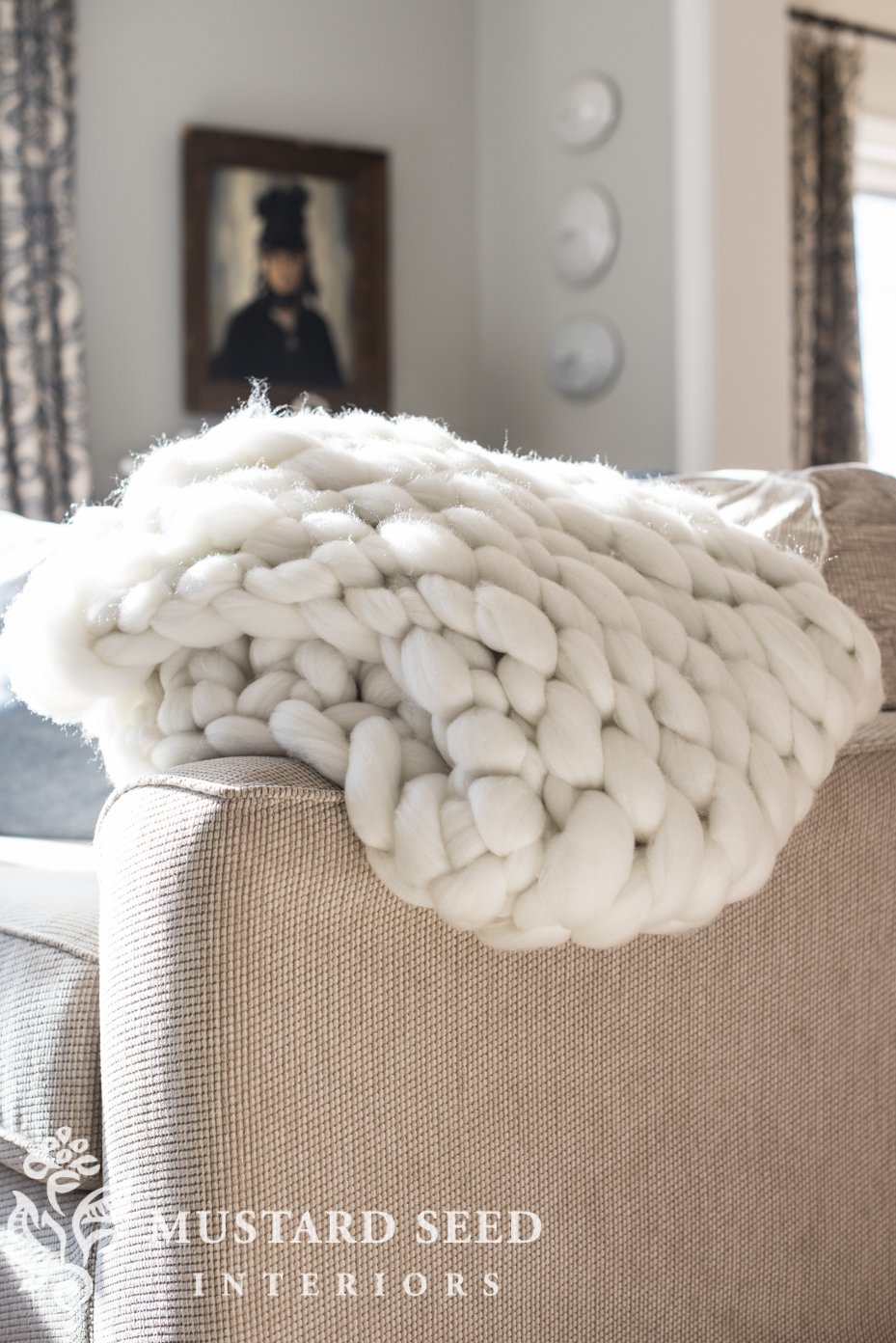 As soon as the blanket arrived, I knew buying it had been a mistake.  It wasn’t my style, it didn’t fit in with the rest of the decor my home and, aside from those unavoidable aesthetic issues, it was completely impractical.  It had to be handled carefully, so the thick yarn didn’t snag.  It was a magnet for crumbs, hair, fuzz, fluff, and just about anything else.  There was no way it could be washed.   This throw was to be looked at and nothing more.

And if that wasn’t enough of a waste, this throw was stuffed in a closet for almost a year without anyone even looking at it. 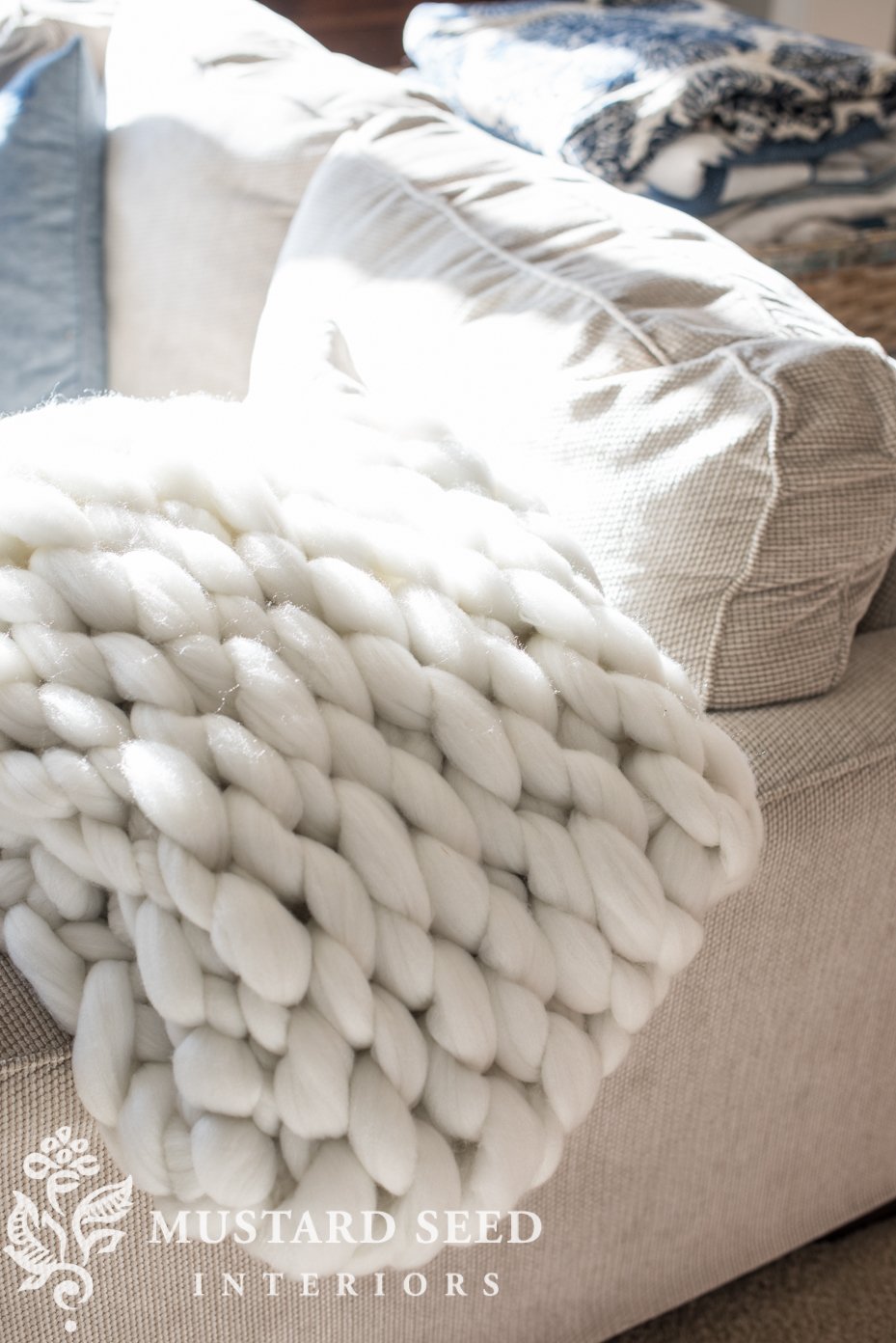 Well, I would look at it when I opened the linen closet to fetch a fresh towel or a box of tissues.  I would pause for a moment and take it in for what it was… a bulky reminder of what happens when I succumb to a trend.  It was a fuzzy cream caution cone, warning me to stay in my own style lane…  to remain true to what I love and not be so easily swayed by what other people love.

And honestly, a year is long enough to have to stare down something like that every time I’m changing the bed sheets or have need of the heating pad.

So, today I pulled it out of the closet, drove it to the thrift store, and gently passed it along to the attendant accepting donations.

Both of those purchases were foolish, but I can honestly say that I don’t regret them.  Woven and knit through the fibers that made up each throw are the valuable lessons they taught me.  They are so thoroughly intertwined that you can’t have one without the other.