a slip turned into a slip

I found a pretty antique petticoat a few months ago at an antique store and decided it would make a pretty pillow cover.  I would turn a slip into a pillow slip!  Two, actually.

Since the ruffle was only on one side, I made it like a slip-on pillow case instead of a traditional decorative bolster cover.  It worked out perfectly, since the ruffle hangs over the sofa and it’s tailored on the back side. 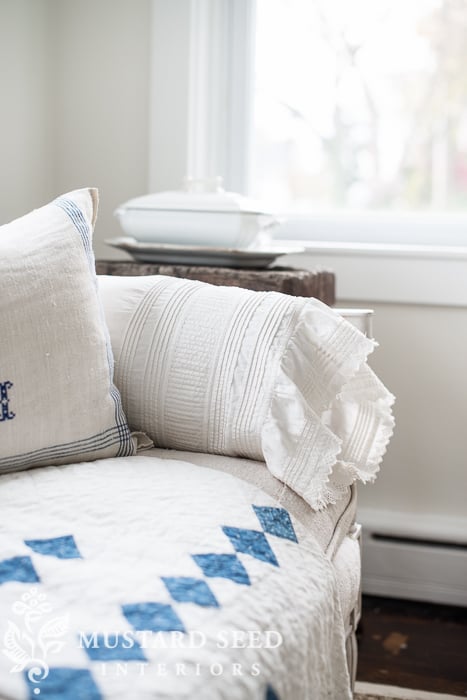 It always pains me a little to cut up antique linens, but the detail on this piece was too pretty to not use. 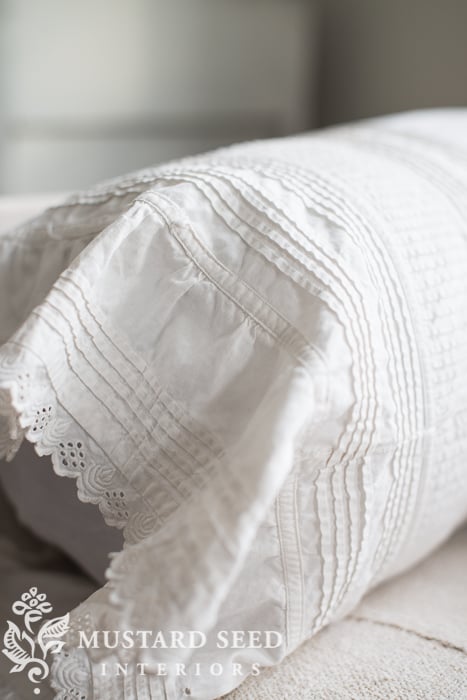 You can see a peek of the pillow form under the pillow case, but it’s white, so it’s not distracting.  I might make a simple muslin cover for it at some point, but maybe not.  I’ve even thought about putting blue and white ticking on the end that shows as a fun little detail. 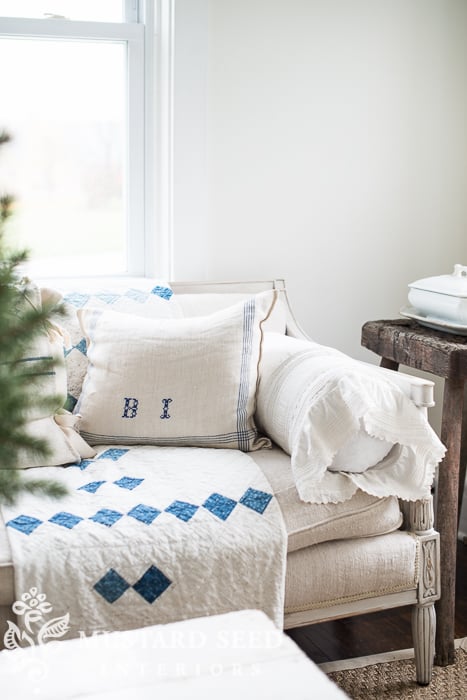 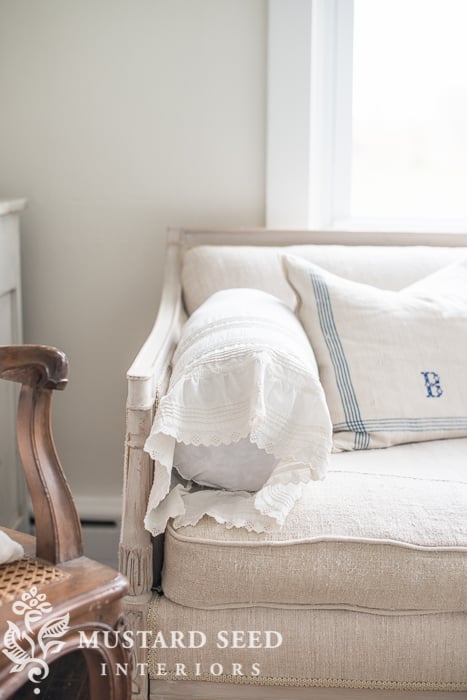 I made these pillow covers the same day I sewed the ones for my family room.  These have been pinned in place for a long time, so it was nice to cross them off the list.