Last October, I drove down to West Virginia to photograph the home of Melanie, from the blog Sweet Melanie, for Romantic Homes magazine.  This was the second time I was hired as a photographer and stylist for a magazine, so I had one shoot under my belt, but I am still very much a rookie.

I stopped by Melanie’s house the night before to check out the spaces, so I could get a sense of what rooms we should shoot first as well as what “fresh props”, like flowers, fruit, and food, I should purchase.

There would be some challenges.  The rooms were small, so I would have to use wide angle lenses and wedge myself into corners.  One of the rooms was in the basement, so the natural lighting was minimal and shadowy.

There were a lot of pluses, though.  First off, Melanie lived up to her blog name and she was so sweet.  She was a joy to work with and her home is beautiful.  She has worked very hard to turn hand-me-downs, yard sale/craigslist finds, and mis-matched furniture into a cohesive, Shabby Chic look.  She has also taken a home that really didn’t have anything special about it and transformed it with lots of creativity and architectural salvage.

So, I’m sharing about this now, because the issue featuring her home (and my photography) is hitting newsstands!  I just got my copy in the mail last week. 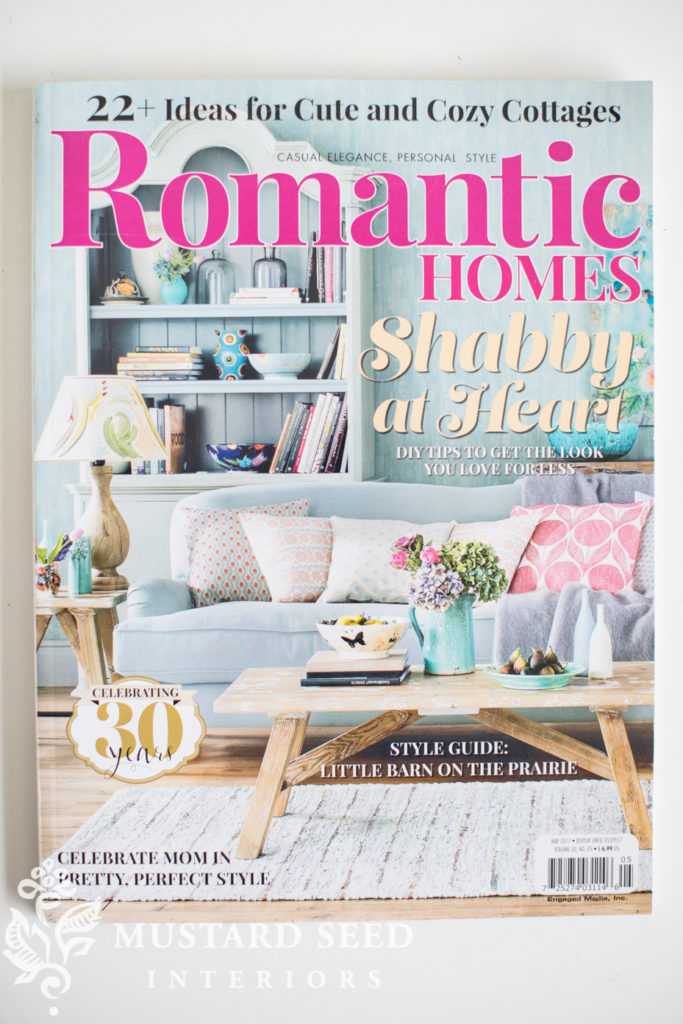 And the article is titled, “A Homemade Home”. 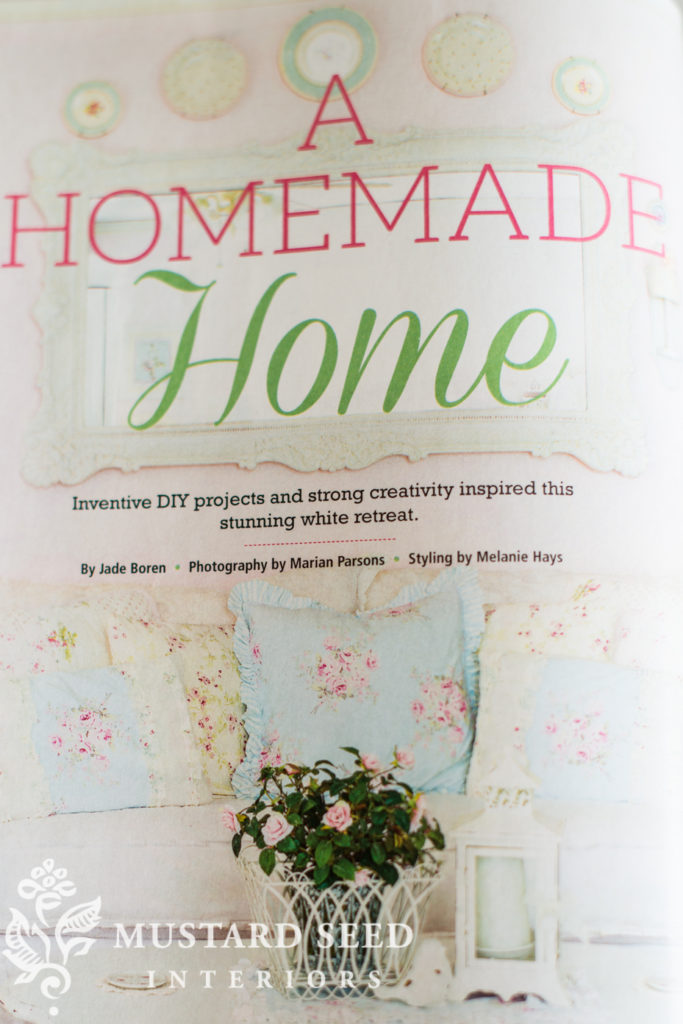 I’m so pleased with how the 14 page spread turned out!  I feel like it captured her airy, feminine style well and the pictures look clear and bright.  Here is a shot of the kitchen in the magazine… 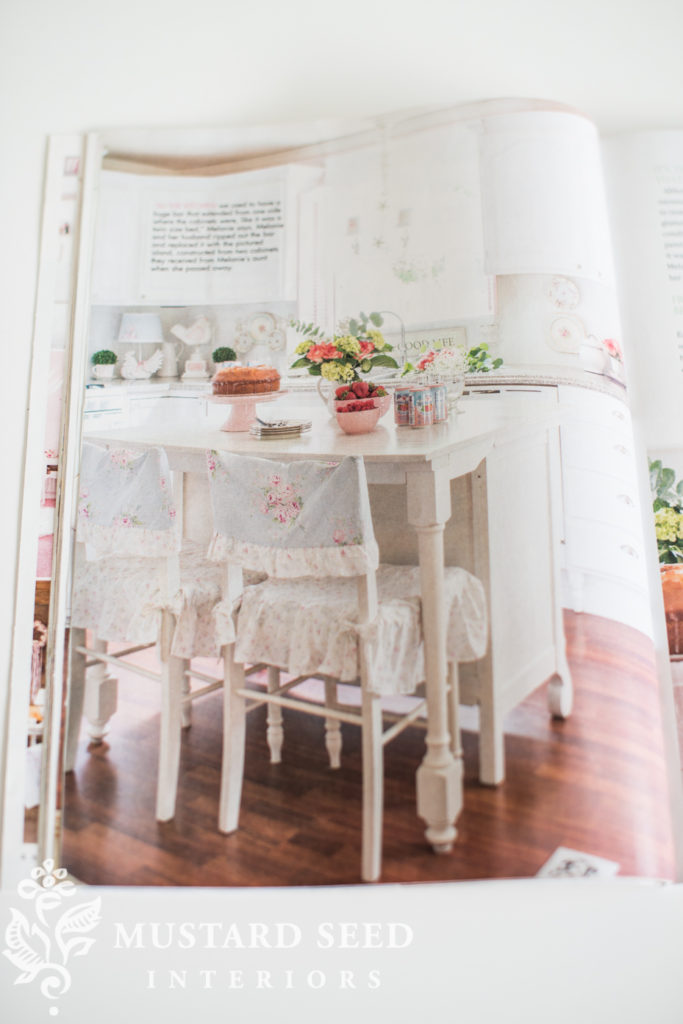 …and the digital image.  (You can see they were able to crop out the ceiling fan, which was nice.) 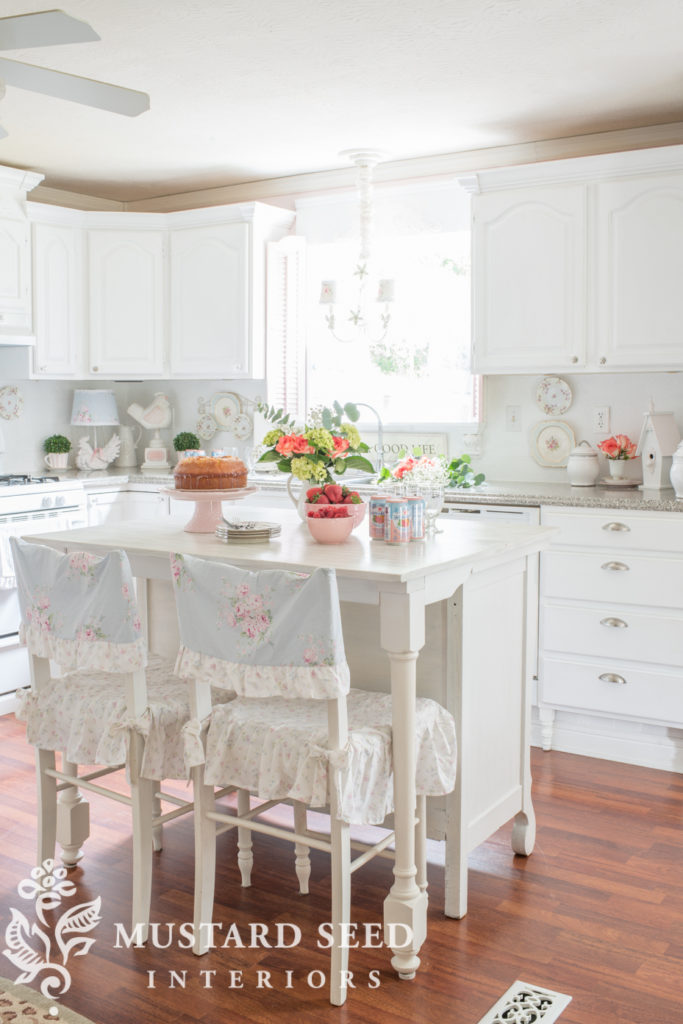 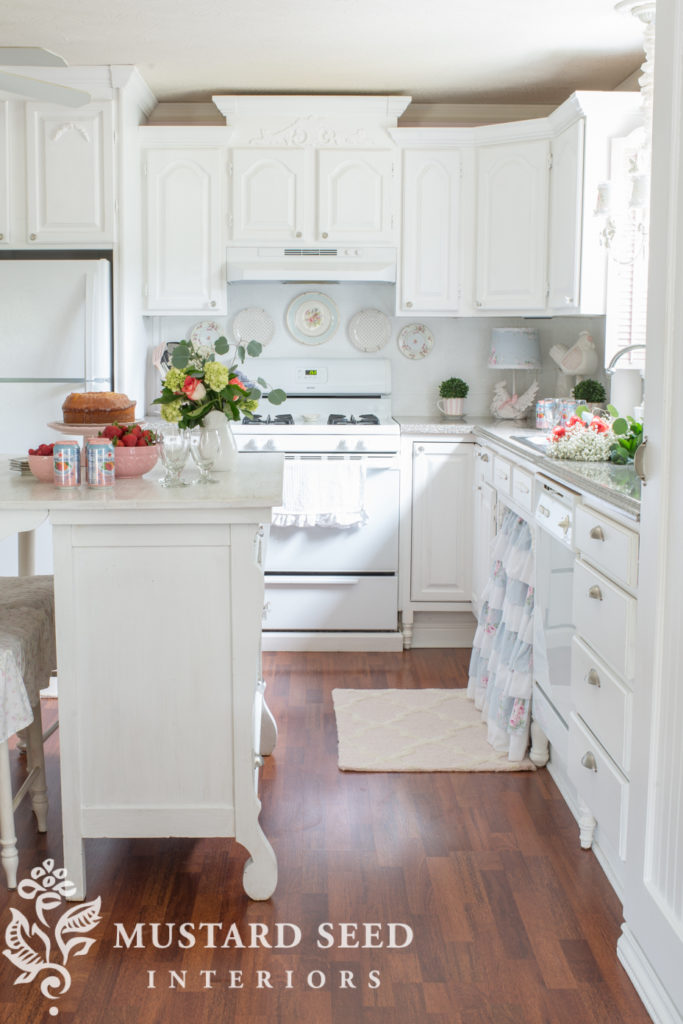 We shot the kitchen later in the afternoon, so we had some light streaming in the window.  This shot wasn’t as strong as the first one, but I like to give editors I work with lots of options!

The props for the kitchen shoot were my favorite.  Berries and a bunt cake seemed right at home there. 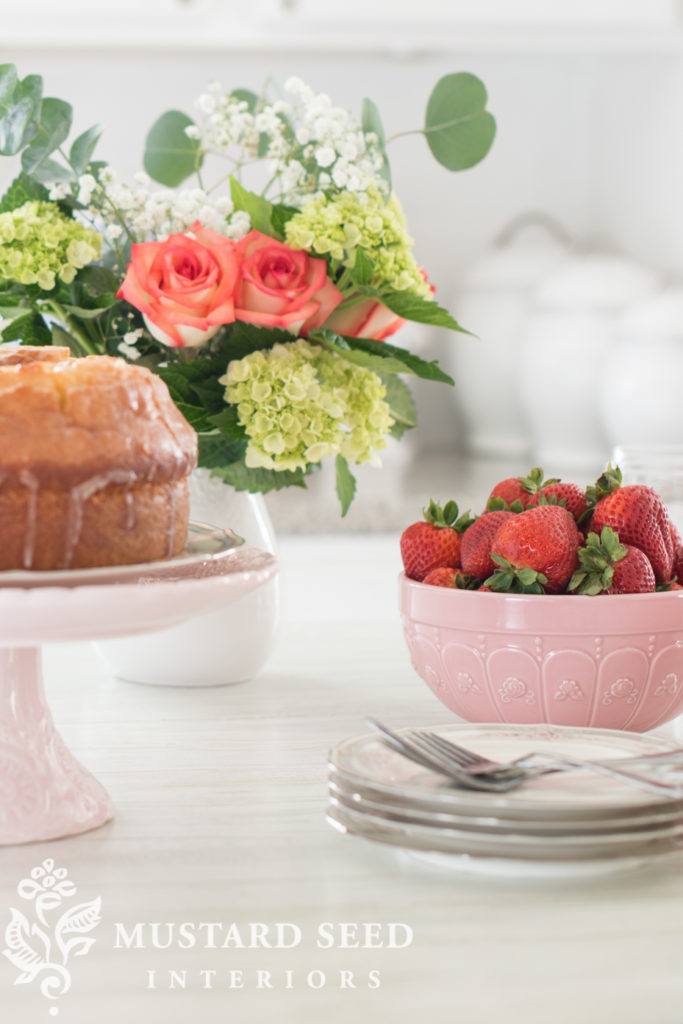 And I found these Italian sodas that were in the perfect color scheme!  I mean, prickly pear soda.  Who knew?! 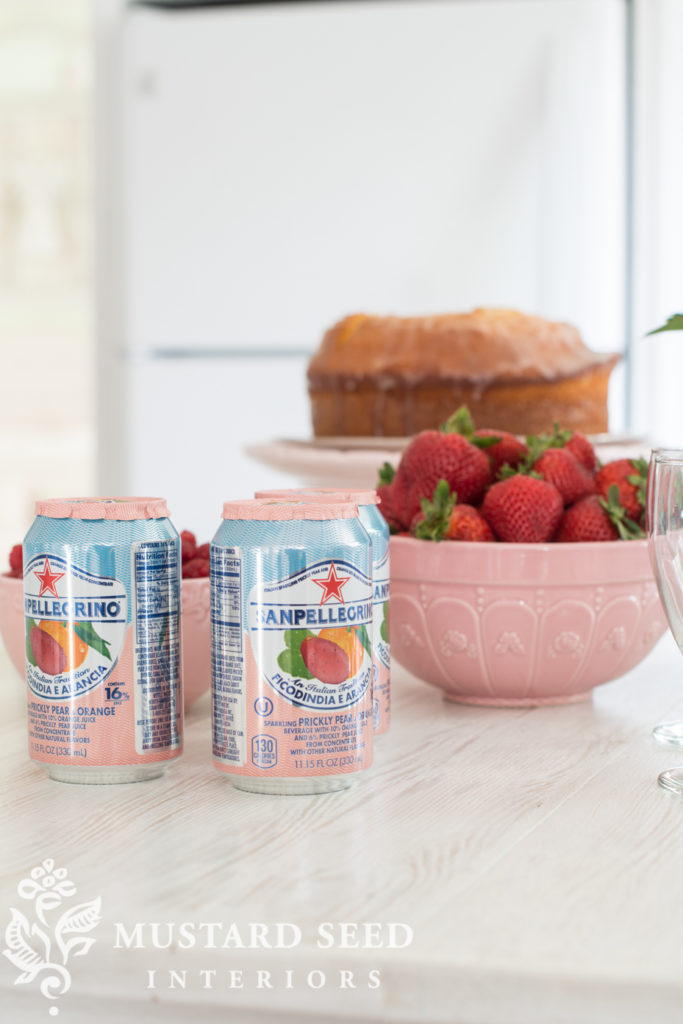 I loved this little “moment” in a corner of the kitchen.  The pink-painted step stool was so sweet. 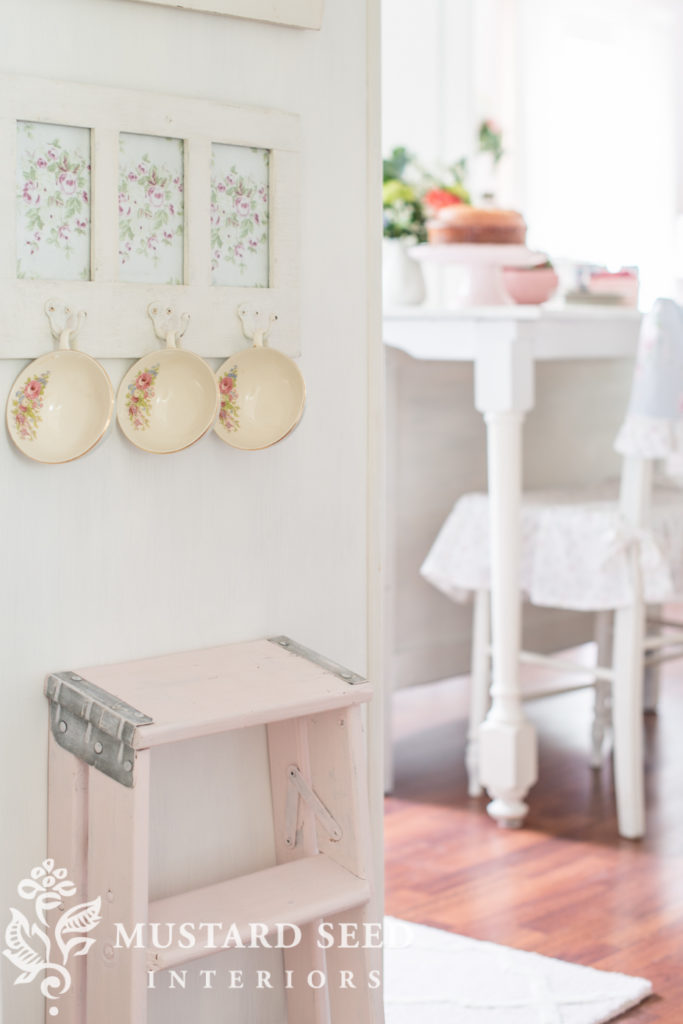 One of my favorite shots was of Melanie’s dining room… 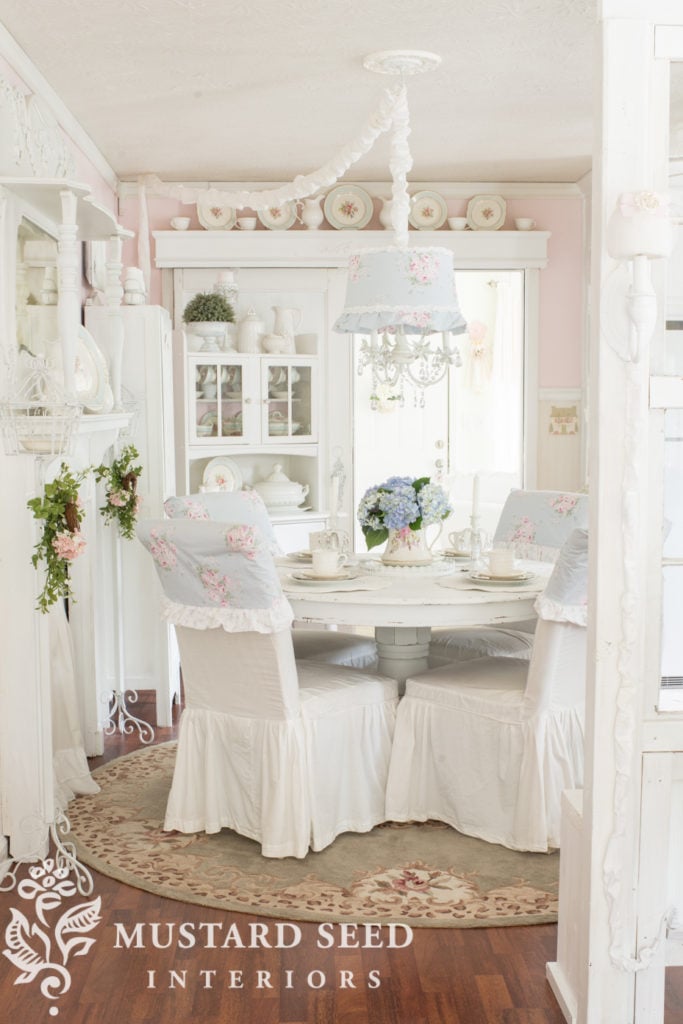 The blue hydrangeas in that pitcher really popped against the pale pinks and brought out the blue in the seat covers and lampshade. 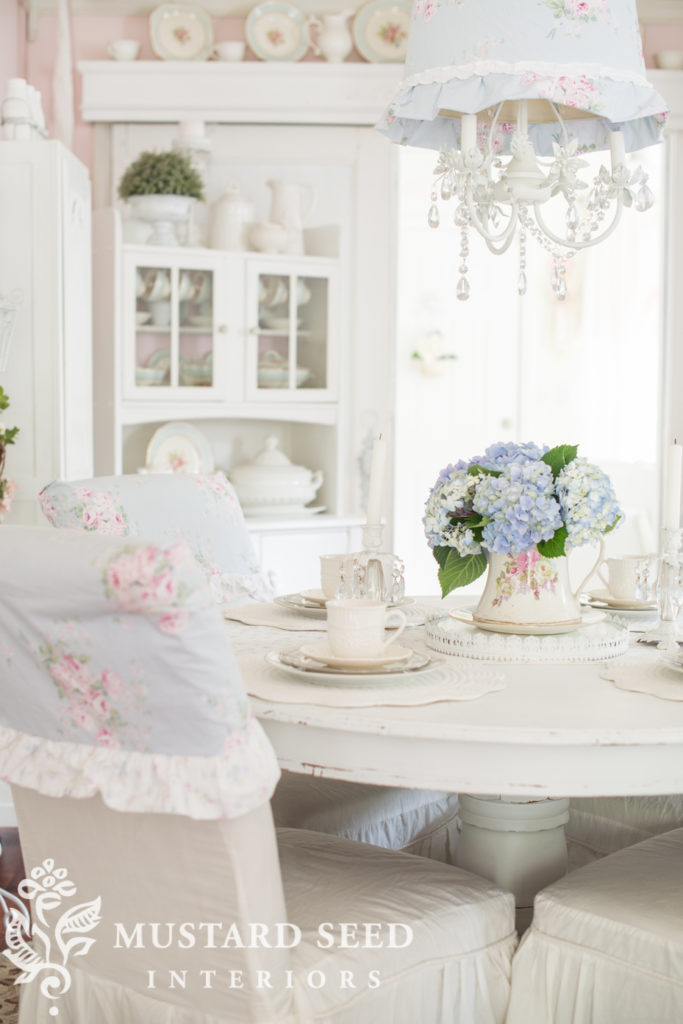 Can you believe Melanie sews most of her slipcovers out of bedsheets?  You can tell she sews a lot!

The basement master bedroom was the biggest challenge when it came to angles and lighting.  There was just one small window to let in natural light and that was it. 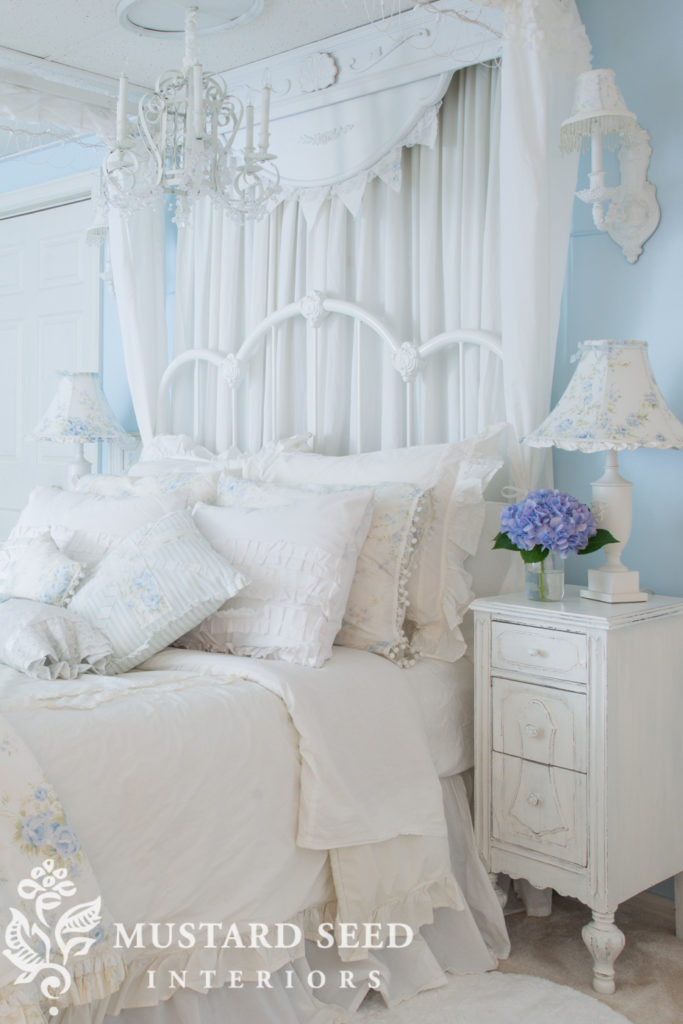 I spent the bulk of my time in that room, because it was tricky, but we ended up with some shots that showcased Melanie’s ingenuity and talent. 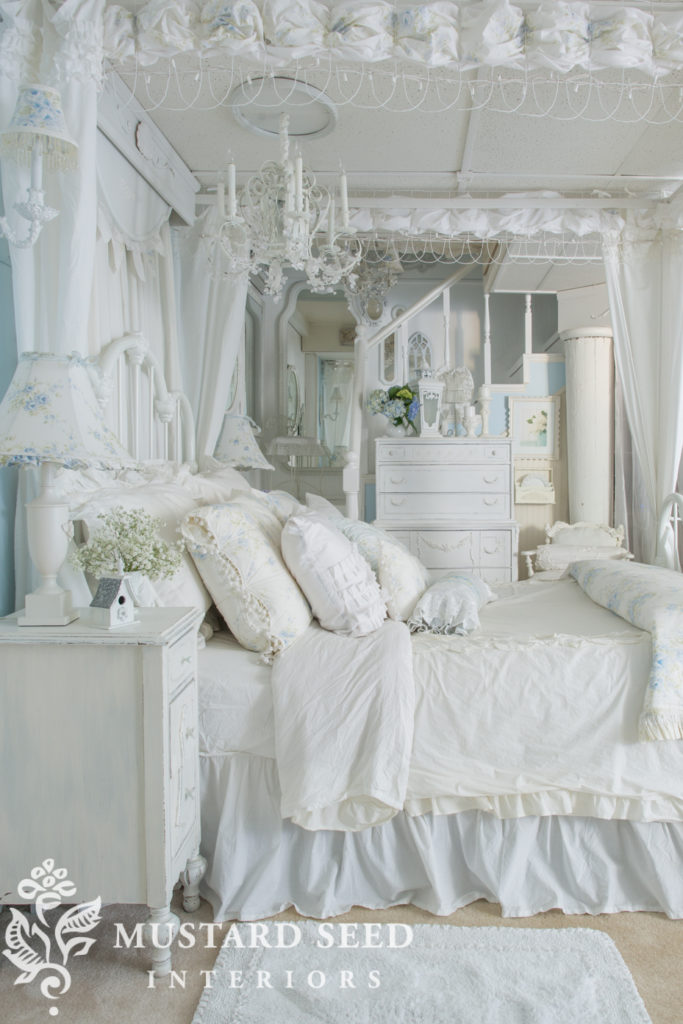 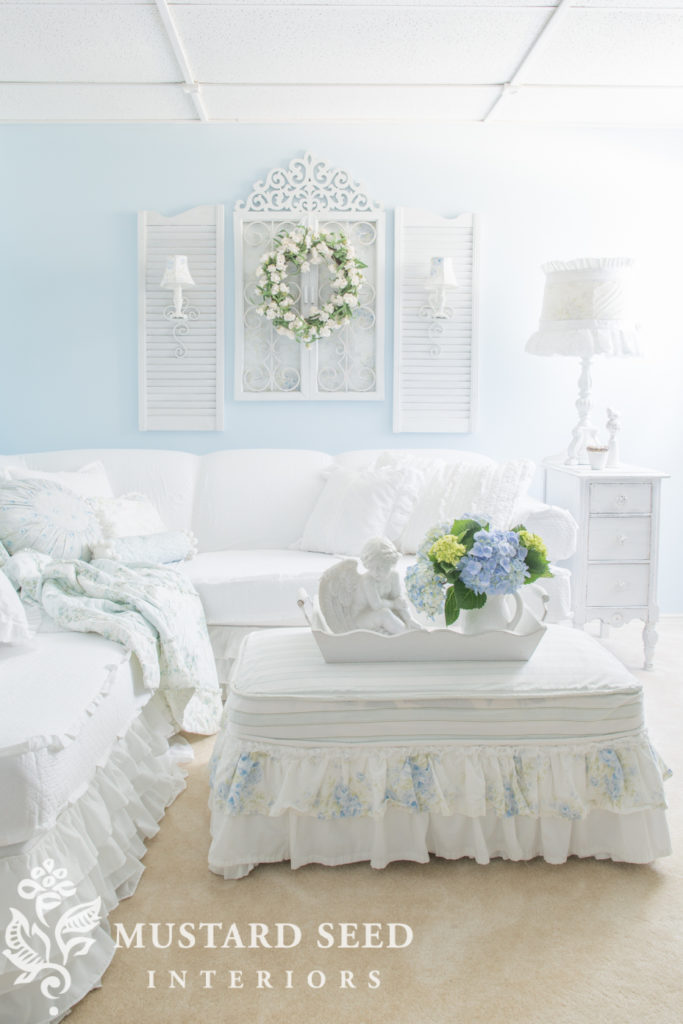 As far as styling, I kept most of the decor the way Melanie had it.  I just added a few fresh flower arrangements or nudged something one way or another.  I think it’s important that the homeowner’s style isn’t muddled by me adding a bunch of things that may or may not be her taste. 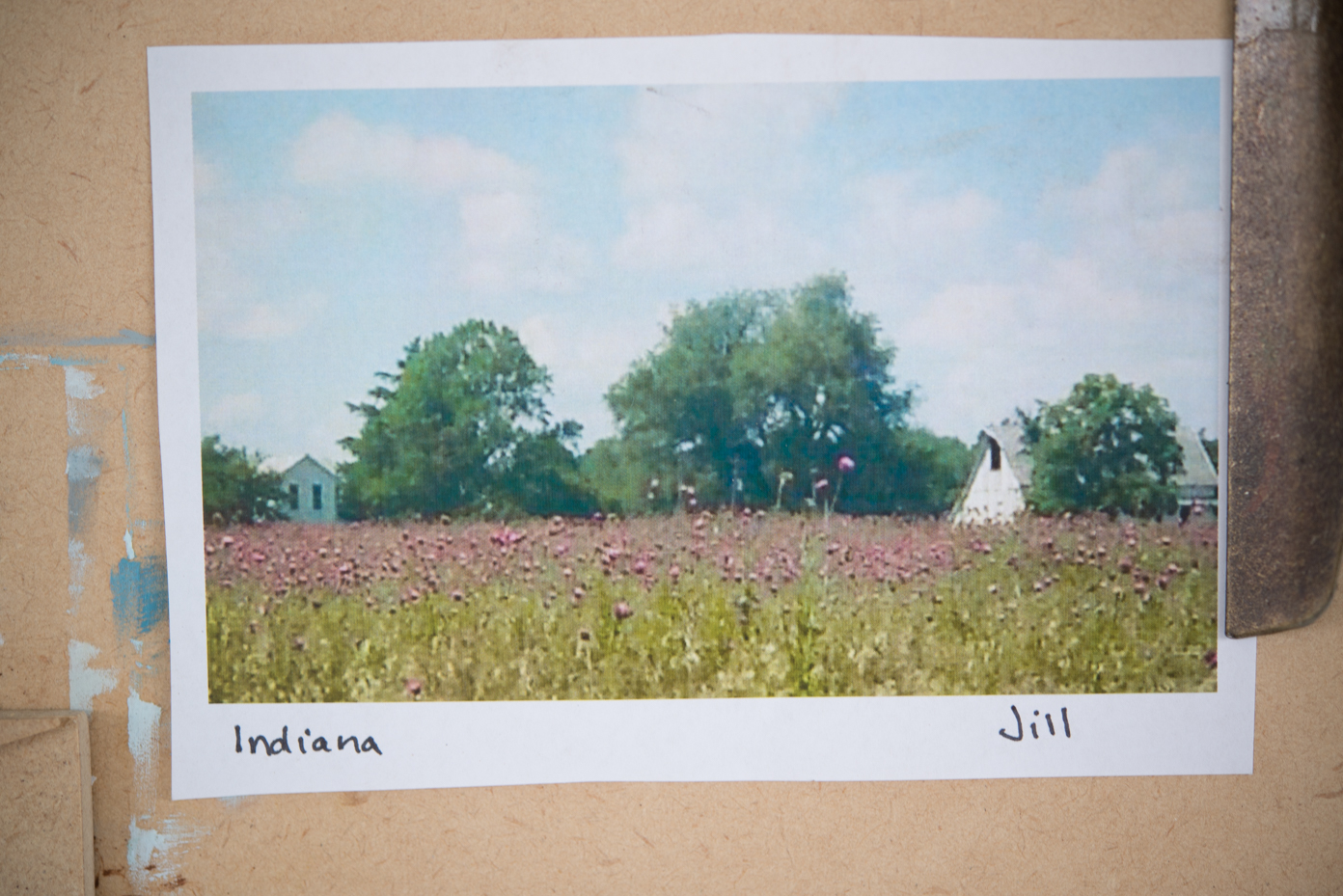 We did have to rearrange some furniture, but that was only because she had rearranged her furniture since the scouting shots.  We had to move things back, so they were a closer match to what the editor wanted.  Melanie was game, though, and you could tell she was a girl who didn’t mind scooting around some furniture!

A girl after my own heart.

To see the full spread, check out the May 2017 issue of Romantic Homes.