I moved around the furniture in my living room on Monday when the piano was moved out.  Of course, moving the furniture in one room usually impacts another room as I borrow and steal from other rooms.  Fortunately, all of my furniture is on felt sliders, so I just scoot things around until I like them and then scoot them back if something isn’t working.

I have learned that I need to live with new arrangements for a few days to see how it works…aesthetically, functionally. Sometimes things that seem crazy end up working.  Sometimes when I first move something, I start to question myself, but I think that’s because it’s change.  It just looks different and I have to get used to it before I can look at it objectively.

The living room is feeling larger, more open and inviting now, but I’m still playing around with it.  I’ll share more as it develops, but I did get one crazy idea as I was working on a photo shoot.

I was pulling a piece of vintage grain sack to use for the shoot when the petticoat I bought a couple of weeks ago caught my eye.  I thought, this would make an amazing pillow cover.  I grabbed it off the shelf and wrapped it around one of the naked bolster forms on the living room sofa. 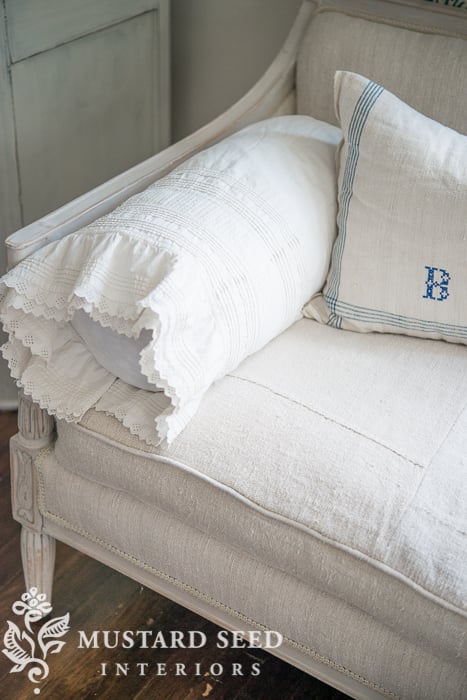 It’s a little frilly, but the pin-tucking keeps it from being too over the top.  So, I think I’m going to add making two bolster covers to my to-do list. 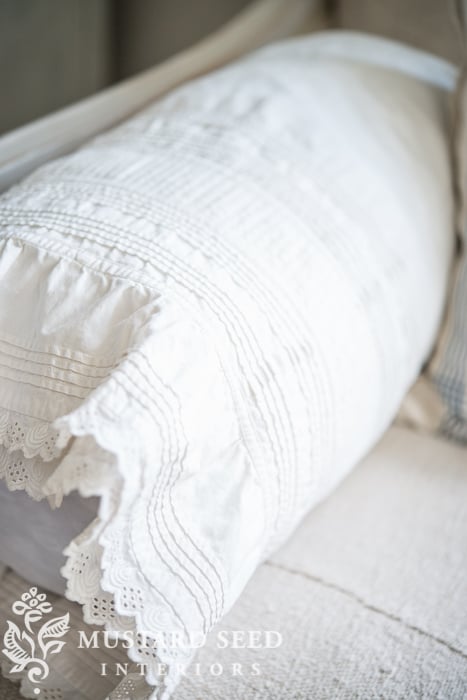 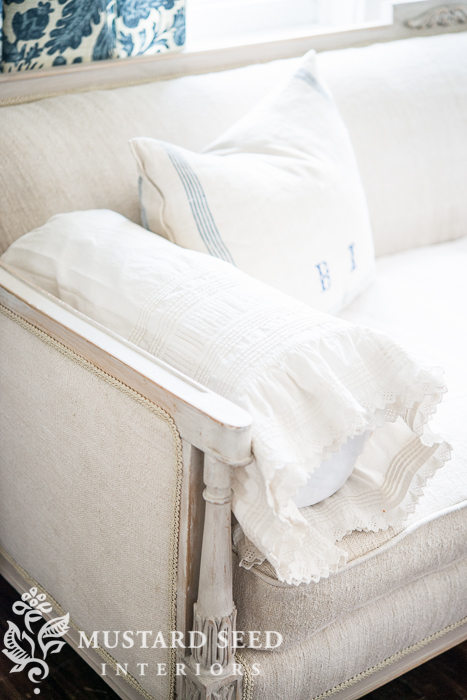 I had planned to use another petticoat for a sink skirt in the 1/2 bath, but then we put the house on the market, so I didn’t.  Well, now that’s gone back on the list again.

The list is long and keeps getting longer, but that’s just how lists are…

I wanted to share some of the pictures I took today.  I never did a shoot with the mini-whisks we carry with our paint line, so it was time to fix that.  Originally our retailers were buying these on their own, but they were hard for some to find, so we decided to add them to the line.  They really do a great job at breaking up the lumps when mixing milk paint. 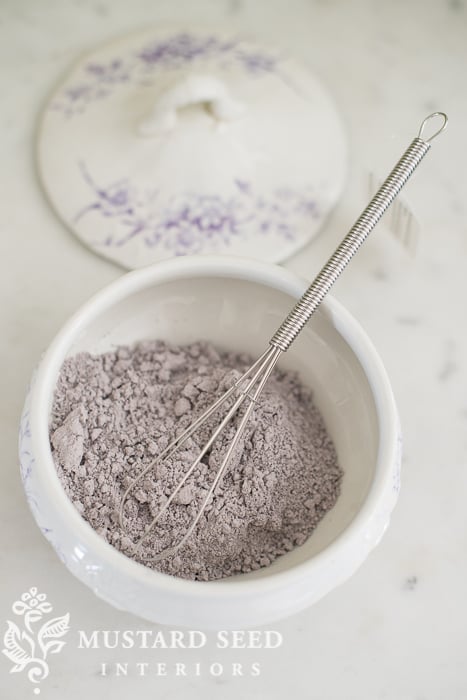 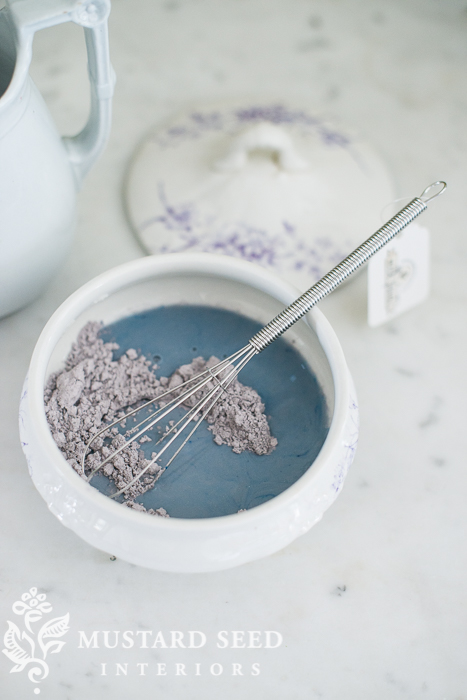 Those blue pigments pop right when the water hits, but it becomes purple once it’s mixed. 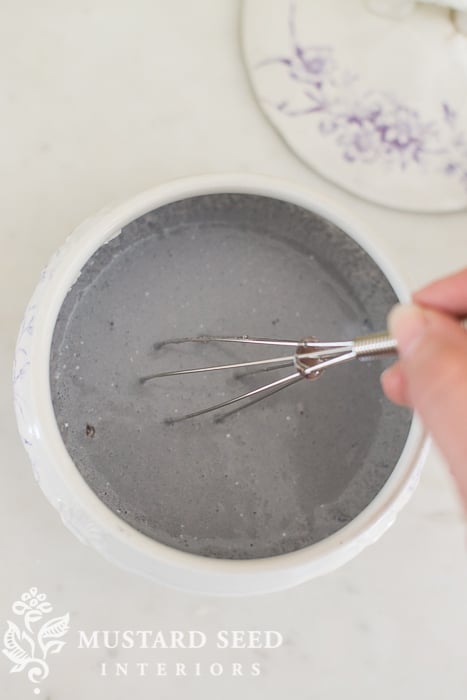 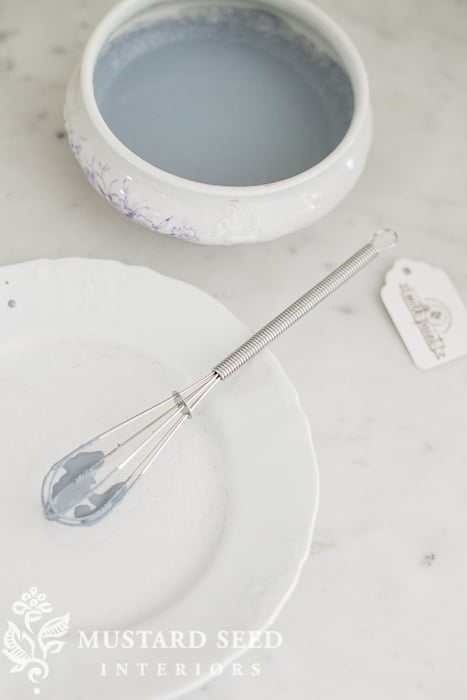 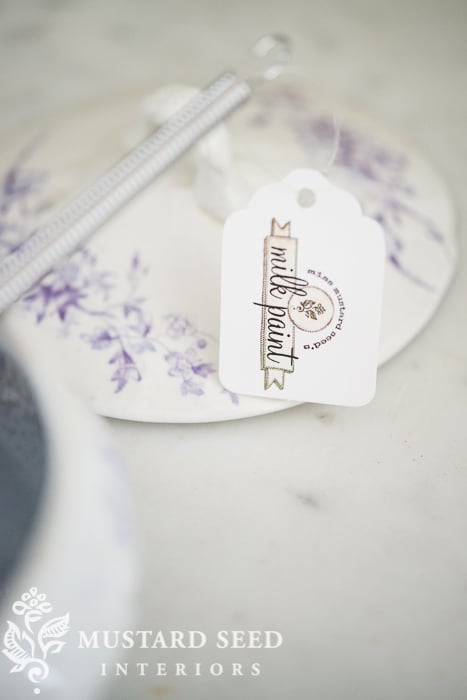 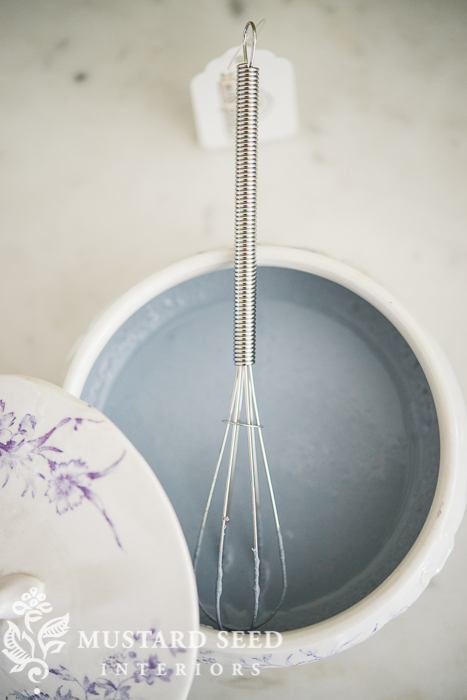 I decided to use the color Dried Lavender for the shoot, since I don’t usually use it, or purples in general.  And it was so pretty with my $.50 yard sale find… 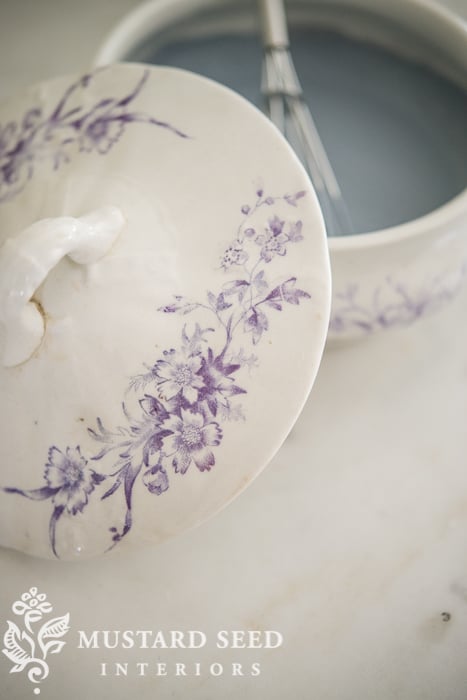 …an ironstone butter dish with purple flowers.  I usually use it to hold my brush soap, but I borrowed it for this. 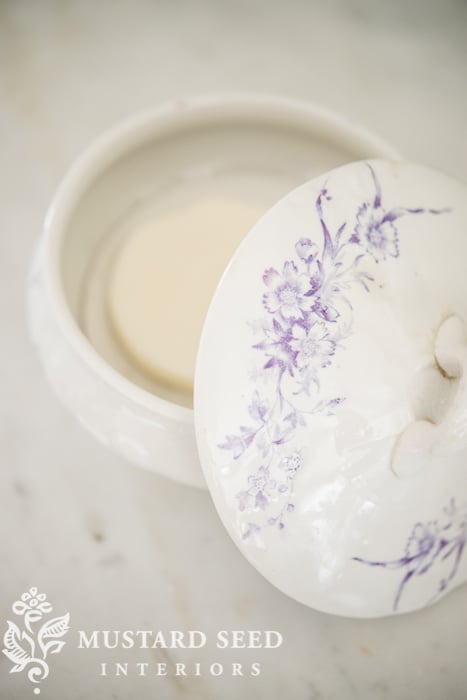 I also received a few MMSMP aprons in the mail!  They look so good in person… 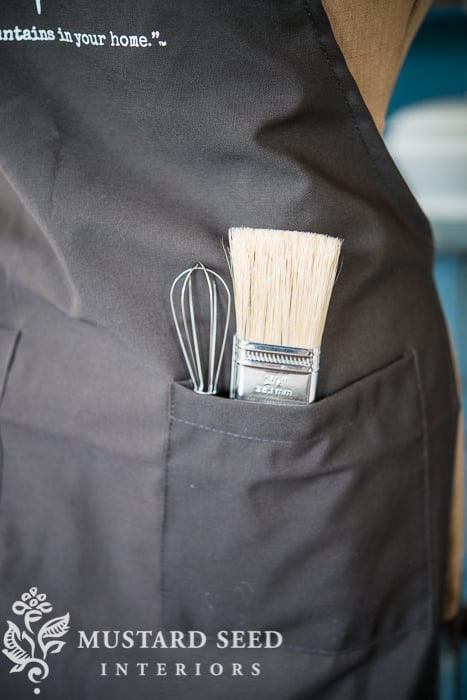 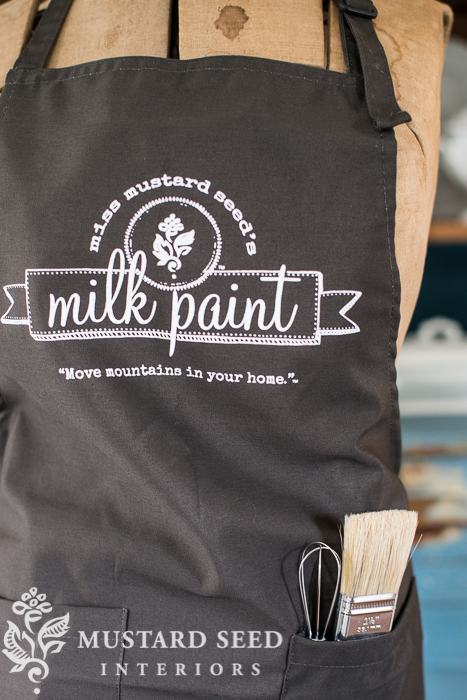 You’ll see me wearing them in my videos and they’ll be available for sale at our retailers. 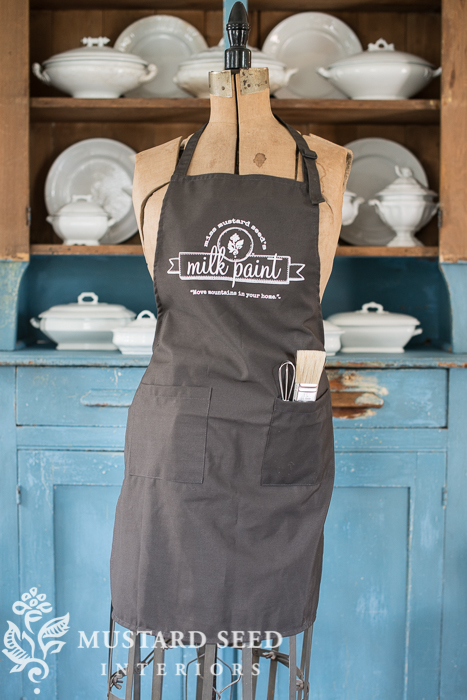 When the idea was first pitched to me about aprons, I wasn’t so sure, but I got a lot of feedback that people wanted them specifically for workshops.  I’m glad I was talked into them, because they are pretty cute… 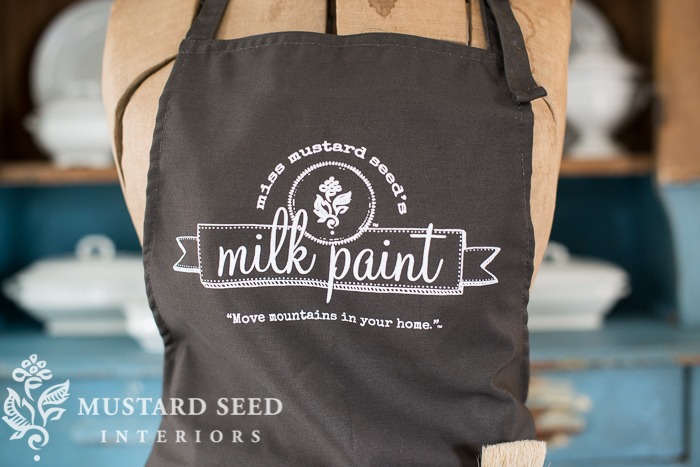 …and seeing my logo on things is always amazing and never gets old, boring or common.

Speaking of my logo on things…3,000 copies of Look Book One will be dropped on my driveway on Friday.  Yeah, we take DIY to the extreme!