progress on the “deconstructed chair”

This is possibly one of the longest chair makeovers ever.

I’m working on it in 10-15 minutes increments as time allows, which is not my usual style.  One reason I am so productive is that I knock things out pretty quickly and all in one shot.  The season of cranking pieces out one after the other will come again, but it’s just not right now. 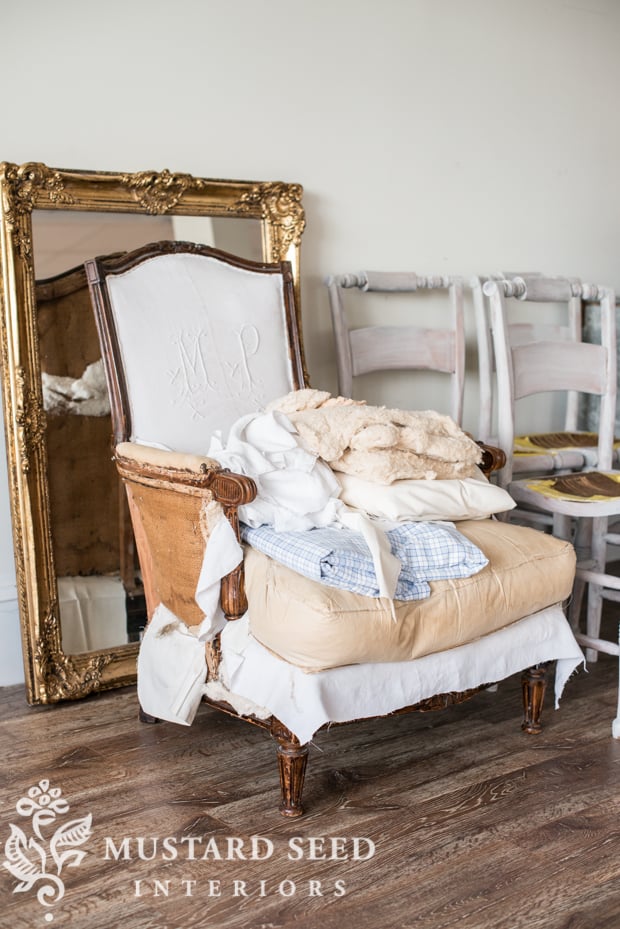 Last week, I took some time to staple on the decking (the piece of fabric under the seat cushion) and then the bottom of the back and sides. 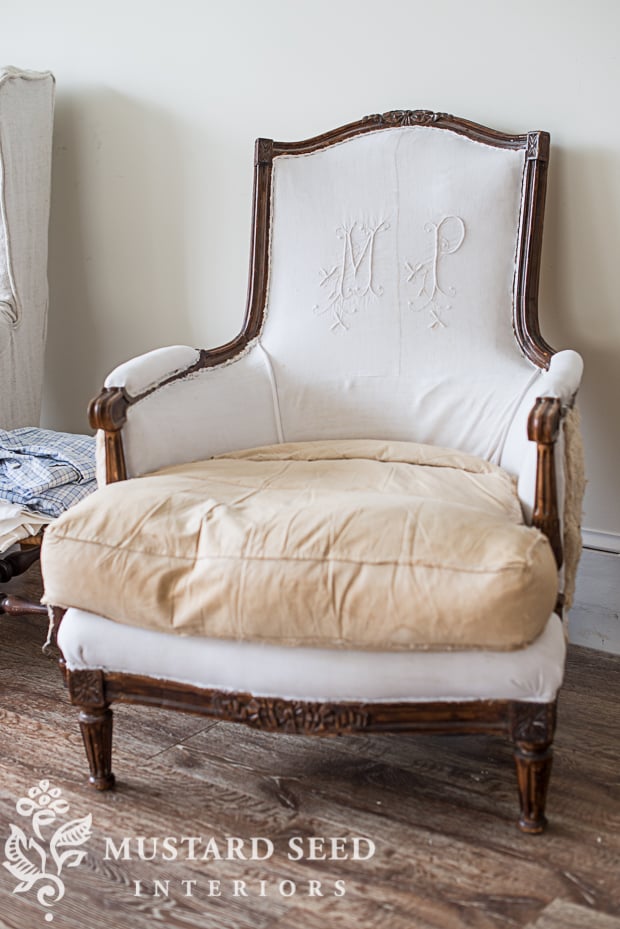 Those steps really fixed some of the pulling issues and wonkiness, but there is still a little slack on the left side, but I have now learned that lightweight antique linen layered over cotton twill is not the easiest fabric combo to work with when upholstering. 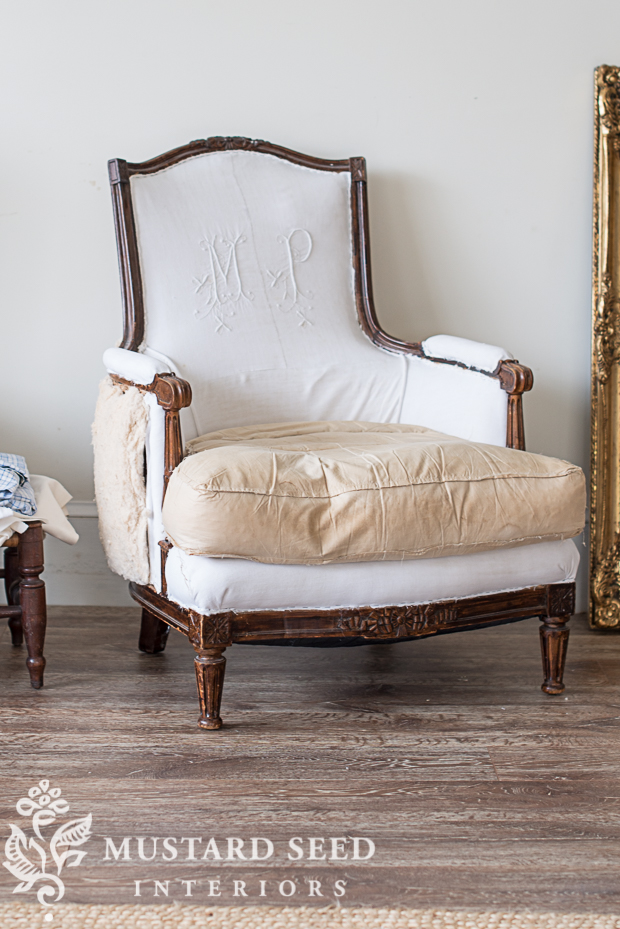 It does look so pretty, though, and that little bit of wrinkling doesn’t change that for me.  I see that white-on-white monogram against the pretty wood frame and I can’t help but love it. 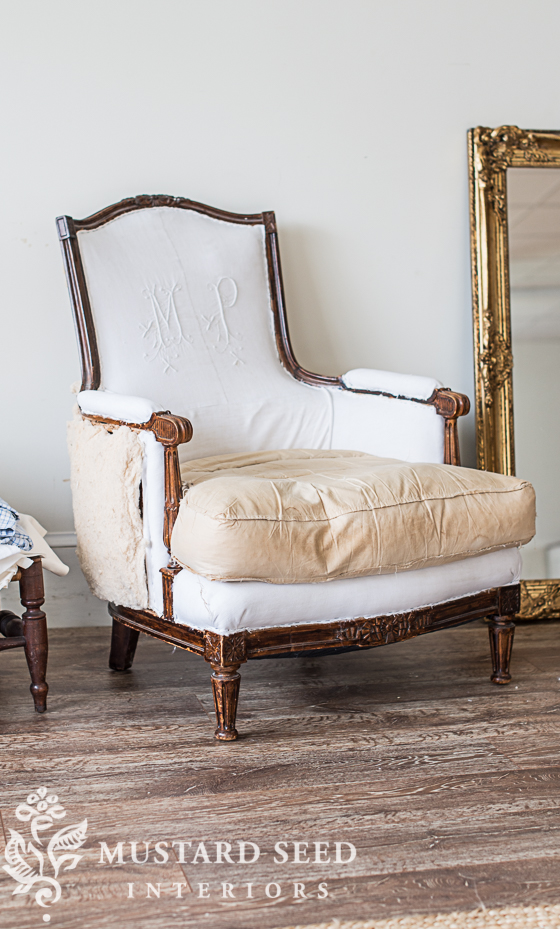 I added the batting on the back and now I’m a little stuck with how to handle the sides, so that the staples don’t show.  I think I’m going to have to use….  a tack strip. 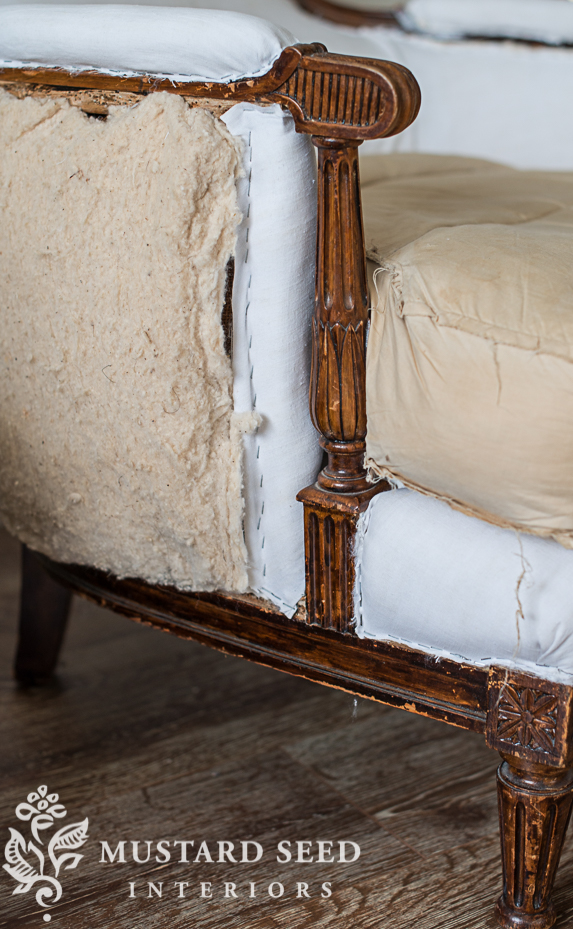 I don’t know why I’m such a weenie when it comes to things like tack strips, zippers, etc.  I know they aren’t hard, but they feel complicated to me and I want to avoid them when I can.  I don’t think I can avoid the tack strip on this project, though.