I mentioned in an earlier post that I had been feeling like my house was “preserved boxwooded-out”, so I started swapping some of them out for live plants.  A few readers here on the blog and on Instagram said they felt the same way and I thought I would write a post about it.

I know, for me, I added preserved boxwood in lieu of fresh flowers and live greenery.  I wanted to add some life to the space, but didn’t want the upkeep that comes with live plants or the cost that comes with buying flowers each week.  I also am really picky about using fake flowers and greens.  Some of them can look nice, but they rarely look really real.  And, when I think of fake flowers, I immediately make the jump to dust-covered arrangements with frayed fabric petals.  I know that’s totally unfair to really nice “fauxliage”, but that’s what comes to mind.

When I tripped across preserved boxwoods, I loved them immediately.  They are real, green and require zero maintenance.  Sounds good to me!  I’ve been adding wreaths and topiaries around the house ever since. 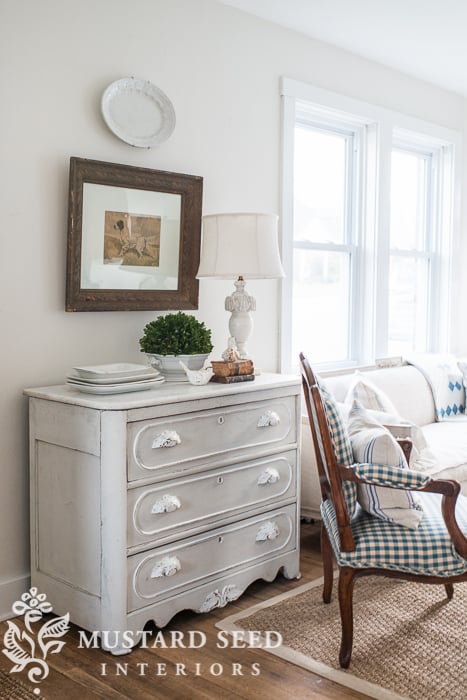 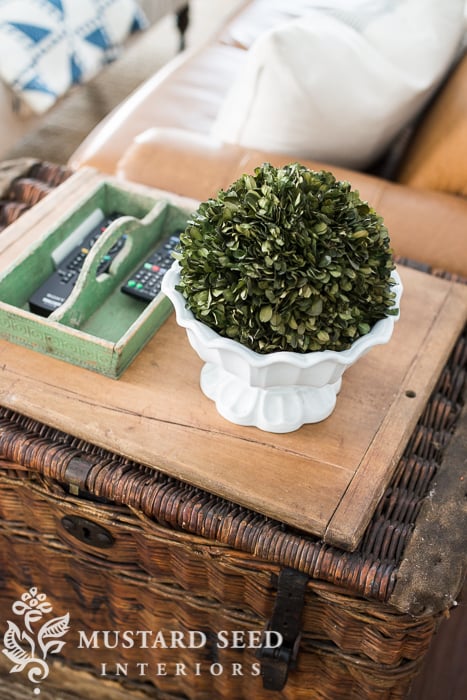 I finally realized a few weeks ago that they are everywhere!  I counted and I had over 20 preserved boxwood pieces in my home and that is just too many.  Also, a few of the really old ones were starting to get fuzzy, just like the silk flowers I mentioned above.  I tried rinsing, vacuuming and shaking them off, but I couldn’t get them looking like new and it was time to let them go.

As I started to look at the boxwoods with fresh eyes, I noticed a few things that weren’t working for me.  First of all, when you use the same thing over and over in a home, unless it’s an intentional collection, it can start to just look repetitive…like you don’t know what other design choice you can make.  You’re stuck in a rut.  “I need something green, so let’s go with yet another preserved boxwood.”    The boxwood pieces, though they were in varying shapes, were all the same color and texture.

I didn’t remove all of the boxwoods from my house.  I still love the wreath hanging on the cow in the kitchen and I have a  little topiary in a bathroom that doesn’t get any natural light, so a preserved plant makes sense.

Otherwise, I’ve been swapping the preserved boxwoods out for real plants… 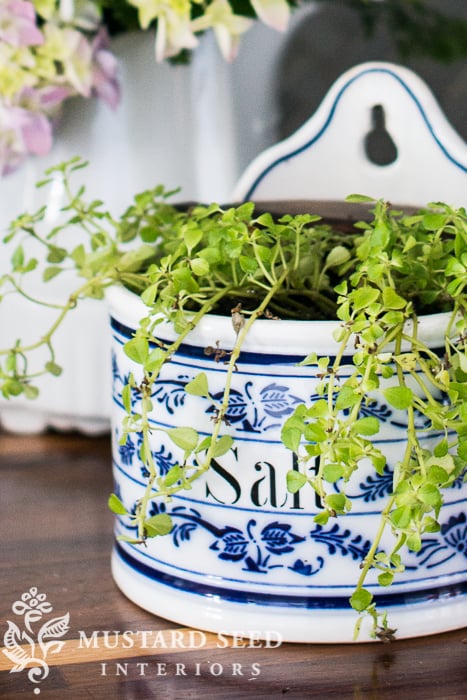 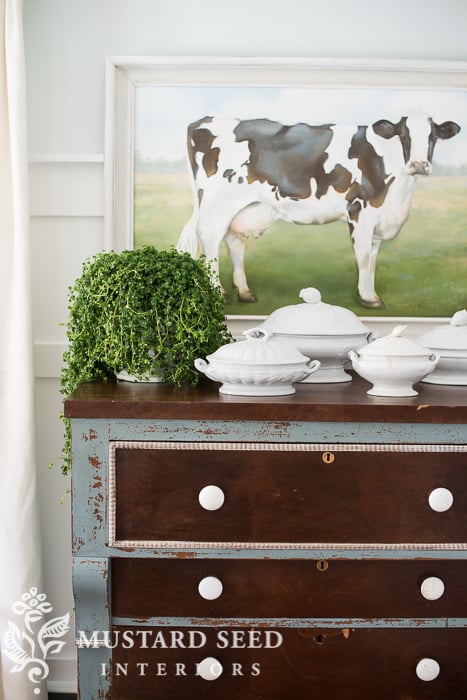 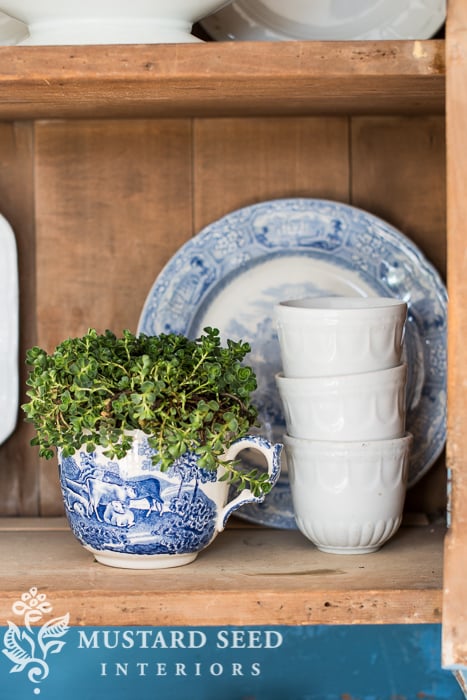 …and some flowers from my bushes while they are in season. 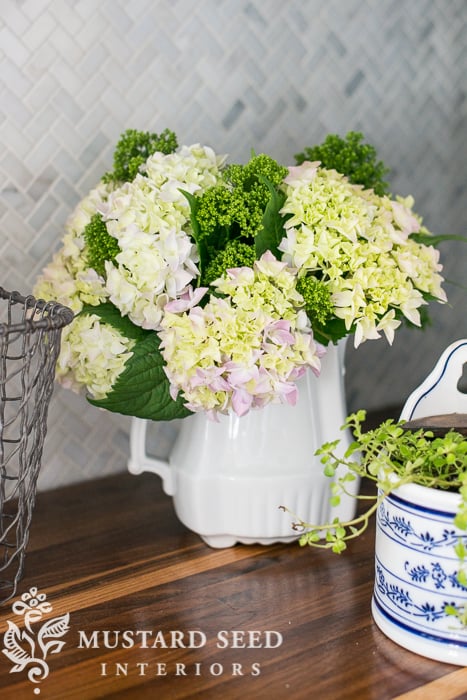 I pitched the preserved boxwoods that were looking tired, but I am storing the rest in the basement, so I can still rotate them in and out, but never will they be displayed in such large quantities!  Two or three would be fine, though.

If you’re looking for other preserved greenery options, lemon cyprus is a bright green with feathery leaves and comes in wreaths and topiaries.  Basil lepto (shown below) and seeded eucalyptus are also pretty. 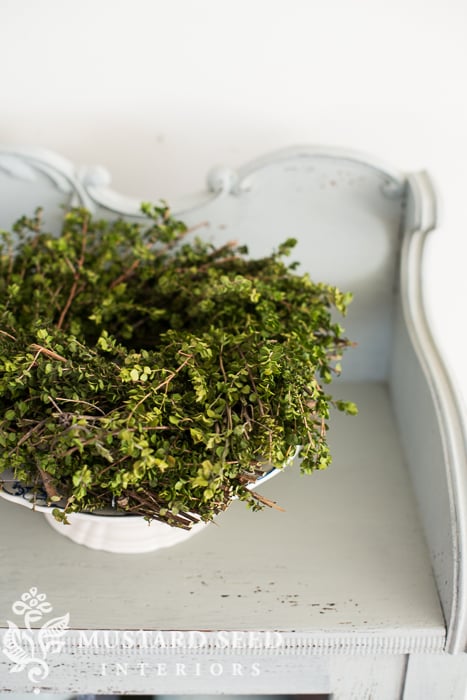 Do you need a preserved boxwood intervention?