In June of 2011, I painted my kitchen cabinets.  I had been itching to since I first walked through the house that became our home.  Several things stopped me.  Number one was my husband.  He just wasn’t ready for me to paint over perfectly nice wood cabinets.  Number two was that we had two babies 19 months apart.  I was willing to refinish floors, paint walls, slipcover furniture and start a business, but painting the cabinets was a bit more than I wanted to tackle. 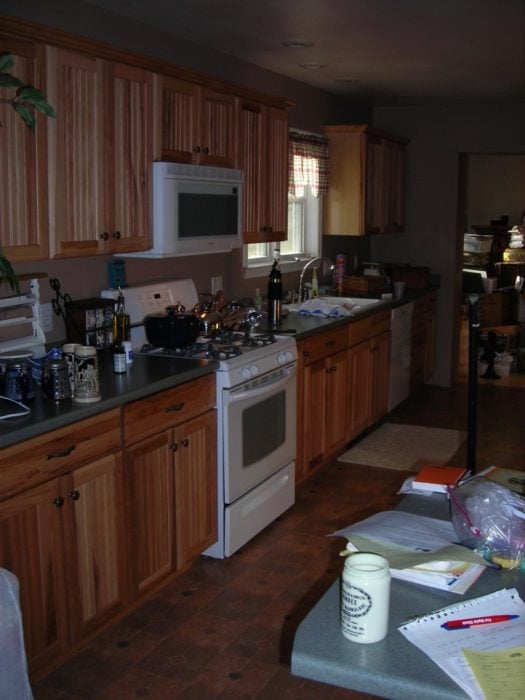 So, I settled for painting the walls a pale yellow to brighten up the space and waited for the right time to make my move.  You know the move.  The “Hon, I’ve been thinking…” conversation.

(Nothing like a toddler in underwear streaking through a photo shoot.  This was a common thing when my boys were smaller.) 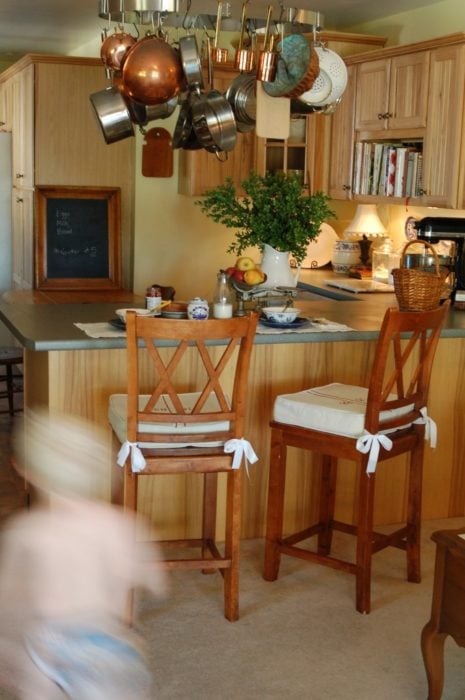 I finally got my chance when I was asked to partner with True Value as a part of their blog squad.  The walls went from pale yellow to pale blue and I repainted the ceilings in the family room and kitchen.  I also bought primer and paint for the cabinets as well as new hardware. 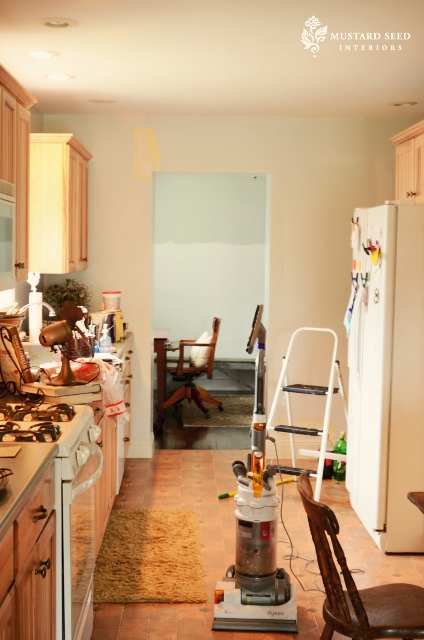 The project was a bear.  I think I have 51 cabinets doors…I haven’t counted since I put them back on after painting them.  It took me about two weeks from start to finish, but it made a huge difference in the look of the room.  Huge. 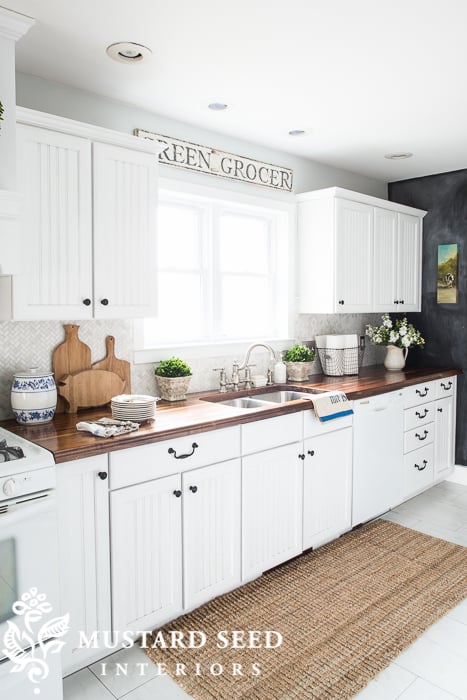 I used Zinsser Primer, which is water, based followed by Benjamin Moore’s Satin Impervo, which is oil based, in off-the-shelf white.  That’s not the name of the color.  It’s just the default white sold off the shelf.  (This isn’t a paid review or featured post, by the way.) 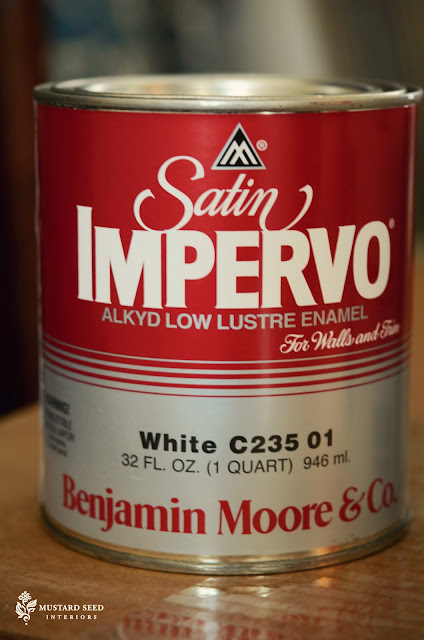 Oil is very different to work with if you’ve only used latex, Chalk Paint, Milk Paint, etc.  I wouldn’t say it’s my favorite to work with, but it has worn so well and I would use oil on kitchen cabinets again in a heartbeat.  (Here’s a video on how I painted my cabinets, if you’re interested.)

(I misspoke at one point in this video.  I say it took me “three coats”, but I meant “three quarts” of primer.  I only applied one coat.)

Anyway, even though it’s oil based, it hasn’t yellowed.  It’s still bright white.  The paint has not chipped at all.  It has held up to scrubbing, sticky fingers, coffee and soda spills, an orange juice explosion (courtesy of Mini Mustard Seed), and everything we’ve thrown at it (like stretchy super heroes, gummy snacks and mushy Cheerios )  The only place the paint has worn away is on the door to the cabinet under the sink… 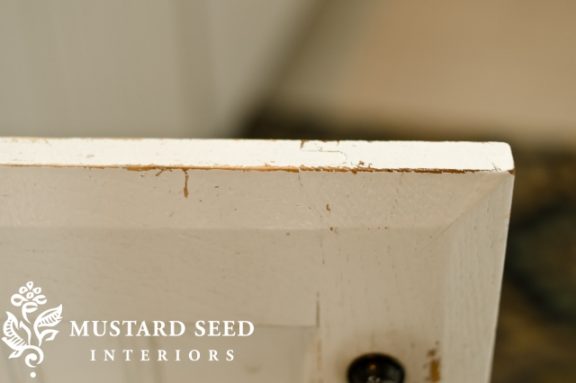 We’re in and out of that cabinet at least 15 times a day, so if that’s all the wear that shows in the entire kitchen, it still gets a thumb’s up in my book.

I’m working on my kitchen now, so I thought I would give an update.

I finished grouting my kitchen back splash today.  The grout float tool and I understood each other much better after our bonding experience yesterday.  I don’t think I’ll quit my day job, but I have decided that DIY tiling is not so bad.