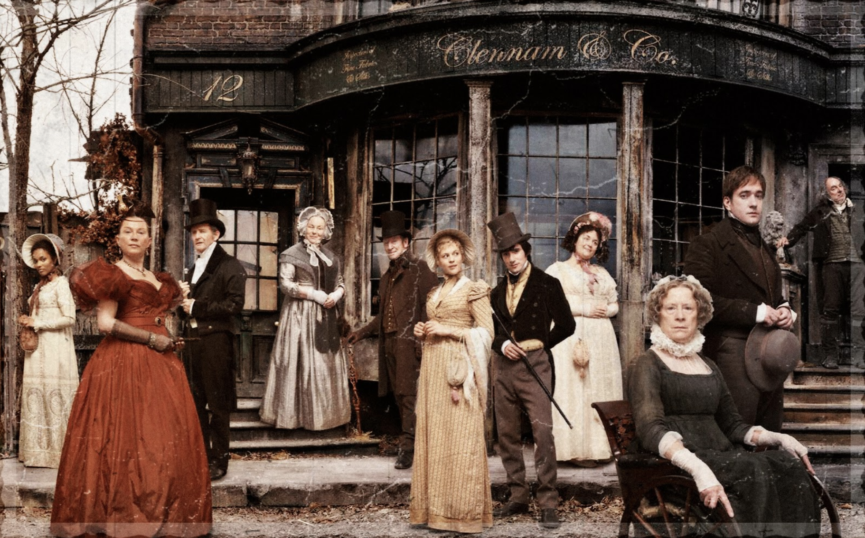 I’ll just put it right out there.  This post is a complete change of pace.

A few weeks (months) ago, I mentioned my love for period drama miniseries on Instagram stories and I received a bunch of requests to share my favorites.  So, I started a list and I finally hunted down all of the images and details to share with you.

Since this is a long post, I just share a little blurb about each one and a thing or two that I love (my favorite moments).  Some of them will sound cryptic if you’re not familiar with the story, but my “thing” can be like a little Easter egg to hunt for as you’re watching the series.

Oh, and most of these can be found on Amazon Prime, Netflix, or one of the Amazon add-on channels, like Masterpiece or Acorn.  Series that can’t be found in any of those places can be purchased on iTunes.

So, let’s lace up our corsets and brush up our British accents and talk about my favorite period drama miniseries…

I avoided watching this one for ages, because I thought it was related to the old (somewhat cheesy) civil war drama of the same name.  It’s not and it’s wonderful. I probably watch this one a couple times each year.

I’ll say two things – Richard Armitage and the ending.  That’s all you need to know. 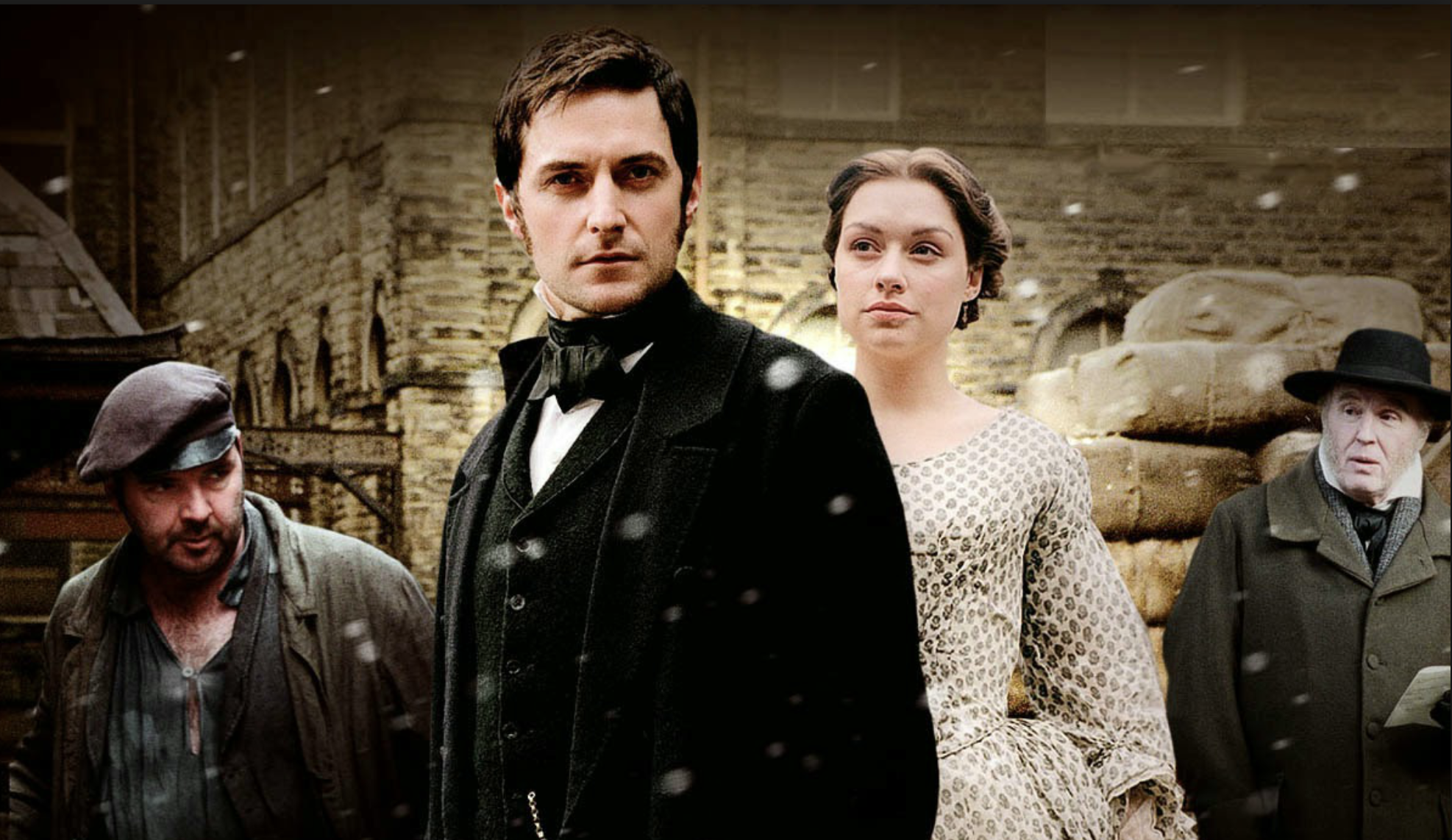 I tripped across this one night and I always thought of War & Peace as a tedious, boring story about, well, war.  And peace.  But, it’s an epic story of friendship, love, betrayal, forgiveness, and so much more.  There are scenes in this movie that are so powerful and beautiful, they make me cry every single time.  And I’m not usually a movie/TV cryer.  This is definitely one of my favorites.

Two things – The dance and “I love you more.  Better than I did before.” 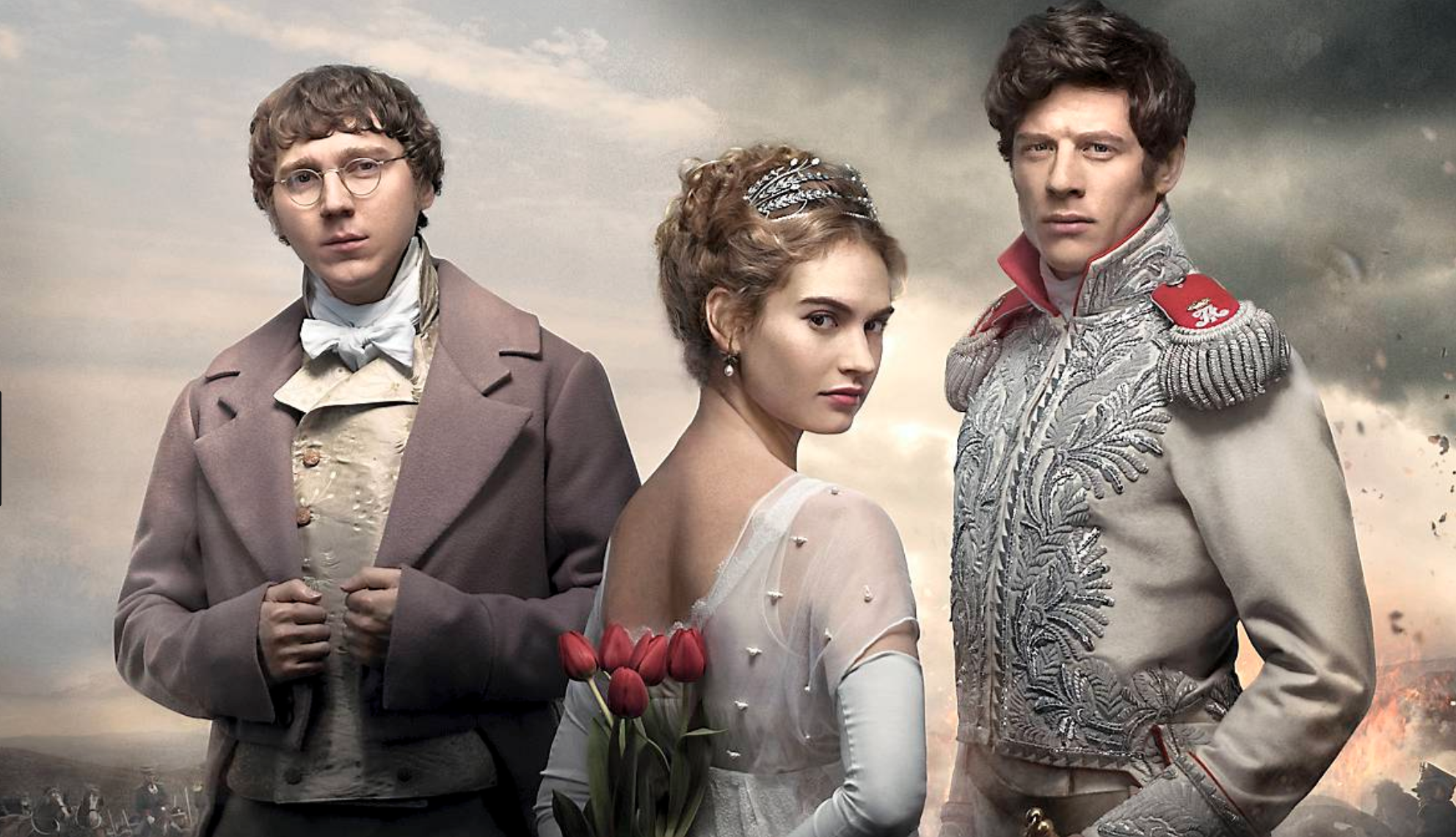 I watched this one with some hesitation, because Sense & Sensibility, the movie with Emma Thompson and Kate Winslet, is one of my favorites.  This miniseries was such a treat, though.  It’s well cast and beautifully made.

One thing – “I shouldn’t have come here.” 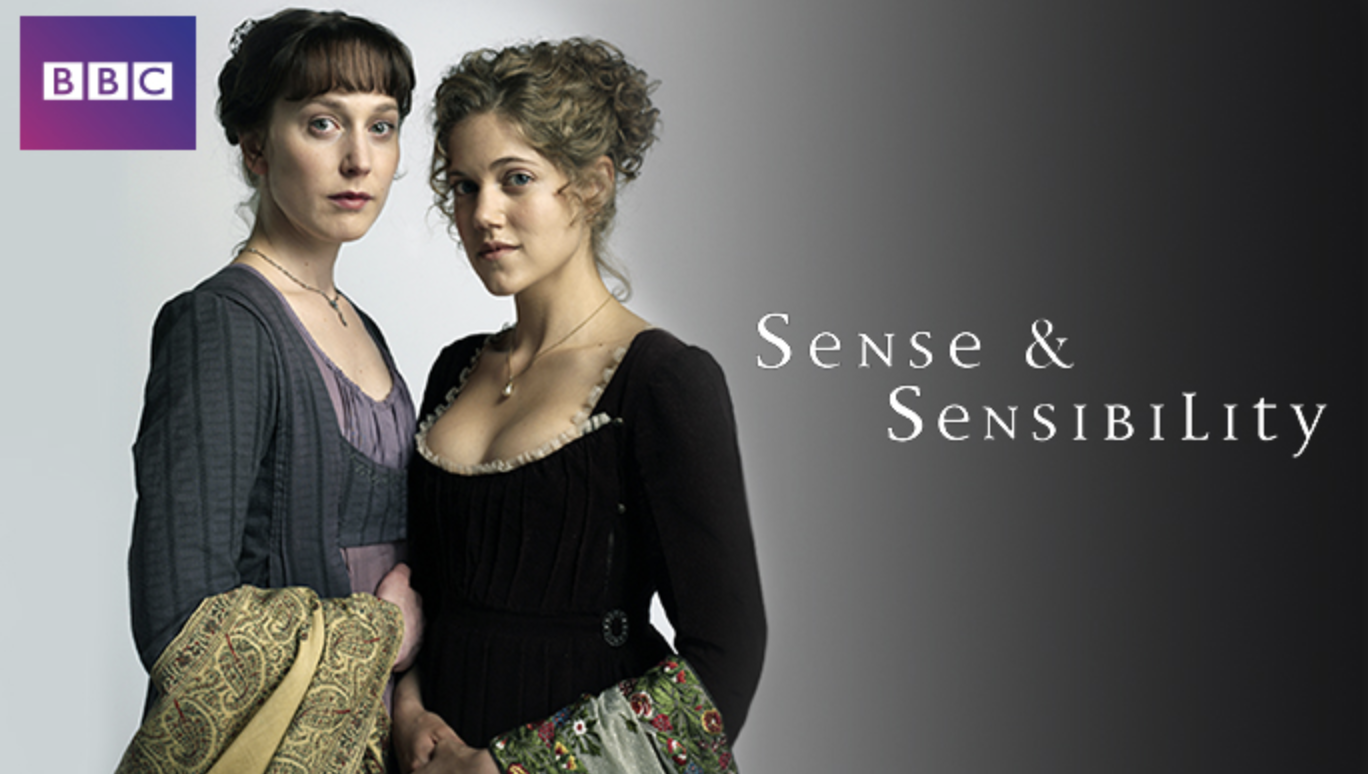 I looked forward to this series and it didn’t disappoint.  Season two just aired in January and I’m already looking forward to season three.  Jenna Coleman is great.

Two things: Rufus Sewell and the story of the rooks. 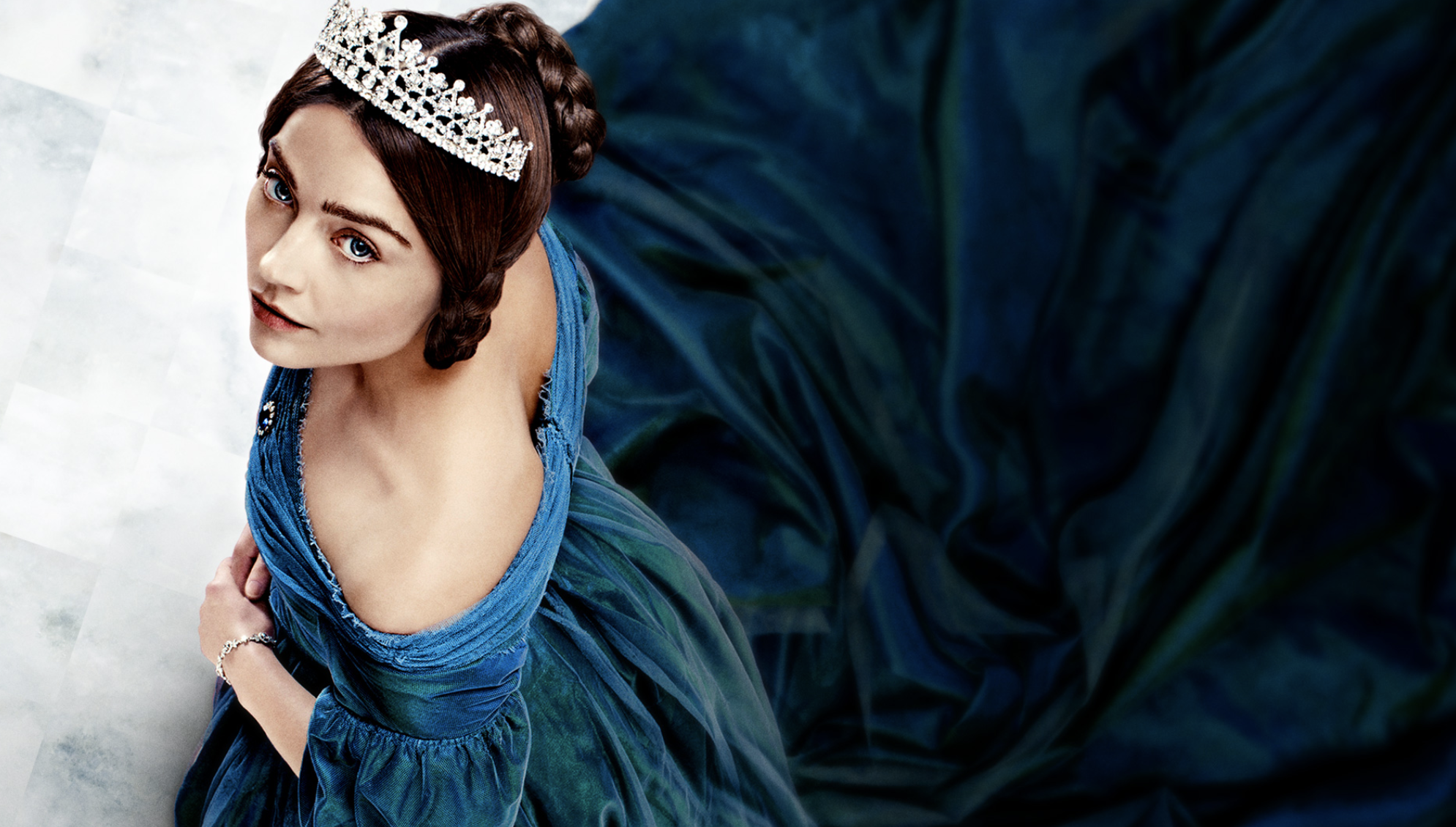 I absolutely love Charles Dickens and Bleak House is such a fine example of a well-woven story.  There’s always an honesty in his writing; a balance of humor and sorrow.

Three things – One… Guppy is awesome.  Two…  “Shake me up!”  Three… “If she’d only known how much I loved her and how little I cared about what the world would think of her.” 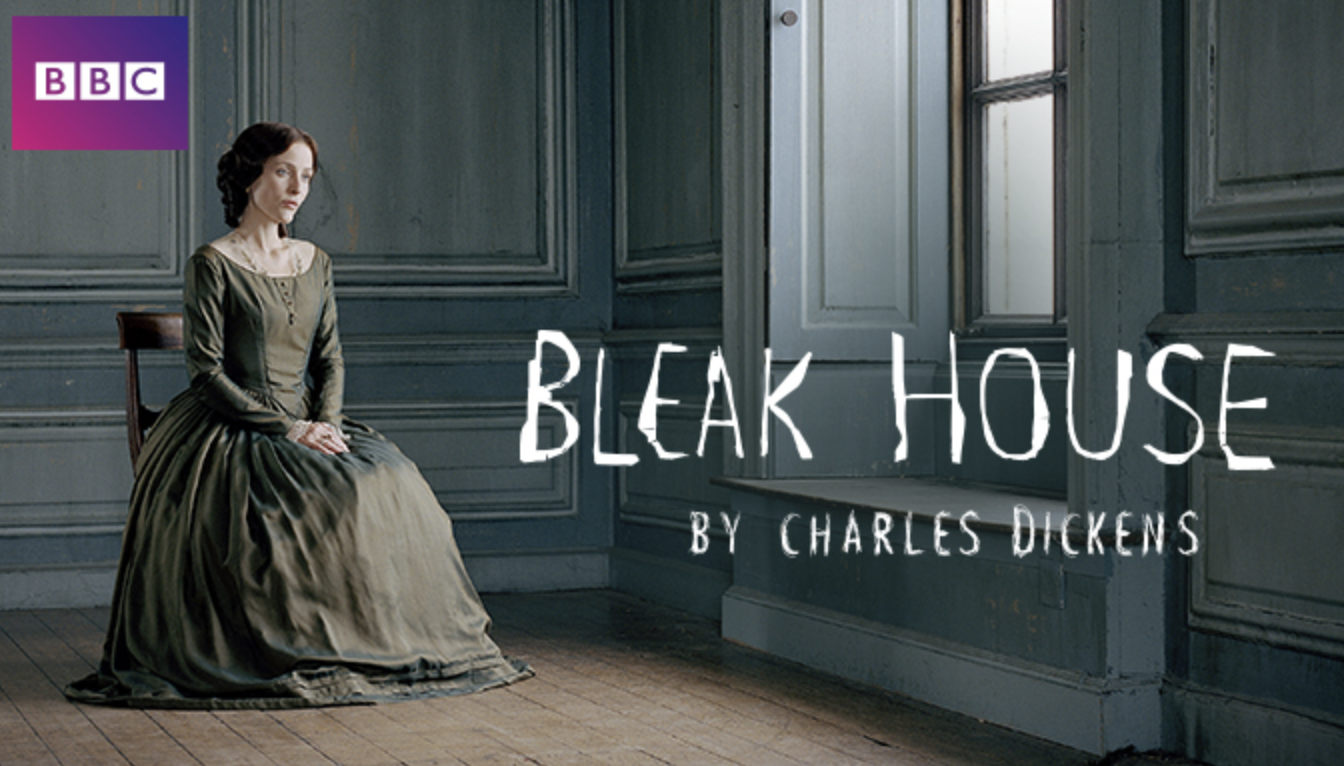 This is another Charles Dickens series and another great one.  Claire Foy, of The Crown, is so good in this and there are so many classic Dickens characters like Sparkler and Flintwinch.

So many things in this one, but here are two…

“I have nothing.  Would you share my fortune with me now?”

“I would throw myself off that parapet if it would bring you a moments joy.” 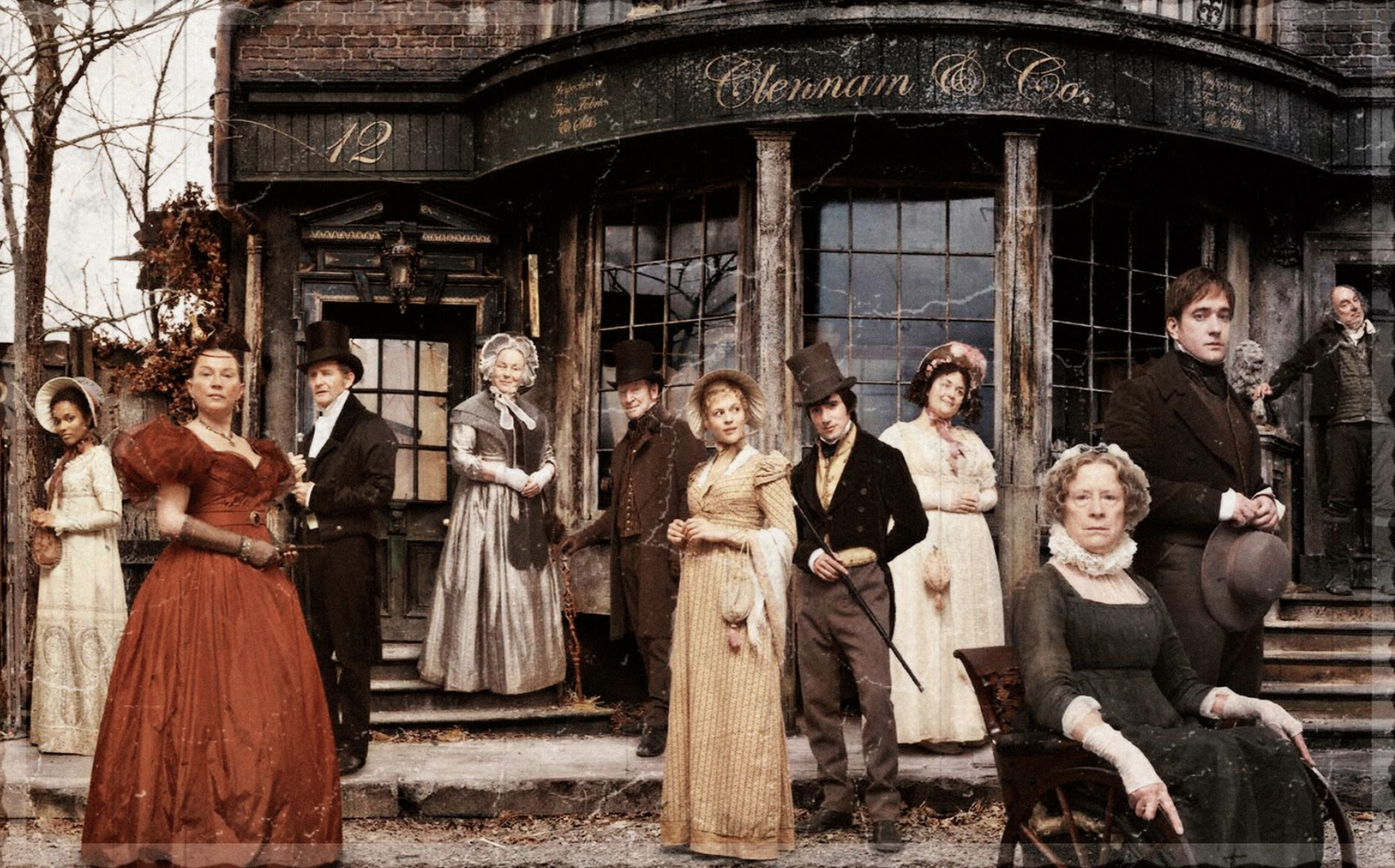 It took me a little bit to “get” this one, but once I saw where it was going, I thought it was brilliant.  It’s a prequel for several Dickens’ novels, telling the stories of Bill Sikes & Nancy of Oliver, Honoria Barbary and Nemo of Bleak House, and, perhaps the most heartbreaking, Compeyson and Miss Havisham of Great Expectations.

While there are so many great parts, I couldn’t think of a specific moment to highlight.  All of these characters are pretty tragic in their stories, so it’s hard for the sweet moments in this series to not be tainted by their future. 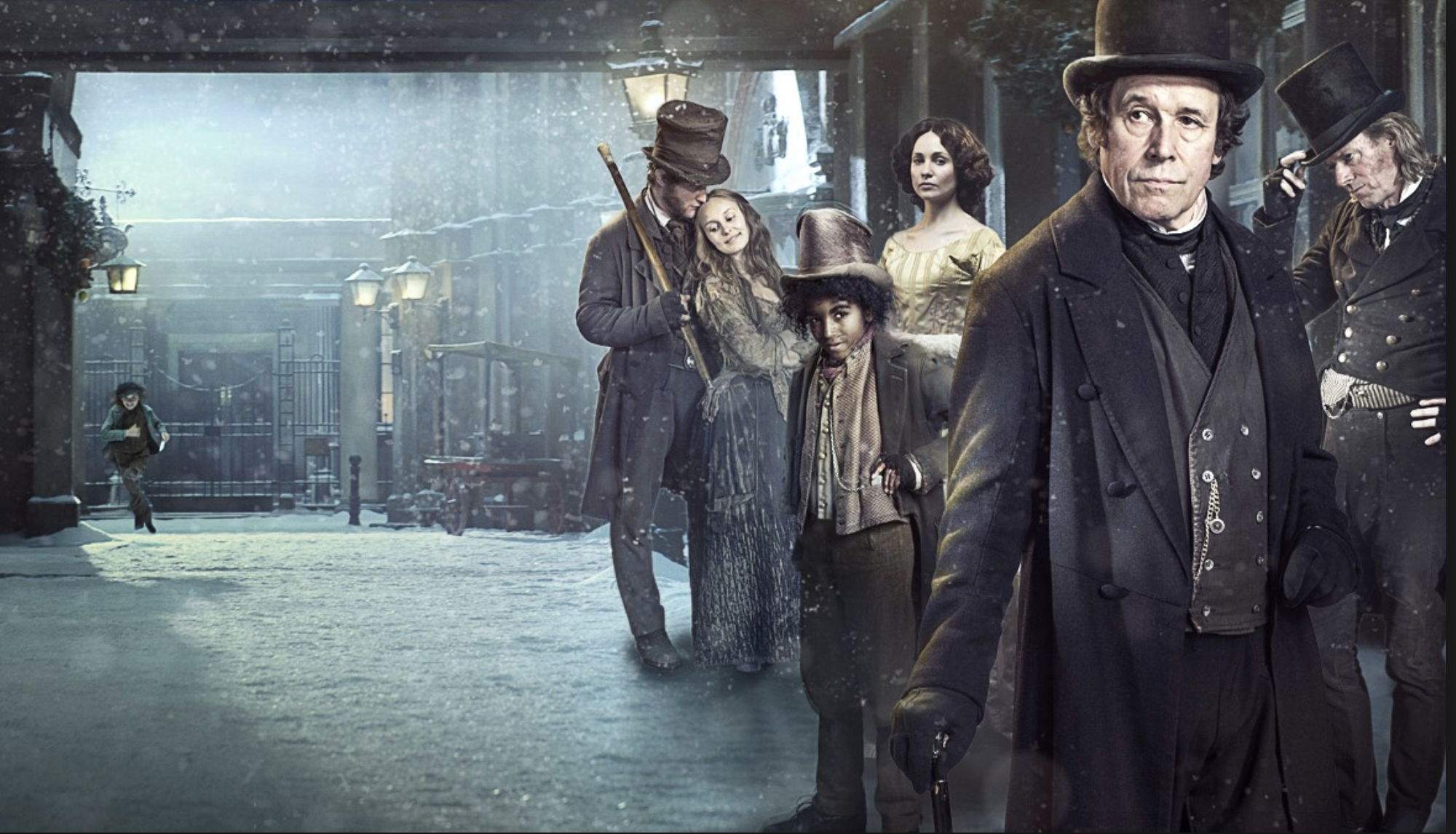 I loved this one and I’m so sad they didn’t renew it for a third series to continue to flesh out the story.  So, there are some shortfalls in this one due to an early end, but it’s wrapped up enough to keep you satisfied.  The lead characters and actors in this one are fantastic.

Two things – “If you have become unmoored, then you must anchor yourself.”

“You did all you could.” 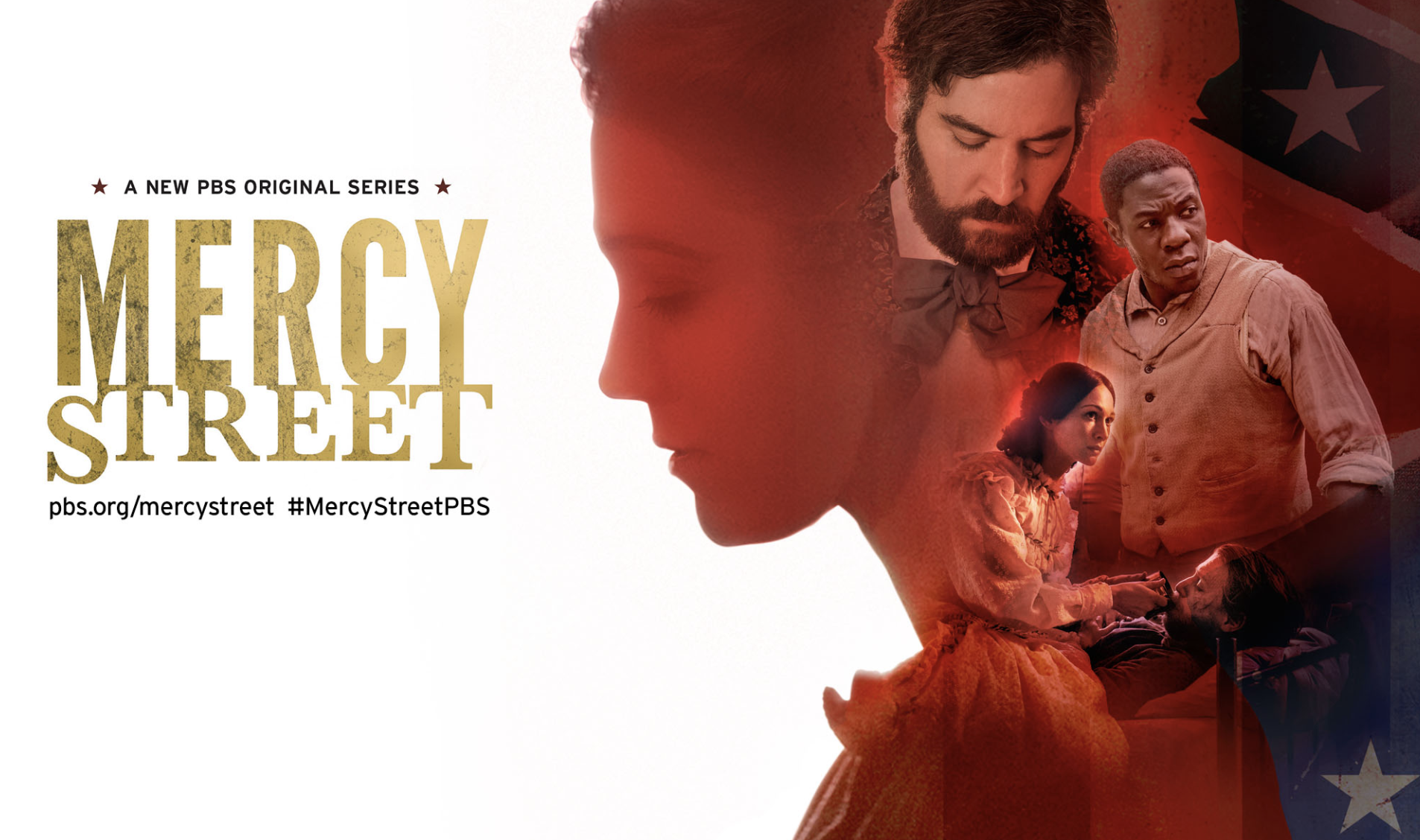 This is one I didn’t expect to like as much as I did, but it’s so good.  I love watching how the heroine grows throughout the story. 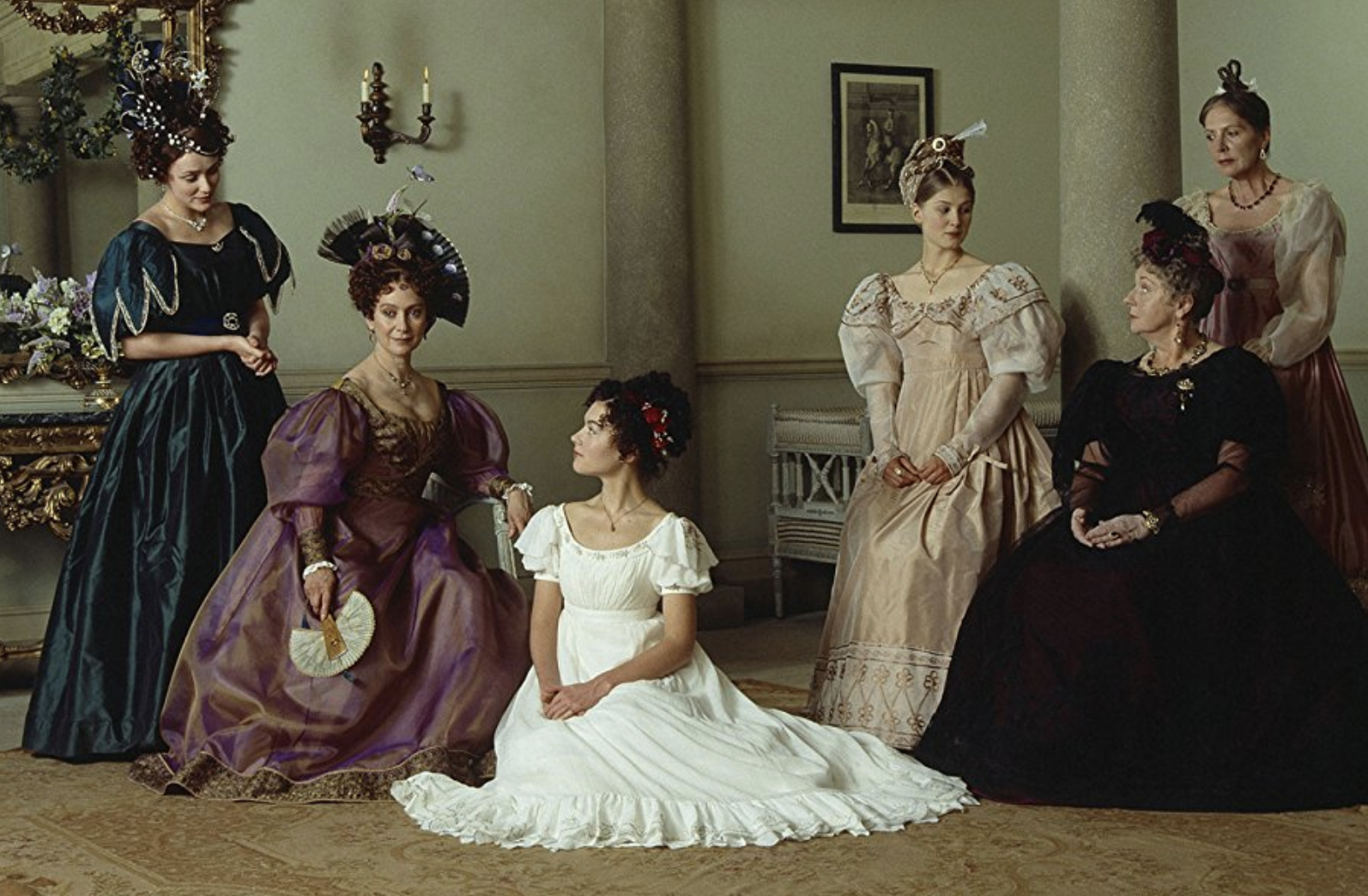 This is definitely my favorite version of Jane Austen’s Emma.  The four installments really allow for the story to be fully told and appreciated.  I love the cast as well.

One thing – “If my heart is in the right place.  What does it matter where I live?” 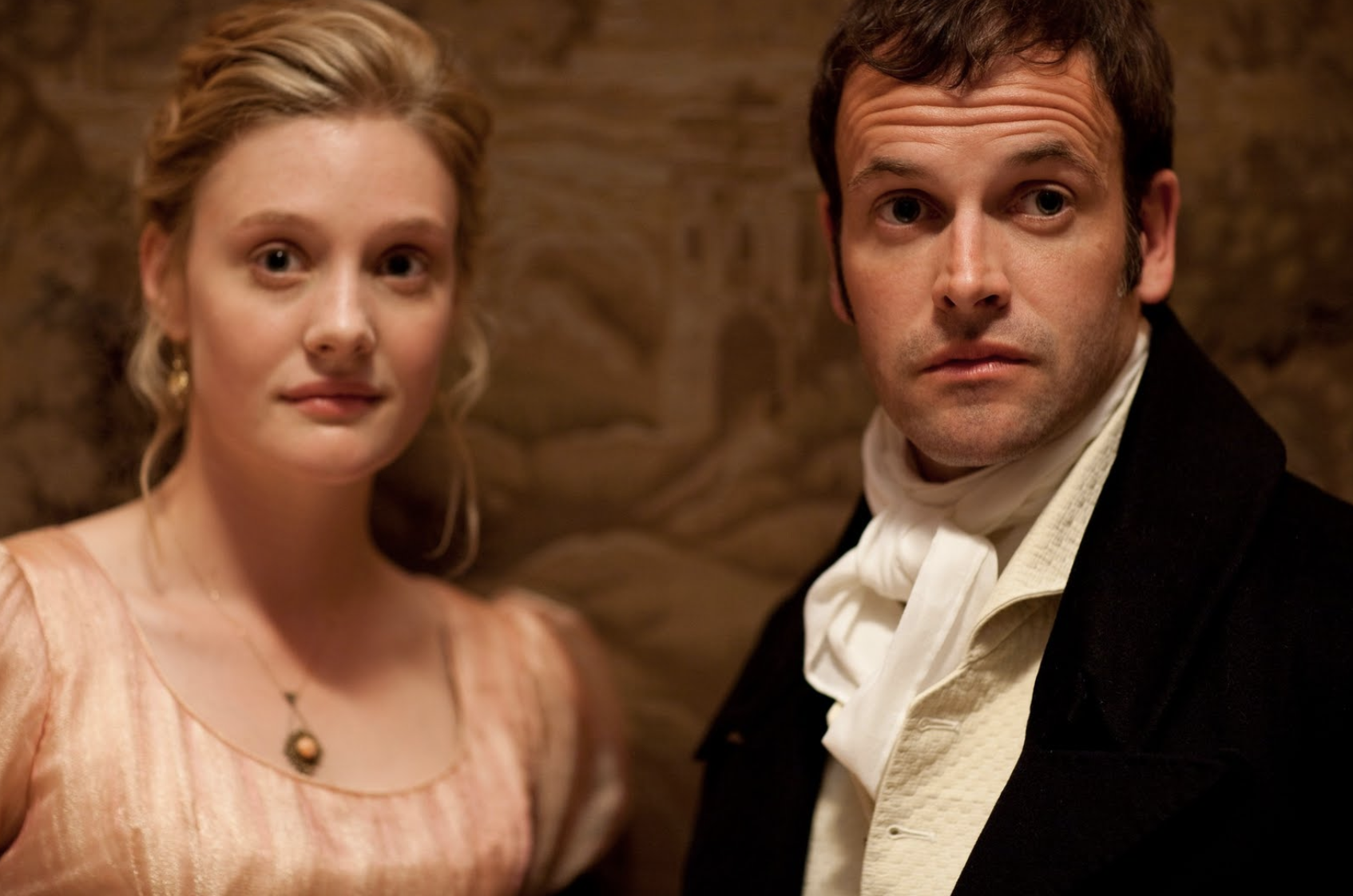 I absolutely love this series, but I will say it’s a bit of a mixed bag.  Some of it is choppy and a little awkward, but I enjoyed it nevertheless.  It’s a period medical drama based on medical journals and diaries, so they try to tell the medical and social stories as well as the personal ones.This is another one that was cut short before the story could be properly wrapped up, but I would still suggest it.

One thing – “What are you thinking now?” 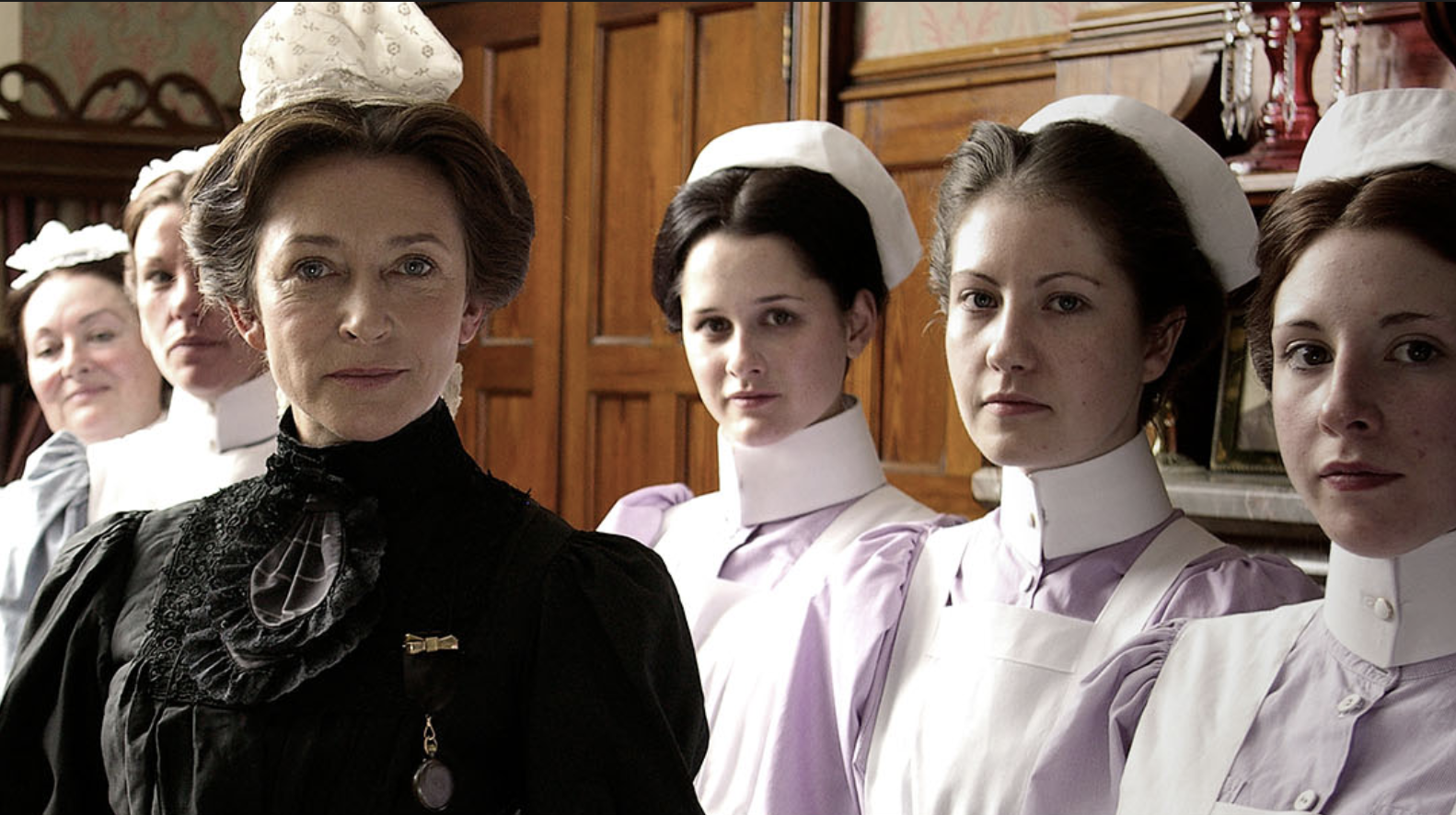 I was so skeptical about this one.  I mean, come on.  You cannot touch Pride & Prejudice.  Just don’t.  But, they did and it worked and I loved it.  I think the characters are very true to the original novel and it was so fun to see Darcy and Elizabeth together now they aren’t proud and prejudiced anymore.  It does explore some interesting ideas, like the family dynamic Darcy has to deal with and the feelings of inadequacy Elizabeth struggles with.  As the title suggests, it is a murder mystery, but it really is more than that.

One thing: “Marry for love.  Marry the person your heart cries out for.” 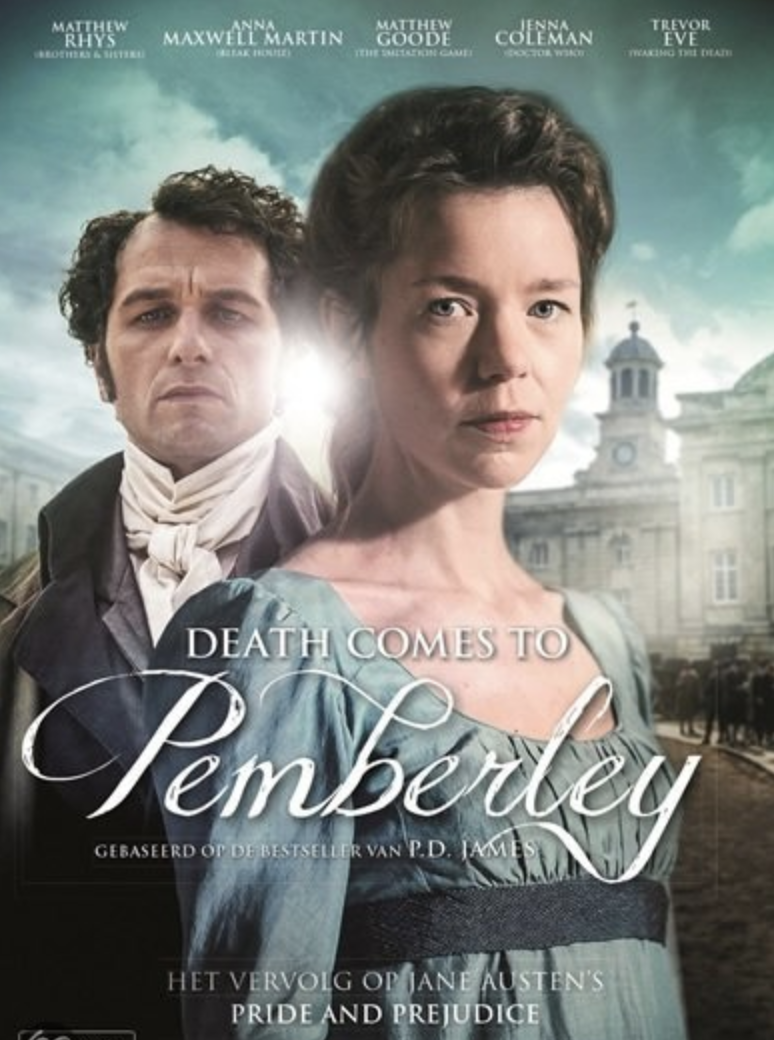 This is similar to London Hospital in that it’s a period medical drama and, I think, a little known gem.  It did only survive one season and, you can understand it in a way.  The story can feel a little jarring at times, throwing out information about a character without supporting or resolving it, but I still enjoyed it.  The characters are interesting and the storylines are compelling.  It’s also beautiful to watch.

Two things:  The Scottish accent.  You’ll know what I’m talking about.  And, “I’ve been alarmed since the moment you arrived.” 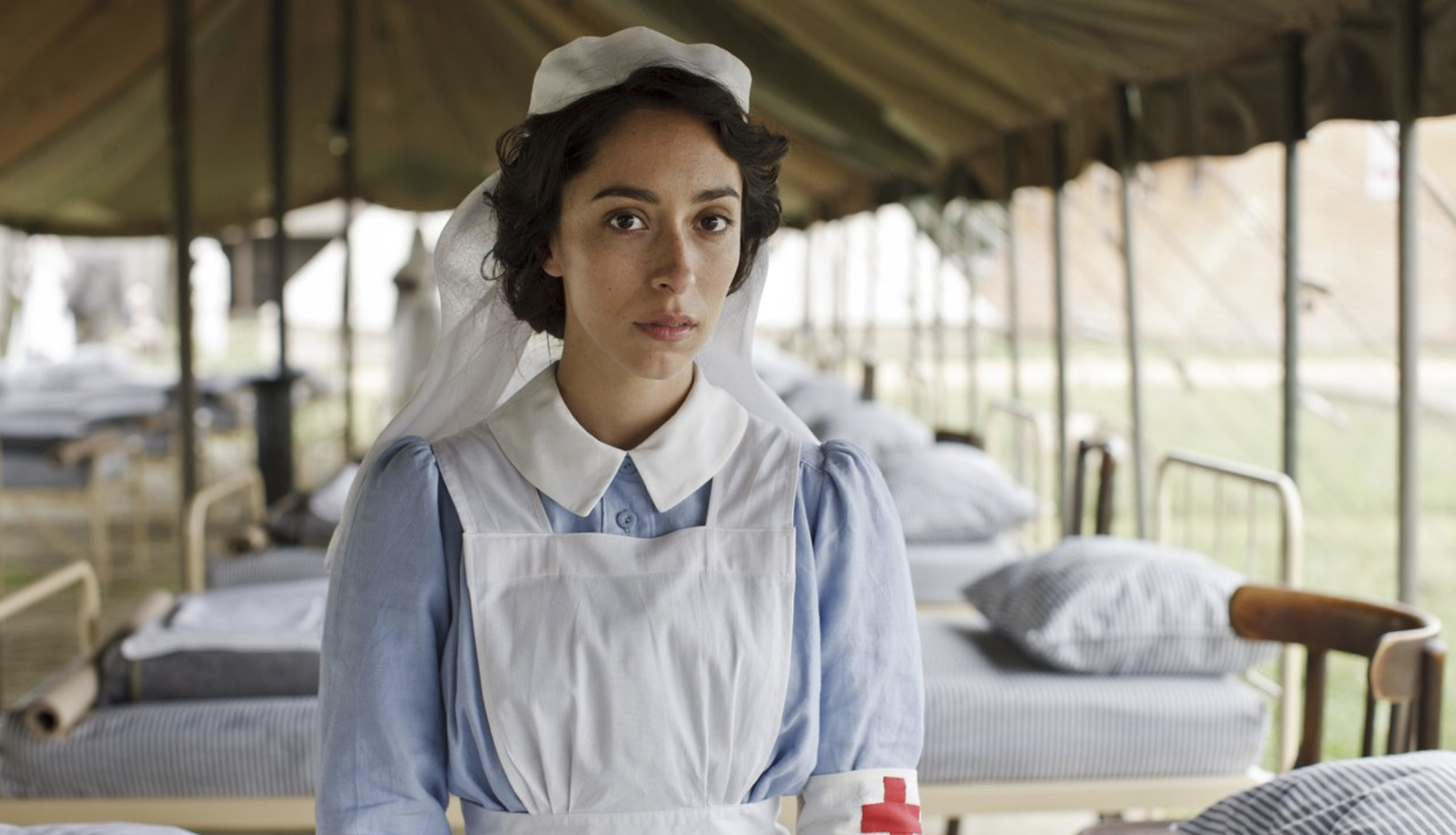 AND THEN THERE WERE NONE

This one is different from the others in that it’s a pretty dark, Agatha Christie mystery.  It was excellent, though.  So well made and suspenseful.  Aside from the fascinating characters, the house and the island are fun to watch. 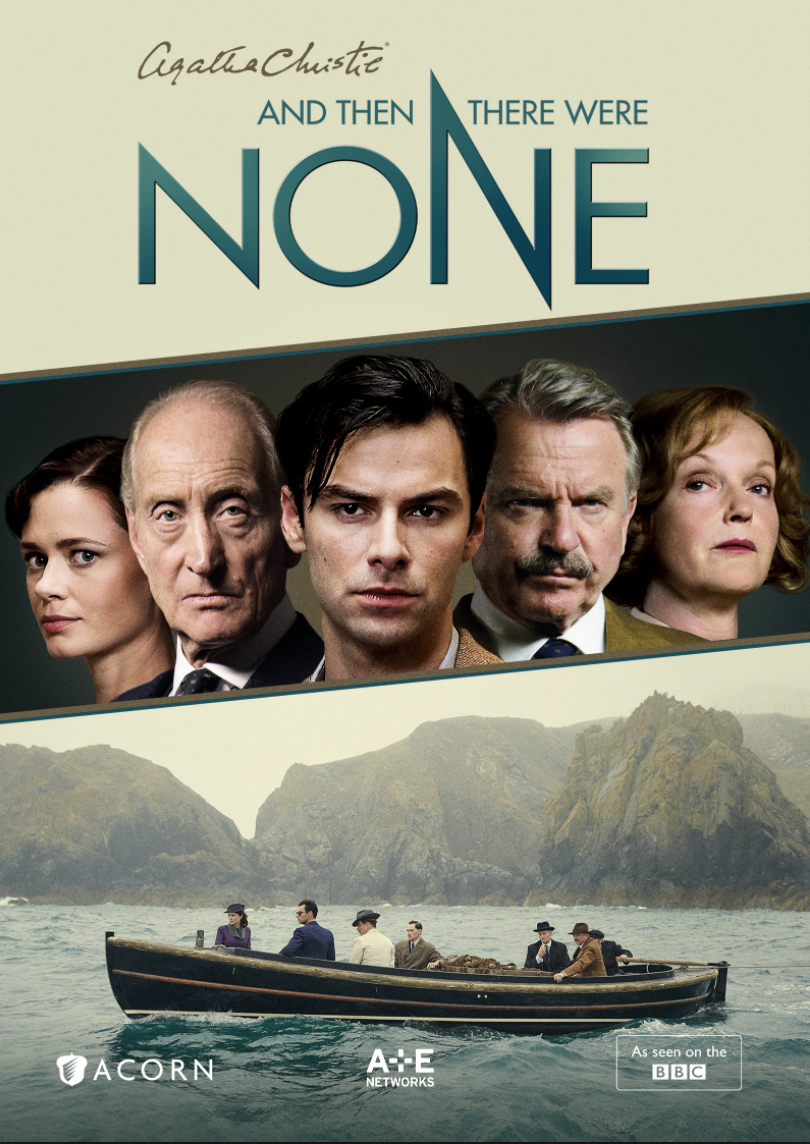 And, I know some of you will be shocked at some of the biggies that are conspicuously absent.  I’ll explain two.

Pride & Prejudice – I love the story and Colin Firth is the ultimate Darcy.  No doubt.  I’m just not in love with the cinematography (I know it was made a while ago, so I shouldn’t judge it too harshly) and I don’t like some of the cast.  I’m hoping BBC remakes a P&P miniseries.

Downton Abbey – Okay, I loved the first season and I felt like it slowly slipped downhill after that.  I mean, how many times can the sweetest man in the story, Bates, be fingered for murder?  Also, you’re rooting for Matthew and Mary to get together and then Mary seems so aloof towards him.  Anyway, I watched the whole series and there were elements I liked, but it’s not a favorite.  Sorry!

Oh, and, Little Women is coming to Masterpiece this May!  Can’t wait for that.

Any other period drama favorites?  I’ve watched tons of them, so I challenge you to find one I haven’t tried!

June’s Books of the Week

Today is the three year anniversary of moving into

The linen slipcover for the chaise in our master b

Today on the blog, I'm exploring the question, "Ca