I’m sharing everything in reverse when it comes to the office makeover, but that’s just how it goes sometimes!  I usually write about what is most “at my fingertips” and sharing progress on the room was a lot more fun than talking about ripping out carpet.  But, it’s an important bit that some of you might want to know more about, so I’m circling back to share the details on removing carpet.

Here is a before picture of the room, so you can appreciate how far it’s come… 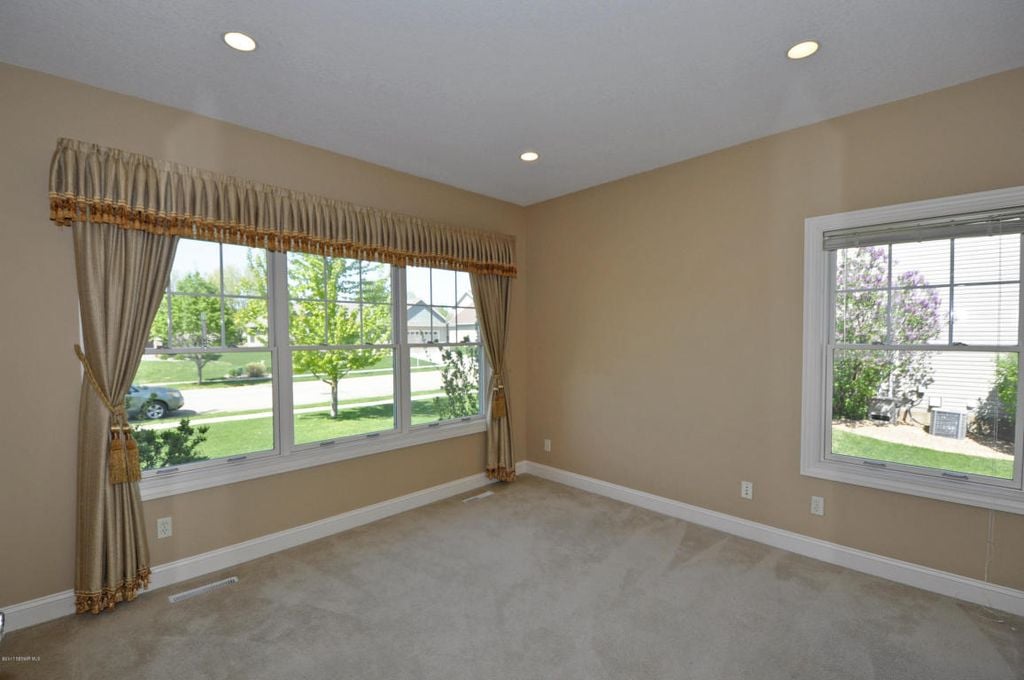 …and how it’s looking today… 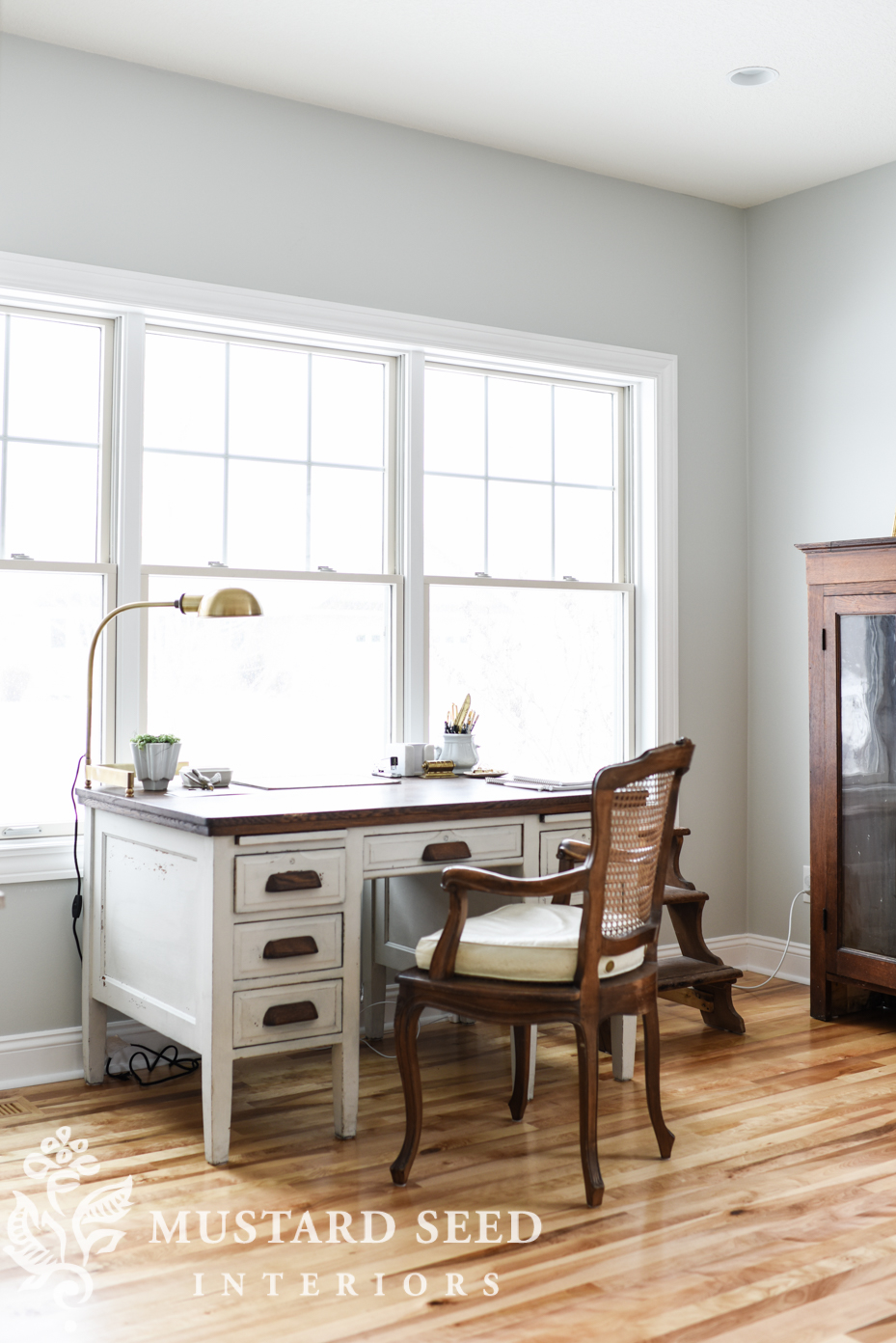 (Yes, I’ll work on the cord situation, but curtains will help a lot with hiding those!)

Obviously, the first step is to take out the carpet and padding, which is surprisingly easy, although it does take some muscle!  Just pull up a corner and, in most cases, it comes right up.  Jeff did this before I even got into the room to take pictures! 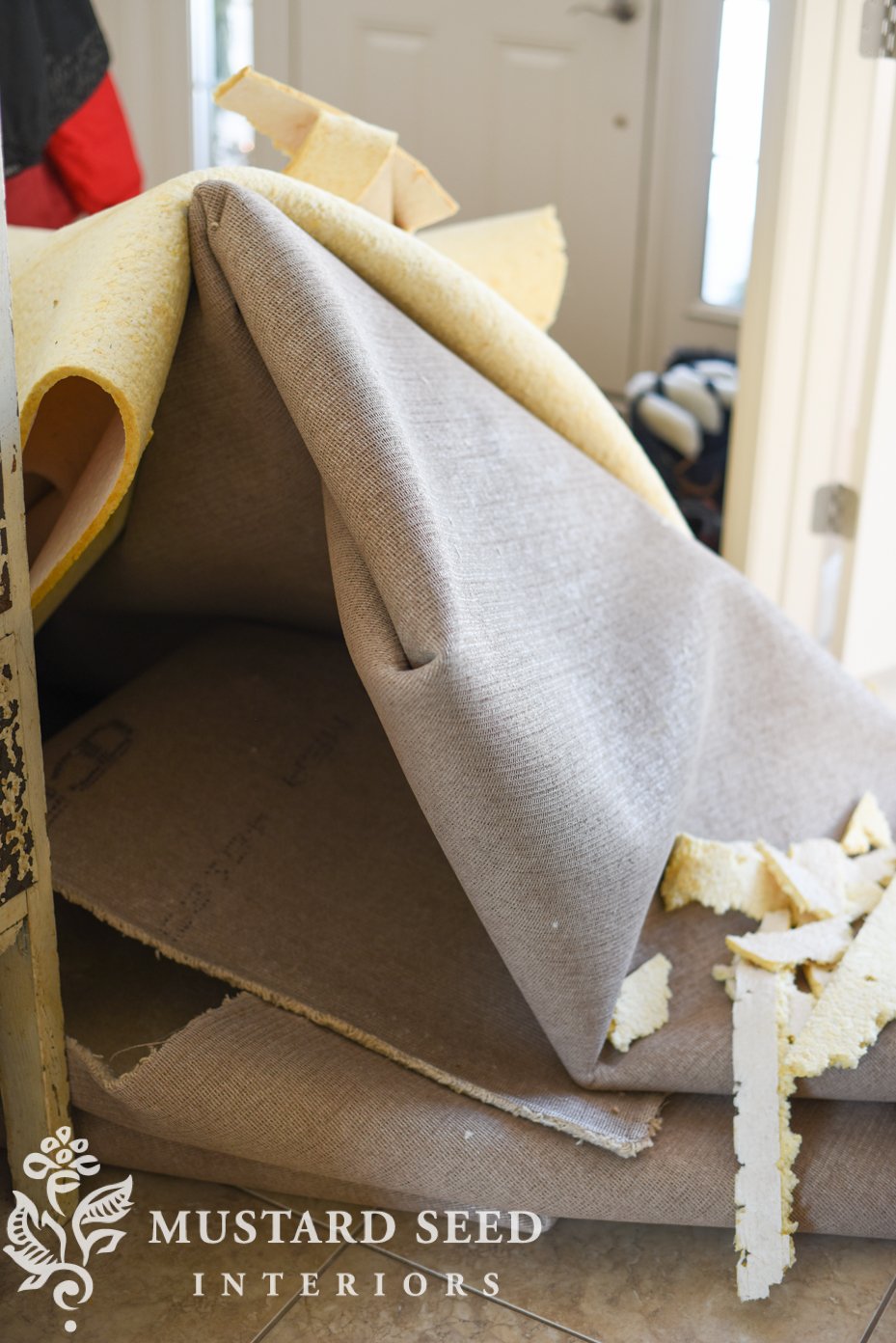 We did end up cutting the rug into strips, so it we could roll it up for easy disposal.  We cut off some small pieces to keep in the garage and the company installing our hardwood floors removed the rest.

The only thing that can be a hangup at this stage, is if the padding is deteriorating or it was glued down.  Both cases mean removing it will take a lot more time, unfortunately!  Ours was just stapled down and it was in good condition, so it pulled right up. 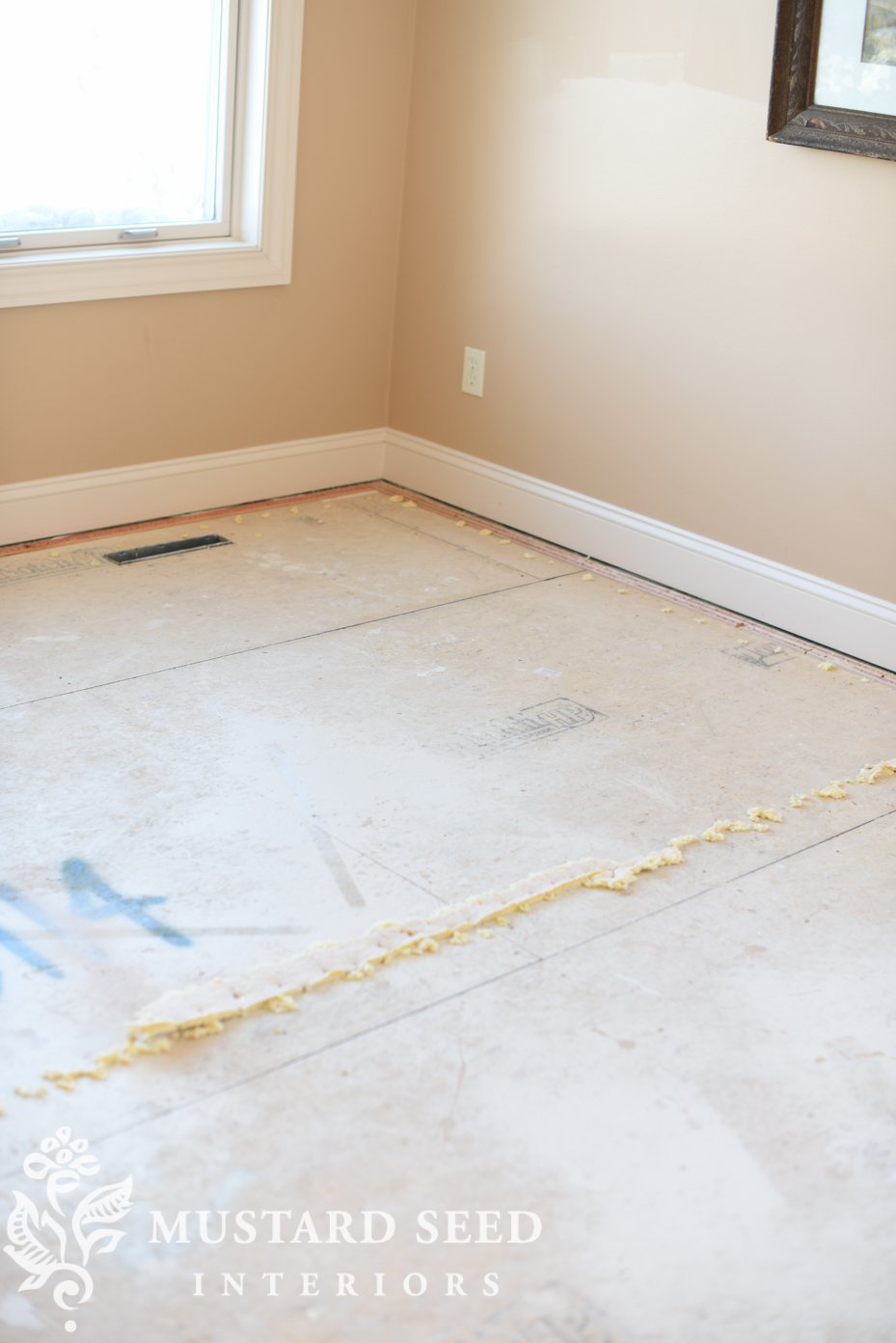 Once the subfloor is exposed, it’s a great time to give it a once-over.  Check for soft spots, signs of moisture damage, pet damage, rot, pests, etc.  In our last house, we removed the carpet in the family room and discovered the early signs of water damage along one of the exterior doors.  It wasn’t bad enough to replace that part of the subfloor, but we let that corner dry out (it was slightly damp) and laid down a moisture barrier to protect it before we installed the new floor.

Do not rush ahead and install new flooring on a rotted subfloor!  I know it’s a pain to deal with, but it’s worth dealing with it before the problem gets worse under your nice, new floors.  Again, in the case of our two rooms in this house, everything was in tip-top shape.

Now, we had to remove the carpet tack strips and staples that held the pad in place. 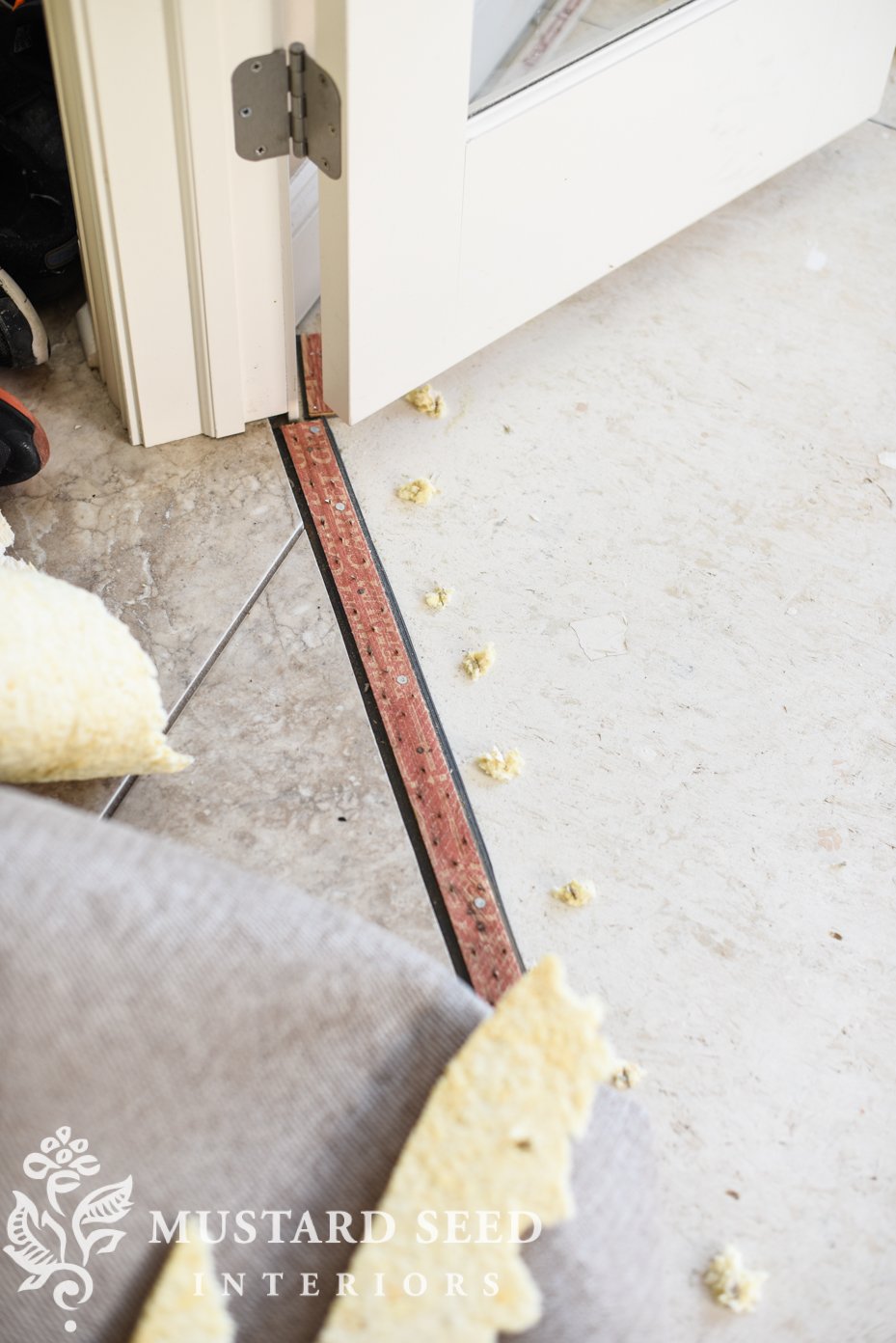 I know this might be obvious, but wear thick-soled shoes for this!  Both Jeff and I stepped on tacks and staples while working.

Jeff worked on removing the tack strips.  Those come up pretty easily with a pry-bar and a hammer.  Make sure to wear ear protection while doing this.  You wouldn’t think it would be that loud, but when a metal hammer strikes a metal pry-bar in an empty room, it echos and it’s loud! 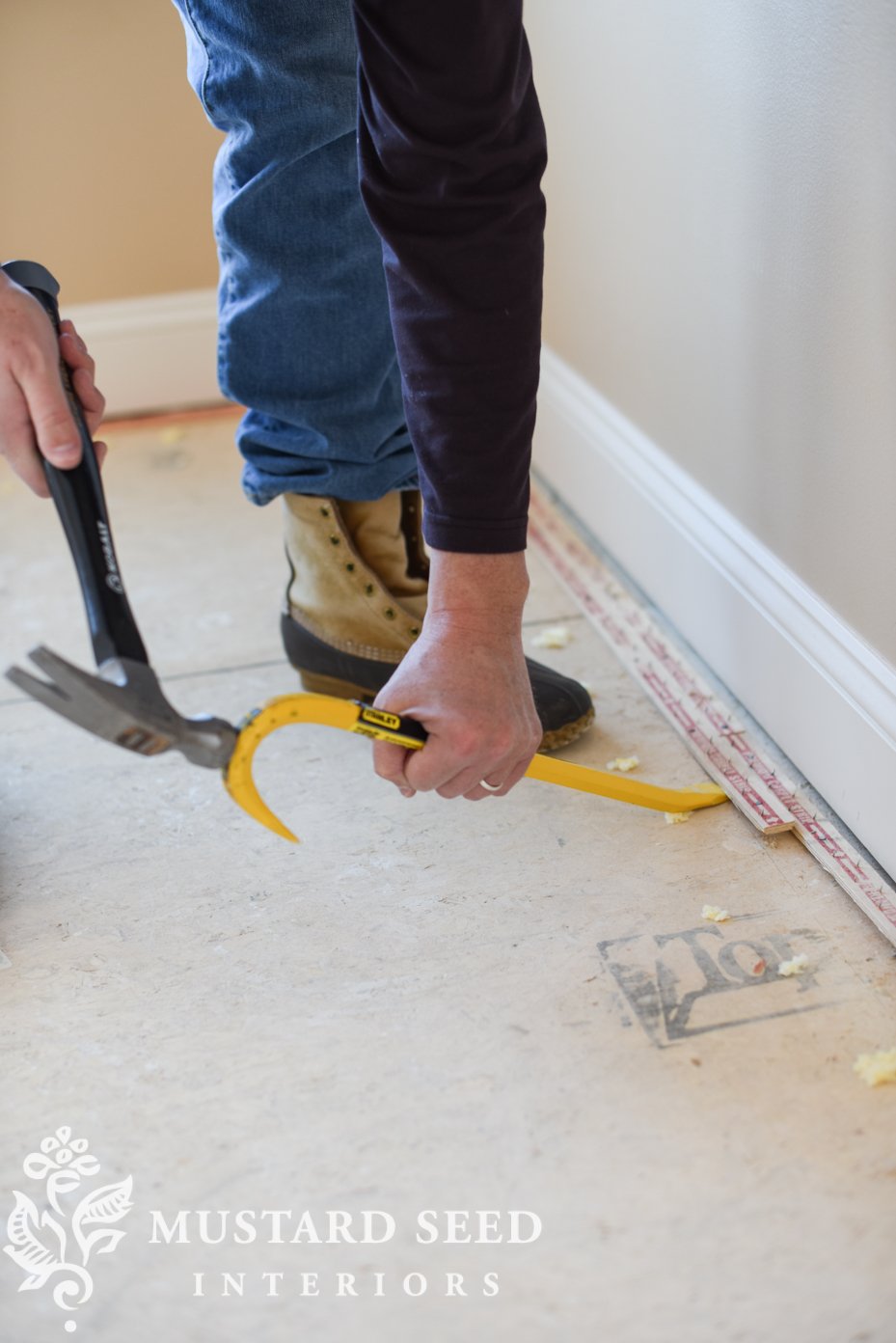 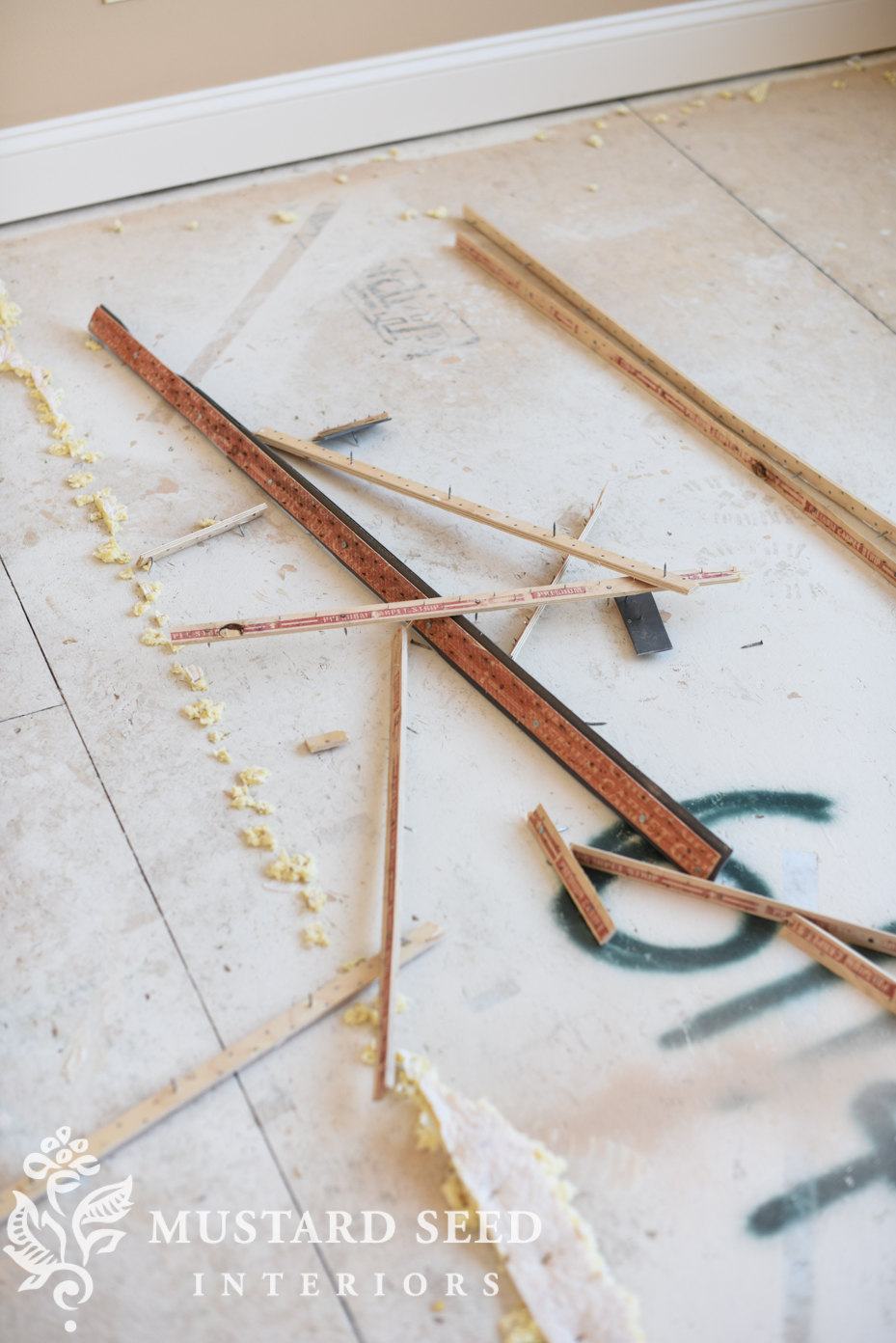 While Jeff worked on the tack strips, I worked on the staples.  I have a variety of staple-pullers and removers that I use for upholstery, so I tried a few different things.  The one that worked the best, though, was this one… 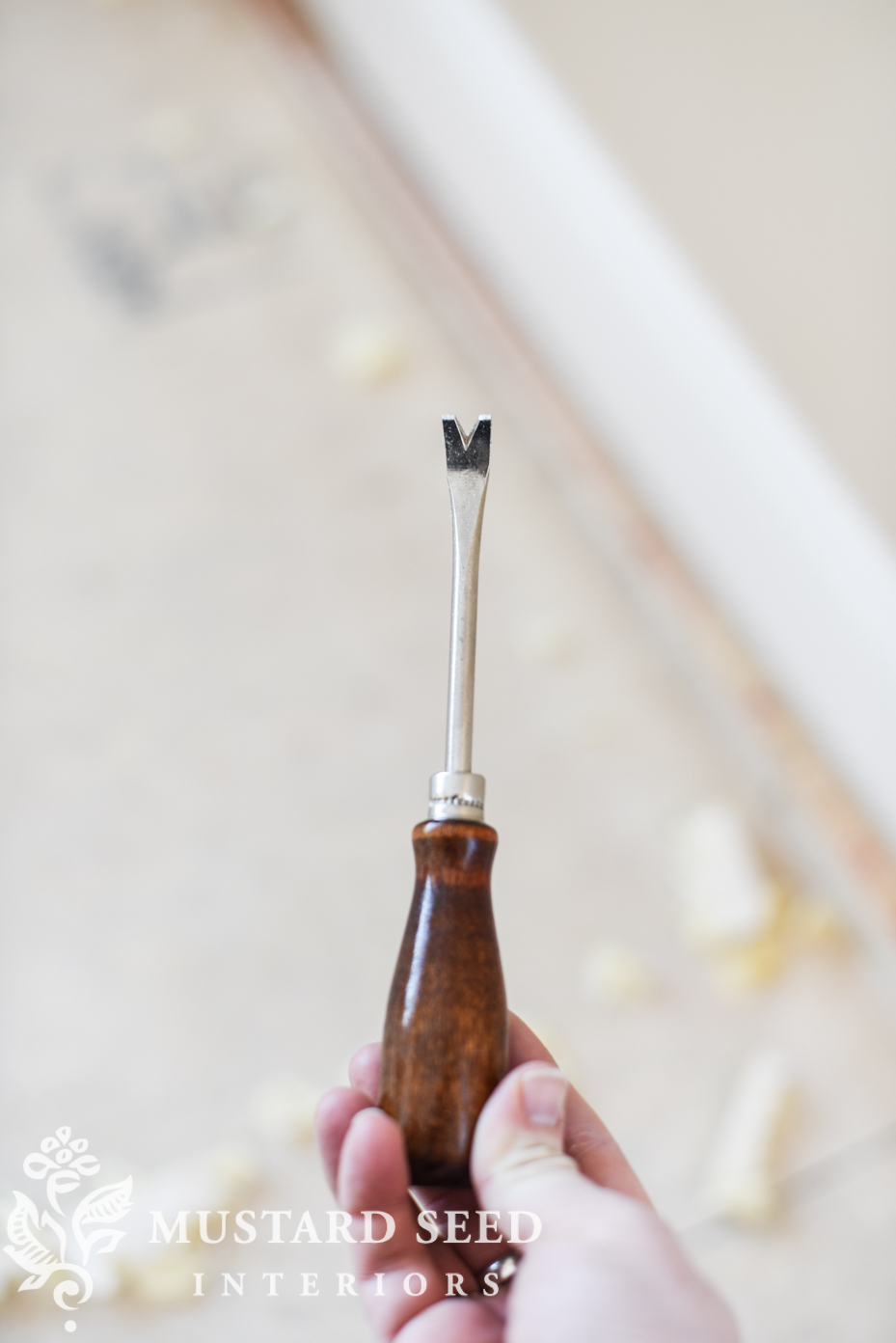 It was flat enough to get under the staple and, when I rocked the handle, it just popped right out. 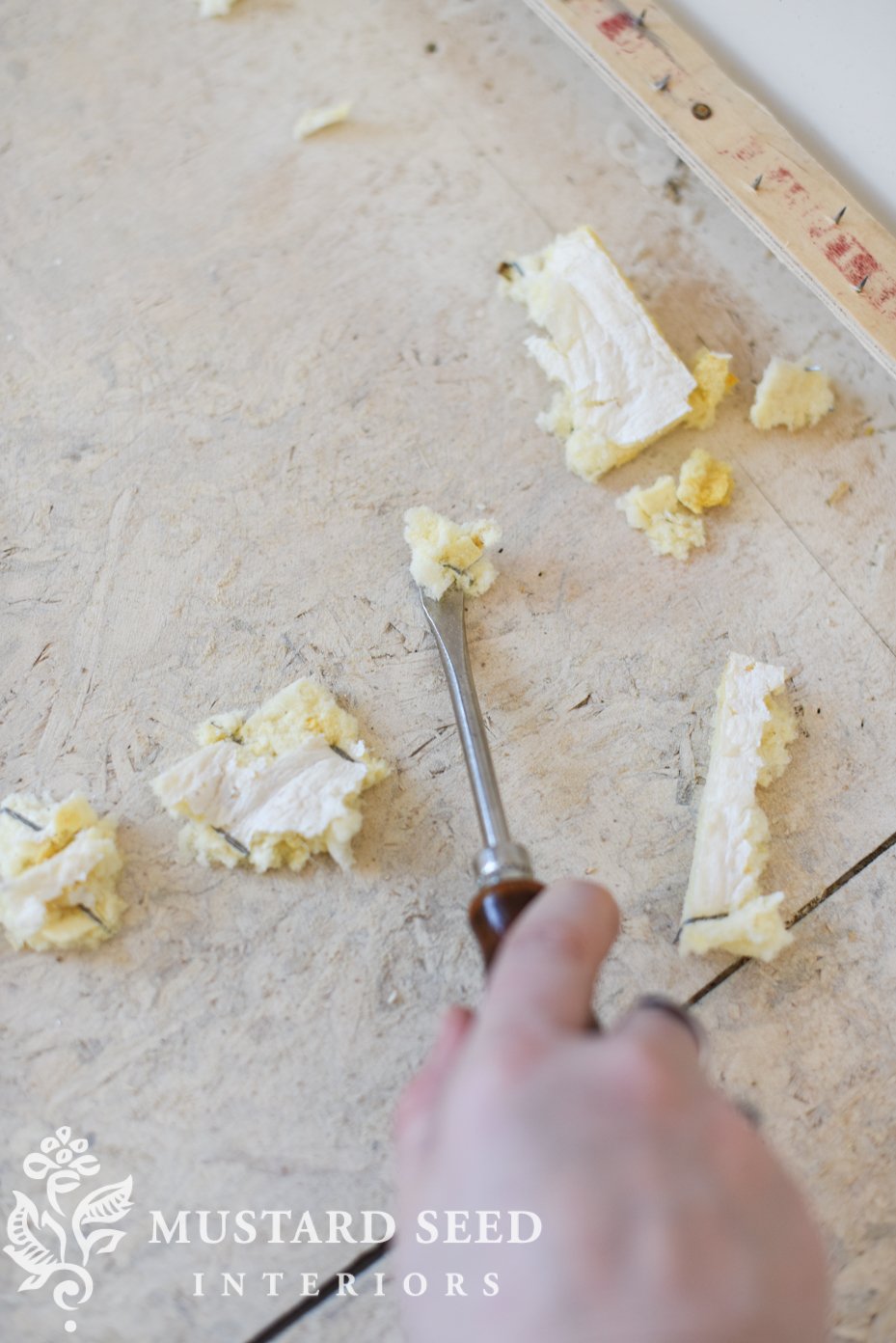 I thought it would take a long time to get all of the staples and tack strips out, but we were done in about 15 minutes.

If you are hiring out wood floor installation, as we did, removing the carpet yourself is a small way you can save some money on labor costs.

Swapping the carpet for hardwoods gave both rooms a more refined look and I’m so glad we did it! 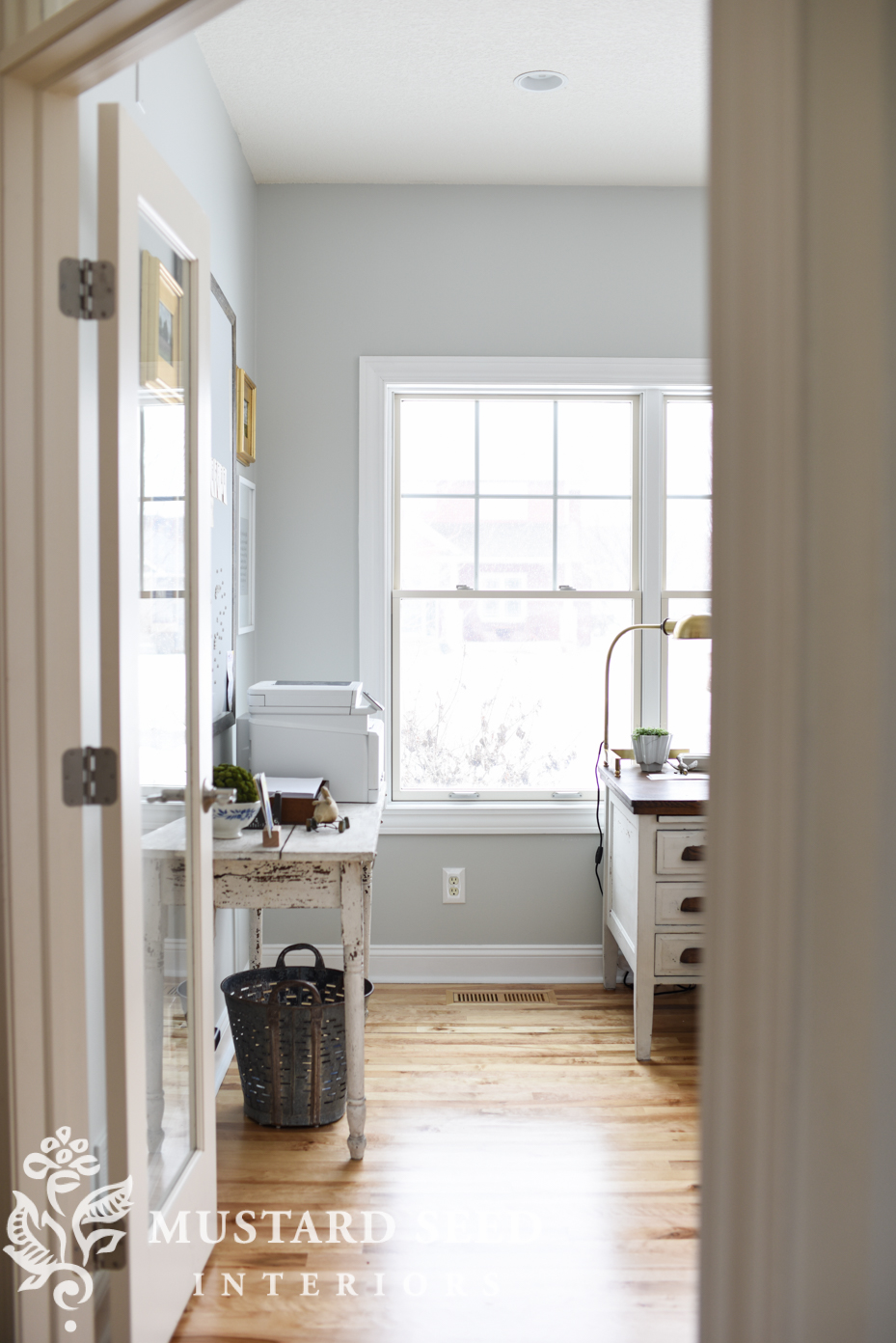