by Marian Parsons | May 17, 2018 | All Things Home, Before and Afters, Furniture Makeovers, upholstery makeovers | 64 comments

Remember the French-style chairs I purchased for our kitchen eating area last fall?  Here’s a reminder of what they looked like… 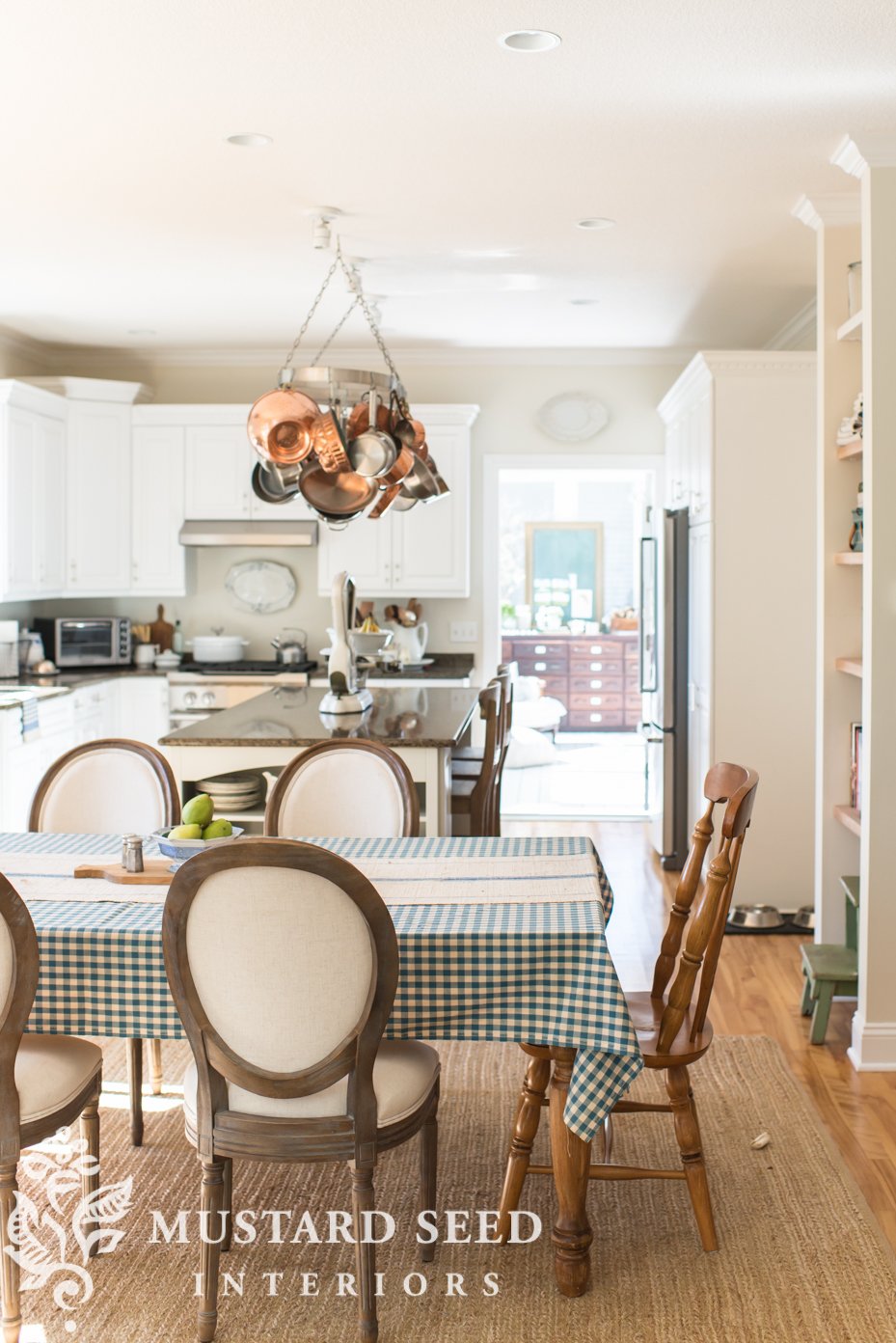 I knew when I purchased them that I would eventually make a slipcover for the seats and reupholster the backs.  I can have some light-colored upholstery in the house, but I knew it was not going to survive in our main eating area long term.

And it didn’t.  Even Jeff pointed out how spotty they were getting and that’s saying a lot. 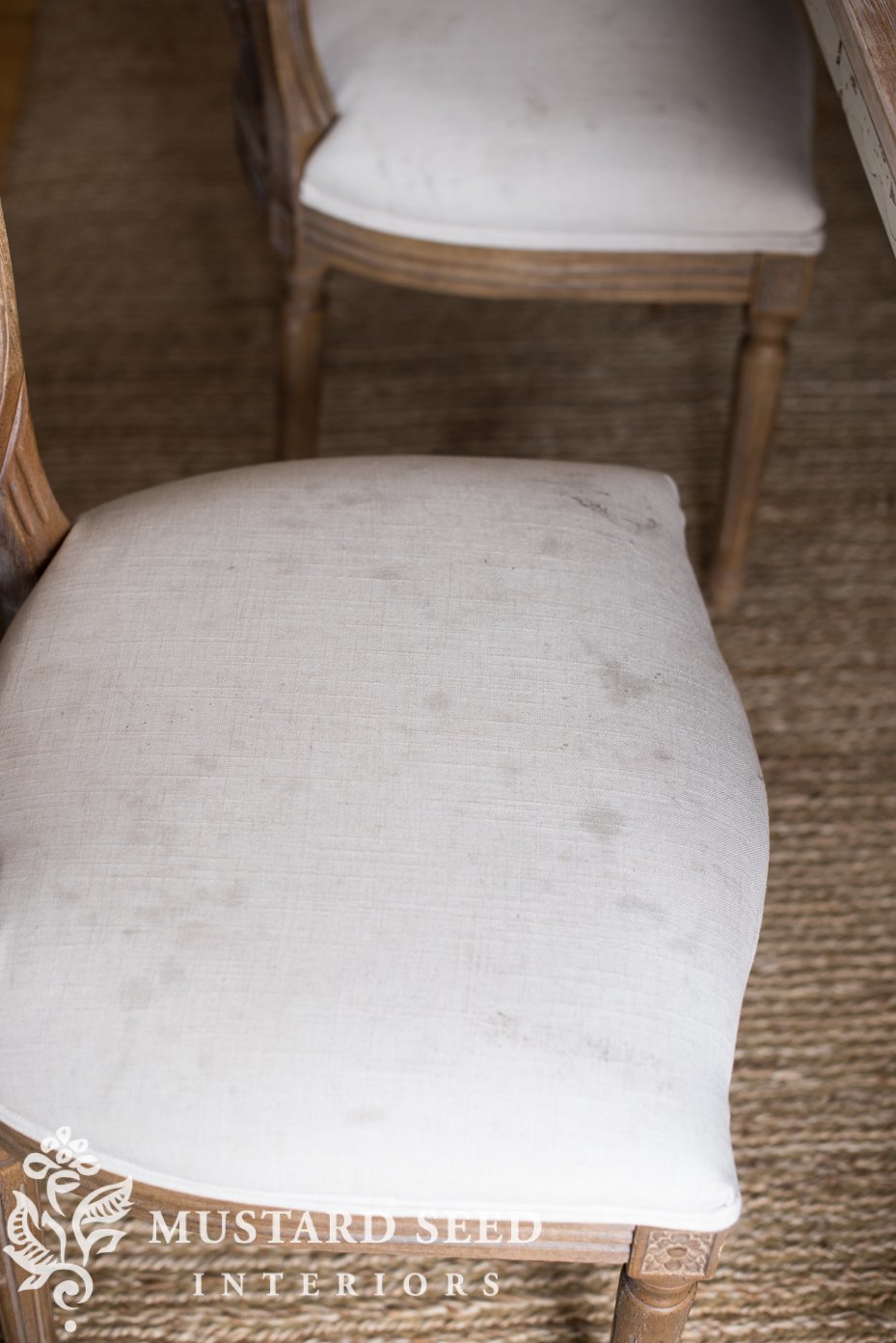 They finally got so bad that it was time.

I used a checked fabric called Zippy in the color Lakeland by P Kaufmann for the seat slipcover and the front of the back.  The back of the chair is upholstered in an antique grain sack. 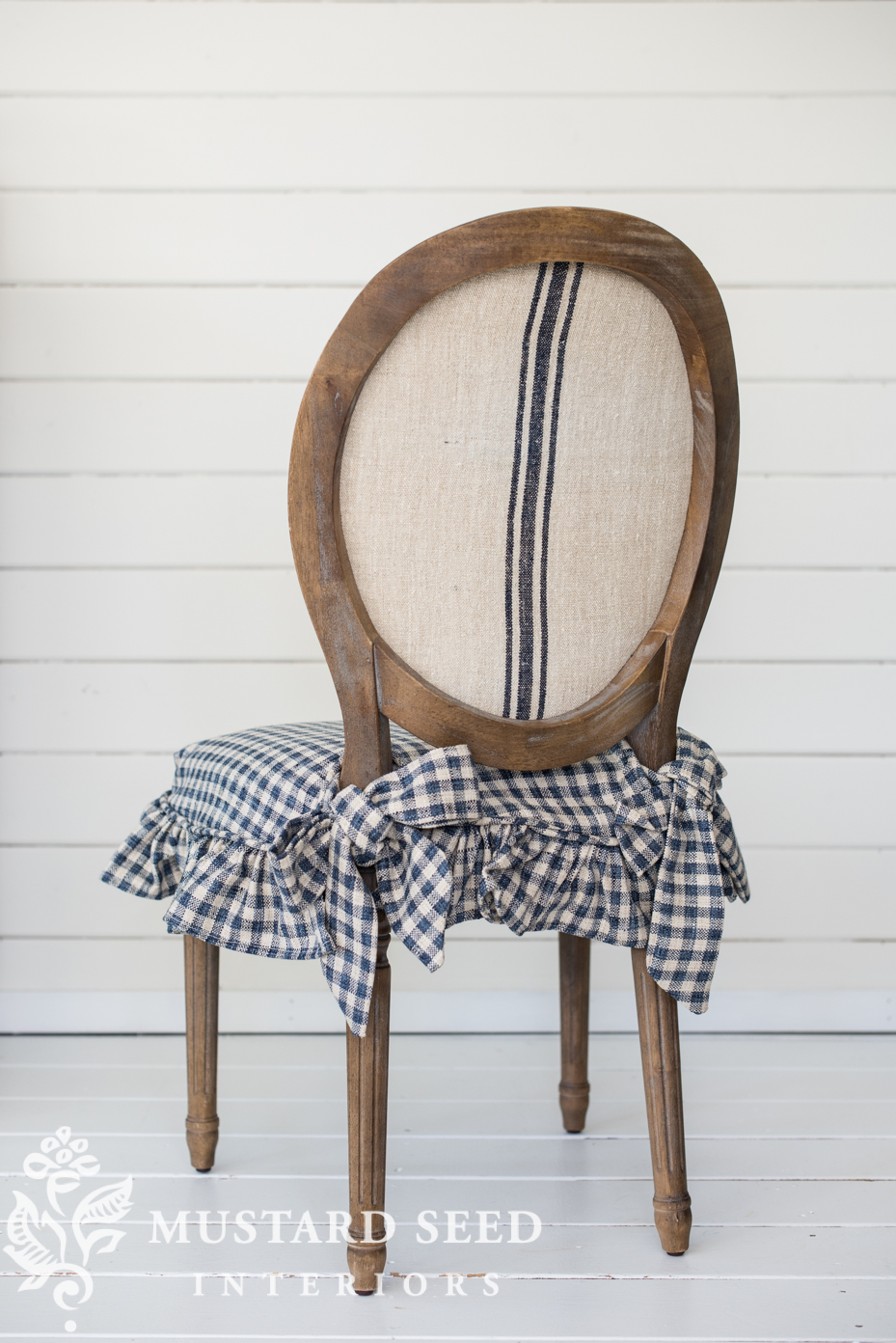 Now, I goofed on the fabrics a bit.  Not a big deal, but I was actually planning on using the larger scale check for these chairs and I forgot my plan! 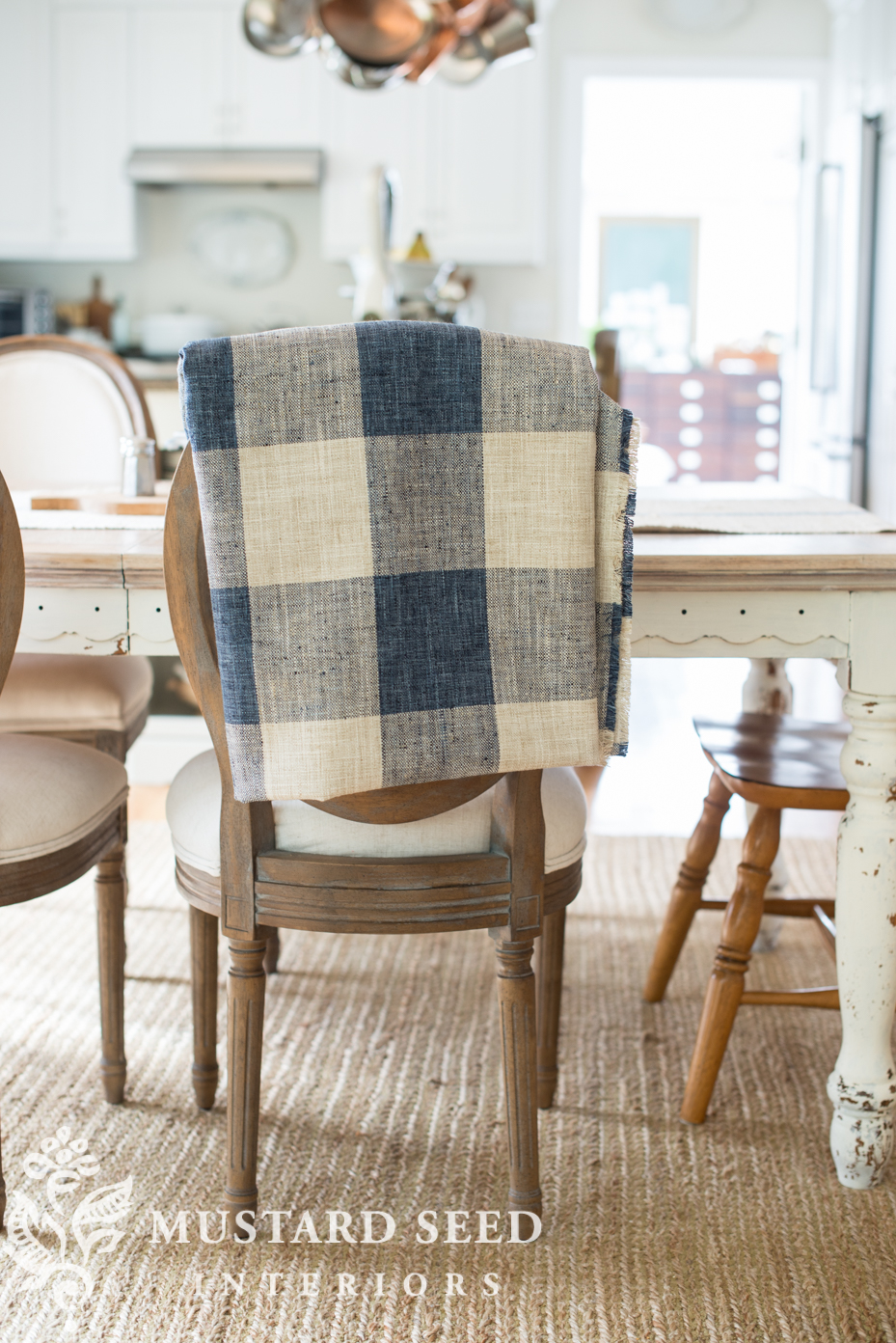 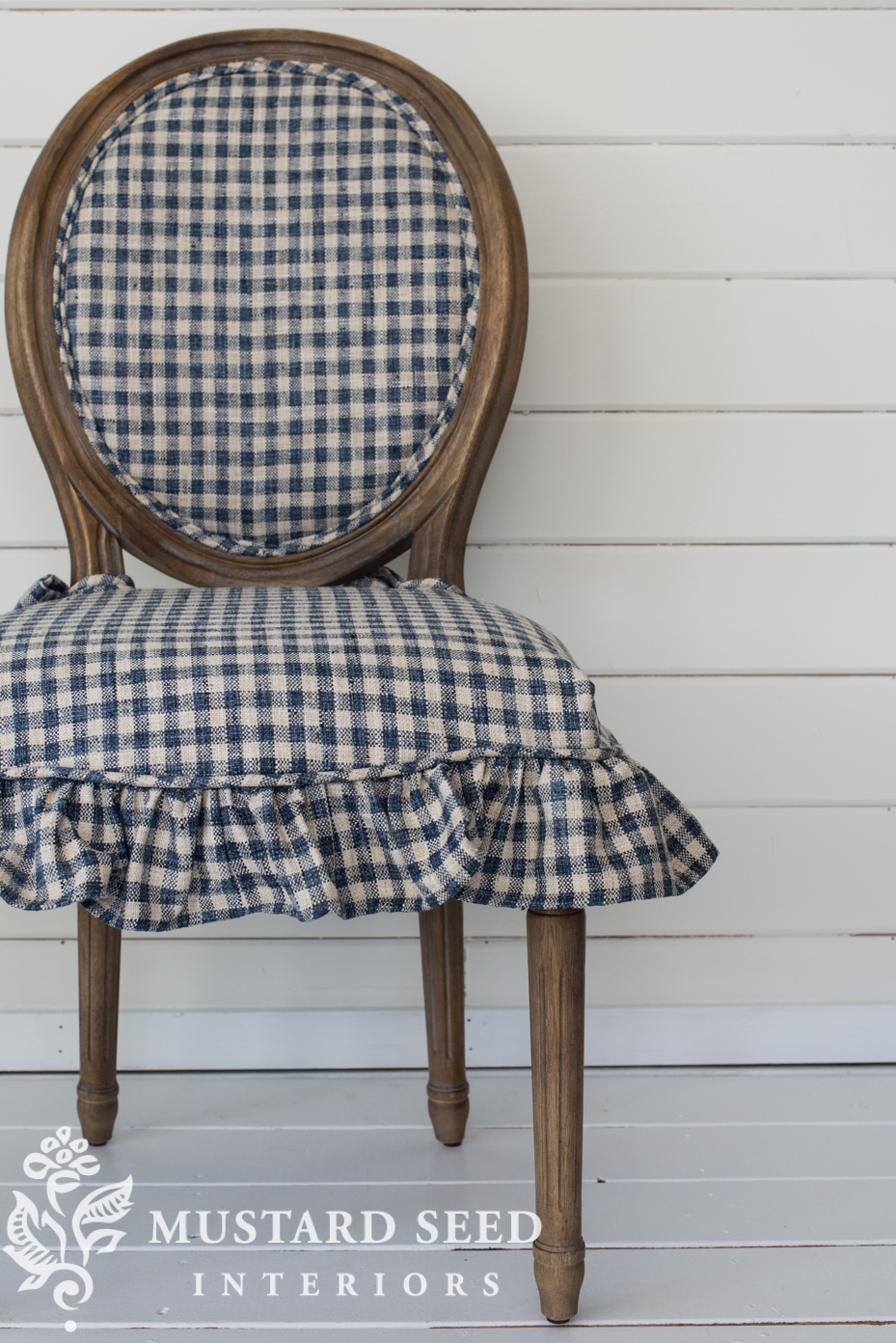 I ended up going with it, though.  I had already cut and sewed all of the piping, double-welting, and the ties and I wasn’t doing all of that work over again.  I order the additional yardage of the small-scale check that I needed.

I think the small scale works well on the chair, but it has a bit more of a 1990’s country vibe than I intended!  There are no ducks or bears or mauve or hearts, so it doesn’t look as much like that in the context of the room.  Especially on that style of chair, it looks more French country. 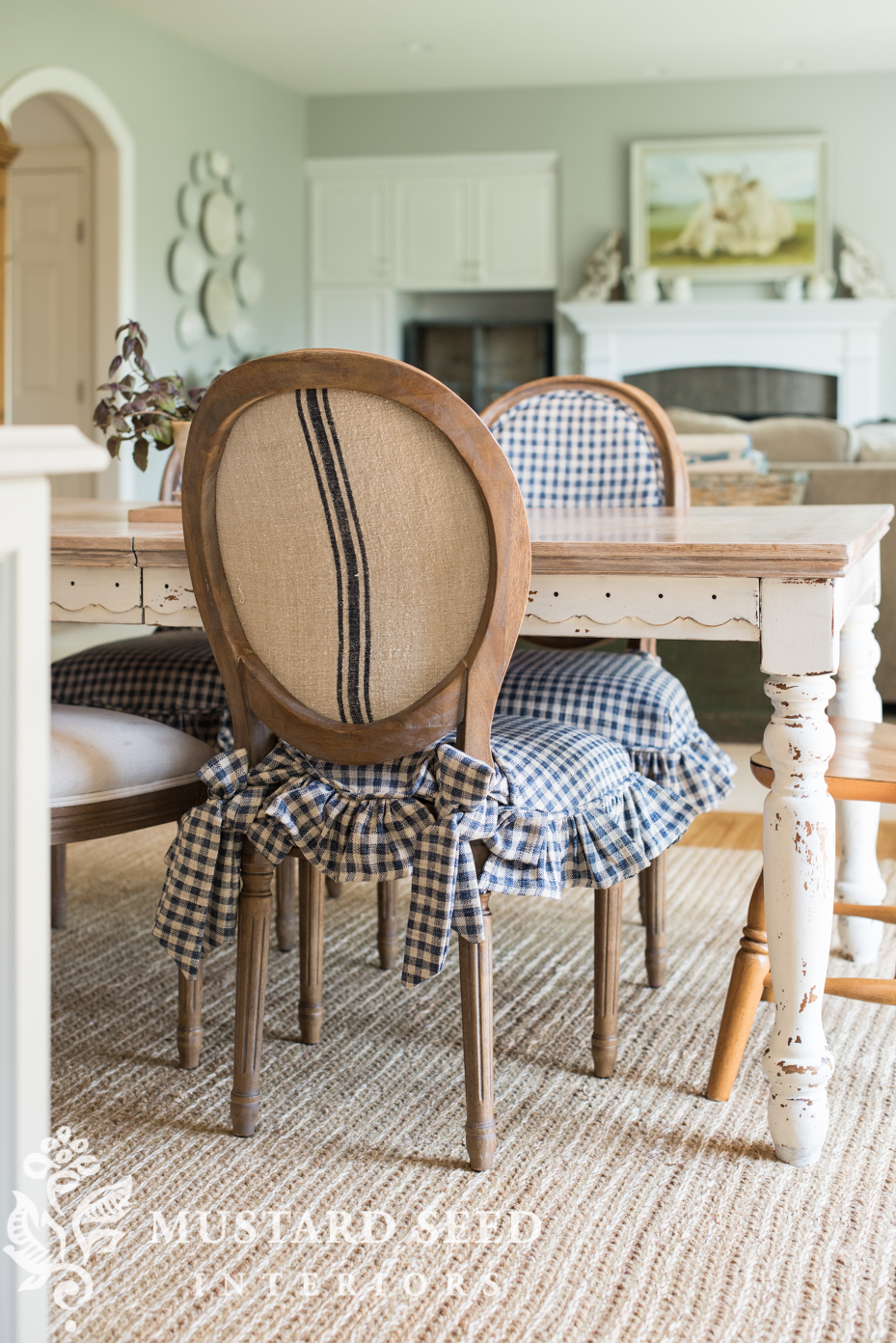 And, would you believe that I used the wrong grain sack as well?  I had bought a roll of grain sack to use and I didn’t notice it until after this one was cut and stapled to two of the chairs.  Again, it works fine, so I just went with it.  Clearly, I need to write down by plans and label fabric, so I can keep things straight.  This is one downside of being a “flitter”.  (If you don’t know what that means, read THIS POST.) 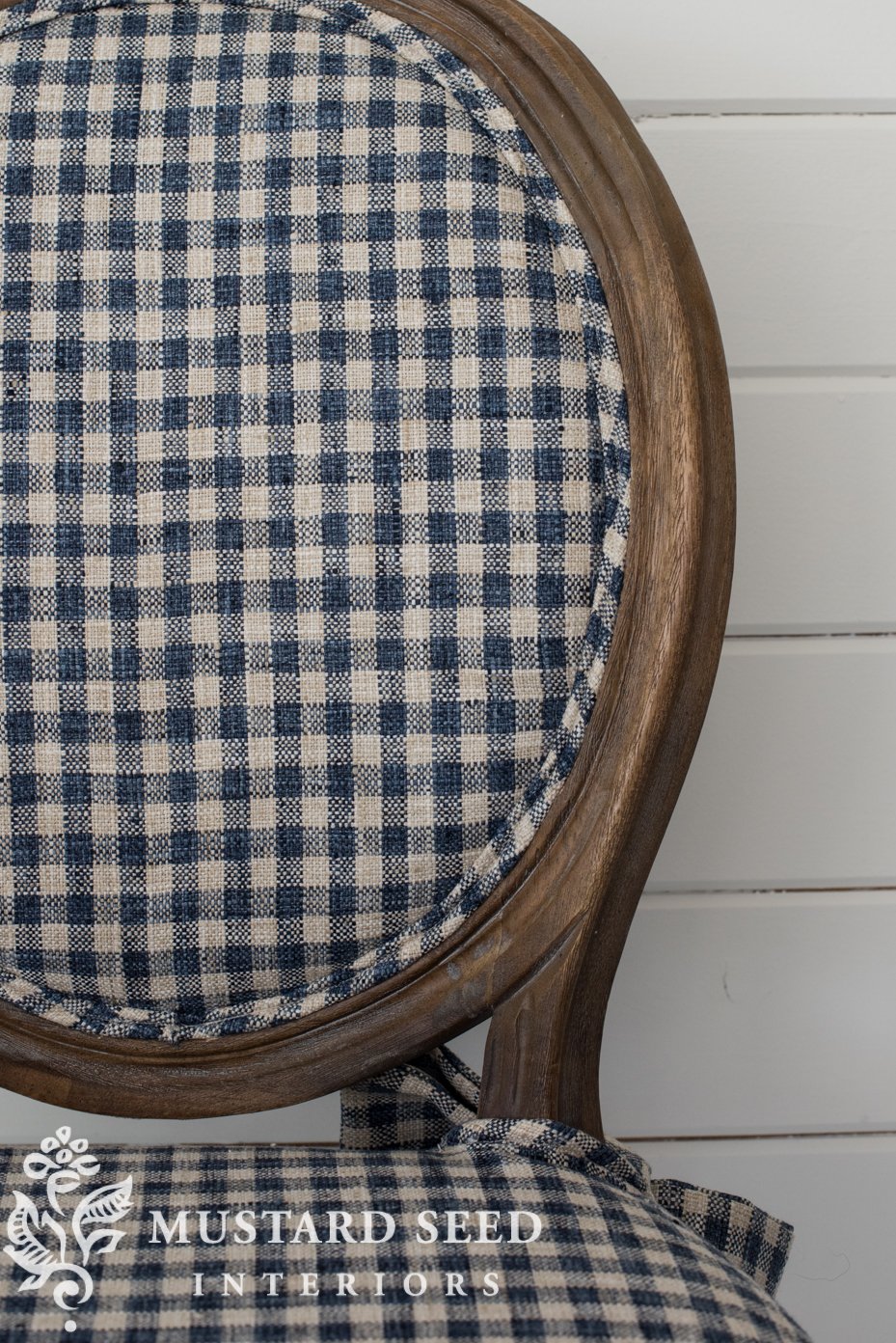 It’s all straight now, though, and I have other plans now for the large-scale check.

The chair covers are slips, so they are removable and washable.  The advantage to the small-scale check is that it’s a little busier and that will hide the inevitable spills and stains between washings. 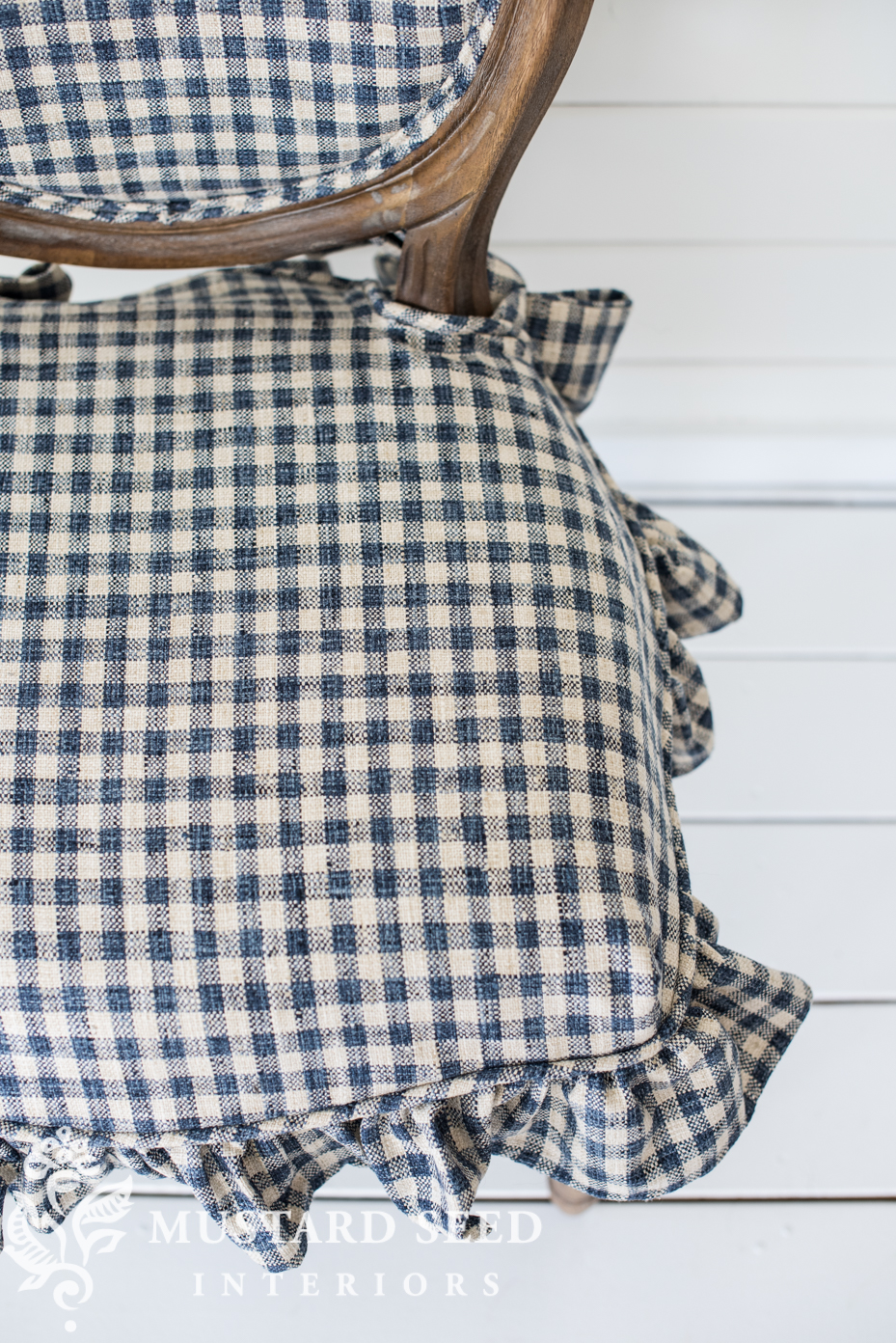 I finished three of the chairs and I reserved the final one to make a tutorial for those who want to make similar chair covers or reupholster a seat back.  I hope to work on that tomorrow. 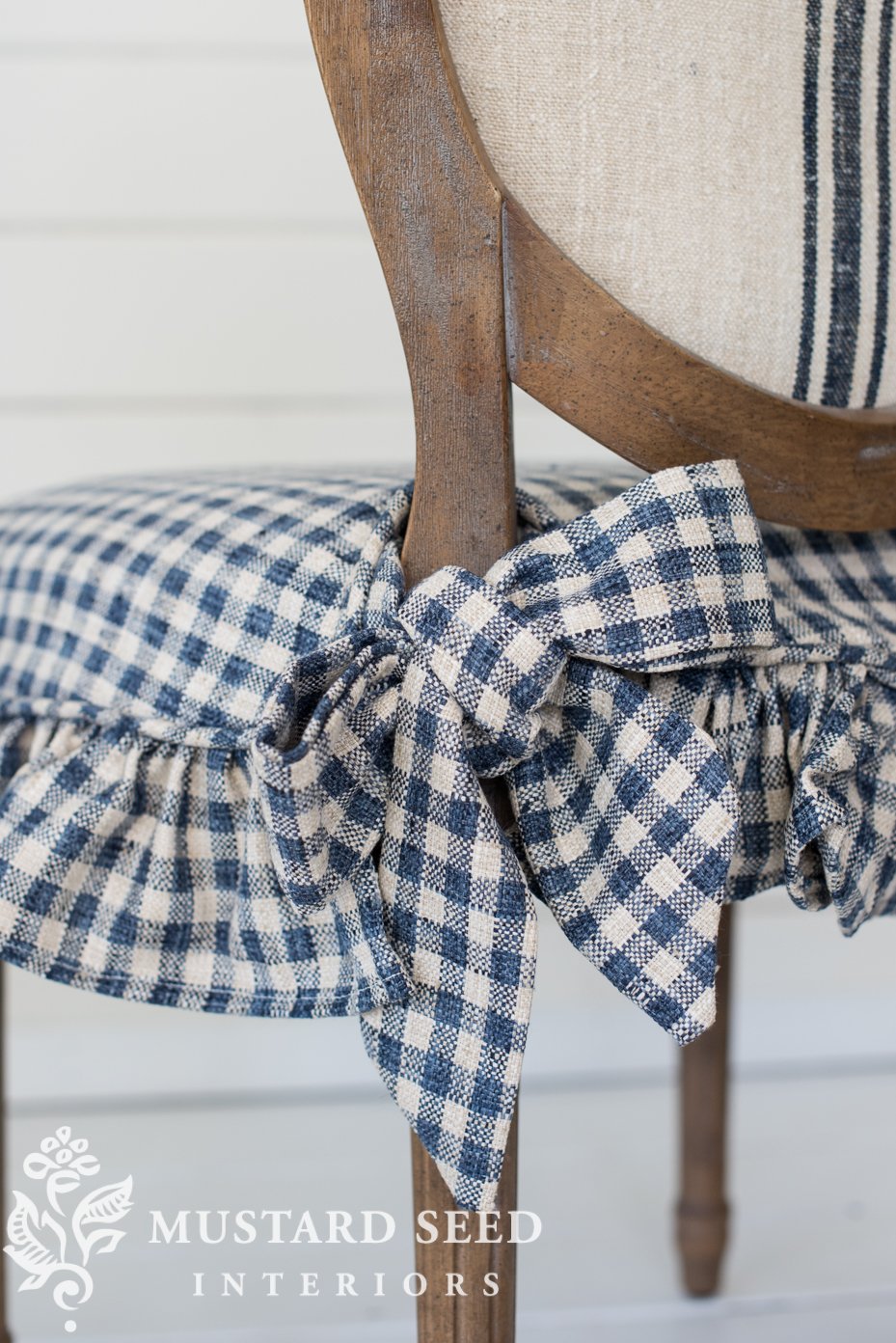