Well, things in the garden are finally blooming and looking much better after a harsh winter and a late spring.  A couple of weeks ago, I wasn’t sure that this garden was ever going to fully wake up, but the cycle of the season is carefully built into each plant and they know what to do even if I don’t.

The petunias and vinca vine in the concrete urn are starting to spill over, just as I hoped they would and the hostas are filling in nicely around them.  I can see I might need to split them again in a year or so, which is fine with me since I have some other places I’d like to plant them. 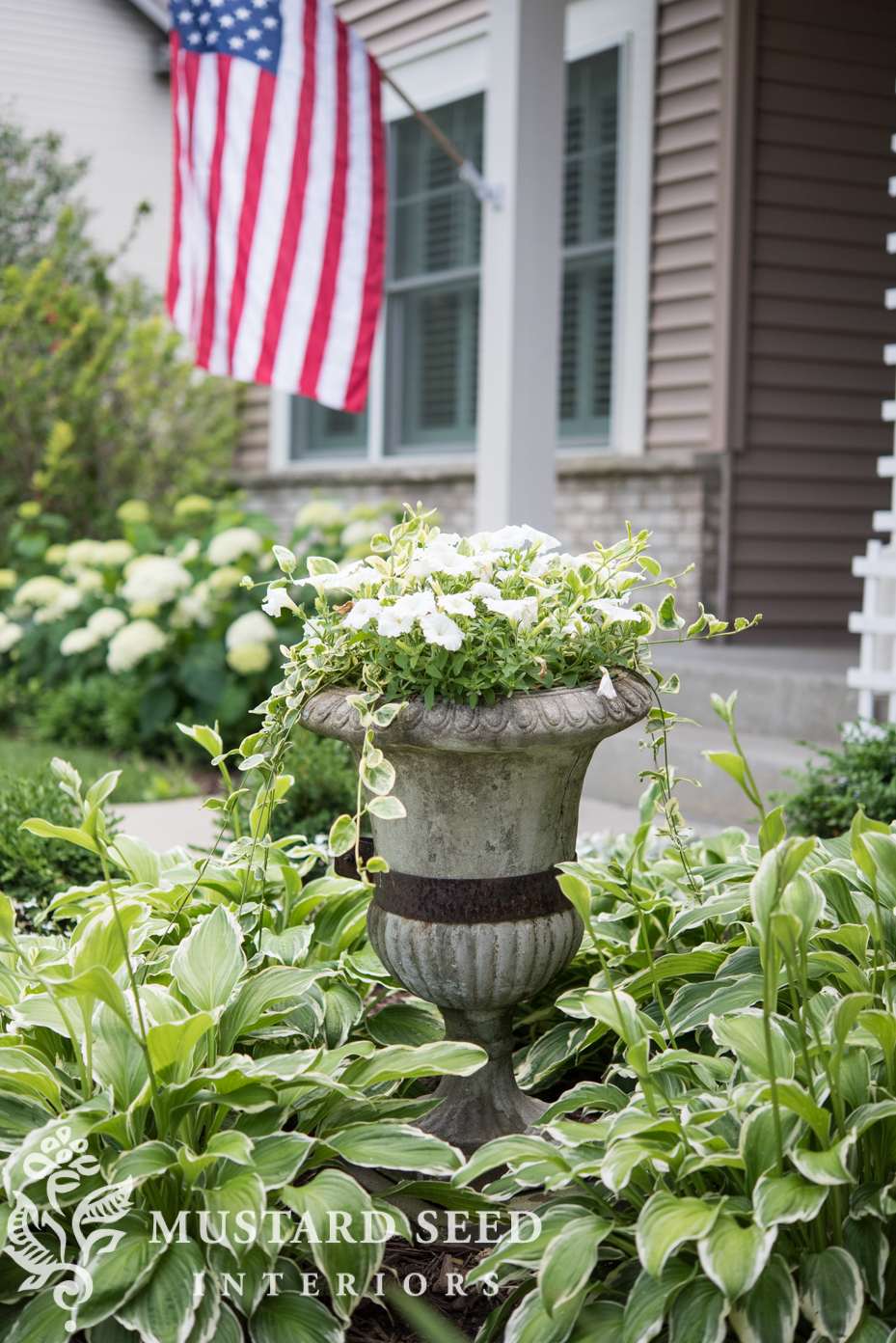 My Annabelle hydrangeas are blooming and beautiful!  I was nervous about them, since I just planted them last year and the winter was so cold, but they are doing great.  I really struggled with hydrangeas at my last house (I think I bought the kind that only blooms on old wood), but this variety is known for blooming reliably each year. 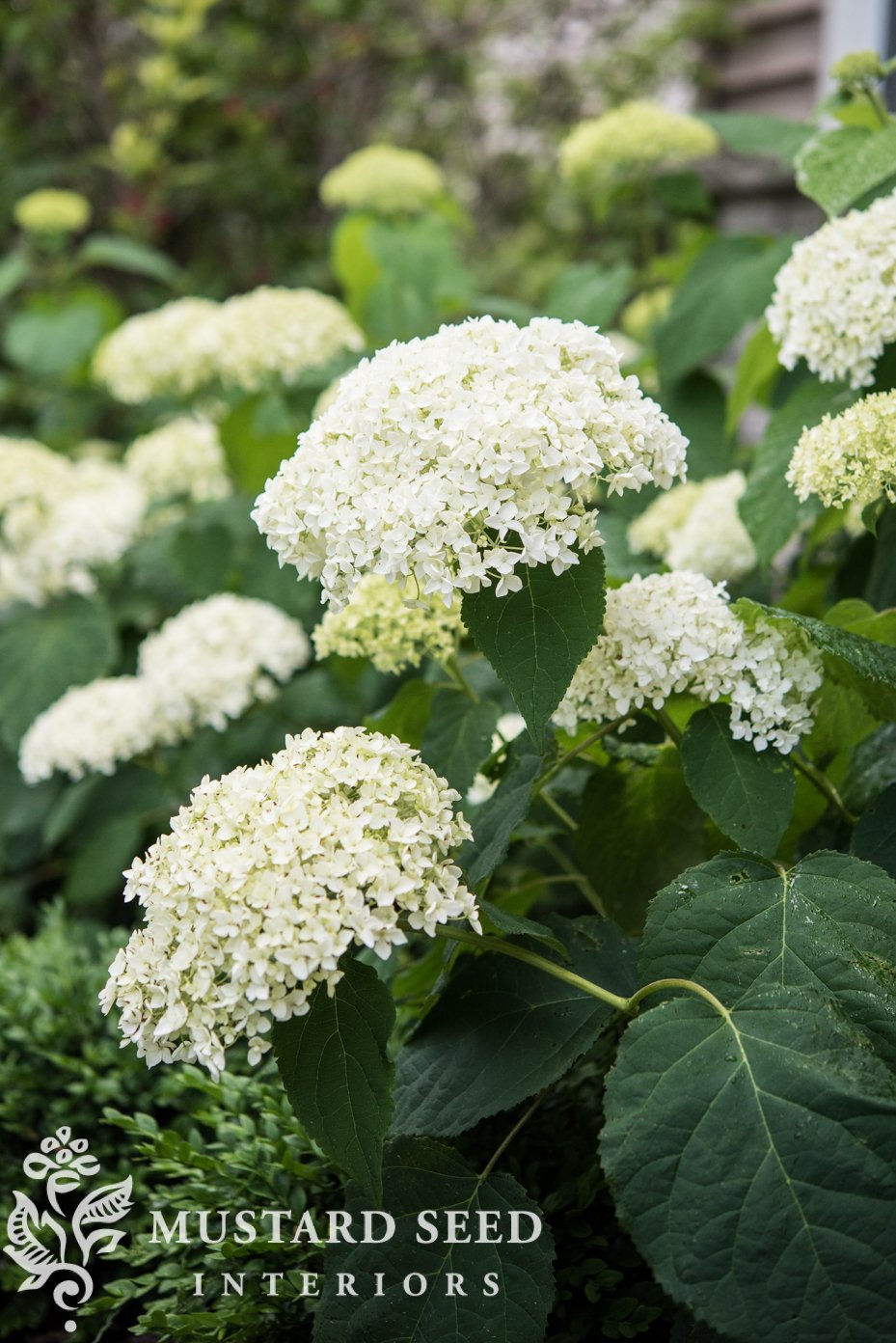 And my creepers and ground covers are creeping and covering. 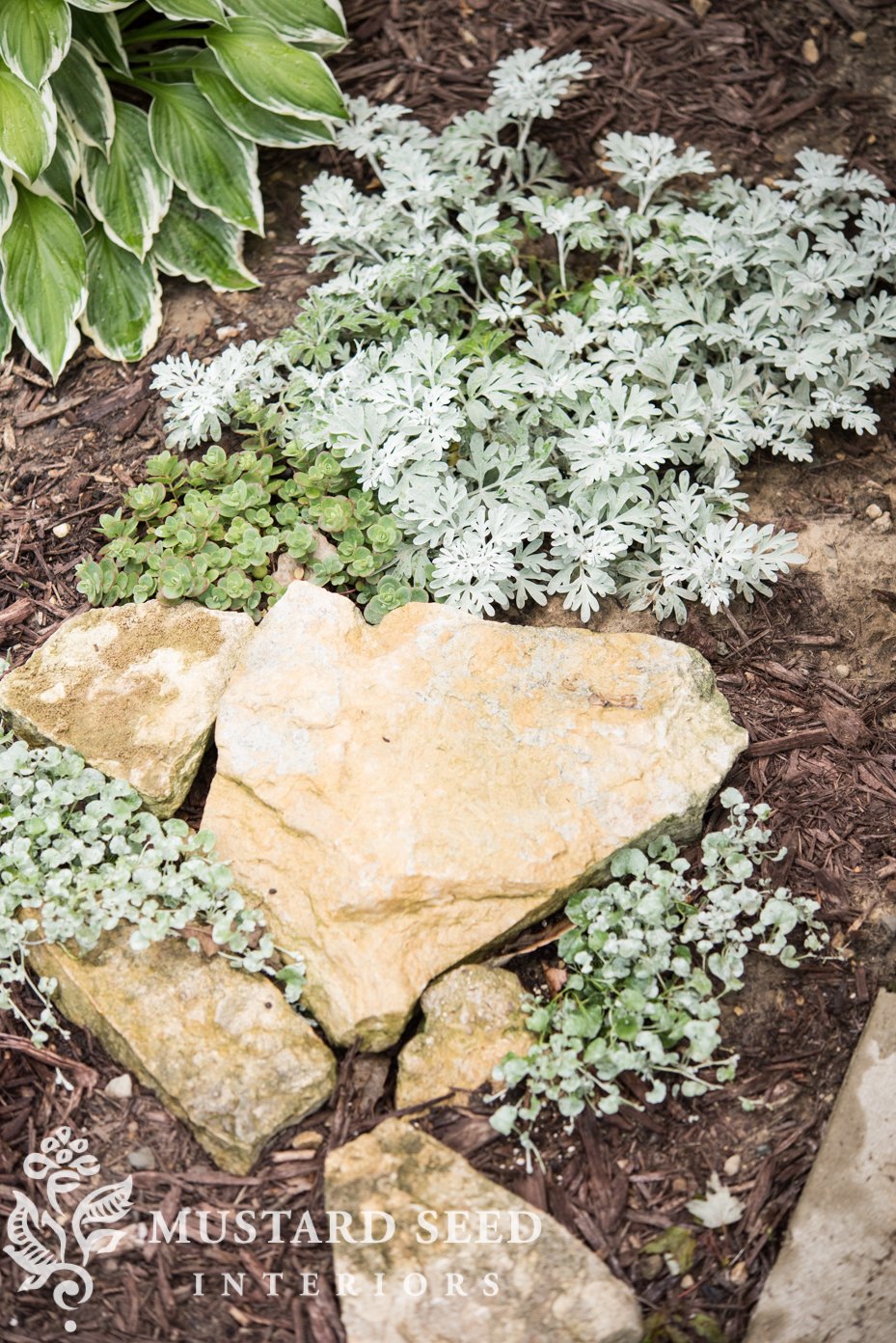 The biggest disappointment has been the sweet autumn clematis.  The plant by the trellis came up and then died.  The other one was very slow in appearing and is just now starting to reach the trellis with its fingertips.  It was being eaten by slugs, so I looked up a few natural remedies.  I ended up out in the dark spraying the plant with watered-down peppermint oil and sprinkling a ring of coffee grounds around it.  That seems to have worked, but I also bought some proper slug/snail/bug repellant. 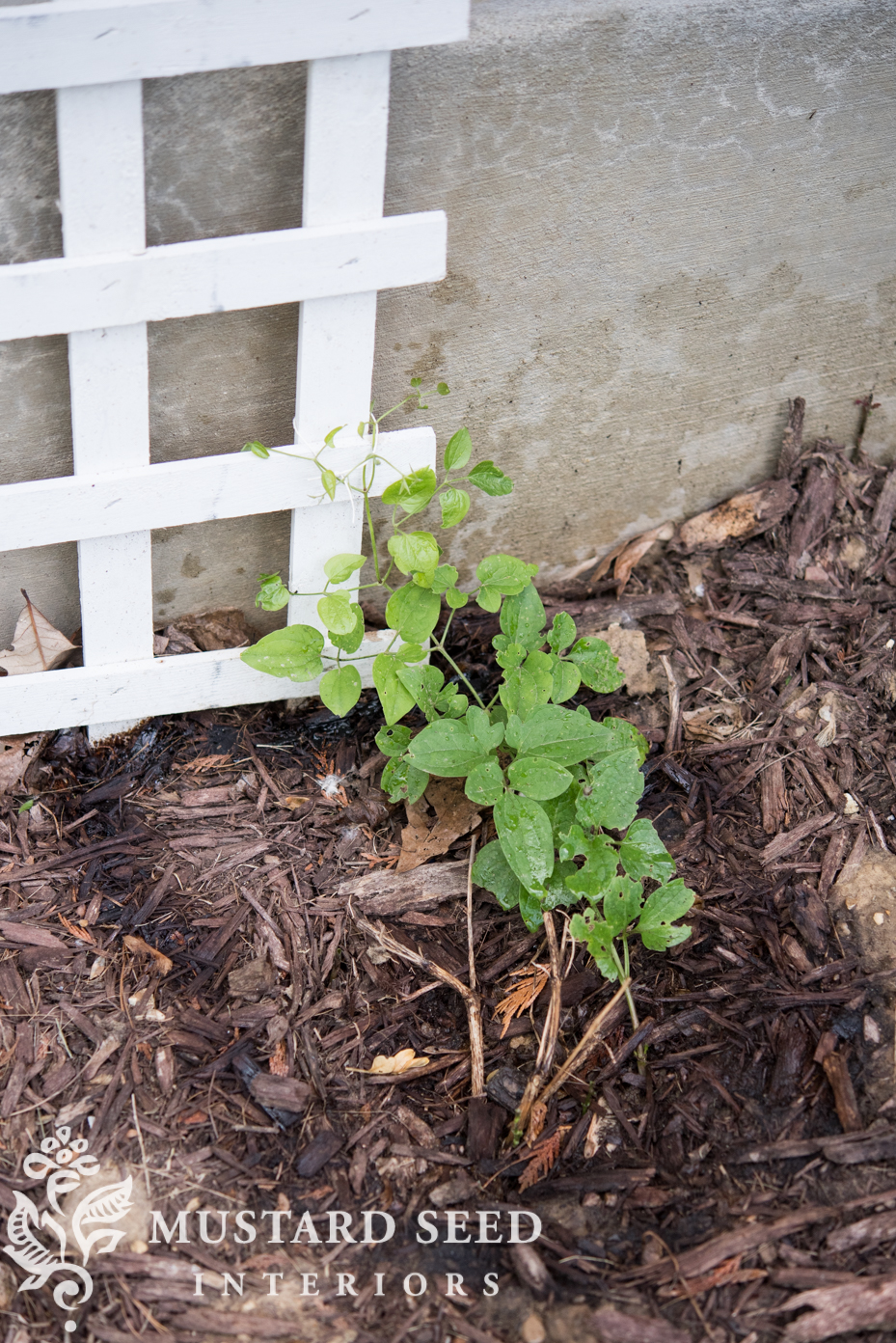 There are a couple of neighboring shoots coming up, but I think the slugs may have gotten to them.  We’ll see if they make it.

The one by the trellis is dead a doornail, though.  I’m leaving the plant in the ground, though, because I suppose it could come up next year.  Right?  I didn’t want an empty trellis, though, so I bought a Huldine Clematis, which also has white flowers, but it flowers all summer. 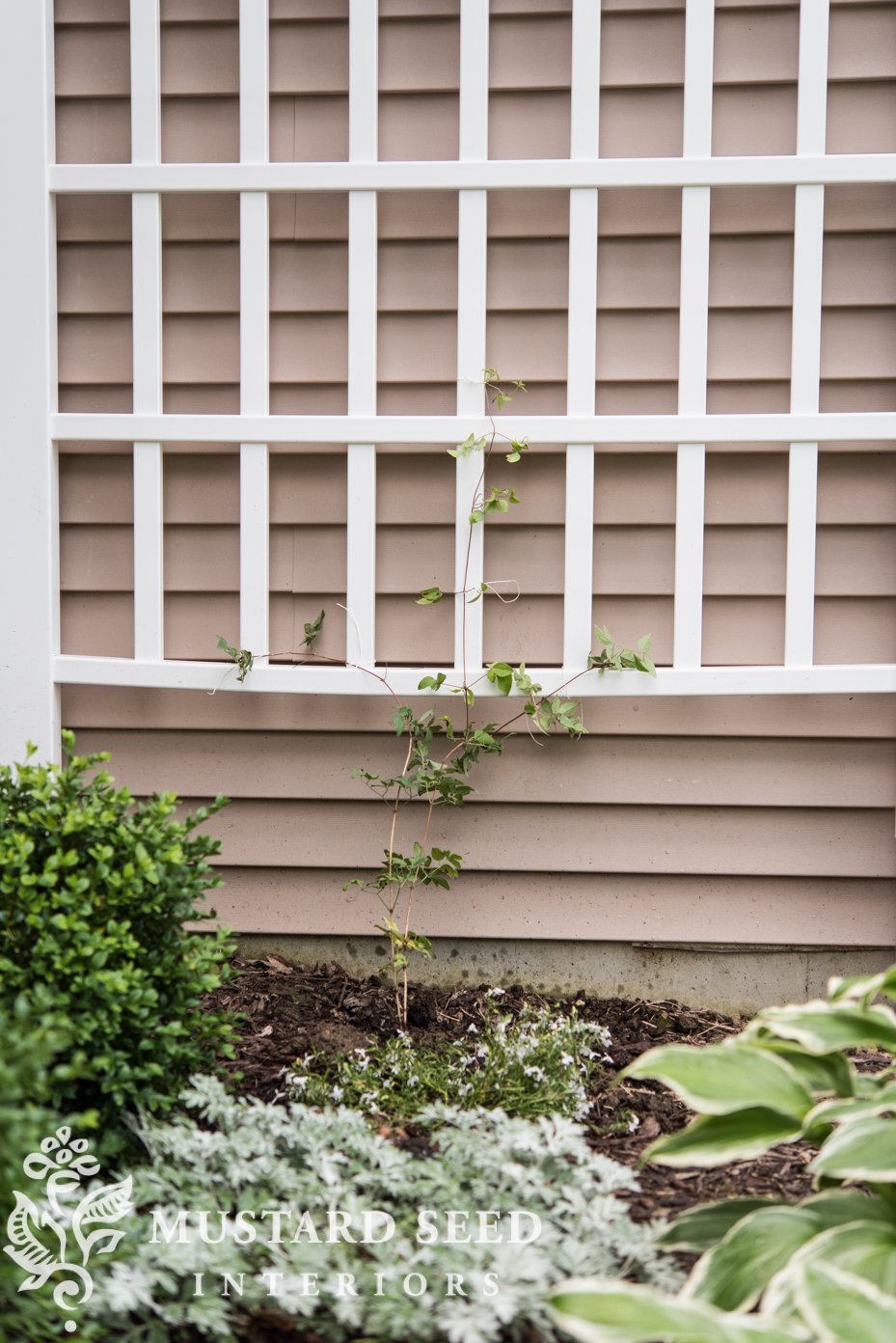 So, we’ll see how this guy does.  He has a long way to grow! 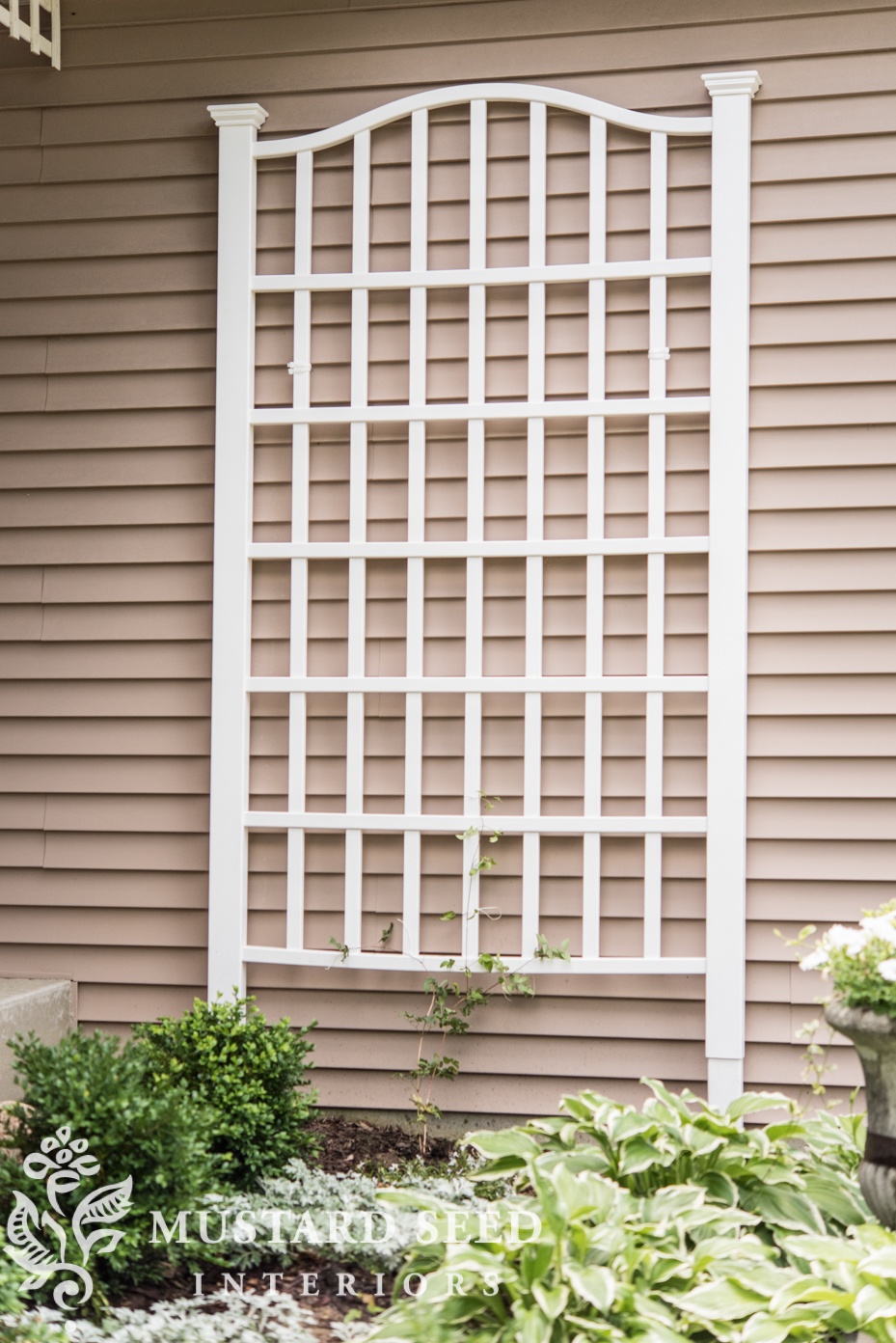