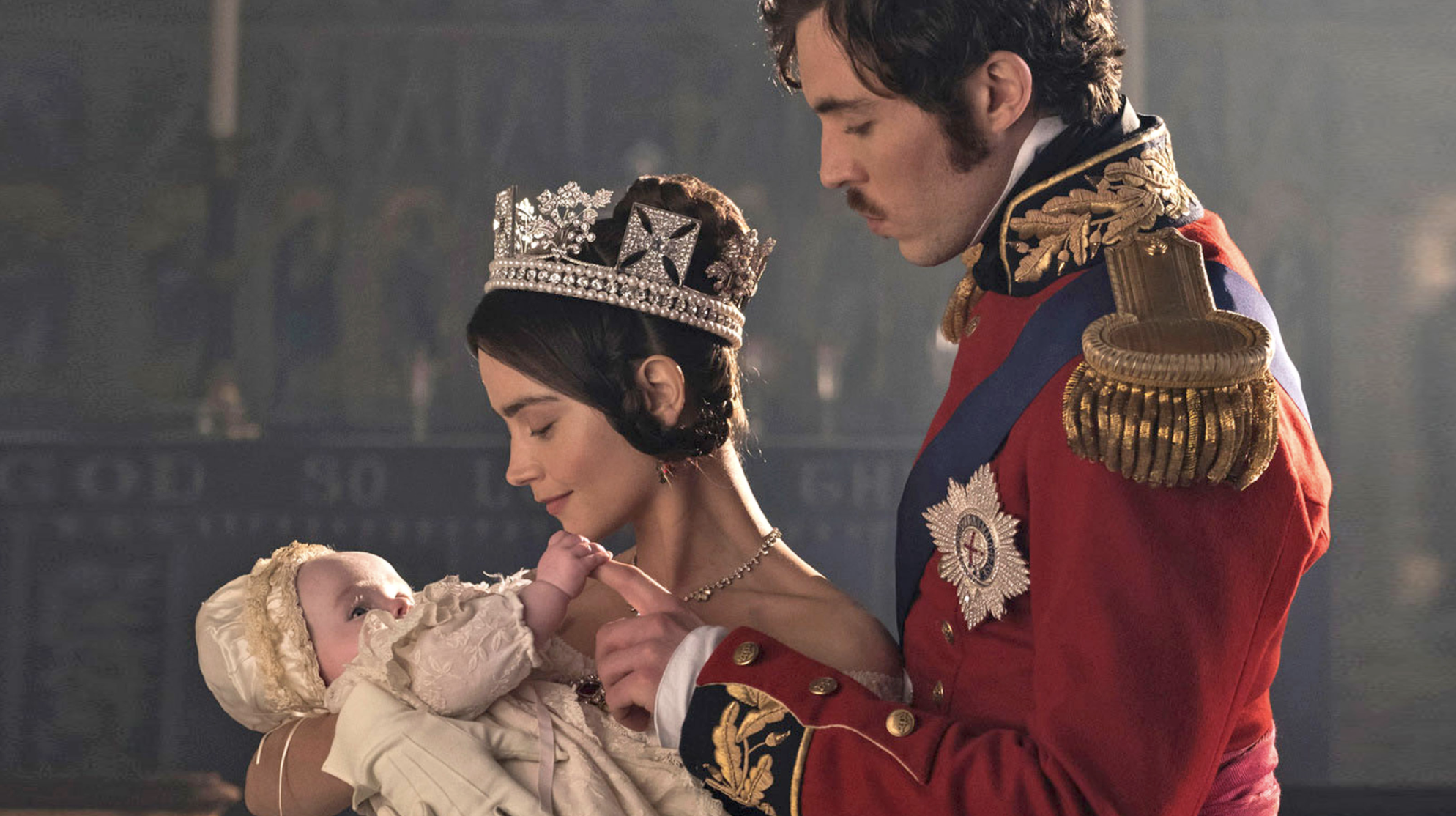 Victoria on Masterpiece Classics is back!  This is a wonderful show, especially for period drama buffs, such as myself.  I think the first episode was off to a slow start, which made me nervous for season two, but it turned out to be a  great season!  (Tip: If you buy it on iTunes, you can see the entire season before it’s released on PBS, so I bought it and already binged.)

My oldest son, Marshall, has been so sick this month!  We think he had the flu, although that wasn’t confirmed with a test.  He was sick in every way for a week and it turned into an ear infection, so we suspect the flu.  Then, after his trip to Belize, he had strep throat.

Him being sick was not a highlight, but while he was sick, he asked me to tell him stories.  I told him all sorts of random stories about my childhood and he kept asking for more.  We would laugh at things I used to say and do and I think he got to know me in a deeper way.

Time with my Mom

Of course, my mom visiting was a highlight!  We had a fun time together, but we also got a ton done!  My mom and I like work and productivity, so we work well together.  I would pin and sew while she ironed.  I would cut in while she rolled.

The biggest way she helped, though, was just prodding me along.  “Come on, let’s get these curtains all finished, since you don’t like doing them and it takes much longer to it by yourself.”  So, we got more done than I thought we would and it feels so good to have some of that behind me. 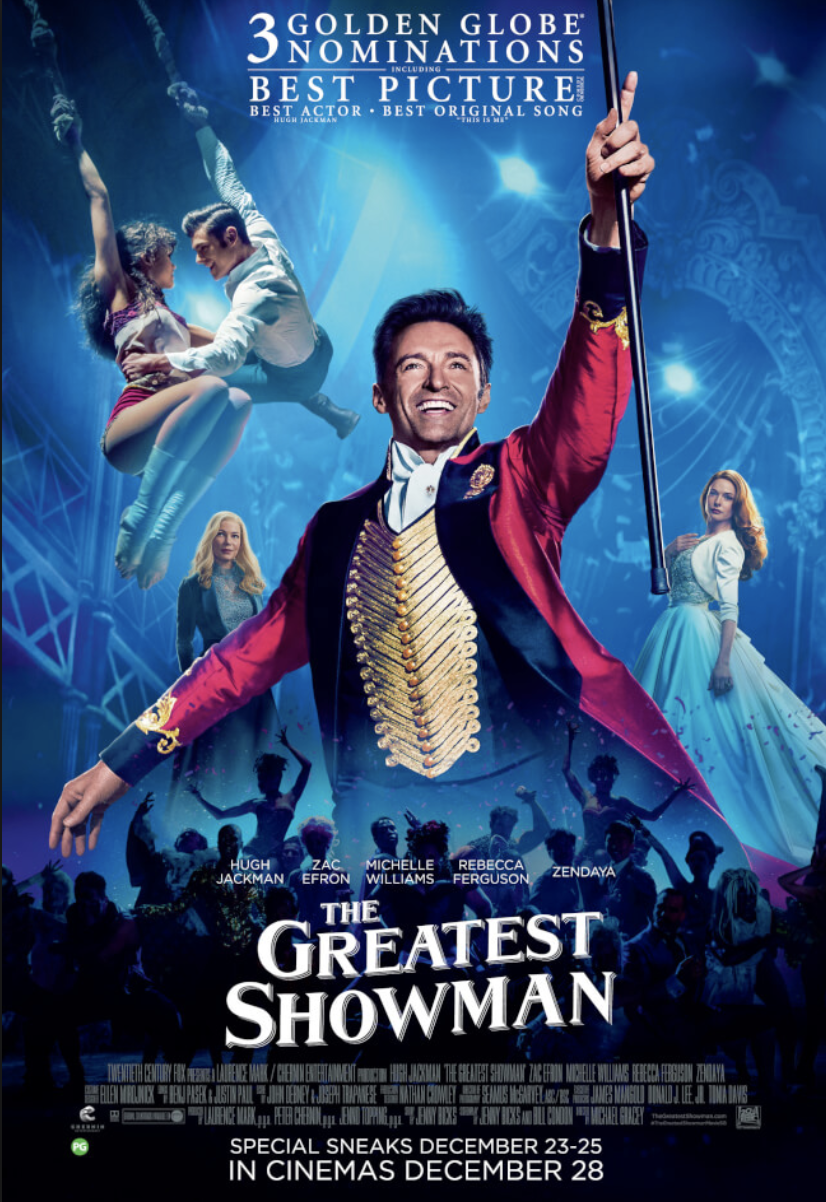 When my mom came to visit, she all but insisted that we go watch this movie.  She had already seen it twice and that didn’t stop her from taking me and Calvin to see it a third time.

She was right.  It’s a wonderful movie and even Calvin, my nine year old, who isn’t exactly a musical theatre buff, enjoyed it.  He had seen Zac Efron on Running Wild with Bear Grills, so he liked that he would get to see Zac in a movie.  We even went once more when Jeff and Marshall returned from their mission’s trip to Belize

In addition to the movie, I’ve been enjoying the soundtrack as well.  My mom and I joked that it was our theme music for her visit.

“This is Me” Clip

Building onto The Greatest Showman favorite, I found this behind-the-scenes clip that is so good.  It is an audition, of sorts, to get the film green-lighted and it was a goose-bump-inducing video for me.  I love this song as well – how it celebrates our uniqueness as humans.

As I shared earlier this week, I finished the 100 meadows project! Finishing was a big milestone for me and I’m guessing that I’ll look back on that challenge as a turning point in my artistic life. 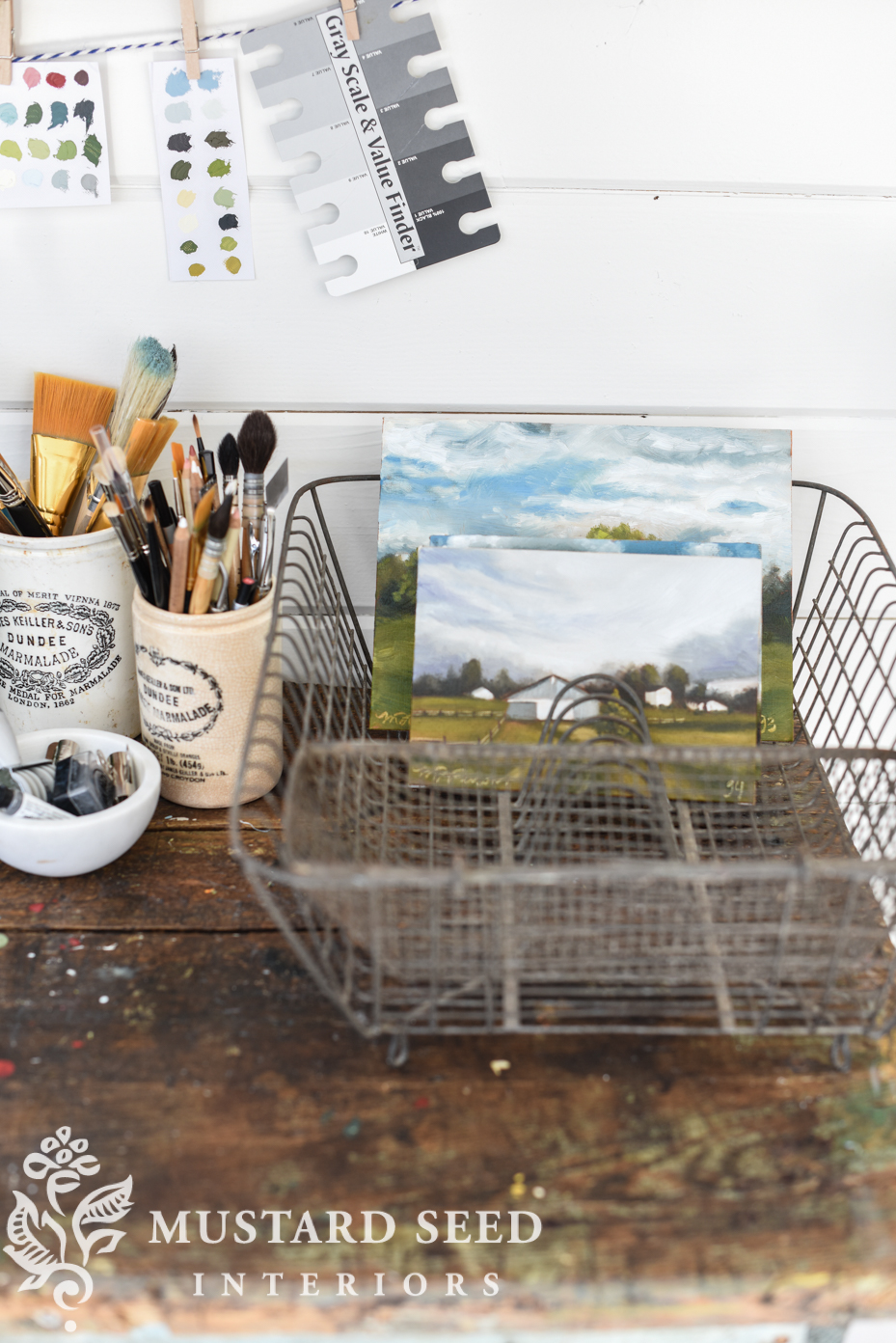 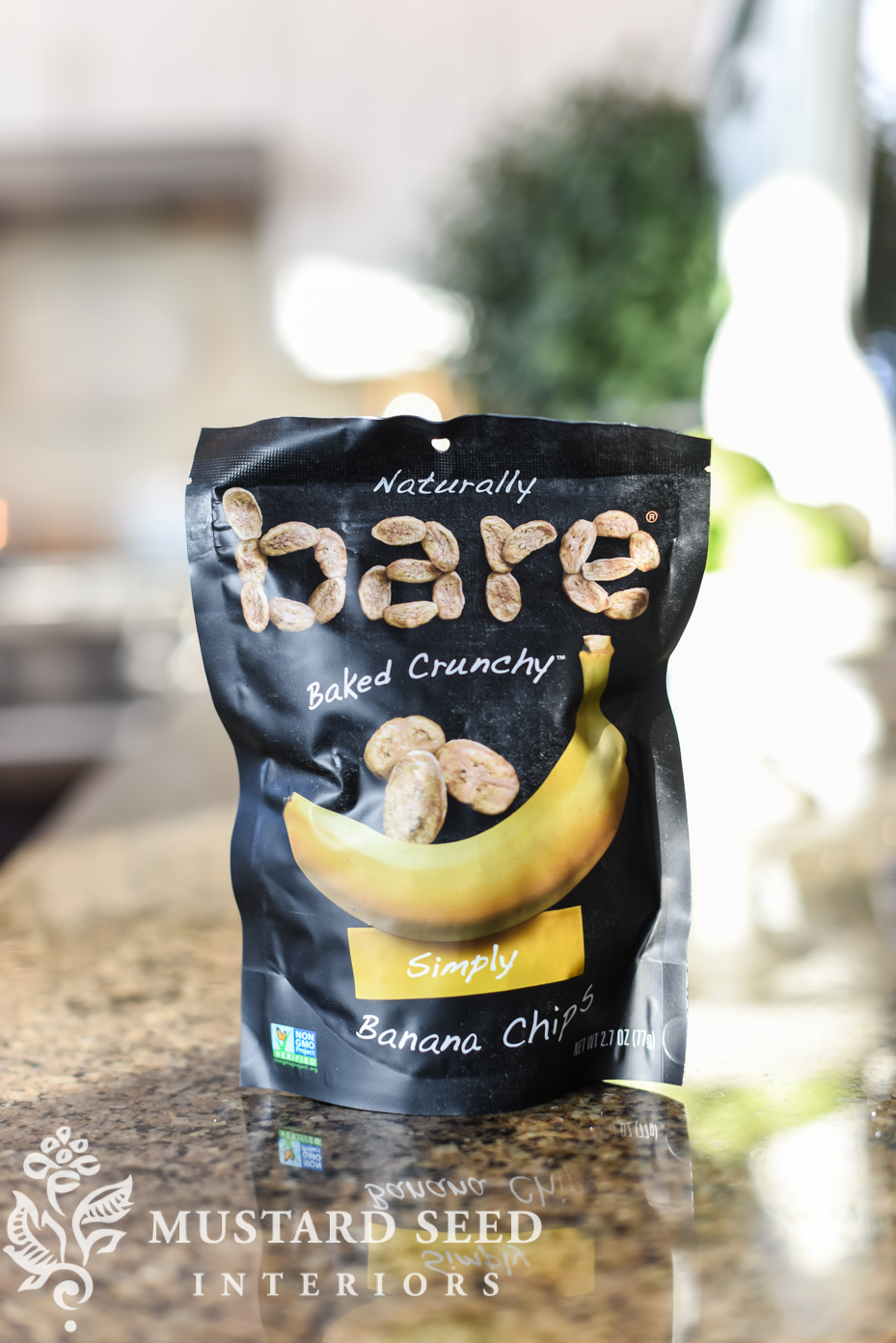 Okay, I am not general a lover of banana chips.  They’re okay.  I like bananas, but I am a much bigger fan of berries, apples, pears, citrus, mangos, pineapple, etc…  Bananas are low on my favorite fruit list.

But these are so yummy!  They are crunchy and sweet, but not too sweet.   And, best yet, the only ingredient is bananas.

Both of these were Christmas presents and I love them so much!  I never really took notice of Sorel, but I started researching a great pair of winter boots and I kept coming across Sorel.  I love their styling and have seen people all over Rochester, MN wearing them, which is a ringing endorsement.  I was able to get a pair with a gift card on an after clearance sale for about $75 (regularly priced at $200).  The sale isn’t quite as good, but limited sizes are available here at Athleta.  (Affiliate link.) 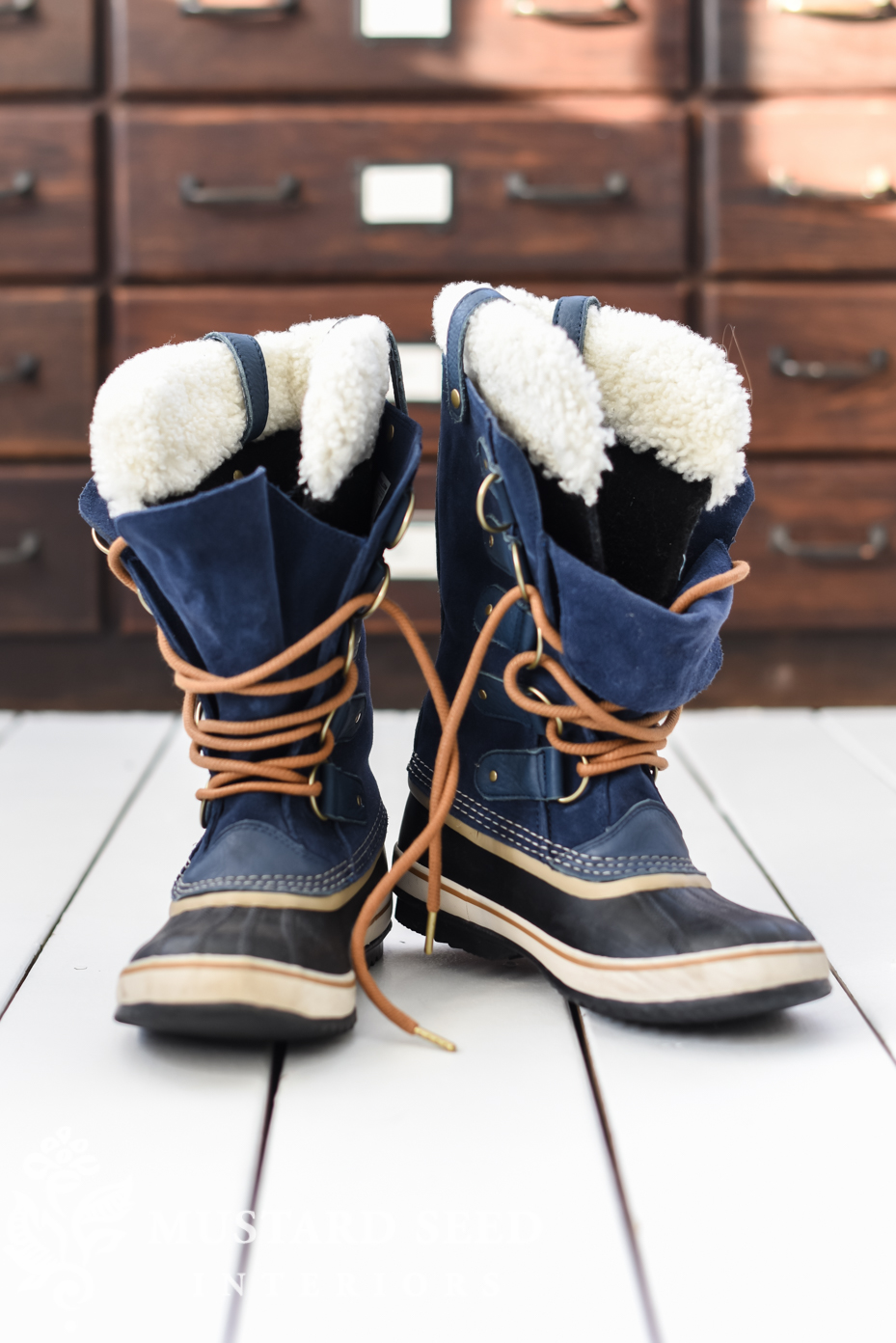 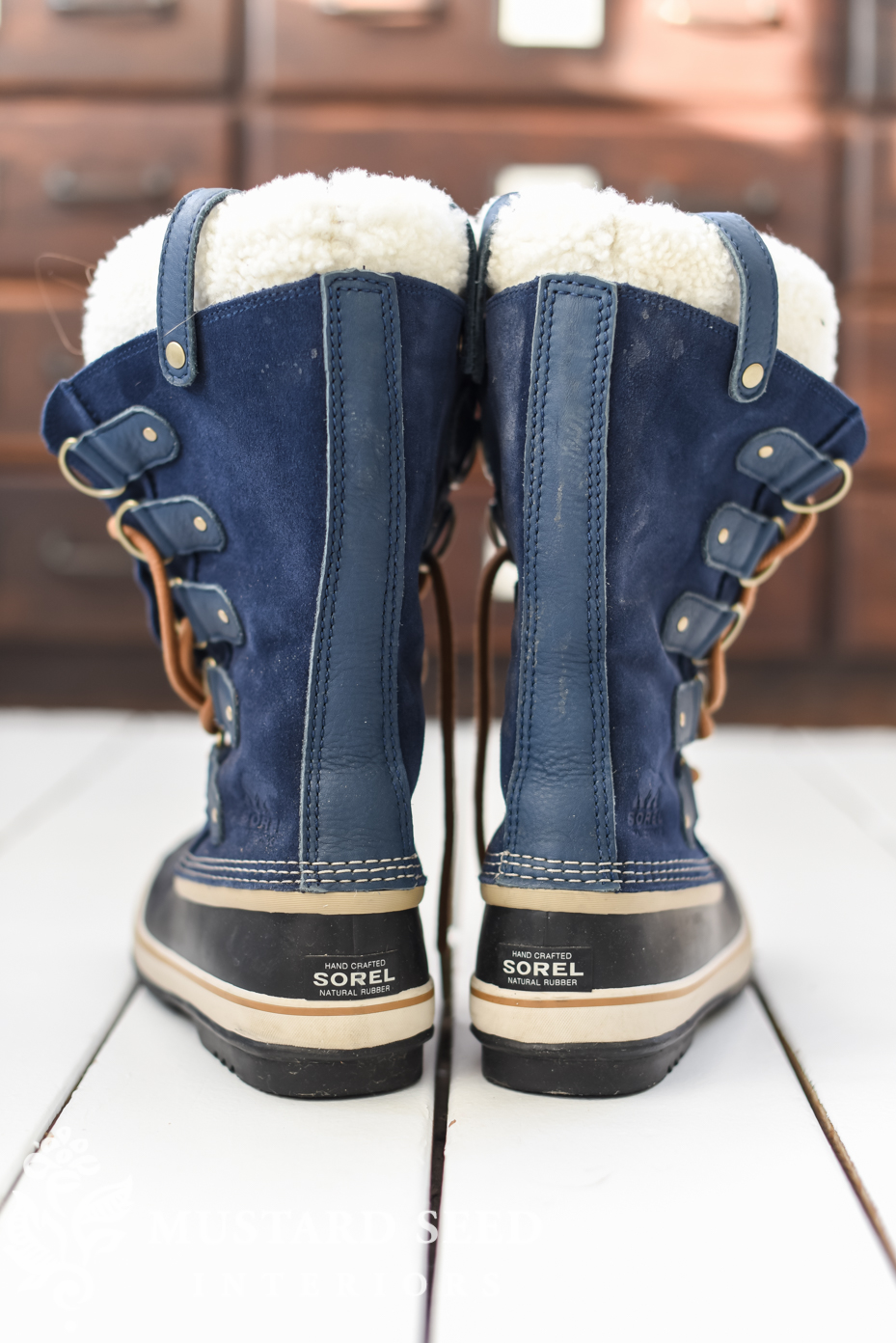 And, I’ve been looking for a pair of booties for a couple of years and haven’t found one that I really love.  When we were Christmas shopping, I spotted these and, even though they are a bit more modern-looking, I loved the style. 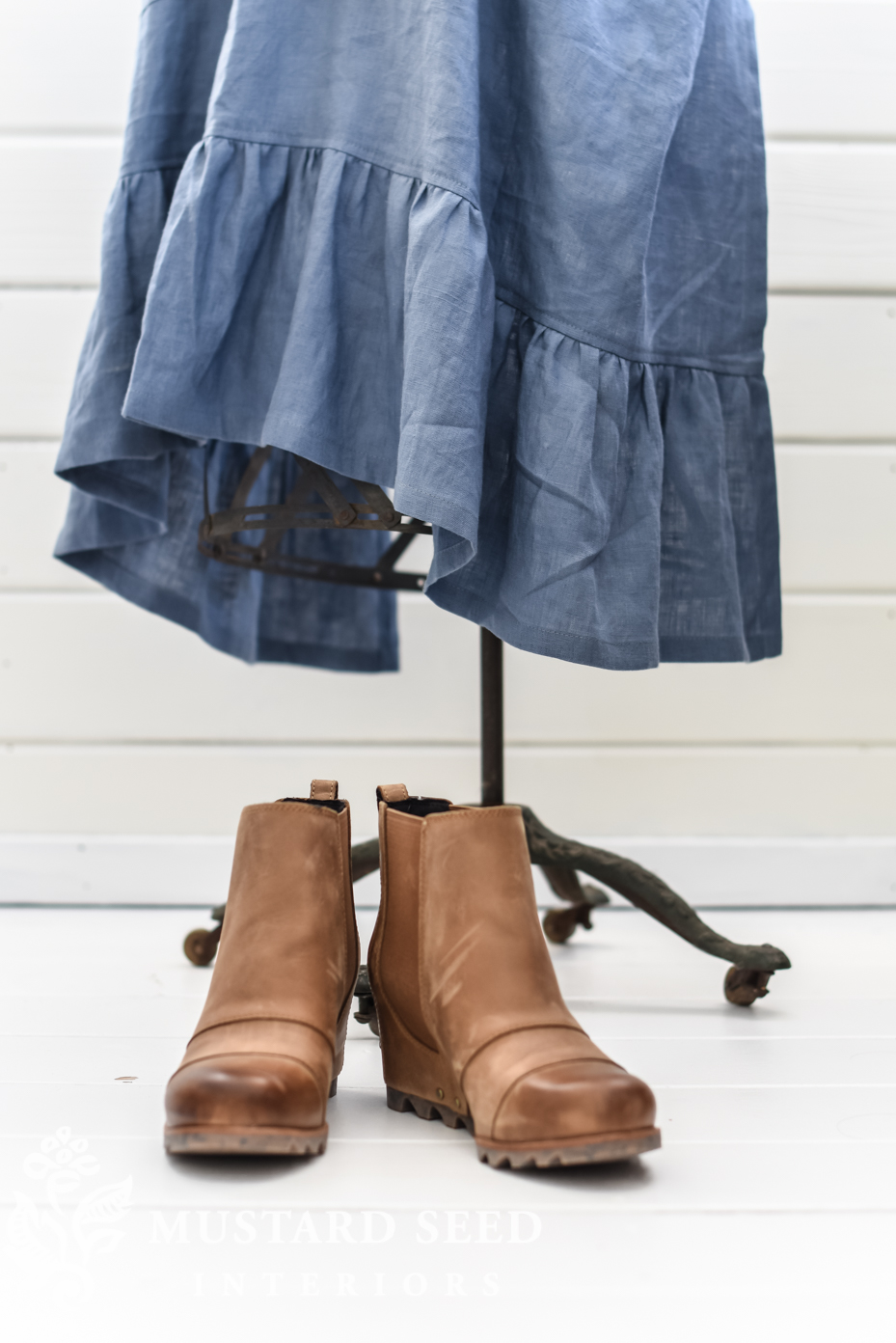 The leather looks a little worn and the design almost reminds me of spats, so even though they have a modern edge, they have old-school references.  And, they are very comfortable.  Even though they are wedges with a little height, I can walk in them without looking like a 6th grader in her first pair of princess heels.  Win-win. 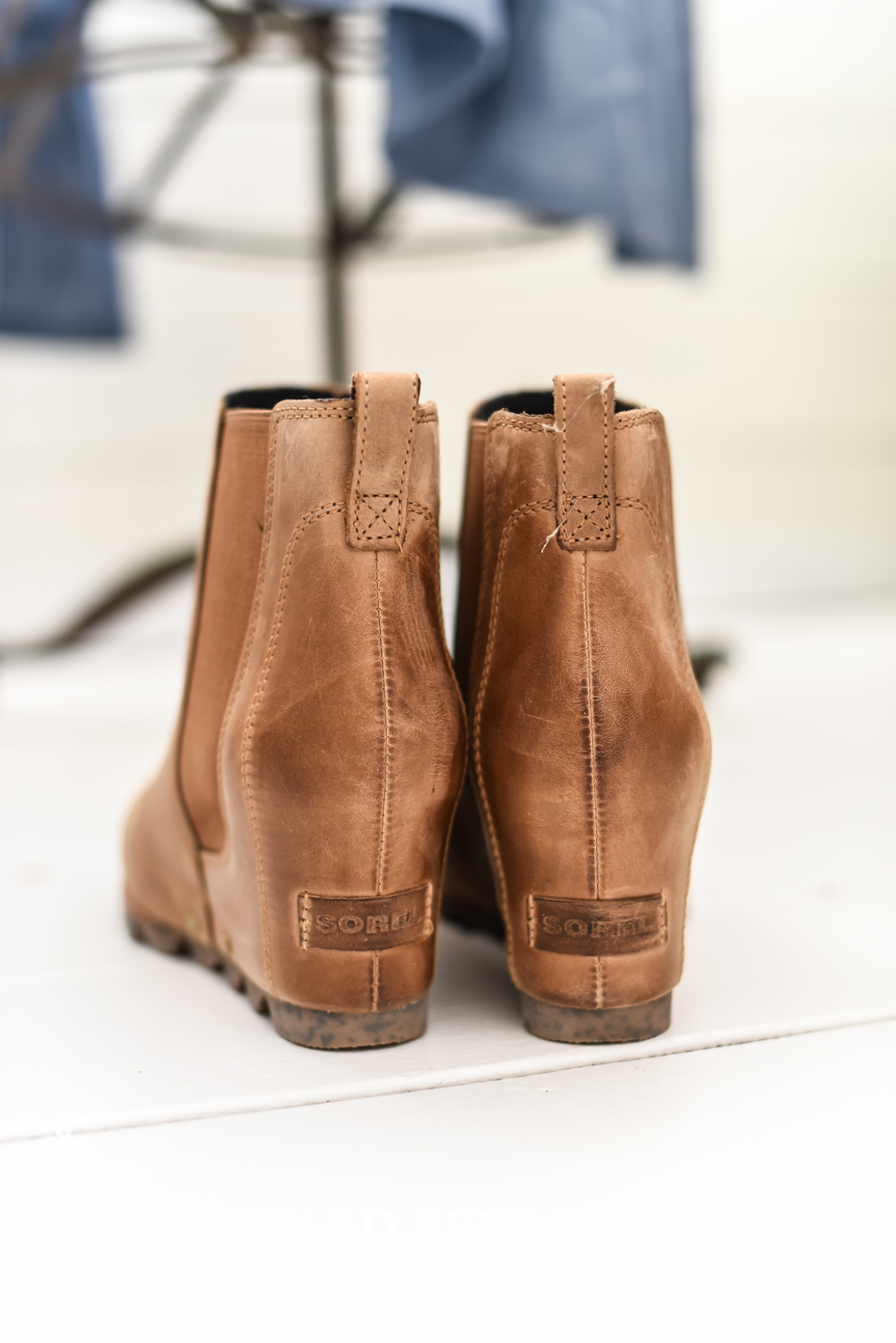 They are the Sorel Lea Wedge Boot and I actually found them on sale HERE for $139.  (Affiliate link.)  Plus, you can get $15 cash back from RetailMeNot.

What were some of your favorites in January?