I tend to get a little bit aimless around the holidays.  Those aimless times are when it’s hard to be your own boss.  I have long lists of things I want and need to do, but I don’t have anything pressing.  (Actually, I need to finish my Christmas shopping and that’s getting pretty pressing…)  When I start to feel aimless, I usually do one of two things.  One – I’ll give myself a break and have an easy day.  Or two – I’ll start knocking stuff out.  I chose the latter today.

Knowing that I had lots to do, but wasn’t sure what I was going to do, I went upstairs and unclipped the fabric at the guest room window and threw it in the car to finally sew them into real curtains.  I started right into pinning and pressing when I got to the studio.  When Kriste showed up, she seemed to be in a “knock stuff out” mood as well, so we made some huge progress in the studio…cleaning, organizing, rearranging.  We want to get the studio ready for workshops (two are scheduled for January and listed in the online shop) and for drop-in customers.  After just a few hours, things were really coming together.  She then worked on painting the $40 church pew we bought a while ago and I finished the curtains.

I didn’t make a tutorial for these, because it was as simple as folding a double hem on all four sides, pressing them, pinning them and then sewing a (mostly) straight line.  Since this fabric has the pattern on both sides, they didn’t need to be lined.  I hemmed the sides first, then the top and bottom.

They didn’t look bad before, but they were carefully tucked into place to hide the raw edges for the pictures.  If anyone brushed against them, breathed near them, they would reveal their unfinished, fraying secret.  The bottoms were getting stringy and it was time to take an hour and get them checked off the list.

Now, they look sharp and are functional.  (And I’m just loving the raspberry buffalo check, so I took a bunch of pictures.) 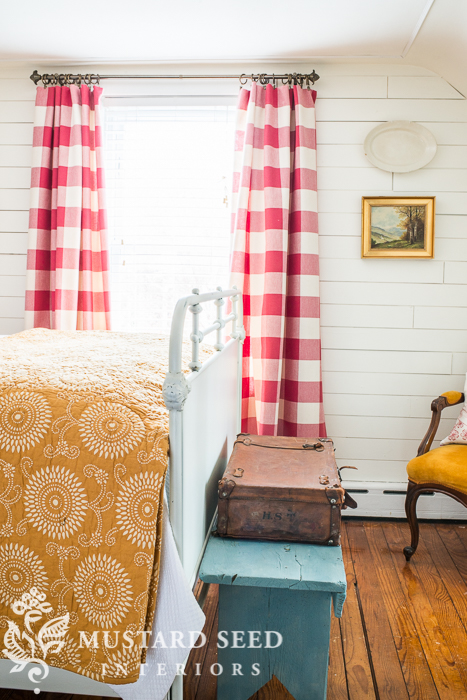 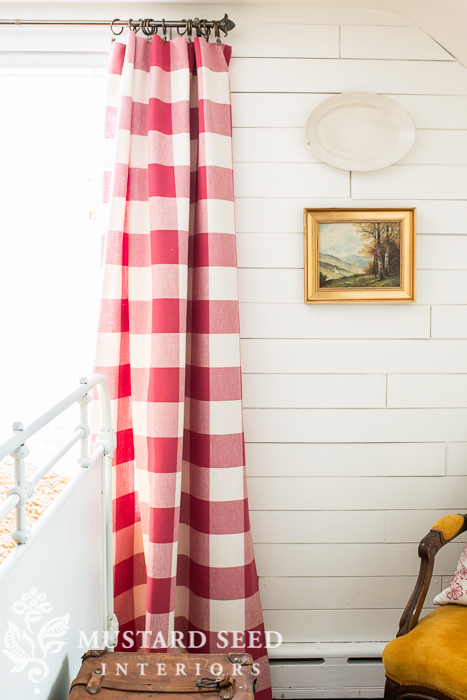 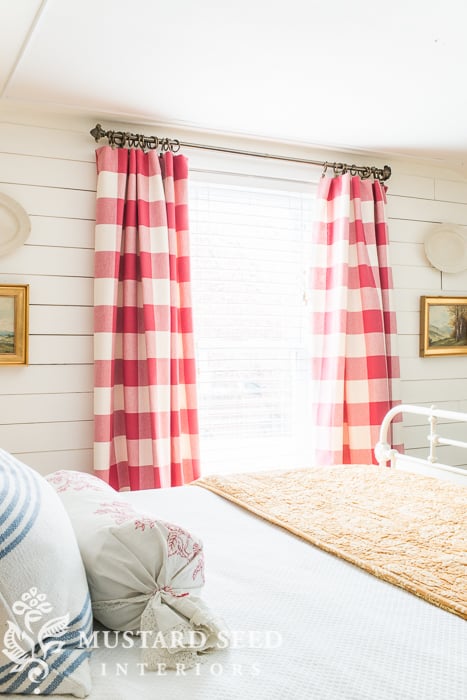 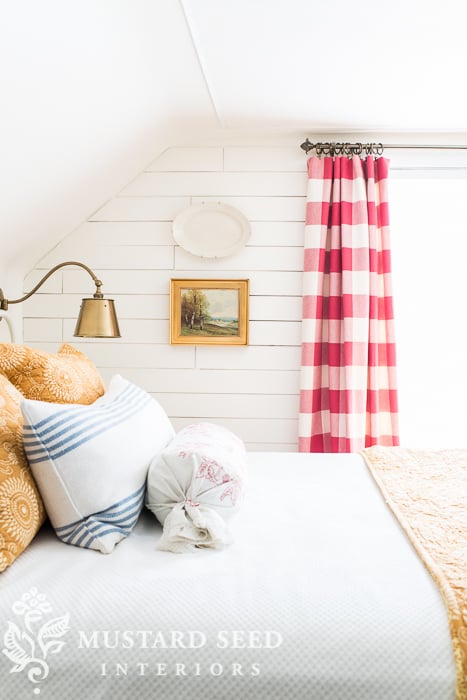 I wish I could share a source for this fabric, but it was a remnant given to me by my aunt and there isn’t a maker or pattern listed.

The guest room is a tricky one to photograph, because it’s small, oddly shaped and has low, sloped ceilings.  Today was also a dreary, gray day, so it was gloomy inside.  I had to drag the shutter forever to get it to look light and bright.

Anyway, I also found a little framed print (on the left) that was a match to the one I found in my Oma’s attic (on the right.)  I actually found one exactly like the one I have, but since I already have it, I listed it in the online shop.  I kept the one on the left to make a pair.  I’ve always loved the little print from my Oma, so it was an exciting find. 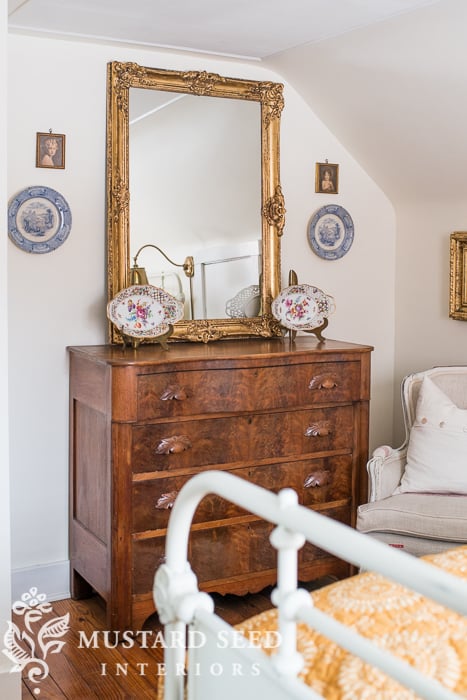 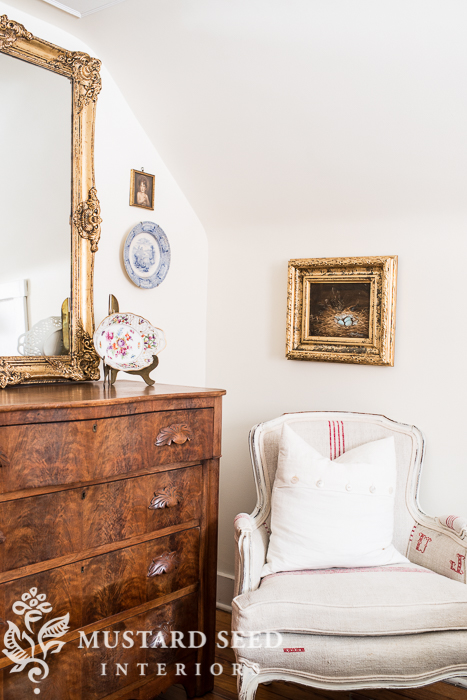 The beautiful oval Bavarian bowls are from my Oma as well.  She had them in her dining room as long as I can remember.  The dresser was a $100 find on Craig’s List and I purchased the mirror frame on clearance and gold-leafed it. 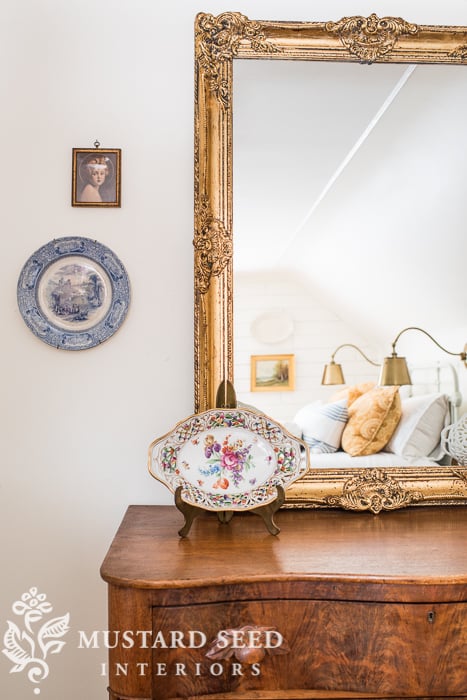 It’s so great to get another thing checked off the list.