fixing the bottom of an upholstered chair

This chair has had issues for a while, but I’ve been ignoring them.  It’s typically been in out-of-the-way places, so it wasn’t something I had to look at or be bothered by regularly.  Well, since I moved it into the studio, this saggy bottom has been annoying me. 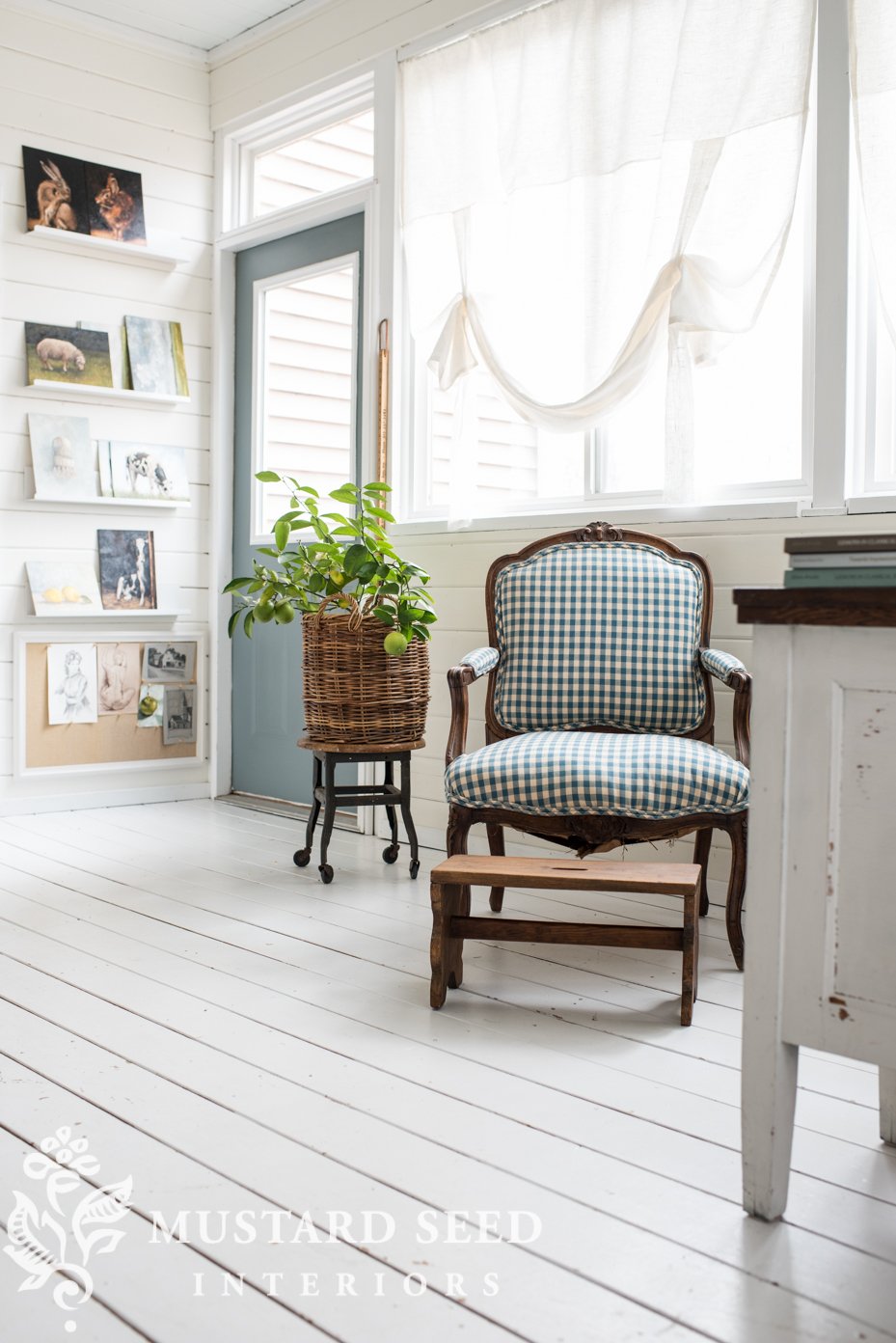 But still not quite enough to actually fix it.

It went on my “annoying project list” to hang out there until I was in the mood to tackle it.  Well, then it started shedding all over my studio floor.  No, no, no.  Not in my creative sanctuary.  Even the boys pointed out the pile of “hair” under the chair, which is saying a lot because they are not generally observant about messes. 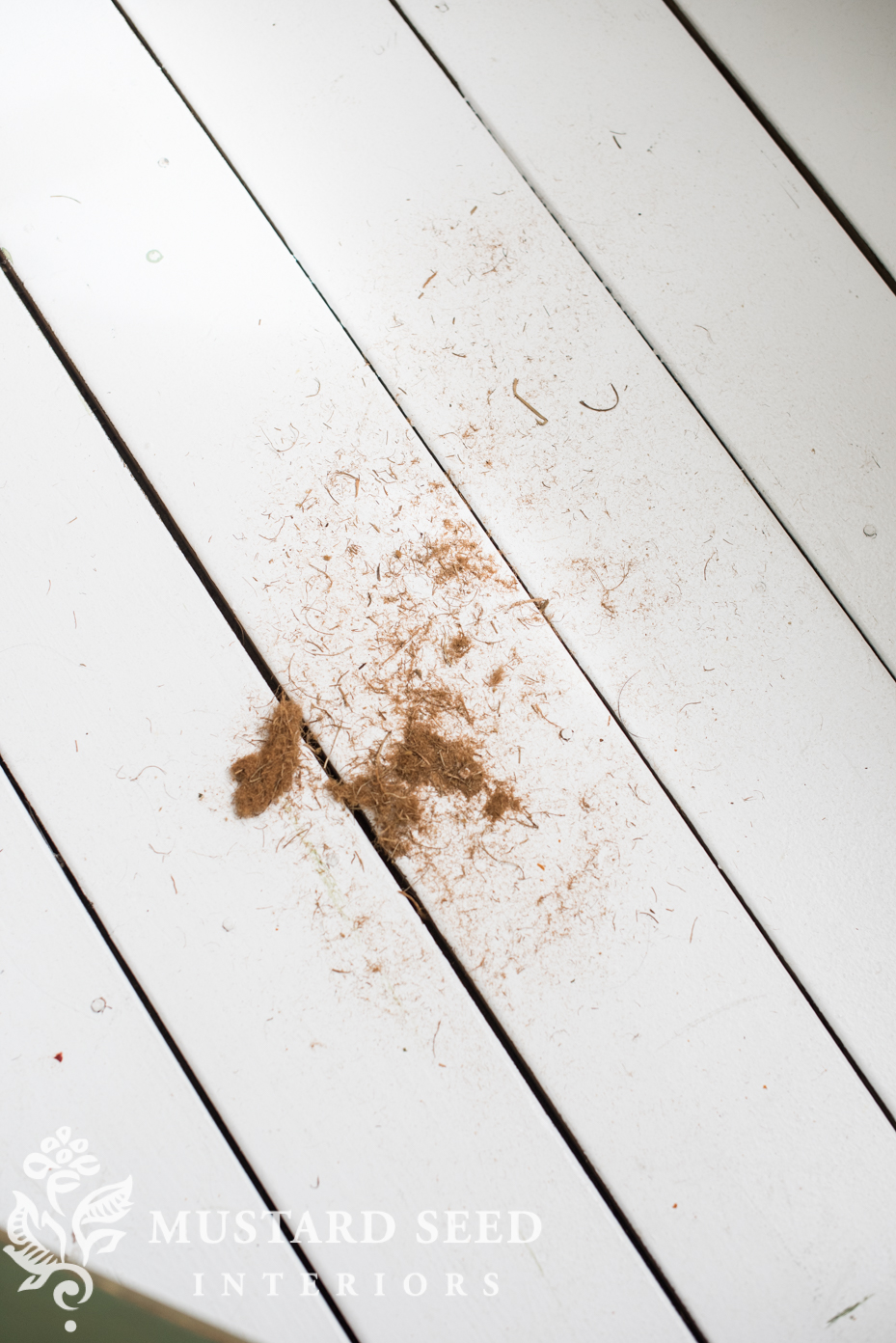 So on Friday, before I took some time to paint, I took about 15 minutes to fix the chair.  Some of the webbing was coming undone and it obviously needed a new dust cover.  More to keep the stuffing in and less to keep dust out. 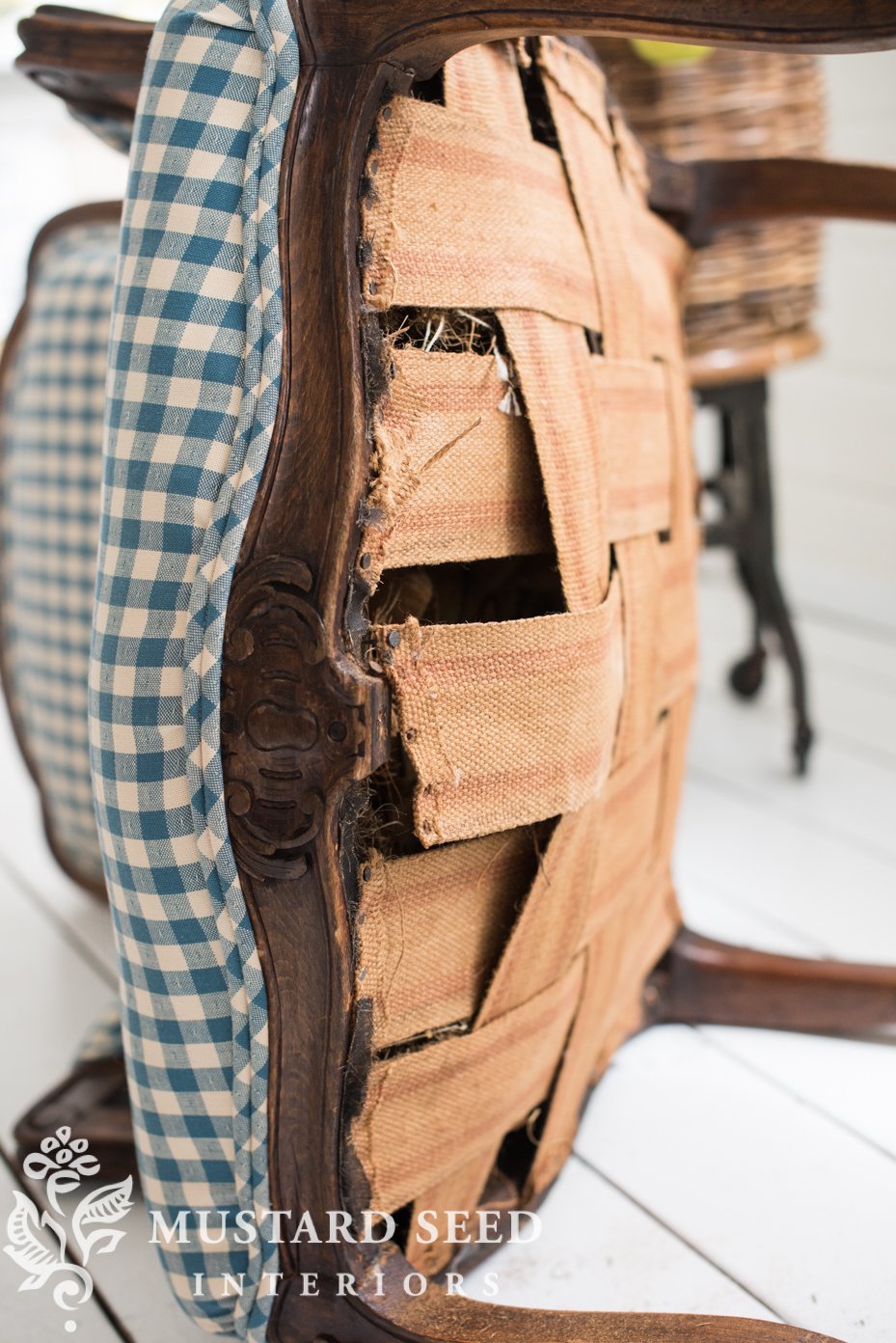 I fixed the piece of webbing that was loose and also popped some staples into the other pieces of webbing to prevent them from coming out. 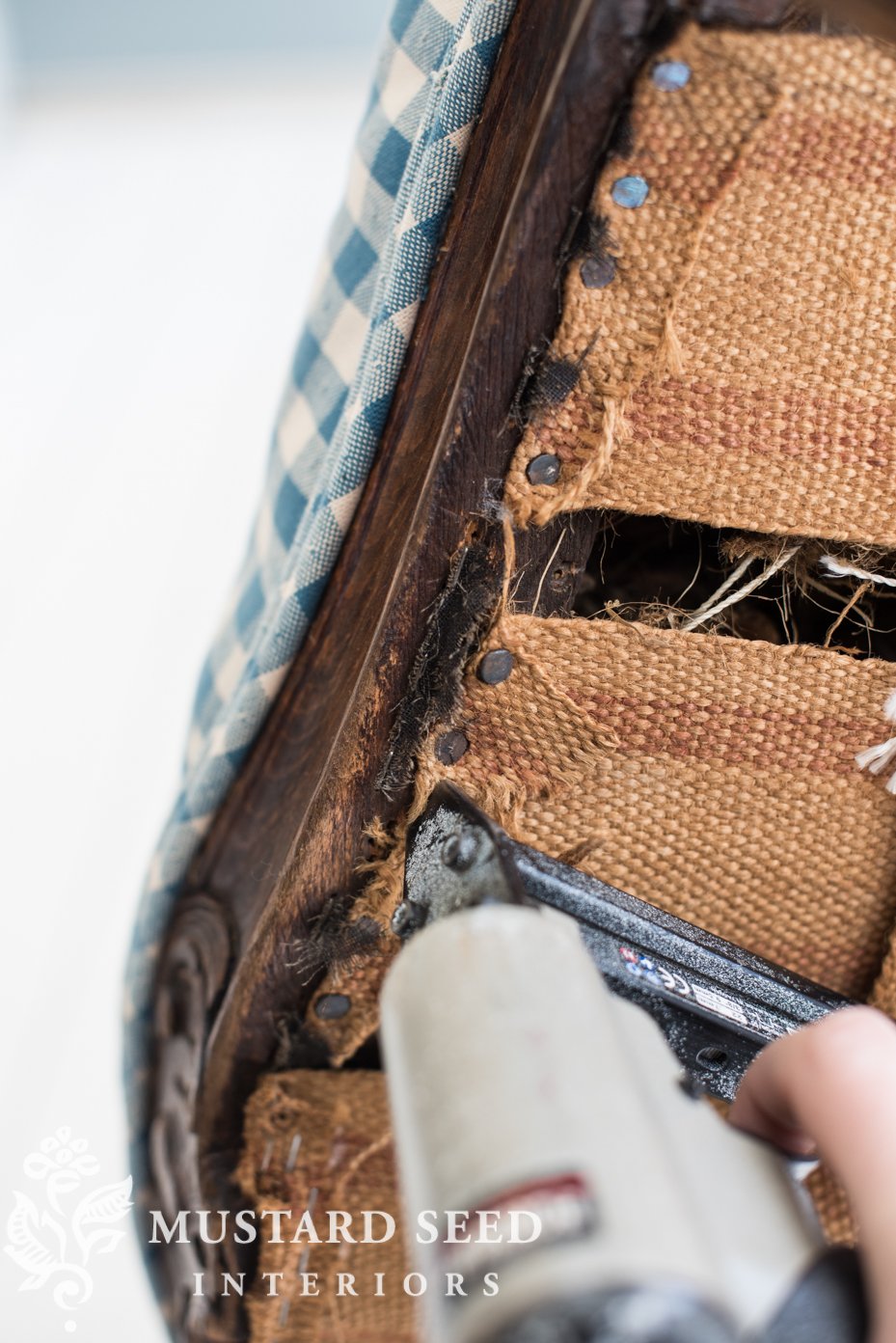 There was one spring that was still tied, but it was a little bit loose, so I added a new piece of webbing to tighten it up a bit more. 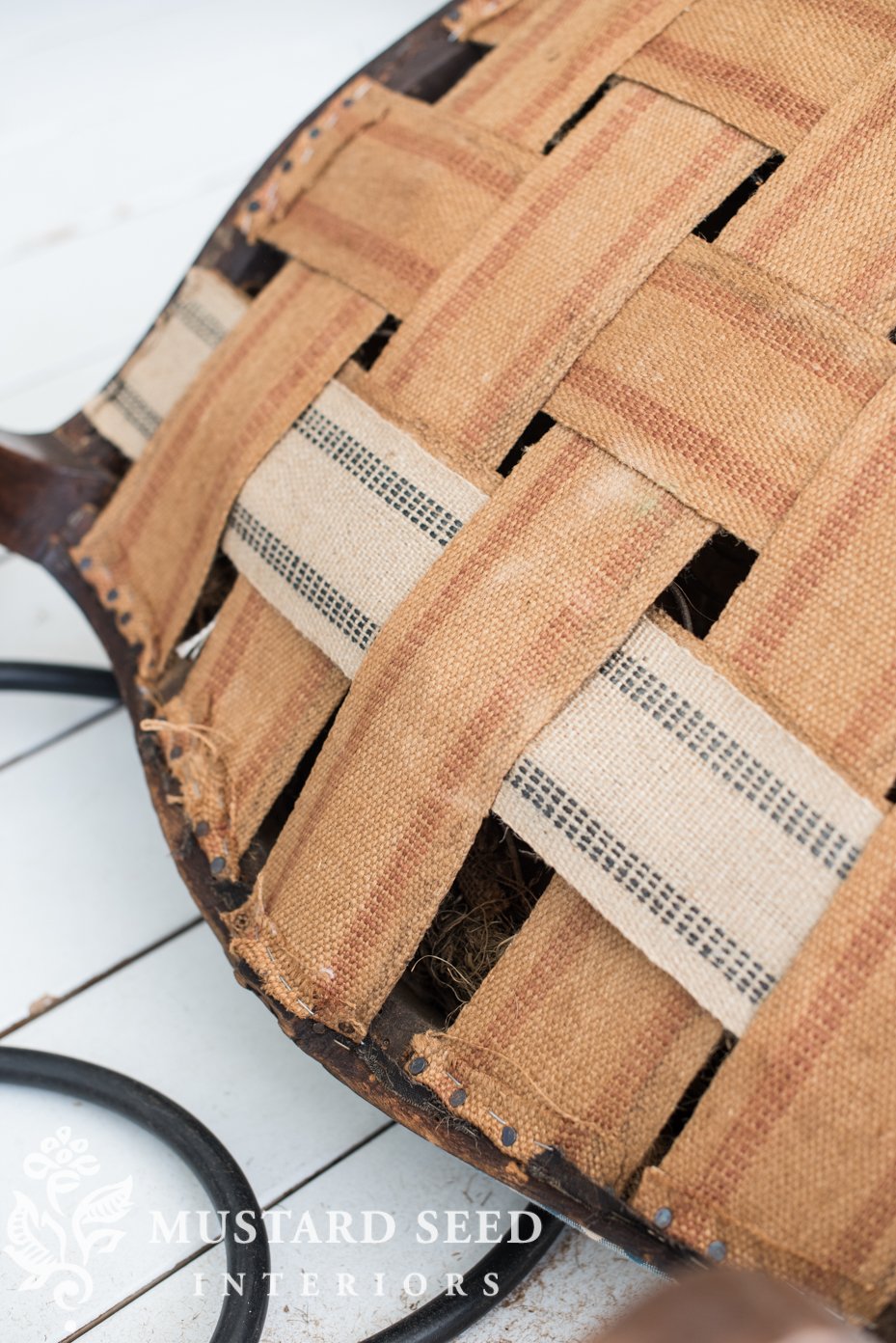 Once I was happy with the webbing, I added the dust cover.  I didn’t actually have dust-cover-fabric on hand, so I used some black linen that I had in my fabric stash.  I stapled it around the edges and then cut off the excess. 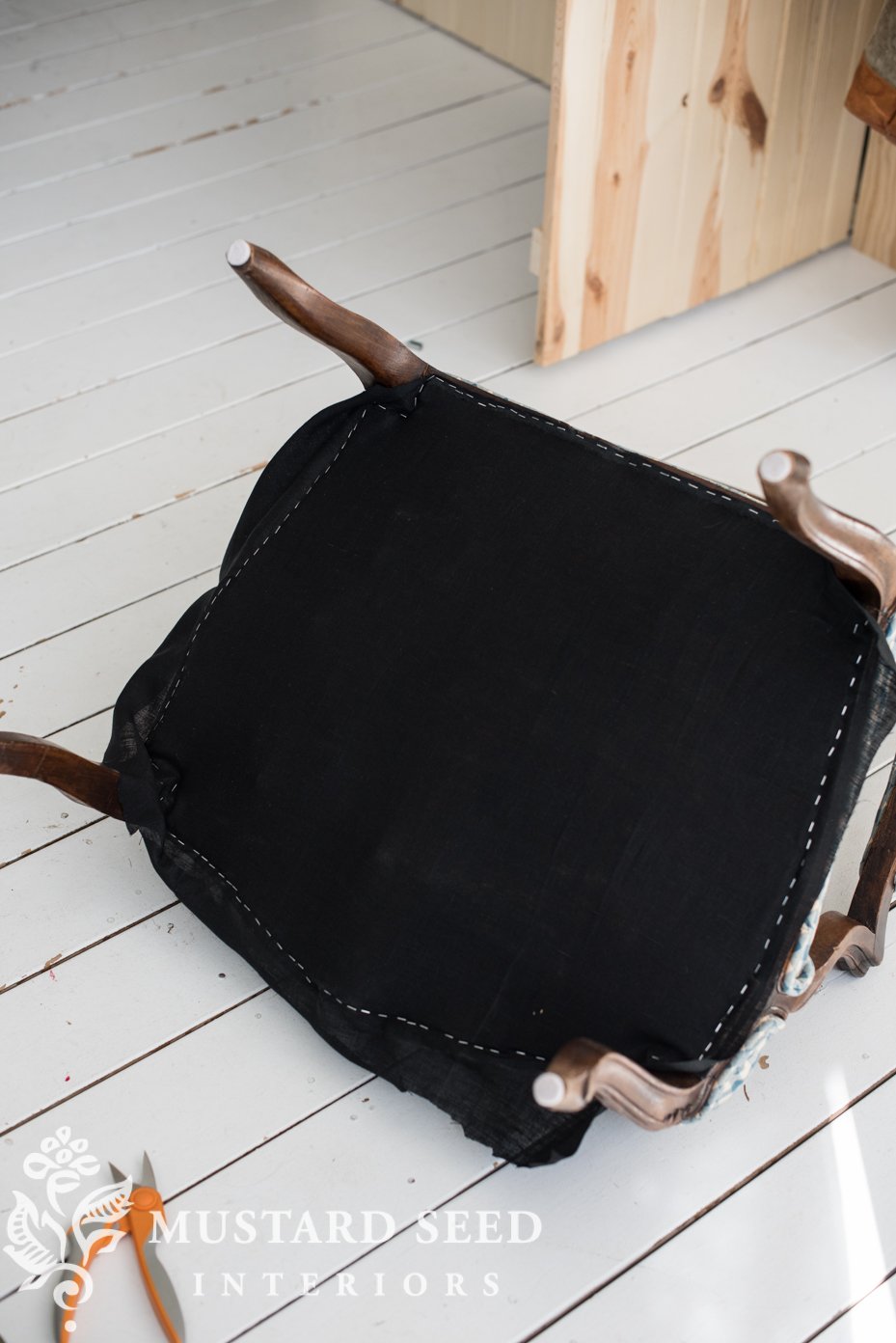 No more saggy bottom or shedding hair.  As I said, it was a fix that only took about 15 minutes and it looks so much better! 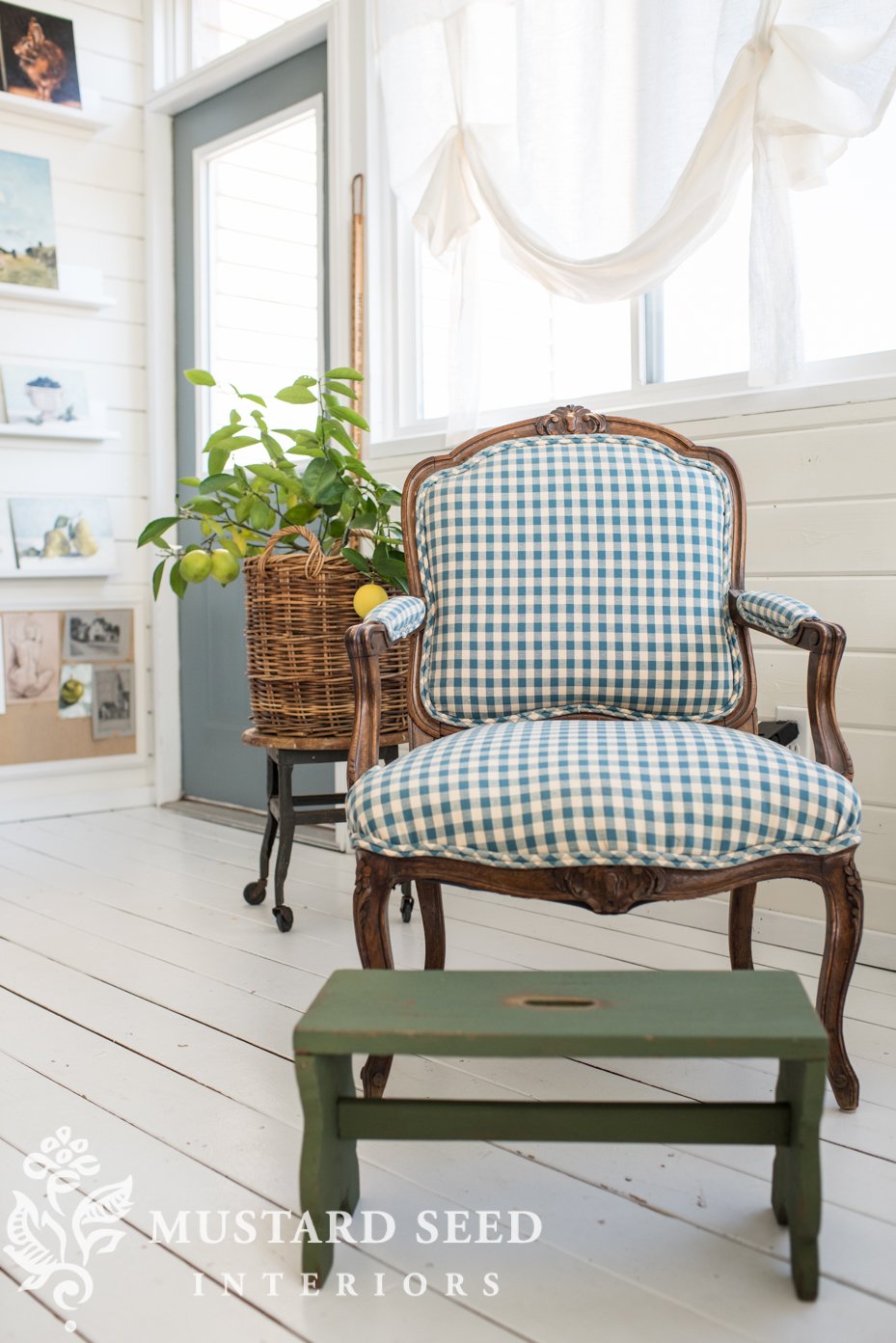 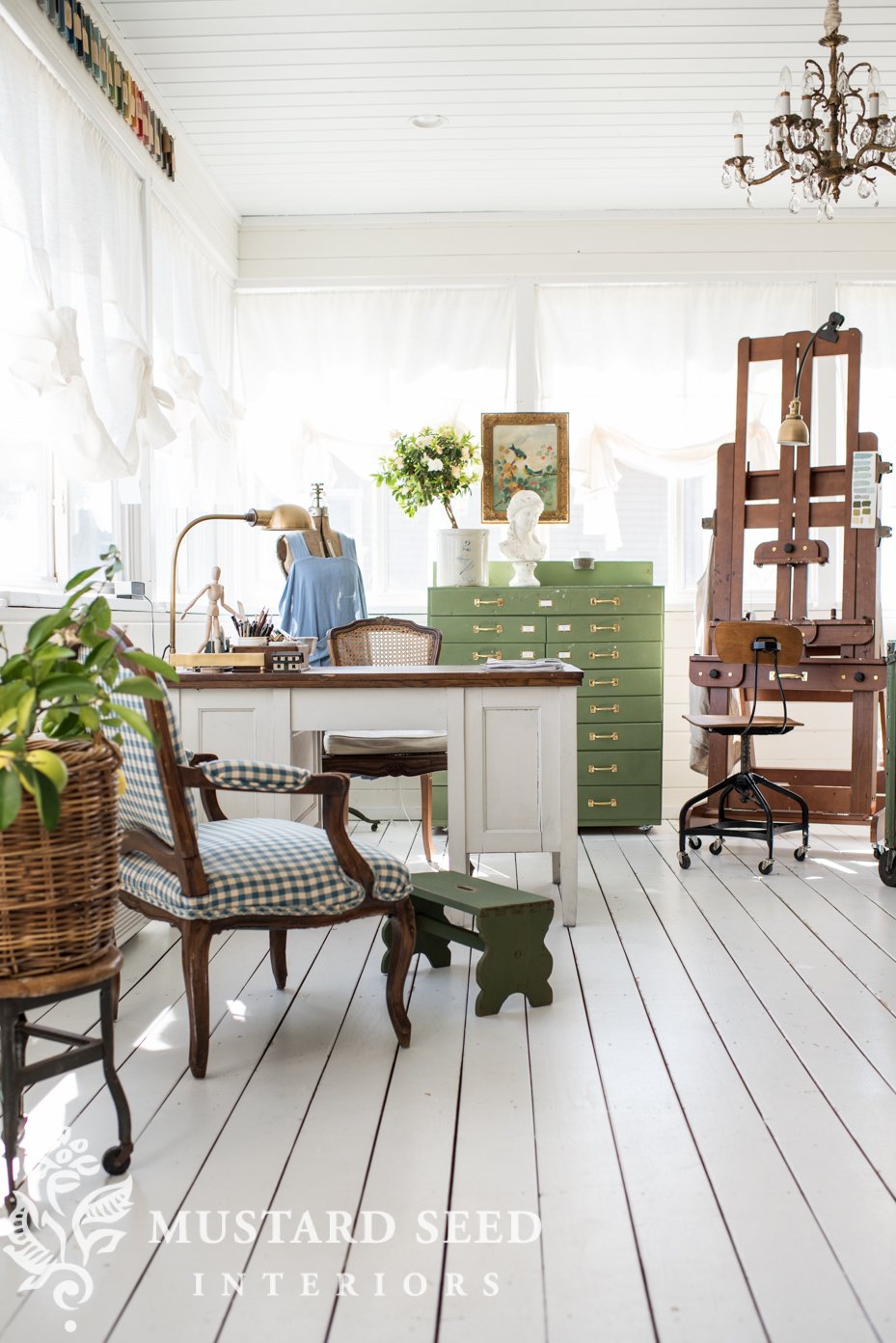