As I’ve shared many times here on my blog, I don’t do a ton of seasonal or holiday decorating.  I would just rather spend my decorating dollars on things I can use all the time instead of pieces that have a clear theme or window of time to be used.  But, I do think there is something to be said for doing a little refresh as the seasons are changing.  I know, because we just visited North Carolina, that some of you are already well into spring.  In Minnesota, trees, and plants are still waking up and we always seem to get at least one more snow in April, so I’m a little behind many of you!  For those who like to add just a little seasonal touch to your home, as I do, here are five quick and easy decorating ideas to bring hints of spring into your home. 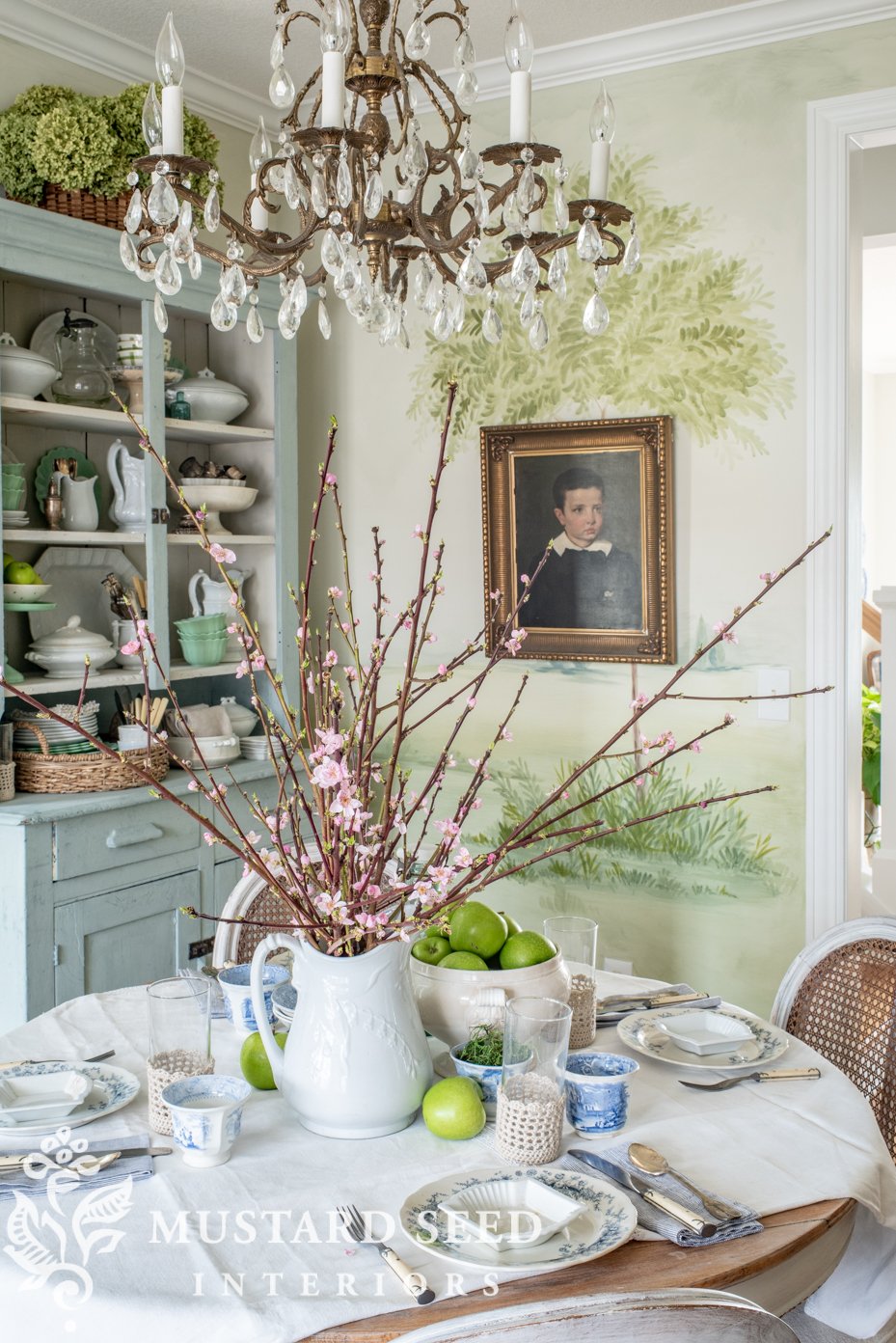 I’ve shared this idea before, but I’ve used it for years and it’s so quick and pretty that it’s worth repeating – just tuck a little handful of moss into a teacup, small pot, little crock, under a cloche, inside a bowl or basket, etc.  The variations of this idea are pretty much endless and it just takes a few seconds to do.

I like to incorporate these into larger vignettes, but I also like tucking them onto shelves to add a little greenery. 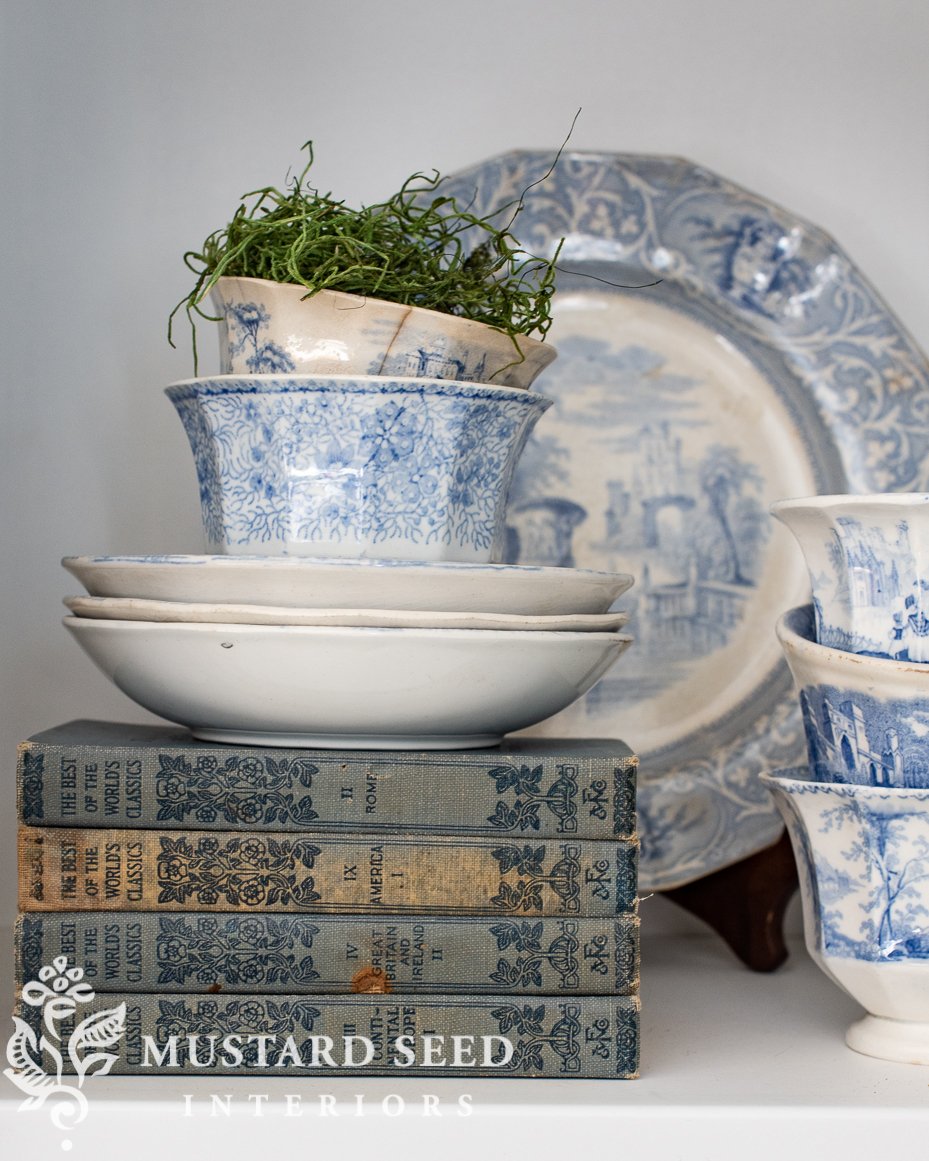 Moss is a great addition around the base of live or artificial plants.

decorating ideas for spring  | change out the table centerpiece

Even if your centerpiece is simple, maybe it’s just a basket of napkins or a single candle, take a few minutes to rethink how you can give it a little refresh.  It might be as simple as changing out the color of the napkins or tying a pretty ribbon around the basket or candle to add some color.  For my dining room centerpiece, I added flowering branches to an ironstone pitcher, filled a bowl with green apples (that will later be used to make a tart), and tucked in a teacup filled with moss on a stack of books.  I only spent money on the apples and branches (from Trader Joe’s) 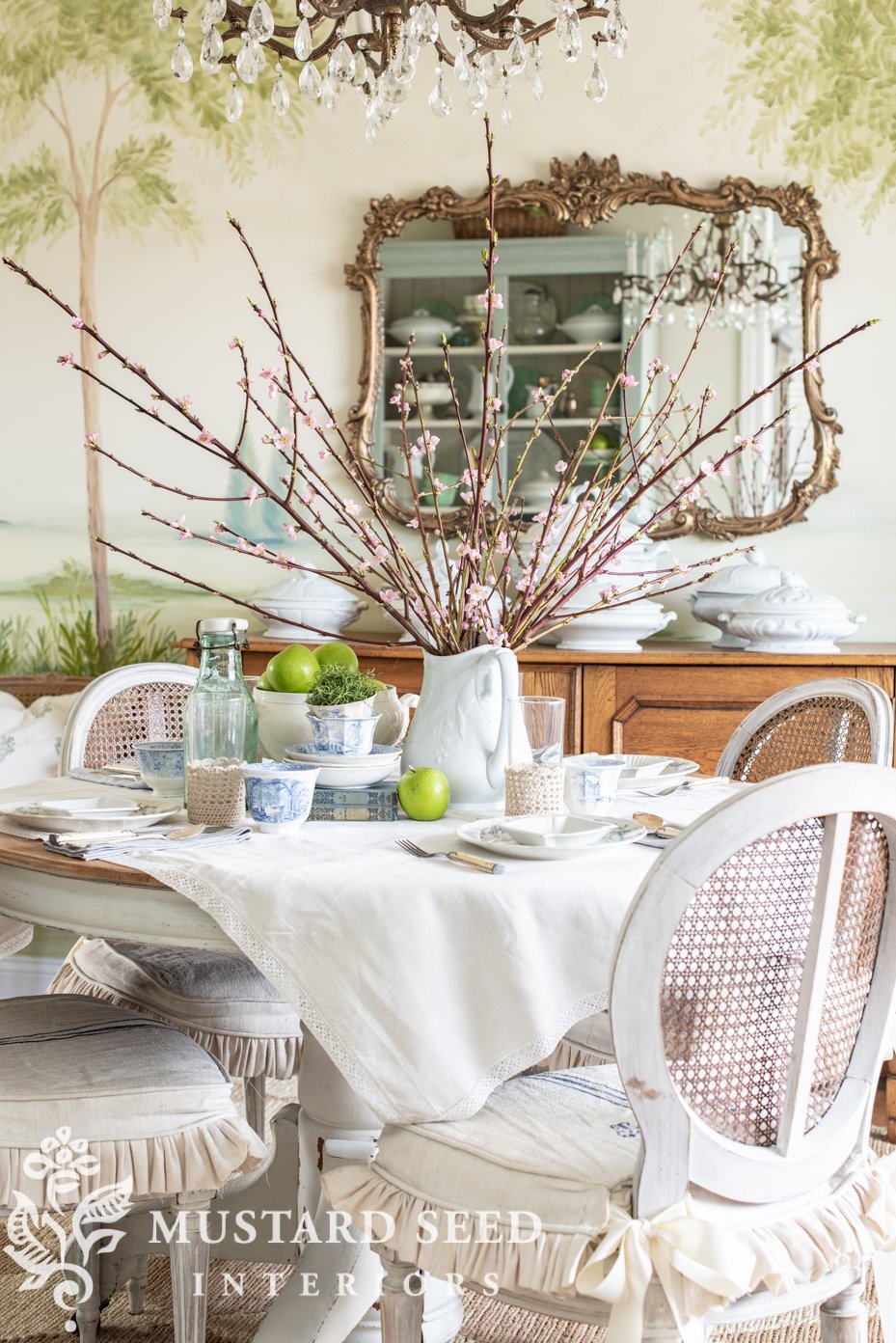 What I like about this arrangement is that it looks fancy, but I used just a few very simple elements.

I got a little carried away and set the entire table, which you could certainly do as well!  Sometimes having your dining room table set for a week or so is a nice way to dress it up for a season or holiday.  Calvin walked in as I was putting the silverware down by the plates and asked, “Oh, so what’s the special occasion?”

This is coming from a middle school boy who doesn’t mind if his socks, backpack, and school books litter the floor.  But he noticed that the space looked fresh and cheery.

Pillows are a great place to make a swap for the seasons.  While I use most of my pillows year-round, I do swap out a few here and there.  For the winter months, I’ll add in knit and fur pillows or ones with pom-poms.   In the spring, I’ll switch back to linen and cotton pillows.  When you’re buying pillows, look for ones with zippers, ties or buttons, so the covers can be removed and washed or swapped out for the seasons. 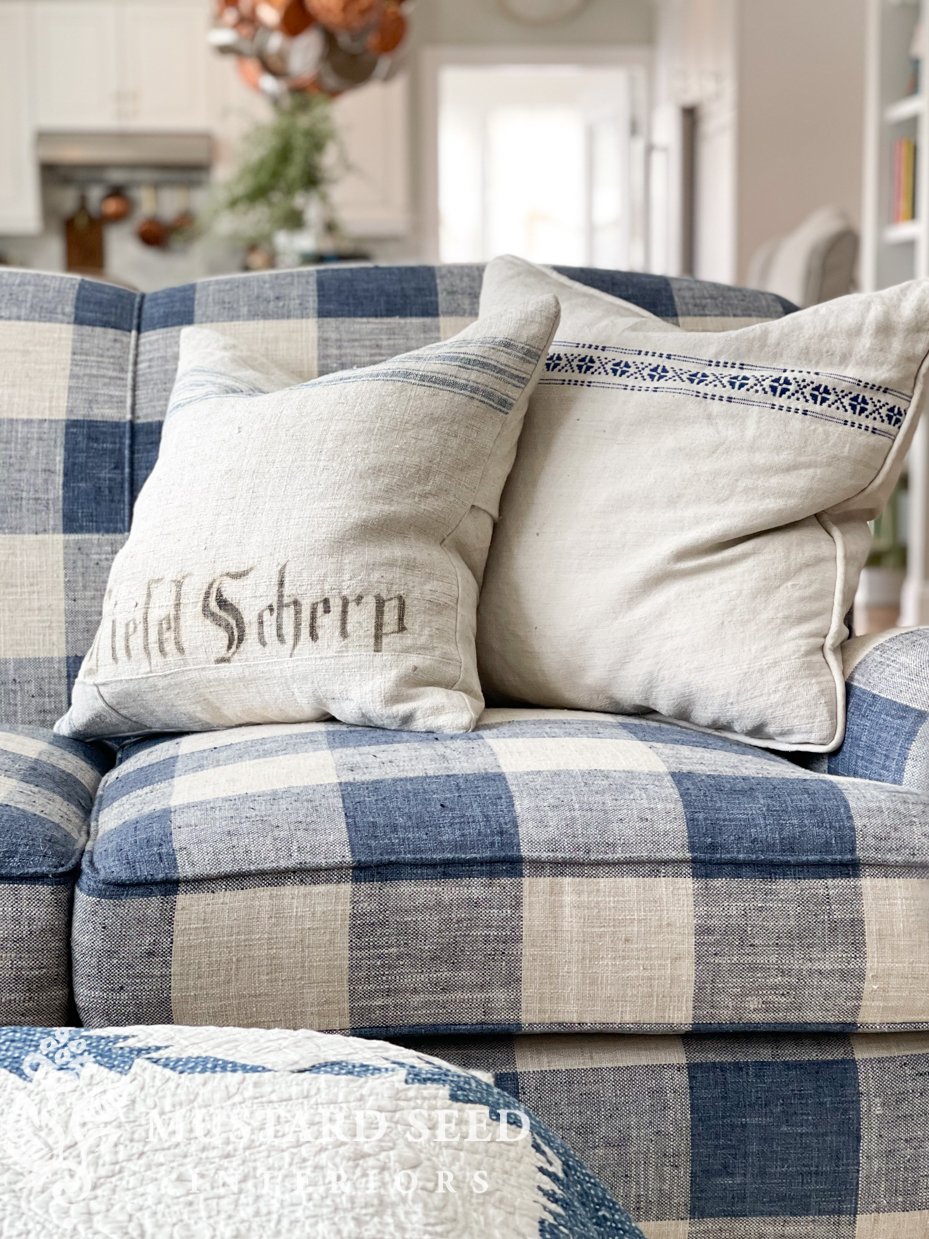 decorating ideas for spring  | change out your candles

I told you these ideas were simple and quick!  Just swap out a wintry-scented candle for one that smells more like spring to you.  This is obviously subjective, but a subtle scent can cue the change of seasons in the home as much as swapping out the decor. 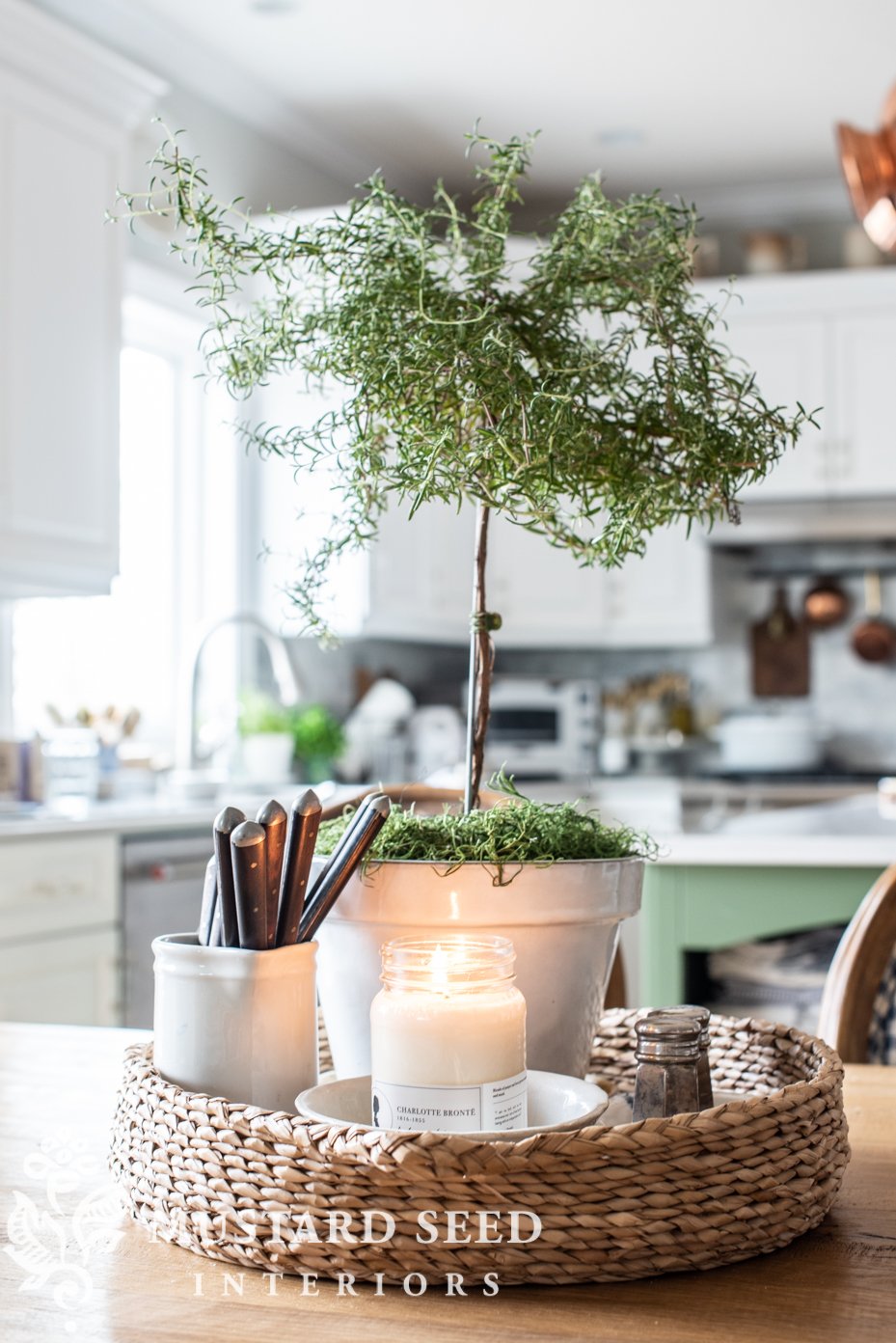 Instead of bringing in flowers that are perishable, bring in a flowering potted plant.  Even if you’re not very good at keeping plants alive, you’ll probably be able to sustain it for 2-3 weeks, which is much longer than the average bouquet of cut flowers.  If you’re in the right climate, you can then plant it in the garden or move it out to a patio or porch for the summer. 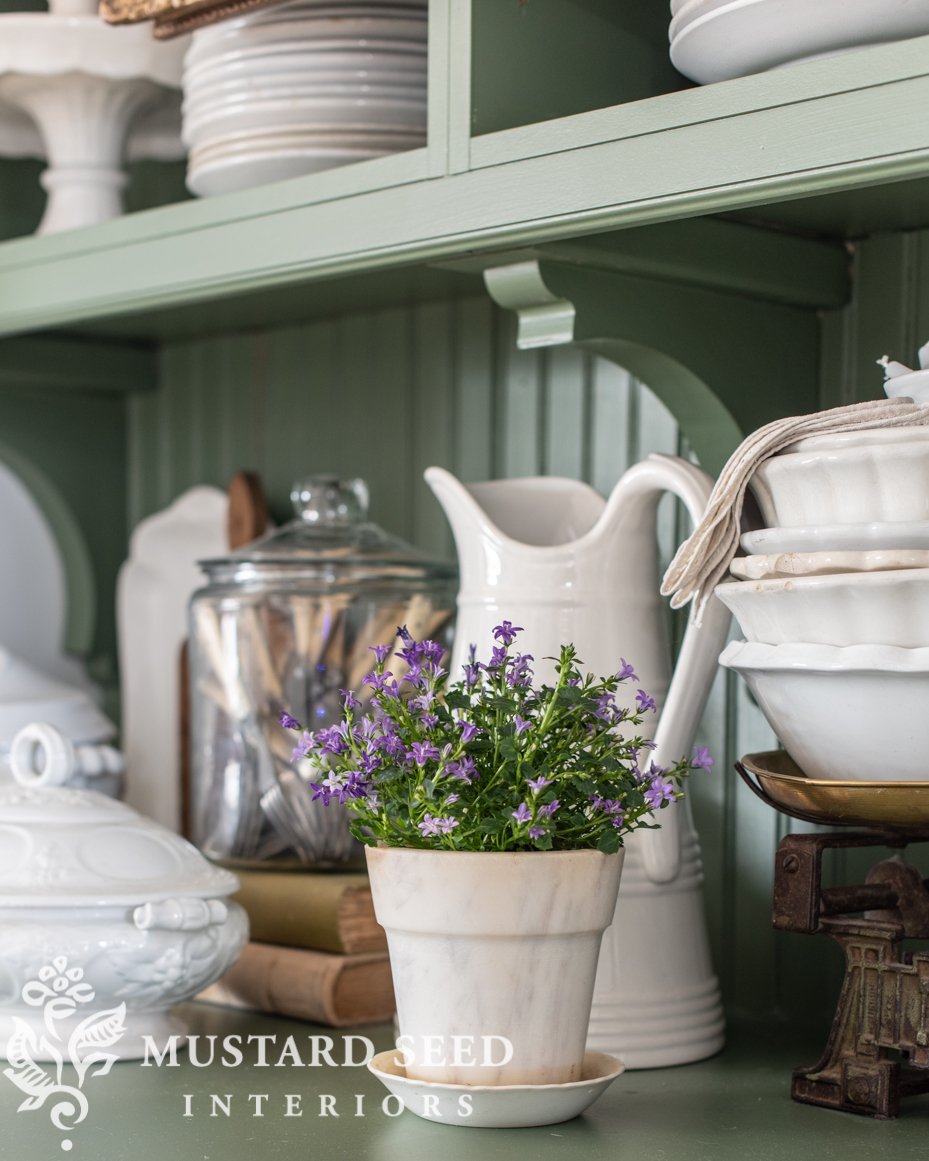 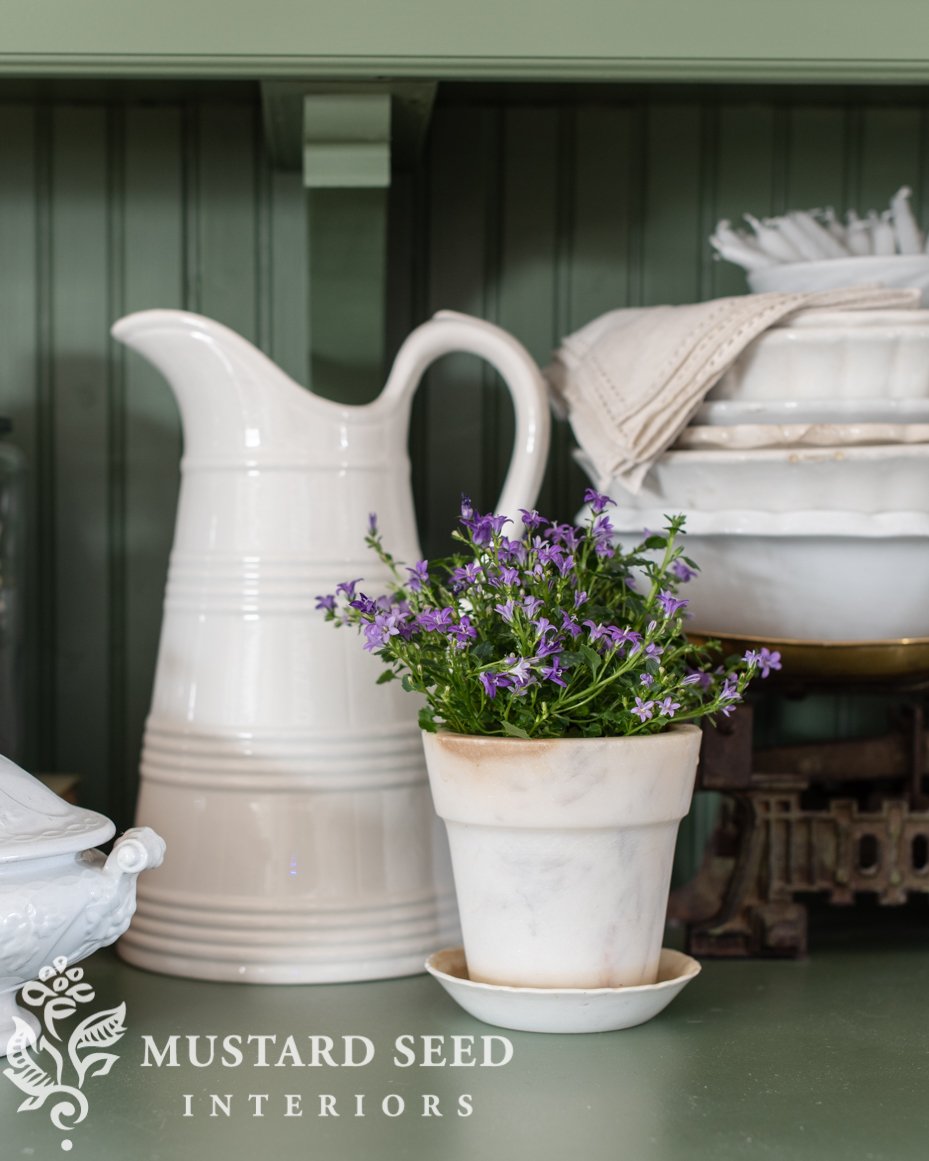 I was laughing at myself a bit as I was editing these photos.  We’re focusing on deep cleaning in April and I just need to do basic dusting!  Oh well, that’s just life.  I’ll get around to dusting soon enough.

I know none of these ideas are groundbreaking or novel, but I think sometimes the creative ideas floating around online or in magazines are more than some people have time or money for.  And it’s easy to overlook the very simple and quick changes that can make a big difference in the feel of a room or the entire home.  I hope seeing these ideas carried out in my own home will encourage you and show that seasonal decorating can be easy.