We are just in one of those seasons of life when things are really busy.  I’m sure so many of you can relate.  You get a few months in a row when evenings and weekends are generally quiet and then you hit a stretch when there is something happening every single day.  Jeff has a meeting at church, the boys have climb team practice, I have a women’s event or a planning committee meeting, Jeff has a men’s thing, we have small group, Marshall has a 7th-grade boy’s hangout, the kids have tubing with the youth group…  It’s all good stuff and fun stuff, but it’s meant that we’re either eating early or late.   So, meal prep on the weekends has been key and a big part of that is making soup jars.  I cook one or two big pots of soup (usually a double recipe) and portion it out into pint-sized single-serving jars.  That way, we can heat up just what we need and eat a quick, healthy dinner.

I’ll also make salad jars, make sure we have plenty of ready-to-eat fruits and veggies, and we’ll get a rotisserie chicken to pick from.  (Jeff likes to add the chicken to his salads or to bulk up a vegetarian soup.)  Sometimes I’ll prep some other foods like steamed rice, turkey avocado patties, sausage patties to have with breakfast, etc. to mix things up.

Today, I’m sharing one of our favorite soup recipes.  Both Jeff and I have really enjoyed this one and I’ve made it about every 2-3 weeks.  It’s hearty and creamy without being really heavy. 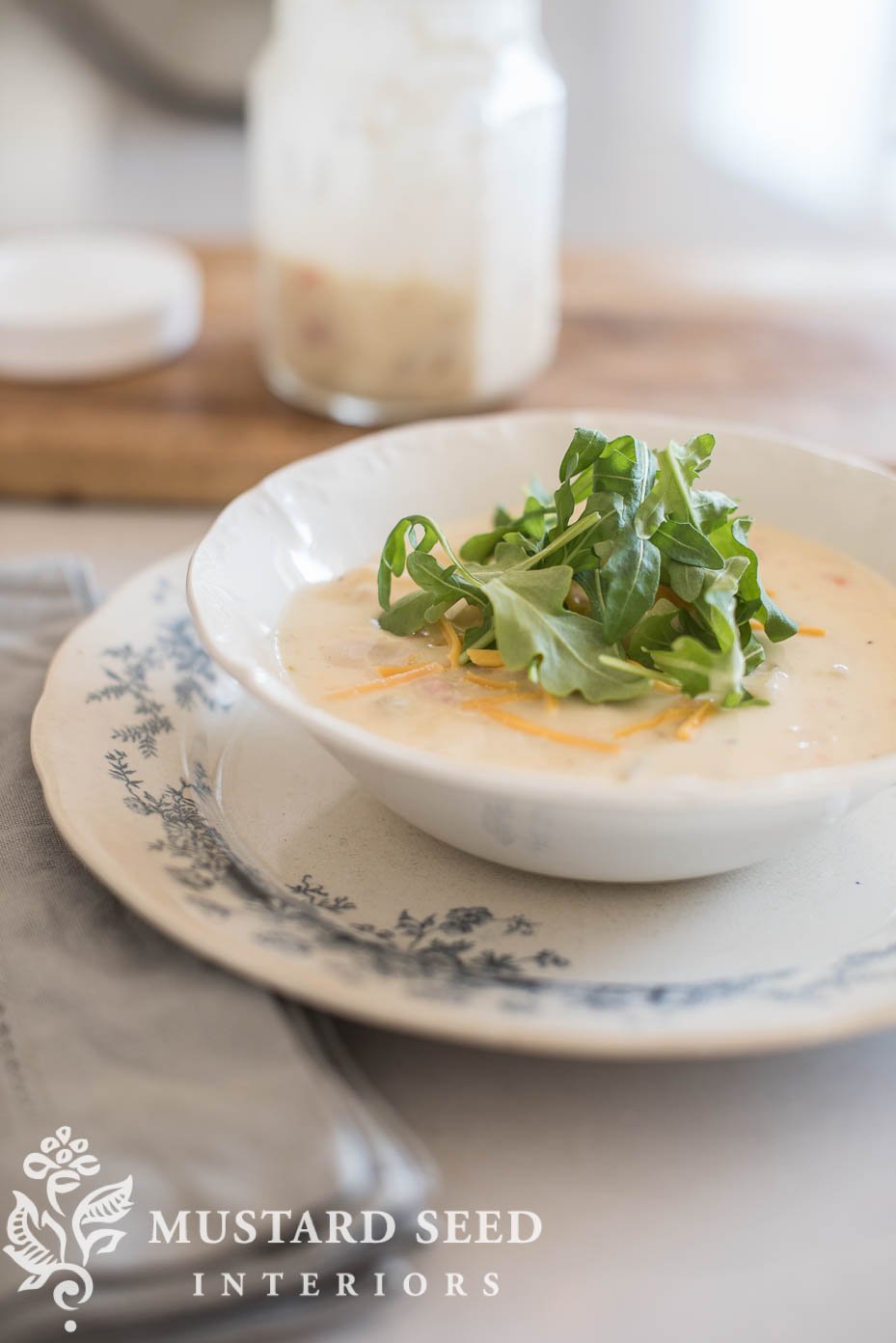 It starts, as most soups do, with a blend of carrots, celery, onion, and garlic cooked until soft in some butter. 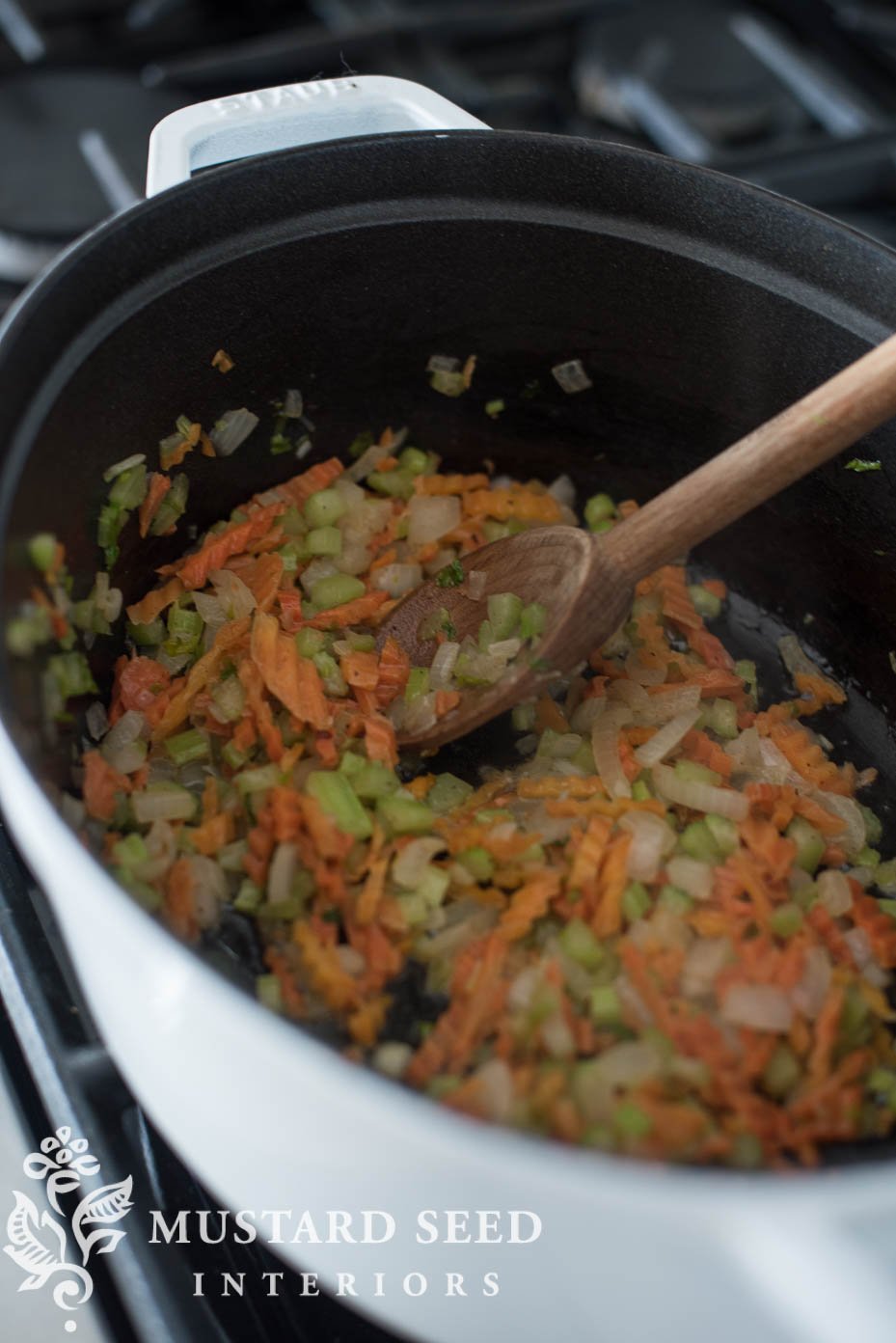 The recipe called for adding stock and raw potatoes at this point, but I’ve learned that potatoes are so much creamier in texture when they are baked the day before and refrigerated overnight.  It also cuts the time you have to babysit the soup a lot! 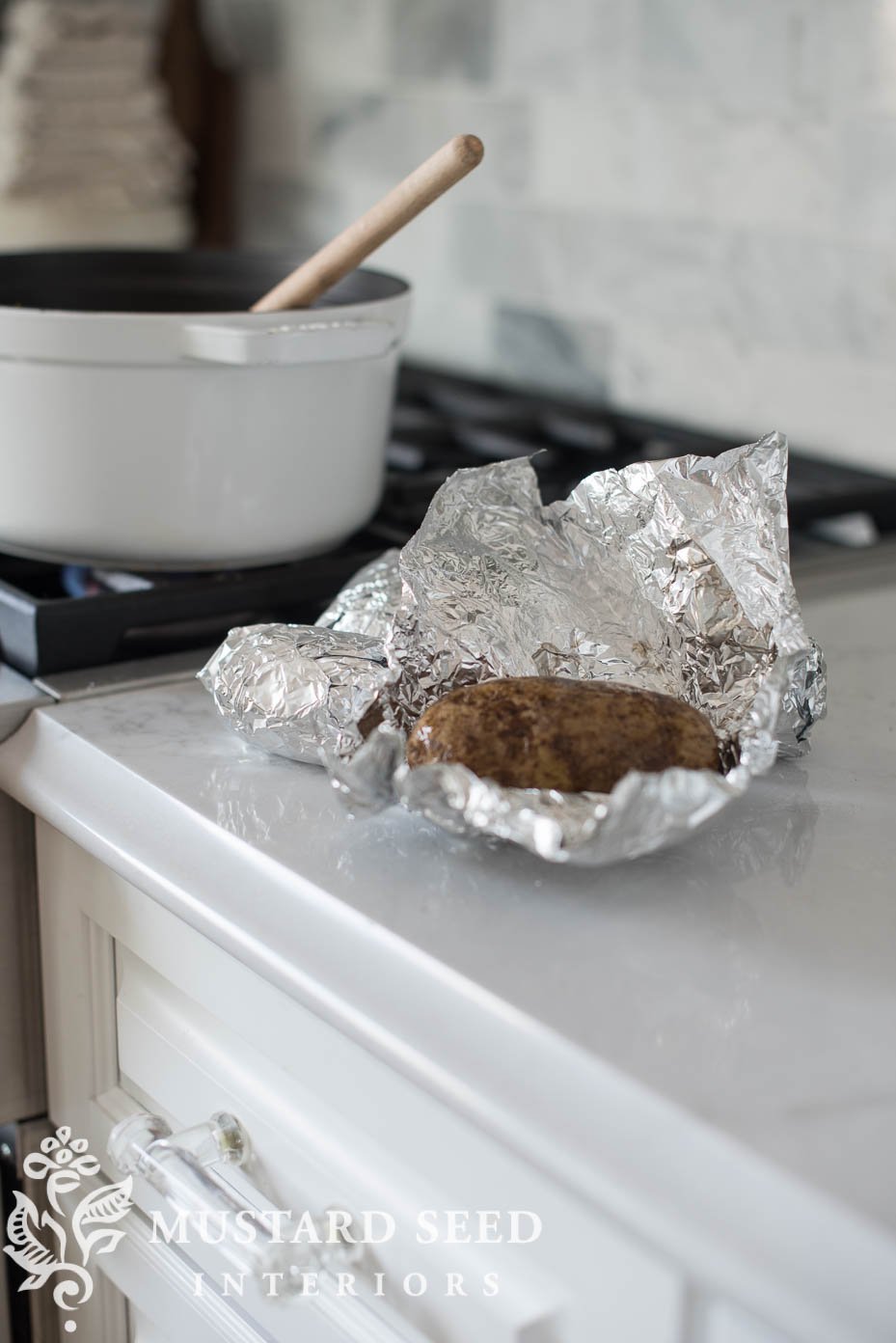 When I’m doing this, I’ll cook some extra potatoes, too, to use for a hash or other soups.

I peel and chop all of the potatoes into slices. 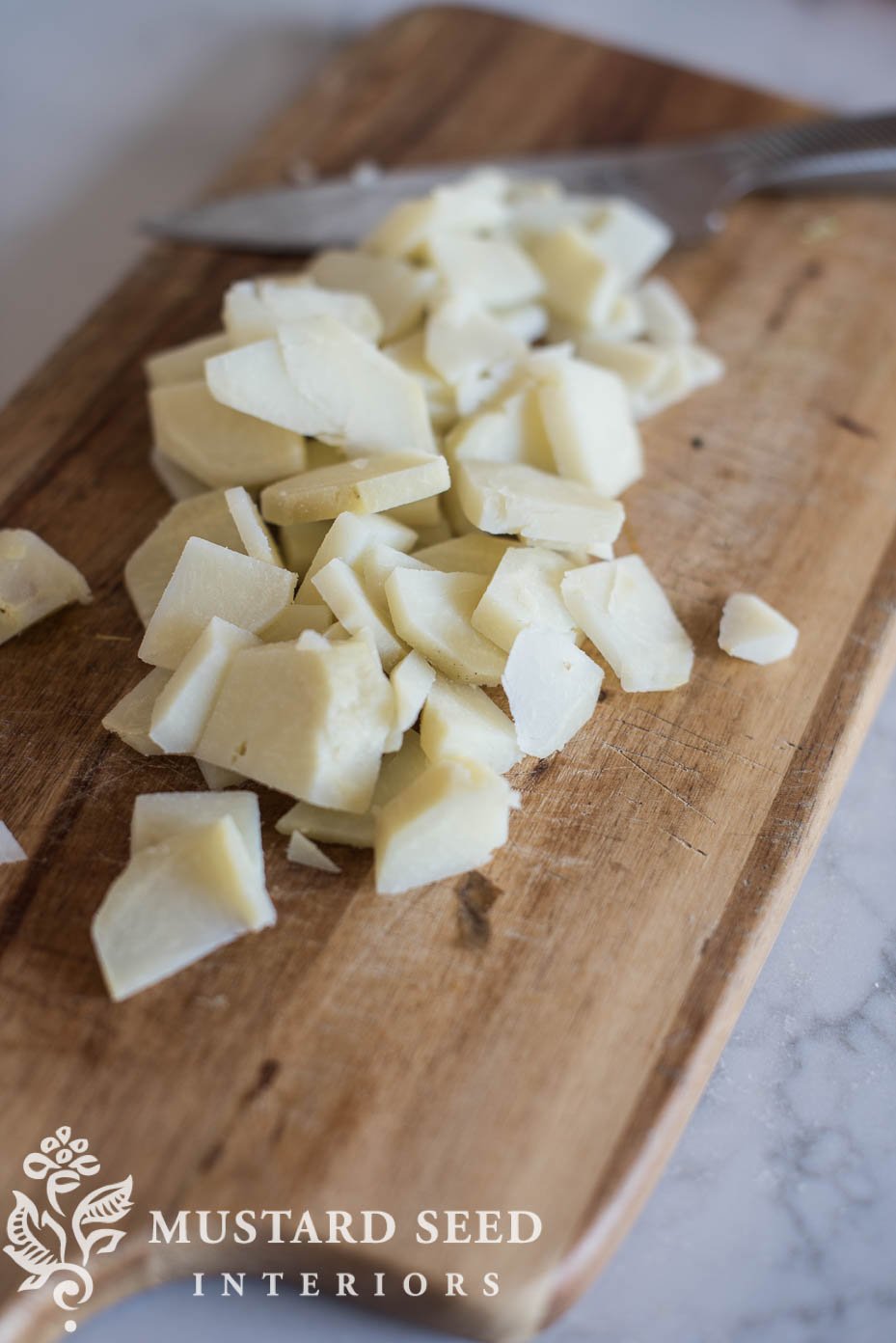 Because the potatoes are already cooked, I’ll just bring the stock to a boil and then turn it down and give it a few minutes (maybe 10-15) to allow the stock to absorb into the potatoes.  I’ll then add a slurry of flour and heavy cream (sometimes I just use whole milk.)  By mixing the flour and cream, it helps to reduce lumps when adding it to the soup. 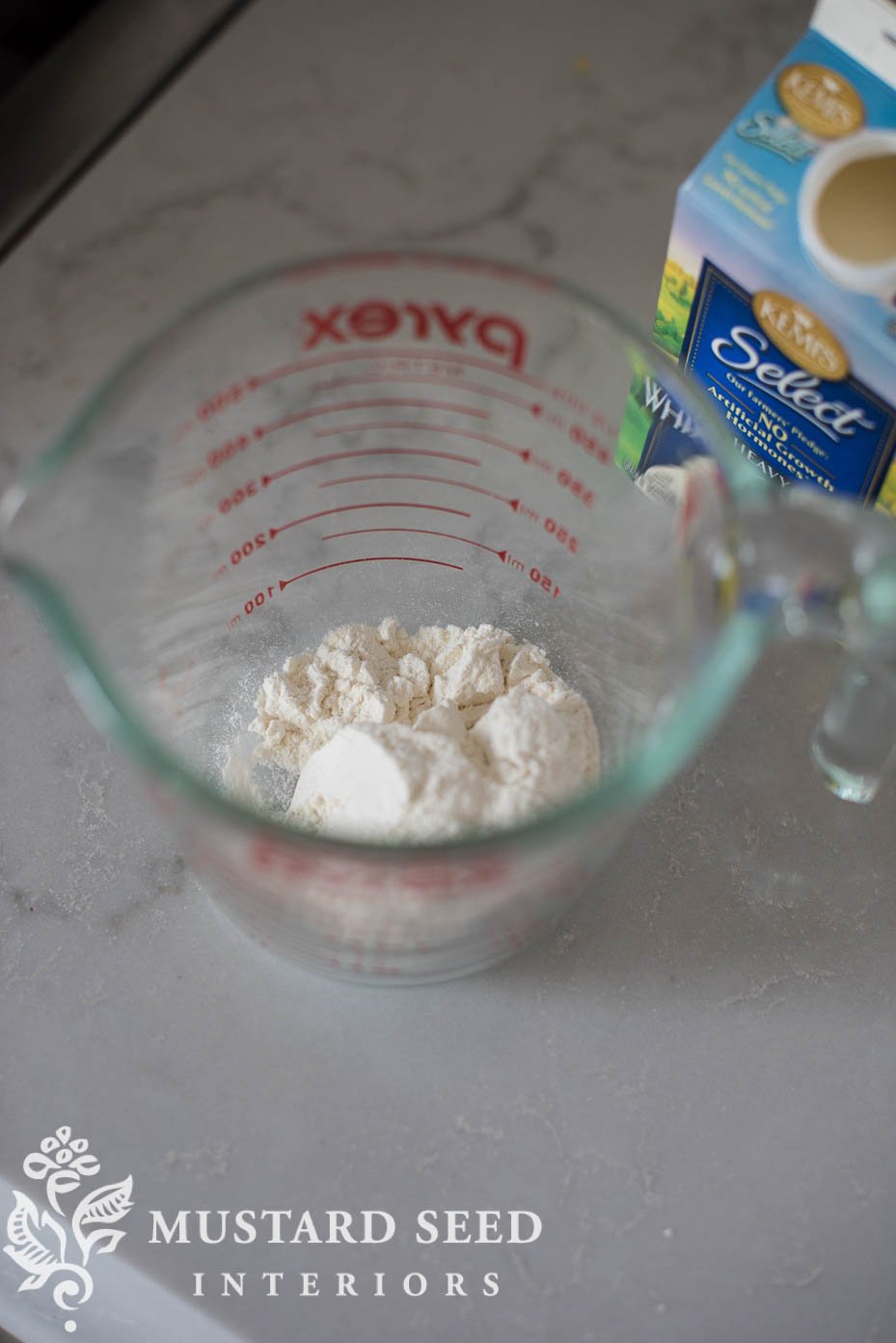 There might be a few lumps, but they’ll work themselves out as the soup cooks.  I’ve always had this soup turn out smooth and creamy. 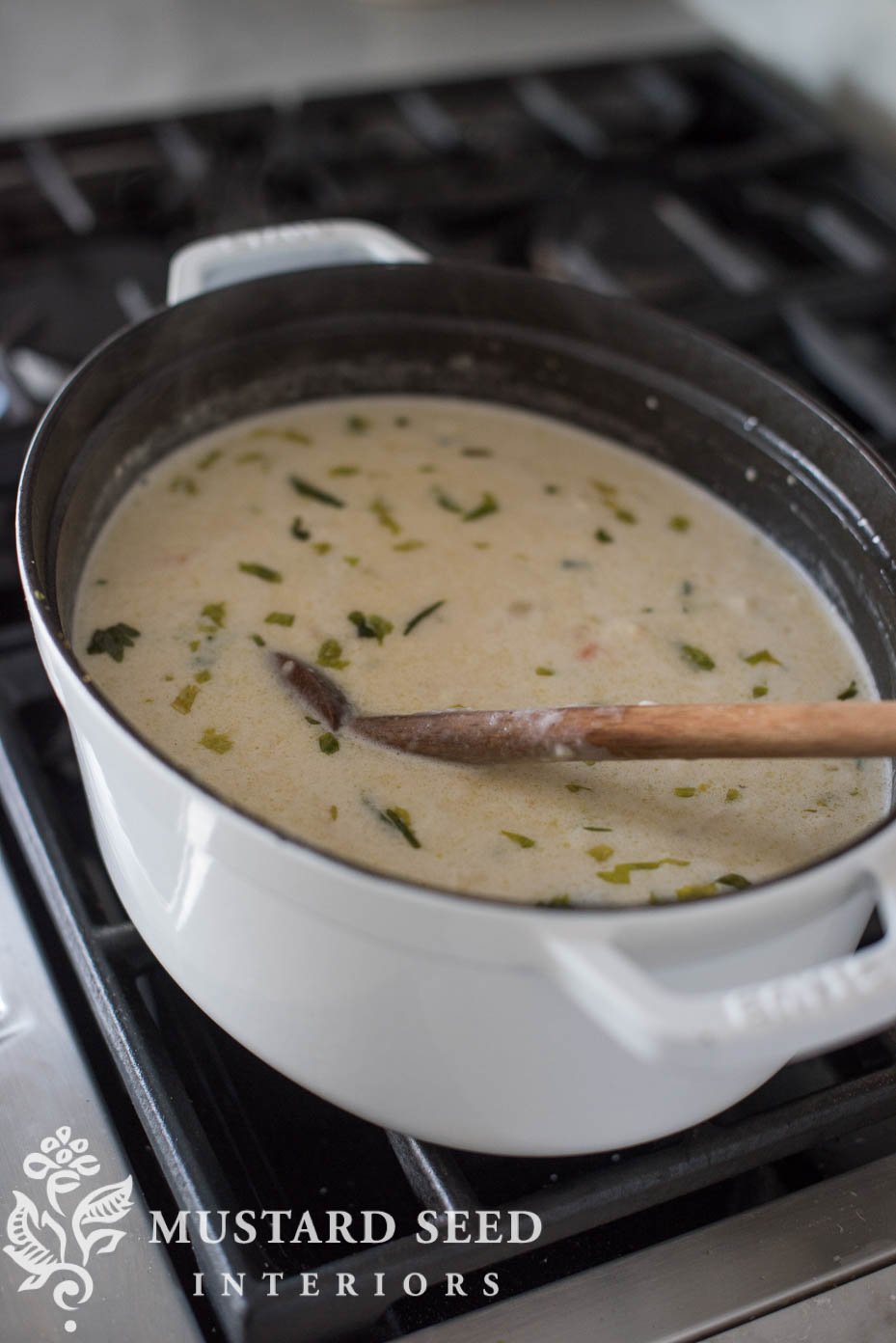 Once it gets thick and bubbly, I’ll add in a finely chopped ham steak and the cheese.  I’ll let it cook for about another 5 minutes to allow that ham to flavor the soup. 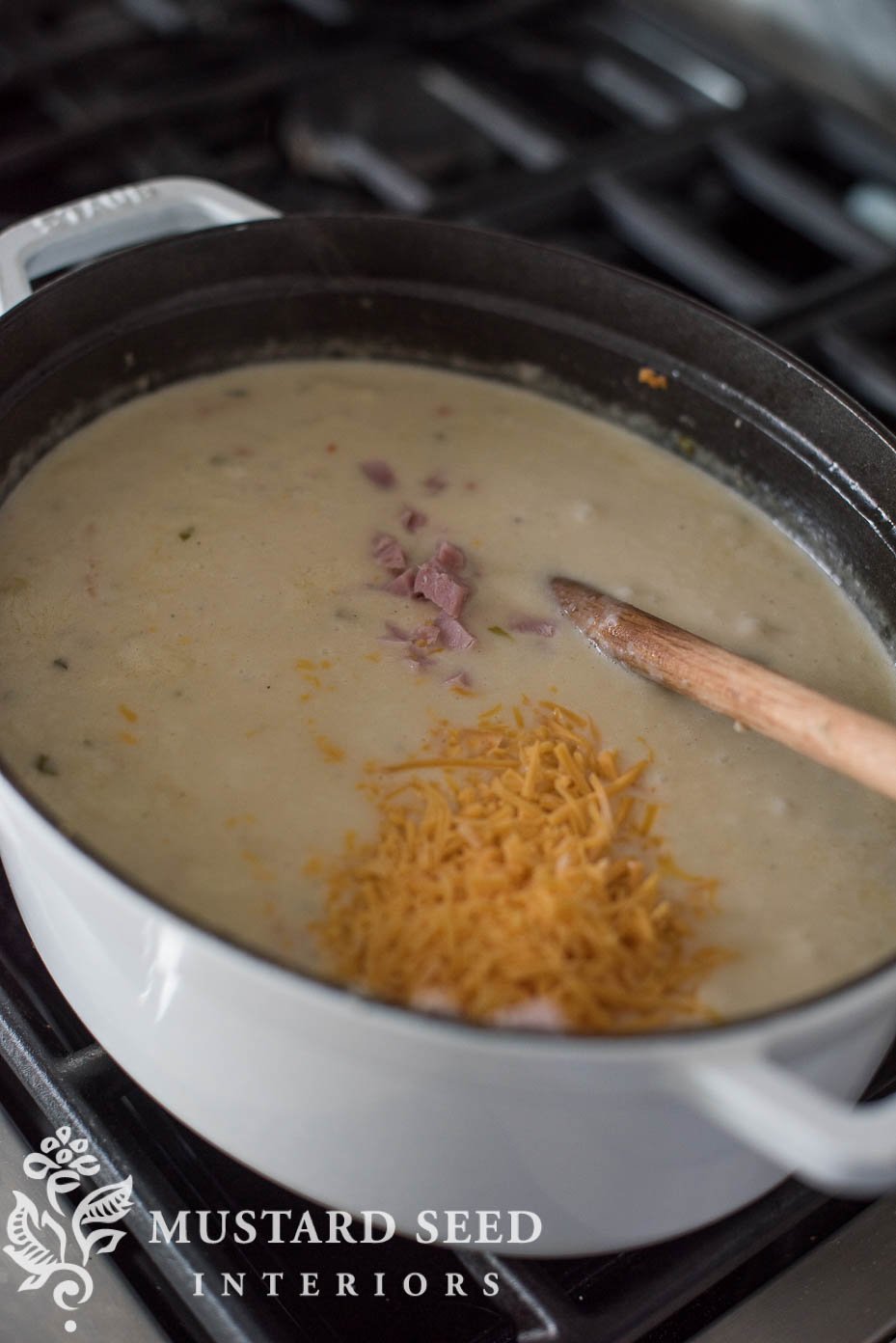 I really need to get a wide-mouth funnel, but at this point, I just use a small ladle to pour the soup into pint-sized jars. 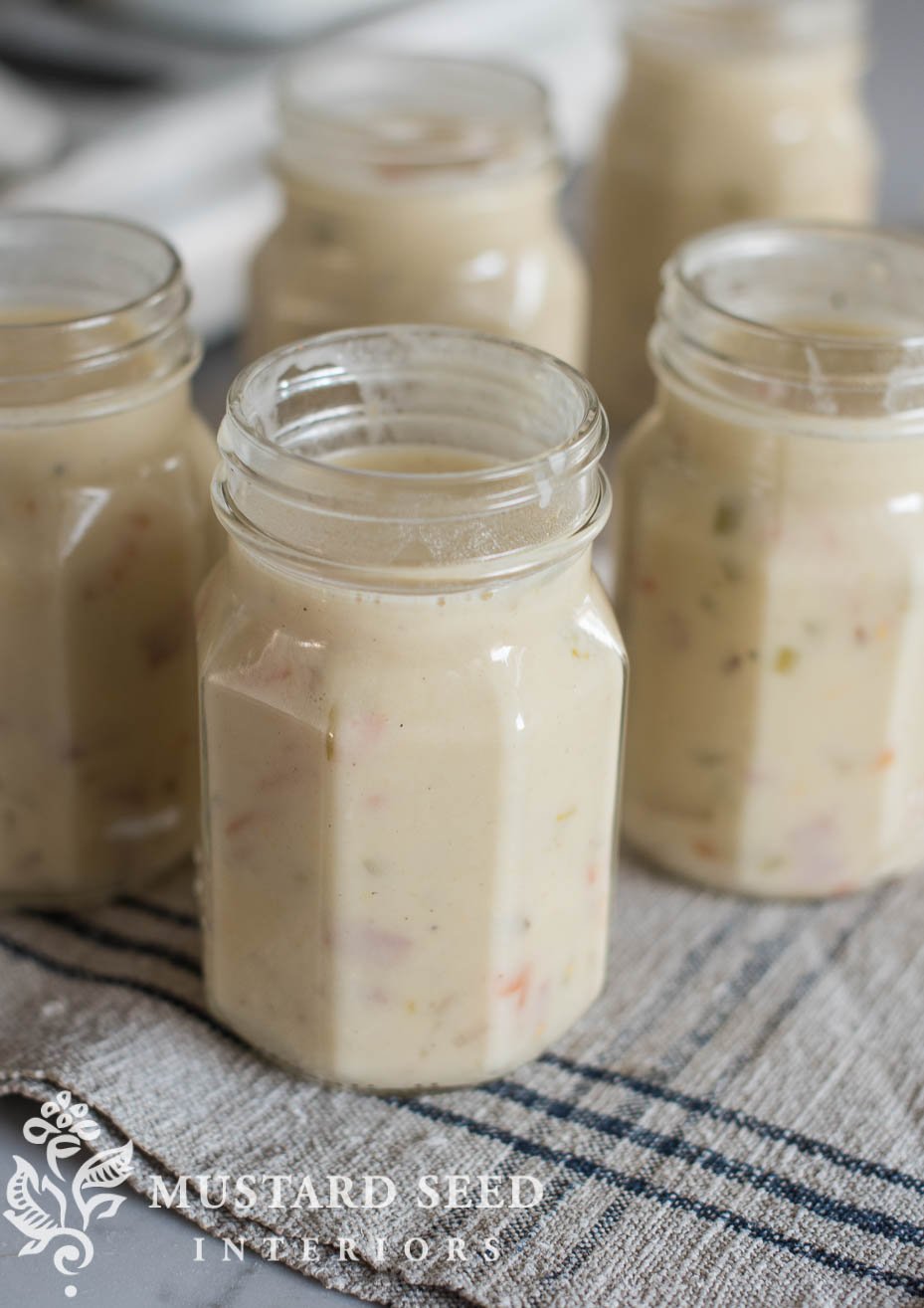 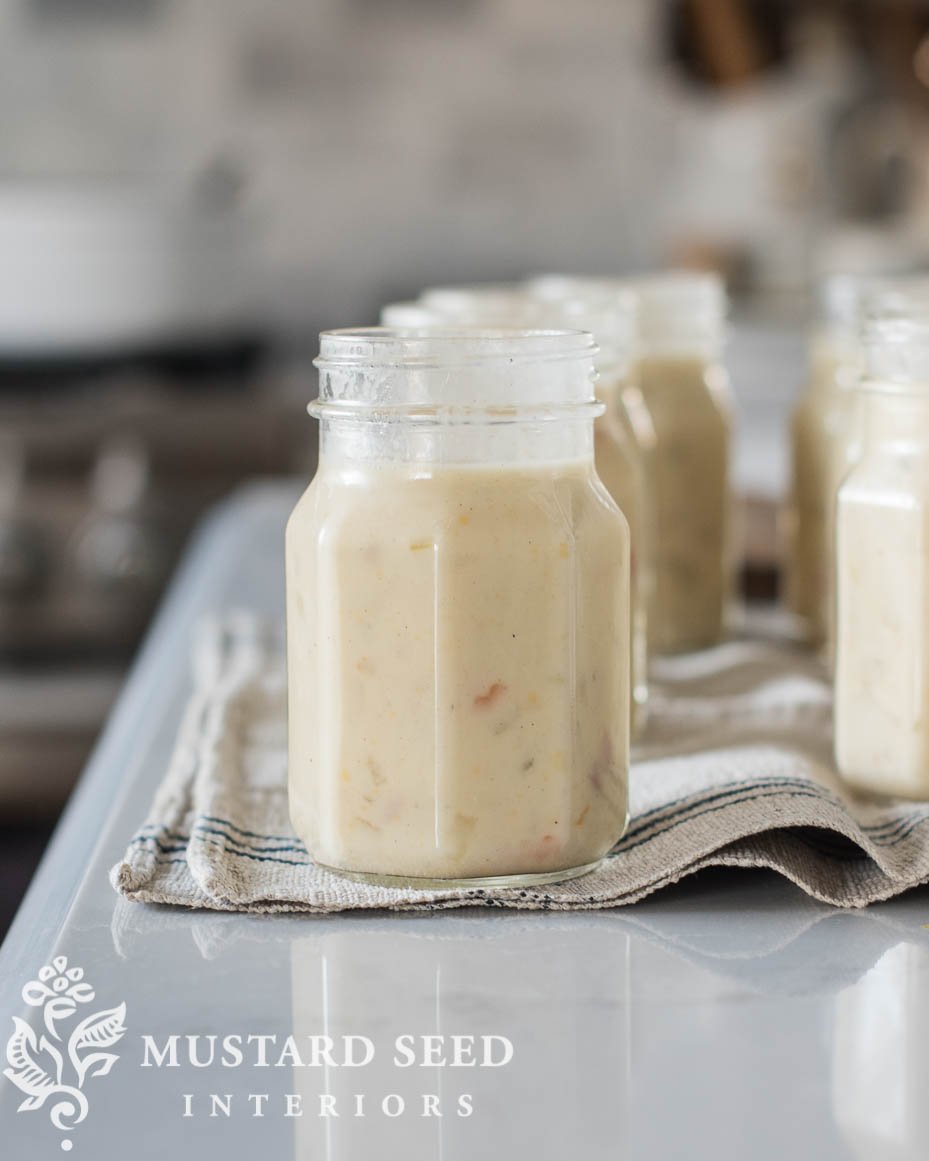 I loosely put the lids on while they’re cooling, so a cat doesn’t lick the soup when I’m not looking.  Those cats are crafty! 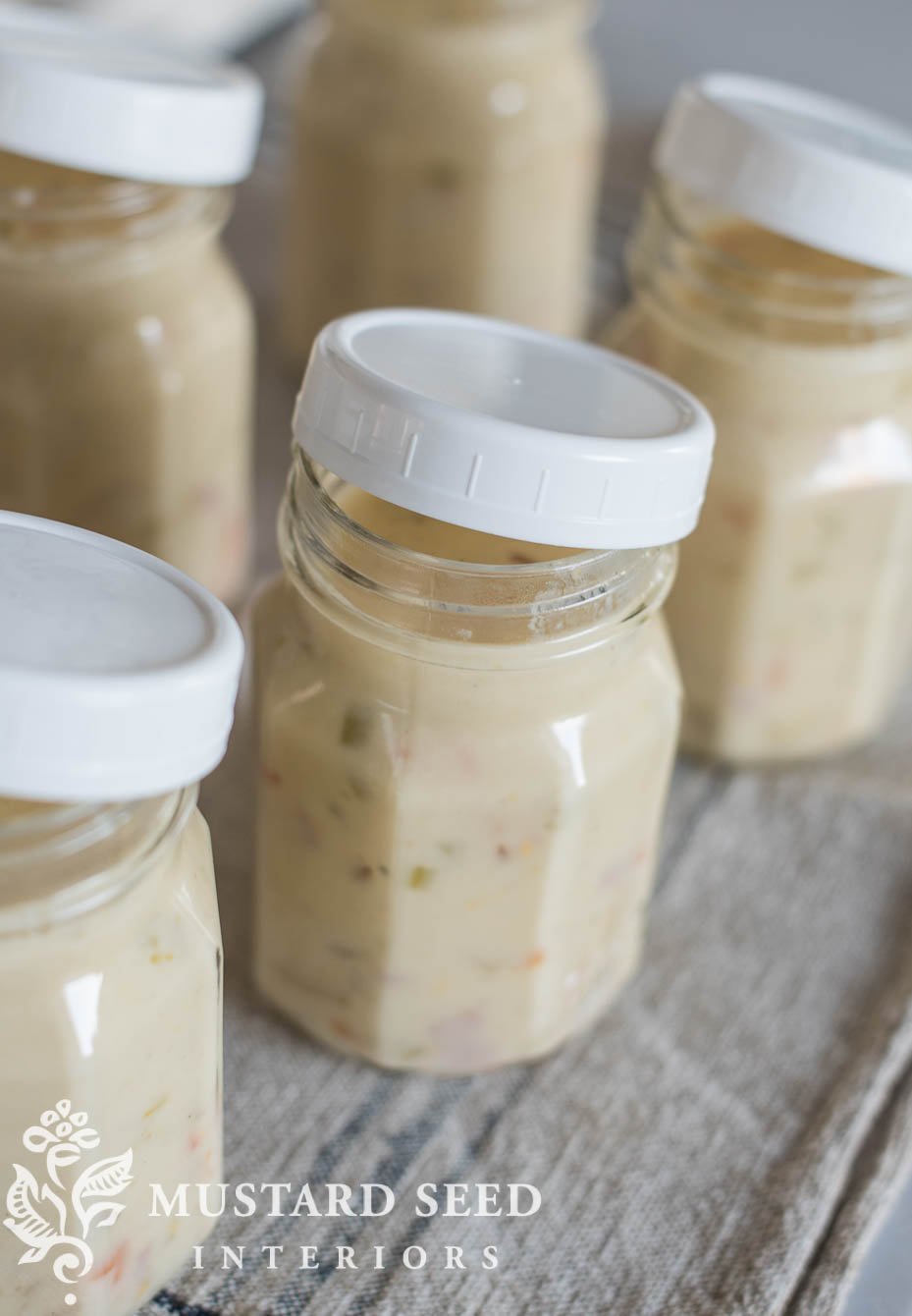 And then I’ll heat them up for lunches or dinners through the week making this easy potato soup even easier. 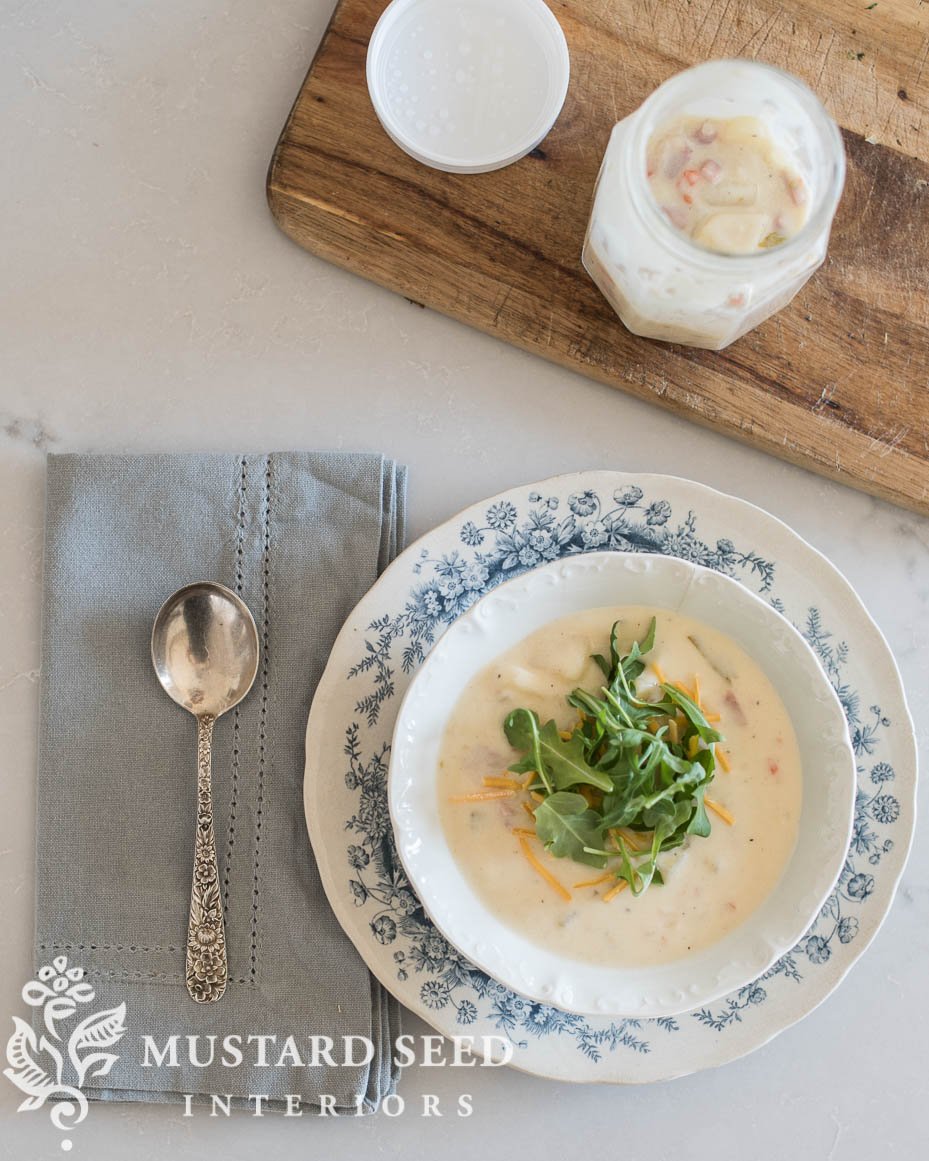 And there’s really no valid excuse for not making good eating choices or for grabbing food on the go.  It’s all at-the-ready, quick, and easy. 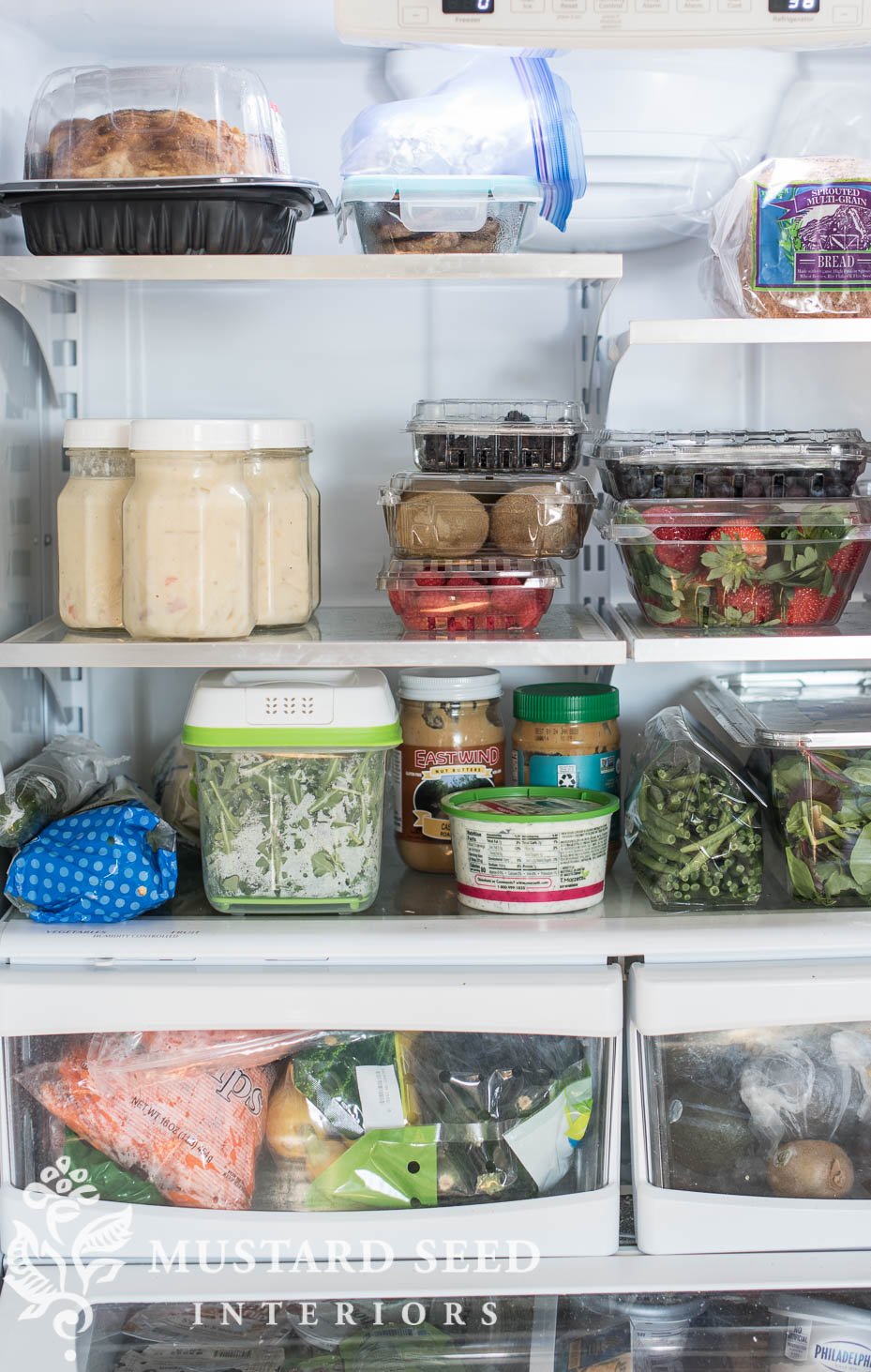 Here’s the printable recipe for those who are interested in trying this easy potato soup!

You can find other recipes I’ve shared HERE. 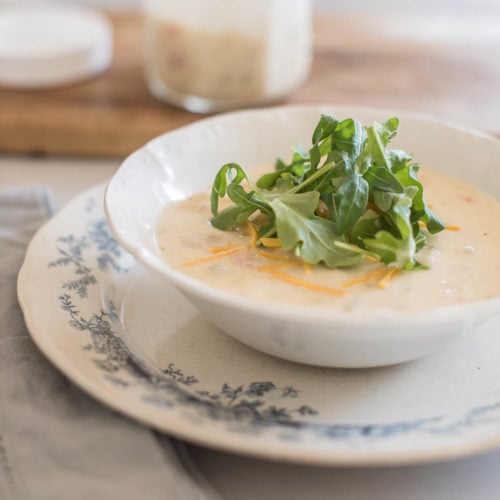