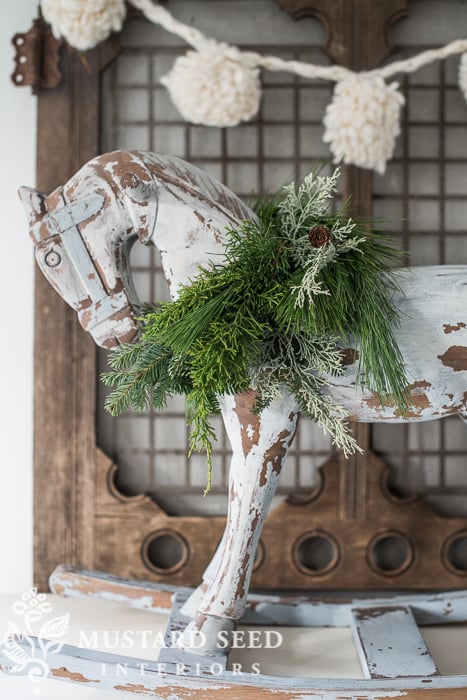 I’ve been sharing the Christmas decorations in my house room by room over the past few days.  In case you missed it, here is the master bedroom and family room decked out for the holidays.   And now, in the tour, we come to the living room.   As with the other rooms I’ve already shared, I used mostly fresh greenery with a few wintry/festive touches. 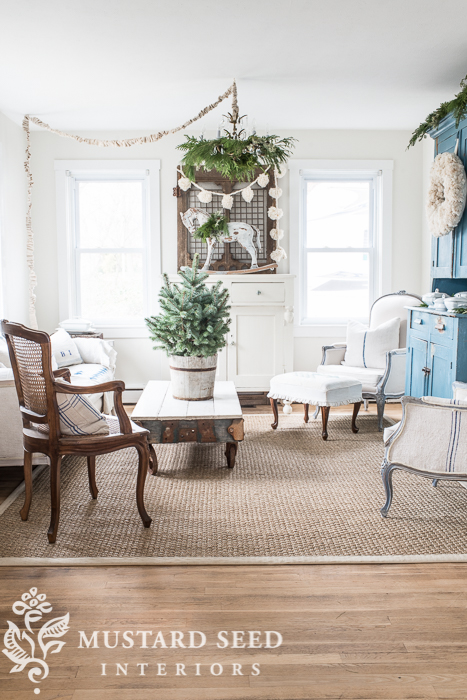 (And I finally made a scrunchy linen cord cover for my plug-in chandelier.)

I have a live blue spruce in an antique bucket on the coffee table and some mixed greenery tucked in the chandelier. 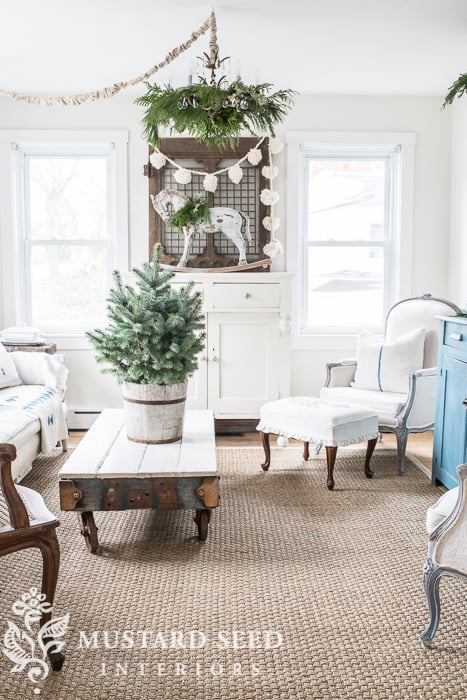 The pom-pom garland is from Anthropologie and I just let it swag over an antique screen door.  I love how it looks like a garland of snowballs, so it will transition beyond Christmas to be winter decor. 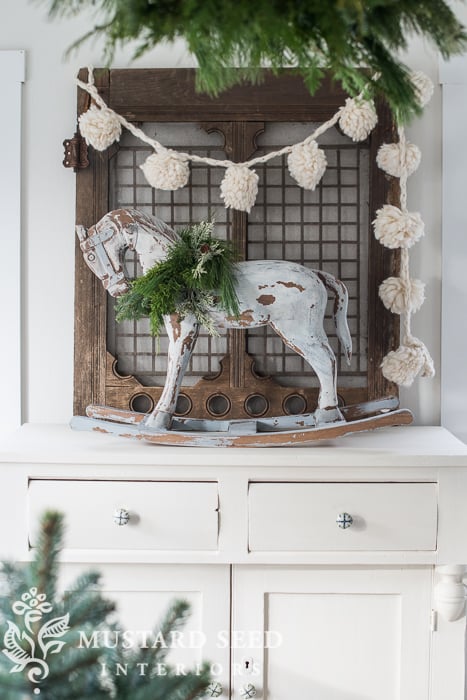 I made a loose wreath for my my milk-painted rocking horse.

The primitive hutch is topped with a mix of live and artificial greenery and a wreath from Anthro is hung from the doors. 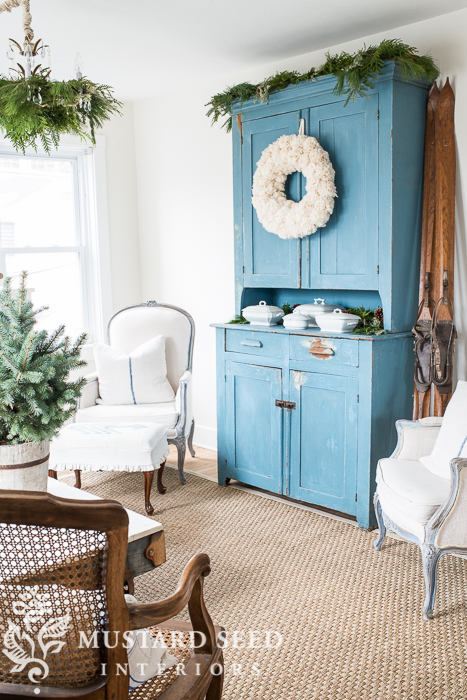 I really loved the quality and look of the garland, so I started eyeing the wreath online.   Maria sharing the same wreath on her Instagram feed only encouraged me further! 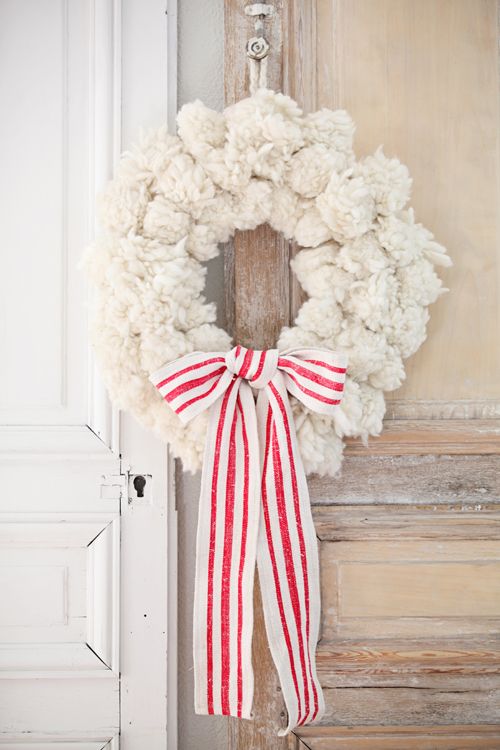 (via Maria of Dreamy Whites)

It was quite a splurge, so I looked at some alternatives.  There were some nice ones on Etsy, but there was something about the Anthro one that I was really drawn to.  It was fuller and fluffier and just looked beautiful.  I received their black Friday e-mail with a 20% off code and, figuring I would enjoy it for many Christmases, I went for it. 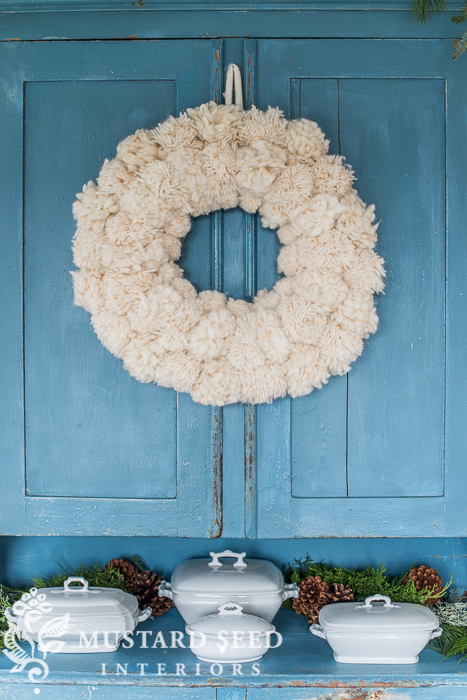 Mine actually looks a little different from Maria’s version, but I still really love it. 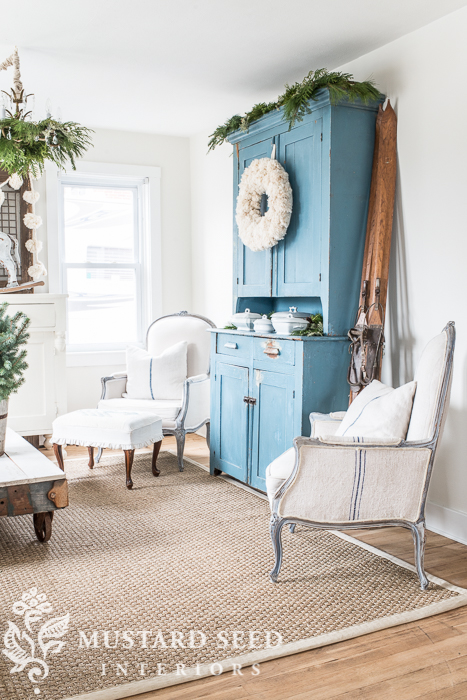 I leaned up a pair of antique wooden skis against the hutch.  I found these about 10 years ago at…get this…a thrift store!  And they were only $18.  I can’t believe it, but I hemmed and hawed over the purchase at the time, thinking that might be too expensive for something that Jeff would shake his head at as I pulled them out of the car.  But I had that nagging gut feeling that these were a special find and a bargain and I took them home, despite the head-shaking I was likely to encounter.  With all of the things I’ve sold over the years, I’ve held onto these and I finally wiped the dust off and brought them out.  (I had to banish them to the basement when the boys were little, so they didn’t pull them over on themselves.) 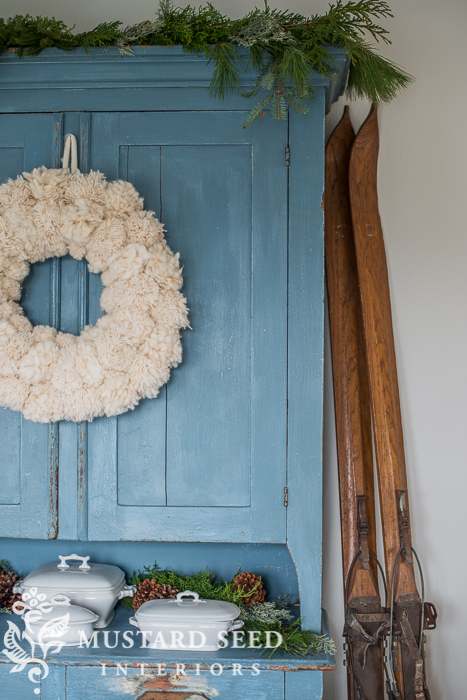 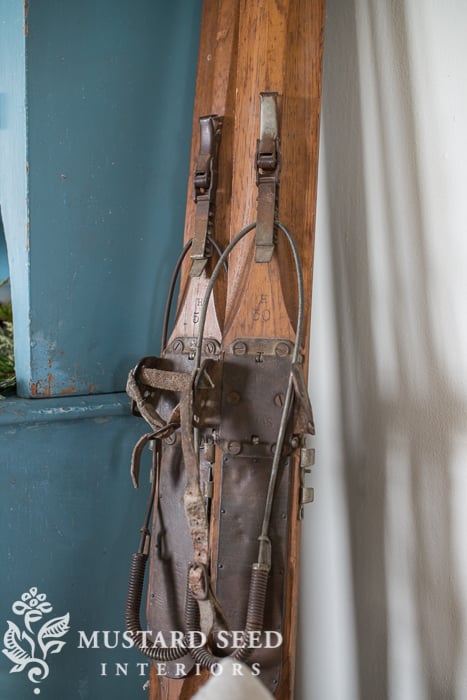 Next to the front door, I added a marble pedestal with a glass cloche filled with a glass glittered deer, some small antique books and a sprig of greenery.  I also added some pine cones to an ironstone bowl… 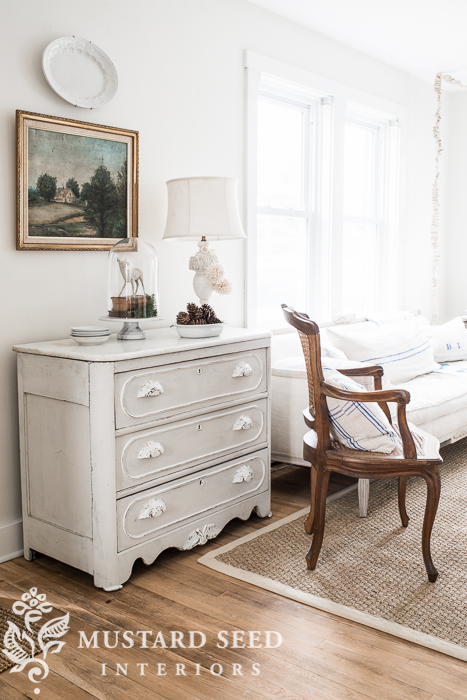 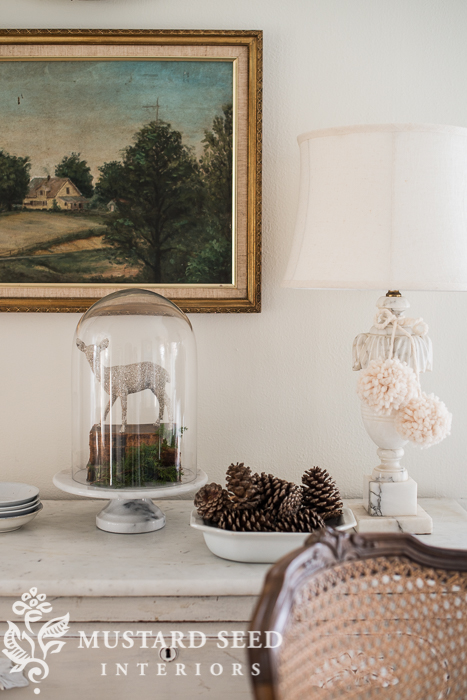 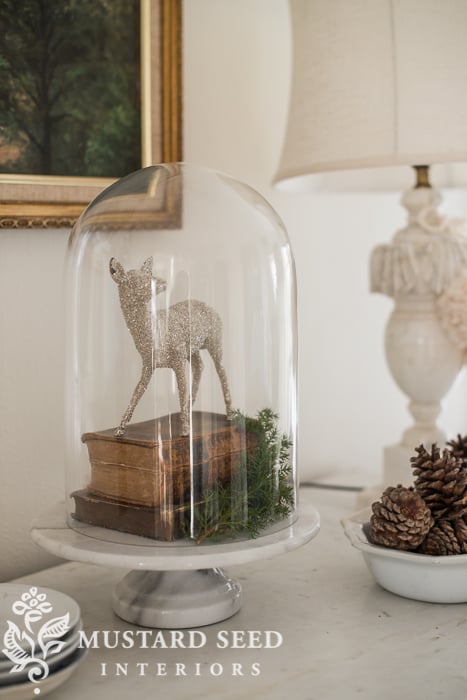 …and tied a couple of homemade poms around the alabaster lamp. 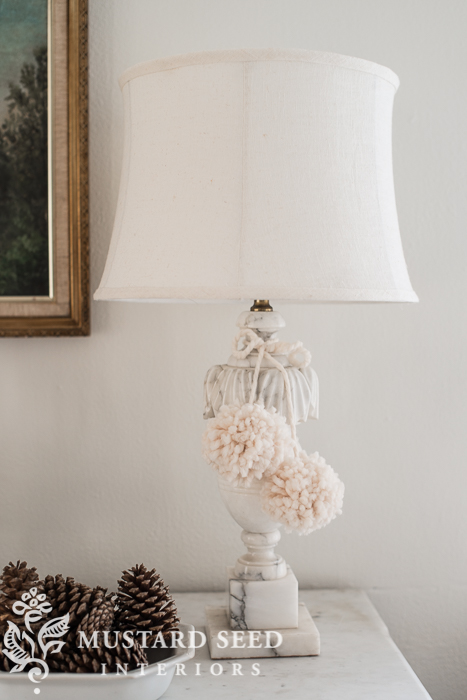 I love how the wintry and Christmas touches came together in this room.  I’m also sort of digging the curtain-free space, so I may just leave it alone.  We’ll see.

Next up is the dining room!