For those who have been asking for furniture makeovers, well, you’re getting them now!  And I have about 12 more pieces in the basement that still need to be hauled up for their chance at a picture.

This piece is actually a sort-of-custom dresser that’s already spoken for.  I received an e-mail a few weeks ago from a reader who was looking for a dresser in a specific style.  She sent some pictures along of other pieces I’ve painted and I just happened to be buying two dressers in the style she was looking for.  Jeff and my dad picked them up for me and I gave her first pick of which one she wanted.

She picked the one she liked the best and asked me to paint it in Boxwood, but gave me liberty to paint it however I wanted.  That was awesome, because I usually don’t do custom work for that reason.  I don’t like having to do something that doesn’t look right to me on the piece.

So, I ran with it and painted a base coat of MMS Milk Paint in Lucketts Green followed by some strategically applied Vaseline and a coat of Boxwood.  (You can see a tutorial for the Vaseline resist technique HERE.)  And this is the result… 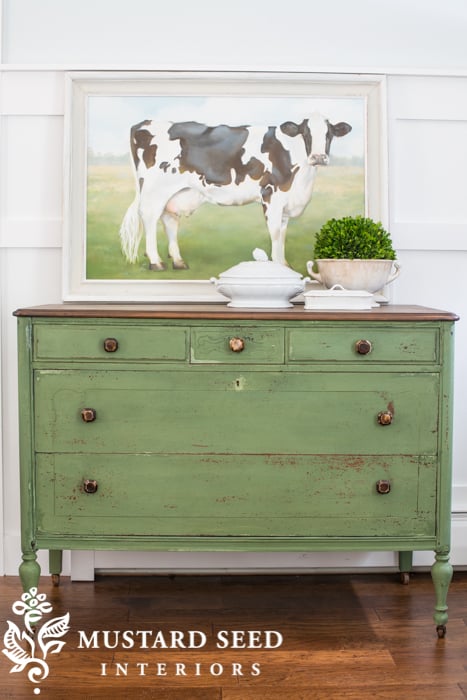 Here’s how the dresser looked before… 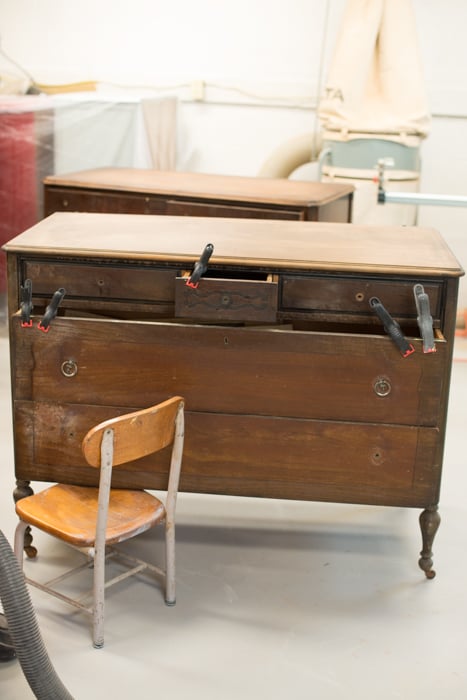 It was pretty rough and needed a lot of gluing and fixing.  We got it cleaned up, glued any loose veneer, made the drawers operational and replaced a mis-matched wheel that was too large and made the entire piece sit at a wonky angle.

I stripped and refinished the top in a Dark Walnut stain and MMS Furniture Wax.  The body of the dresser is also finished in Furniture Wax. 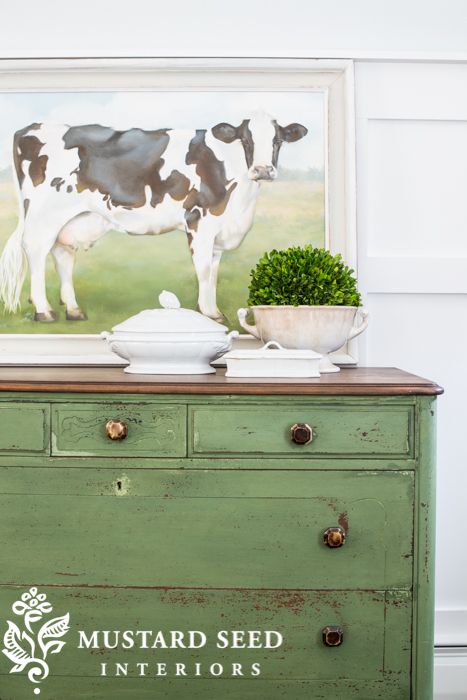 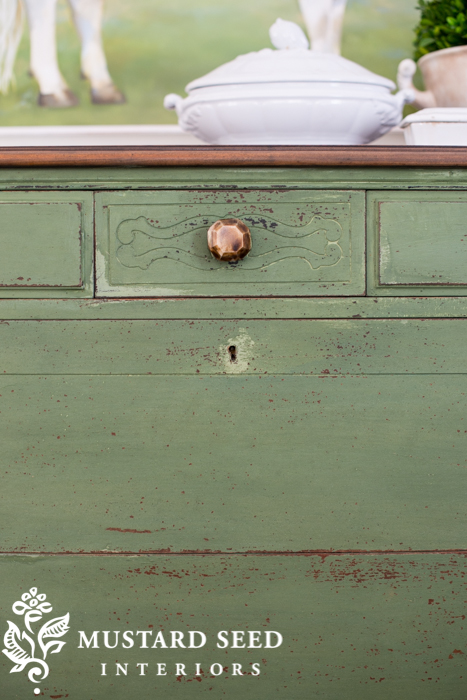 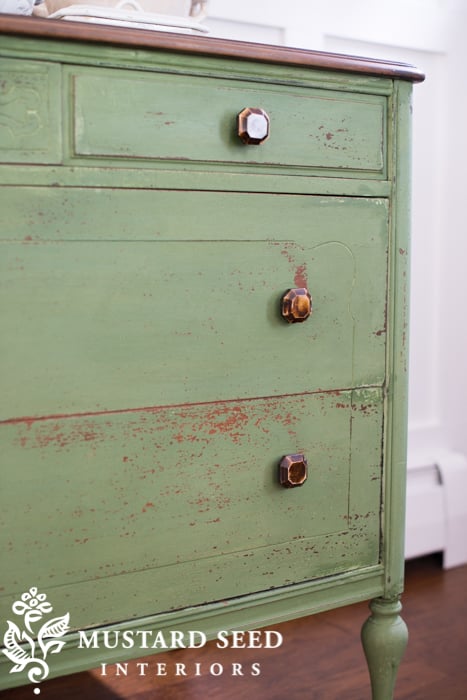 The “tortoise” knobs are from Hobby Lobby. 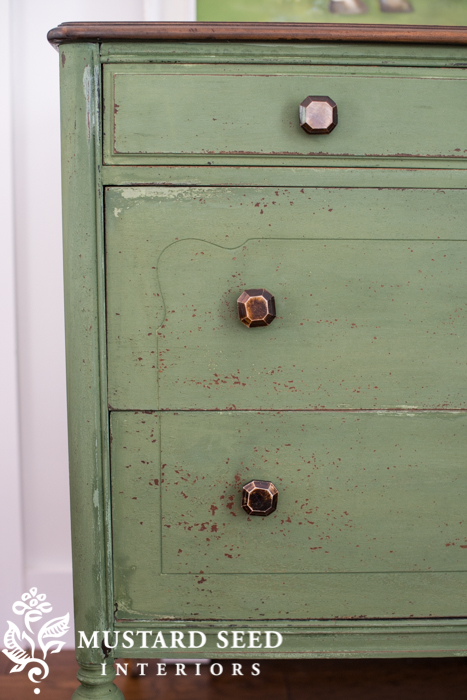 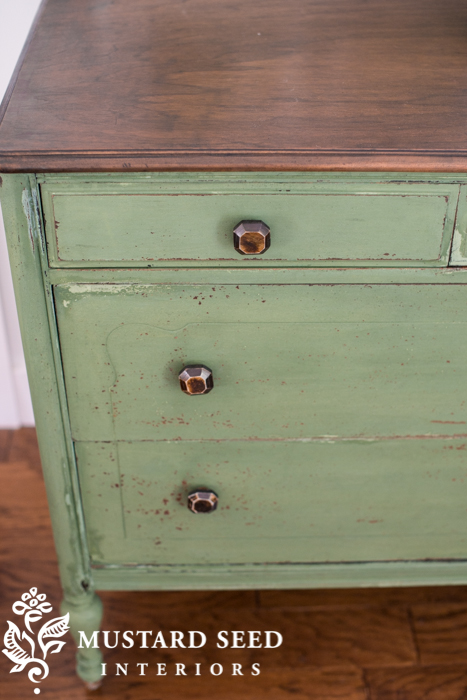 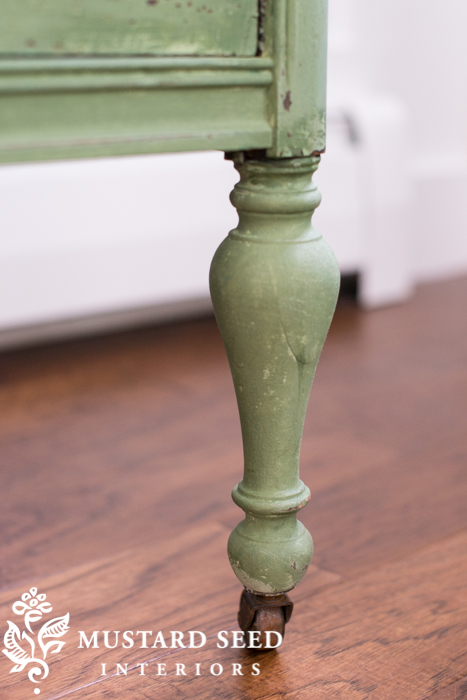 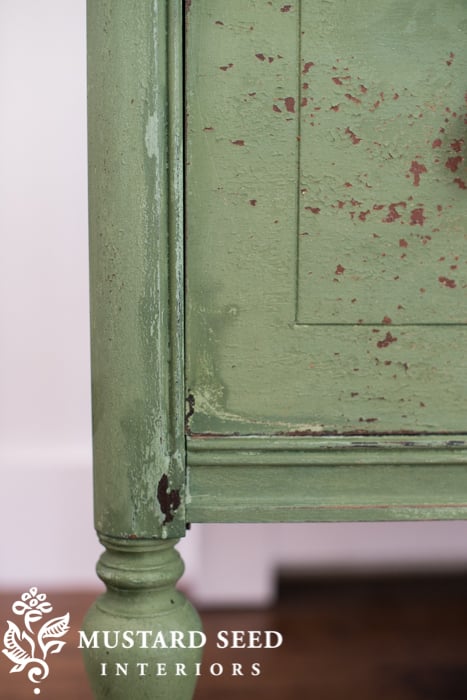 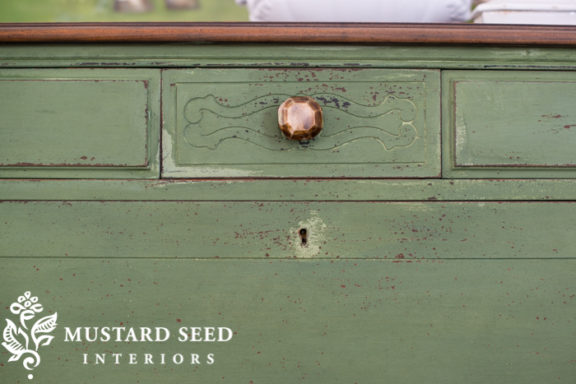 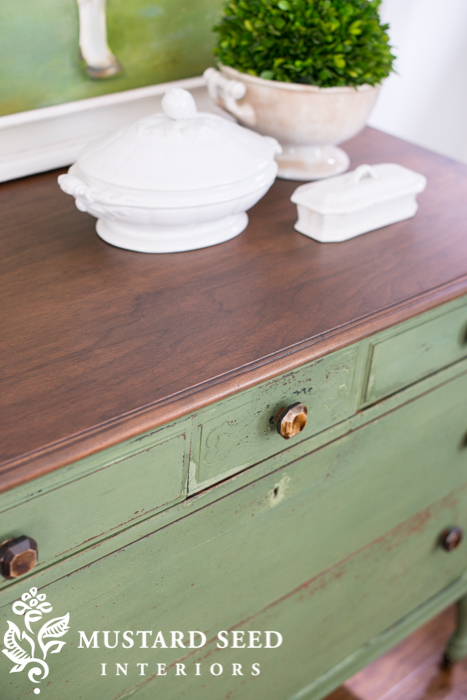 Cindy’s cow paintings usually steal the show, so I thought I would mention the cow who is acting as an accessory for my photo shoot is Gwendolyn.  She was painted by the very talented Cindy Austin and you can purchase a giclee print of Gwendolyn in her Etsy shop.

I finished upholstering three more chairs today and I think it’s safe to say I have French chairs coming out of my ears for Lucketts!

French chairs and ironstone.  I’m sure there are worse things to have in abundance, so I won’t complain!