a walking tour of Barga

On the afternoon of our first full day in Barga, we had the pleasure of doing a walking tour led by Keane, a man who moved from the UK 30 years ago and has made Barga his home.  We didn’t get to do this tour last year, so I was excited to learn more about this ancient walled town.  The main focus of the tour would be visiting the 1000-year-old Duomo at the top of the hill.  It’s a Christian church with a pagan history where the steeple bells are still rung by hand. 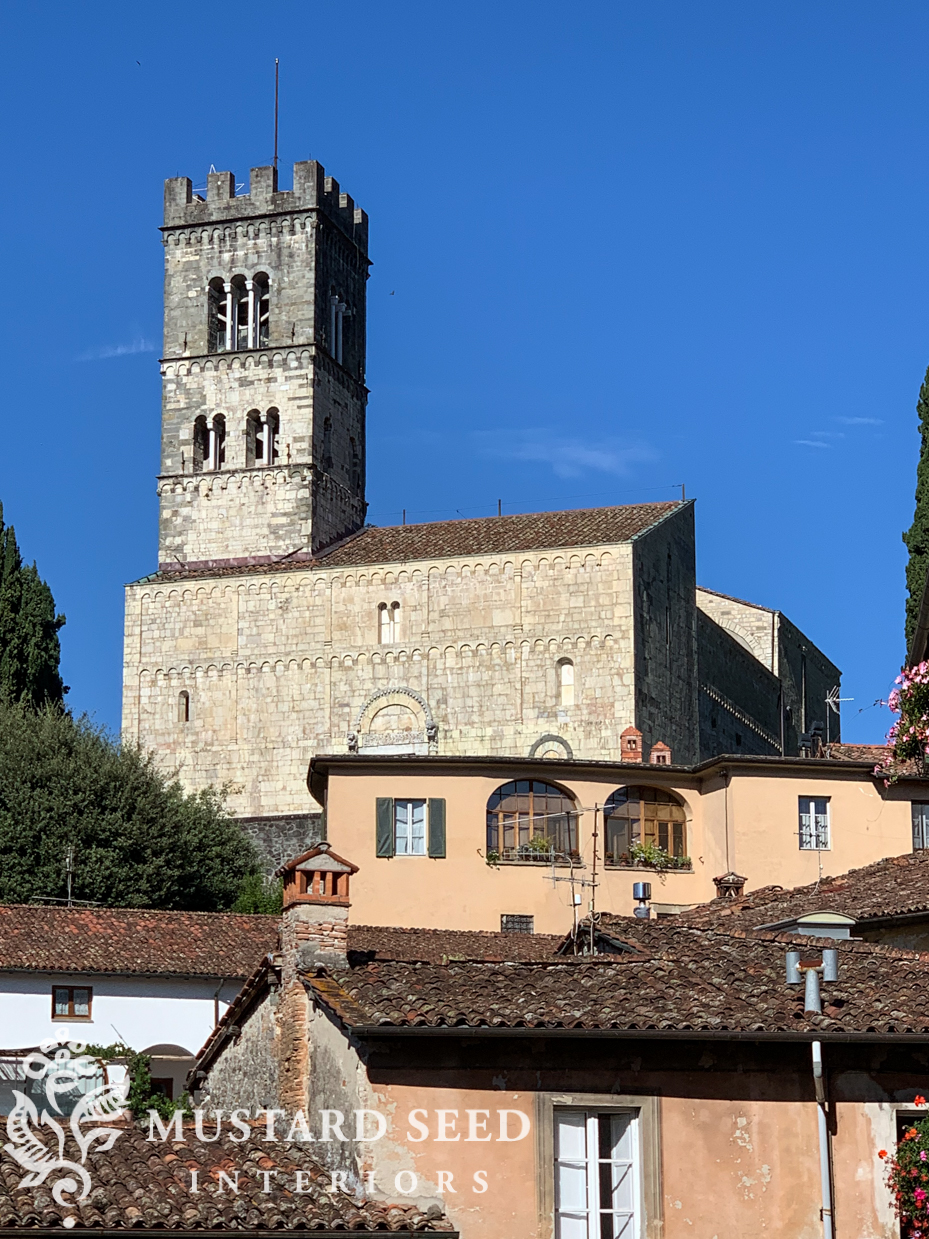 Keane took us the long way up the hill through the winding streets of Barga.  One of my favorite things about these old European towns is the narrow streets.  I love the way the light falls into them creating sharp shadows and bringing the warm colors of the plaster to life. 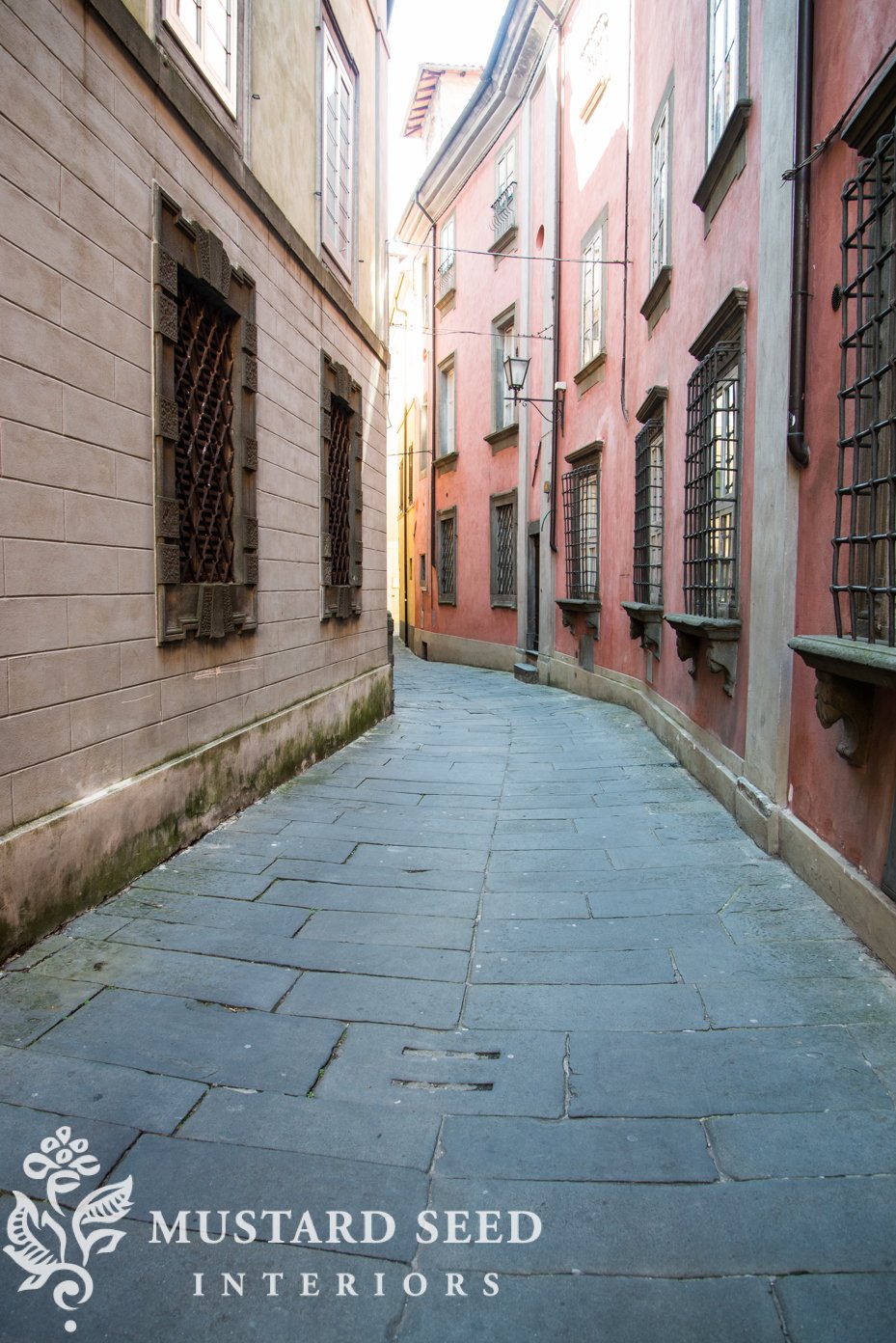 I love the little passageways that seem to pull and whisper, urging you to explore, even if it means a trip up a timeworn staircase. 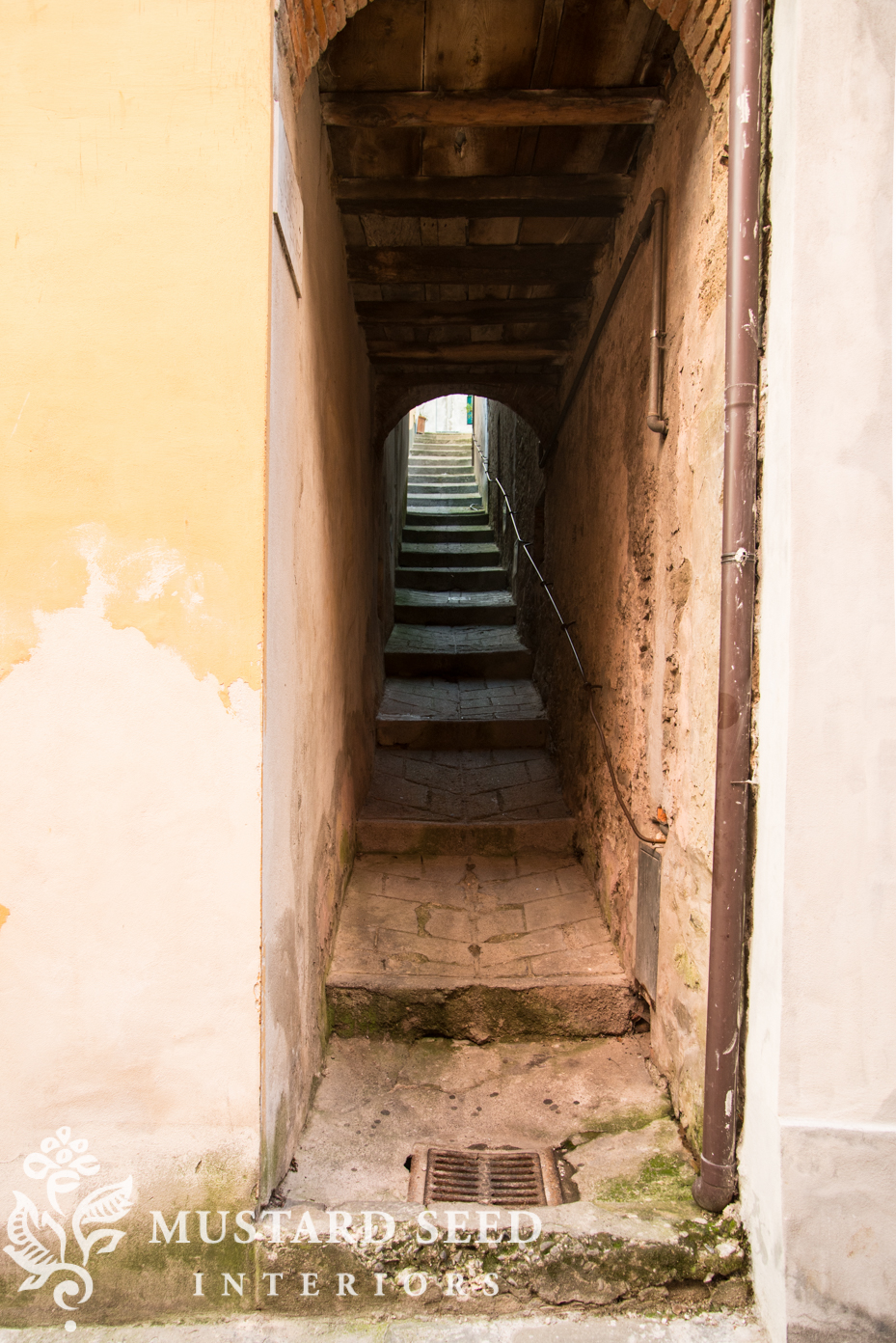 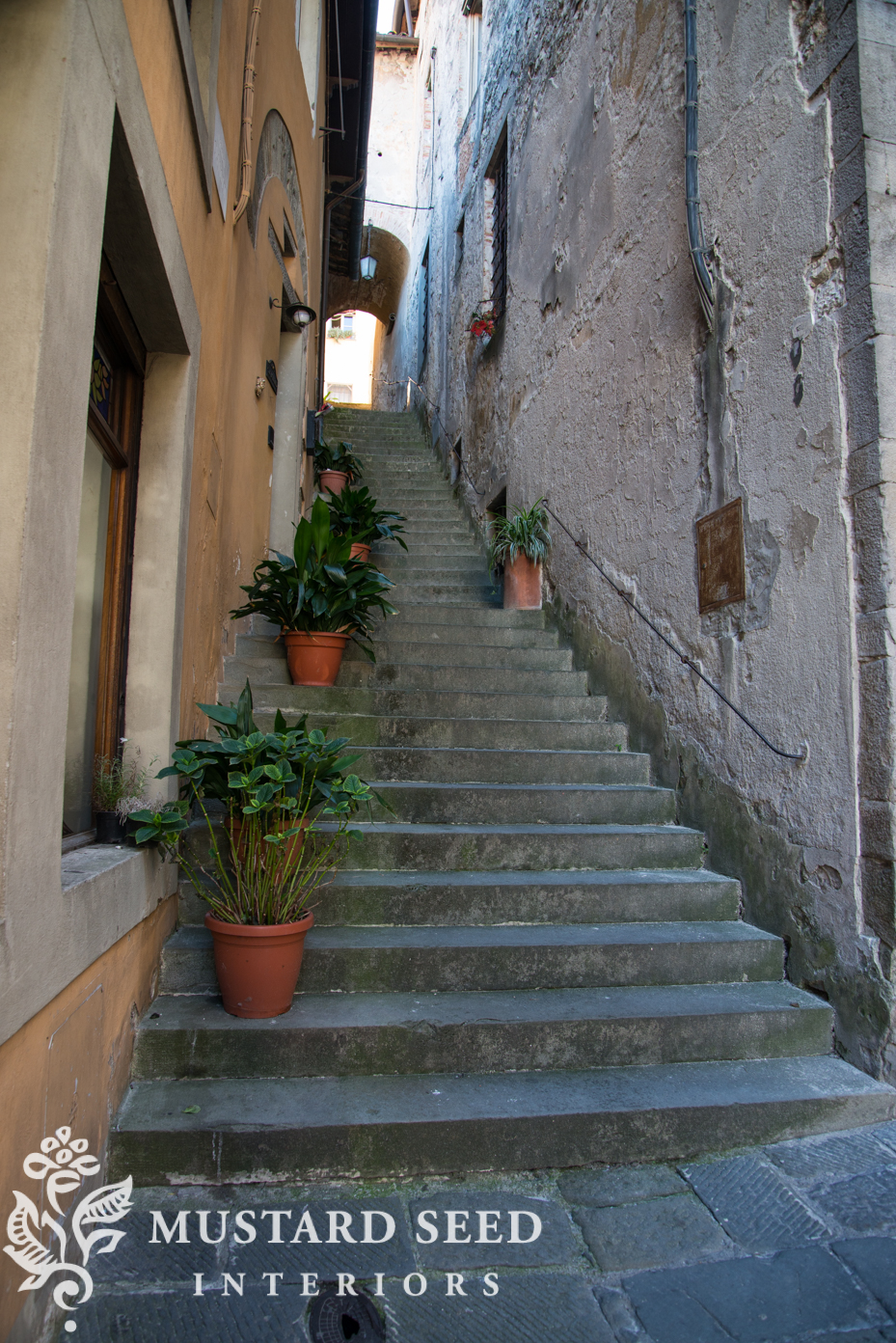 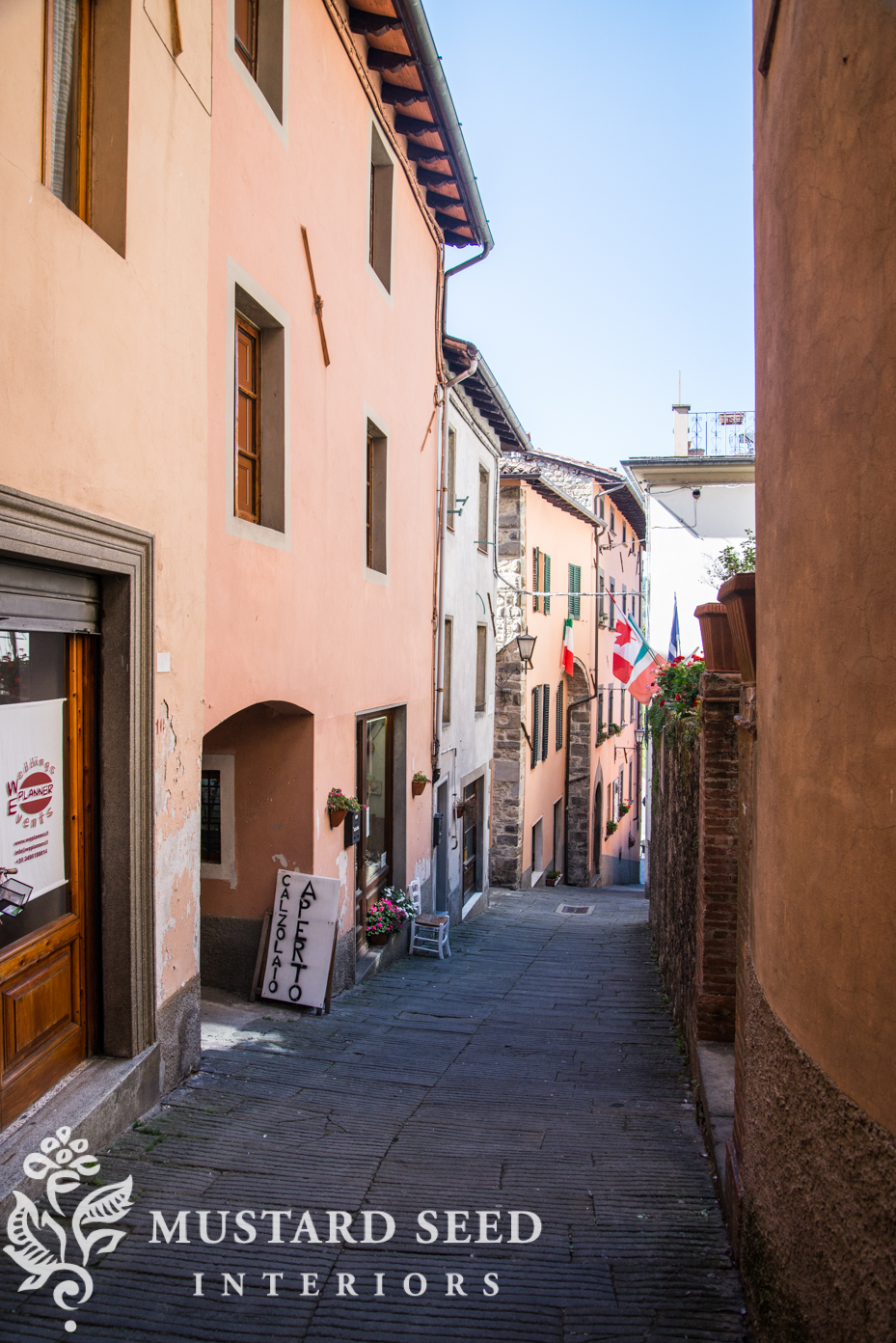 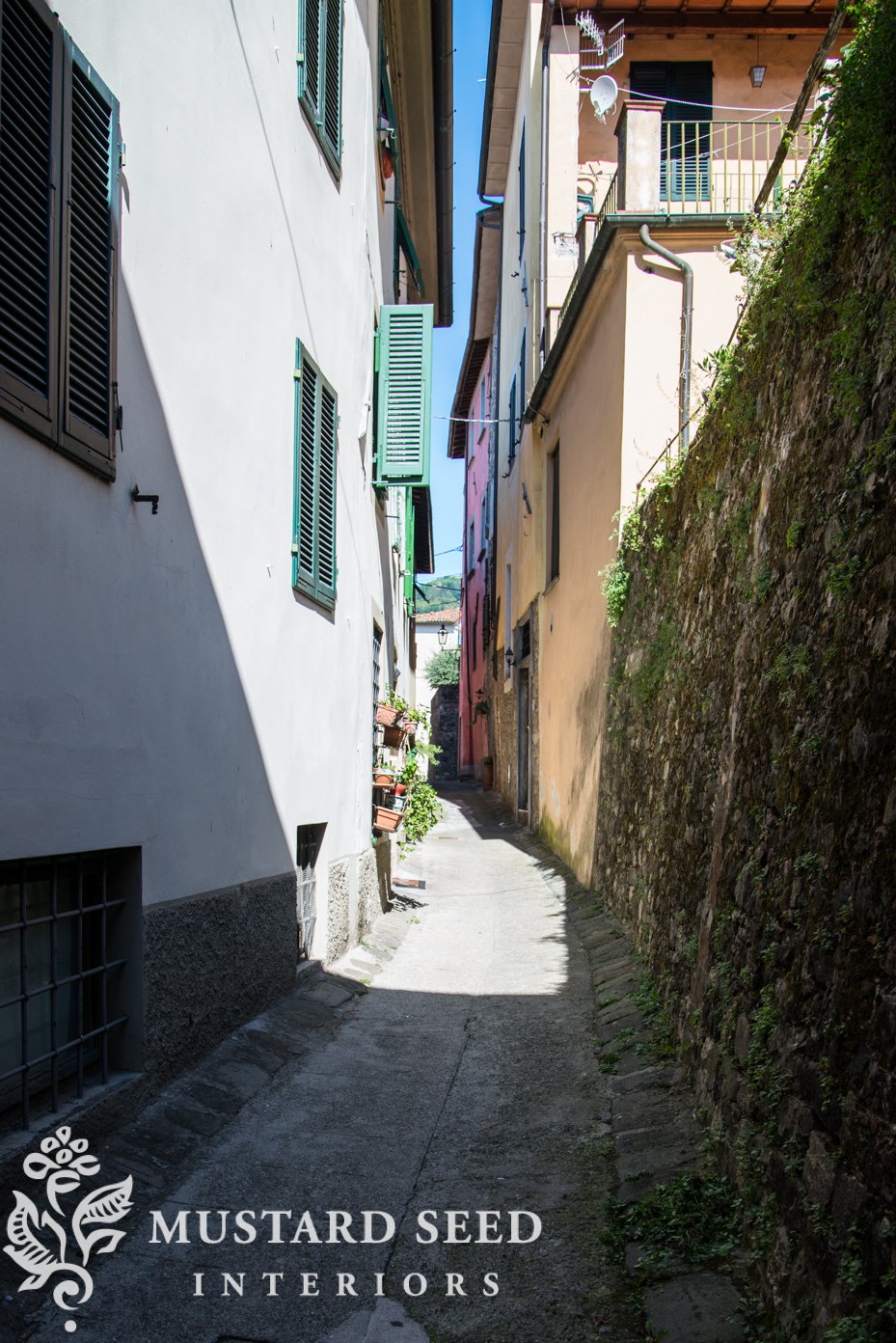 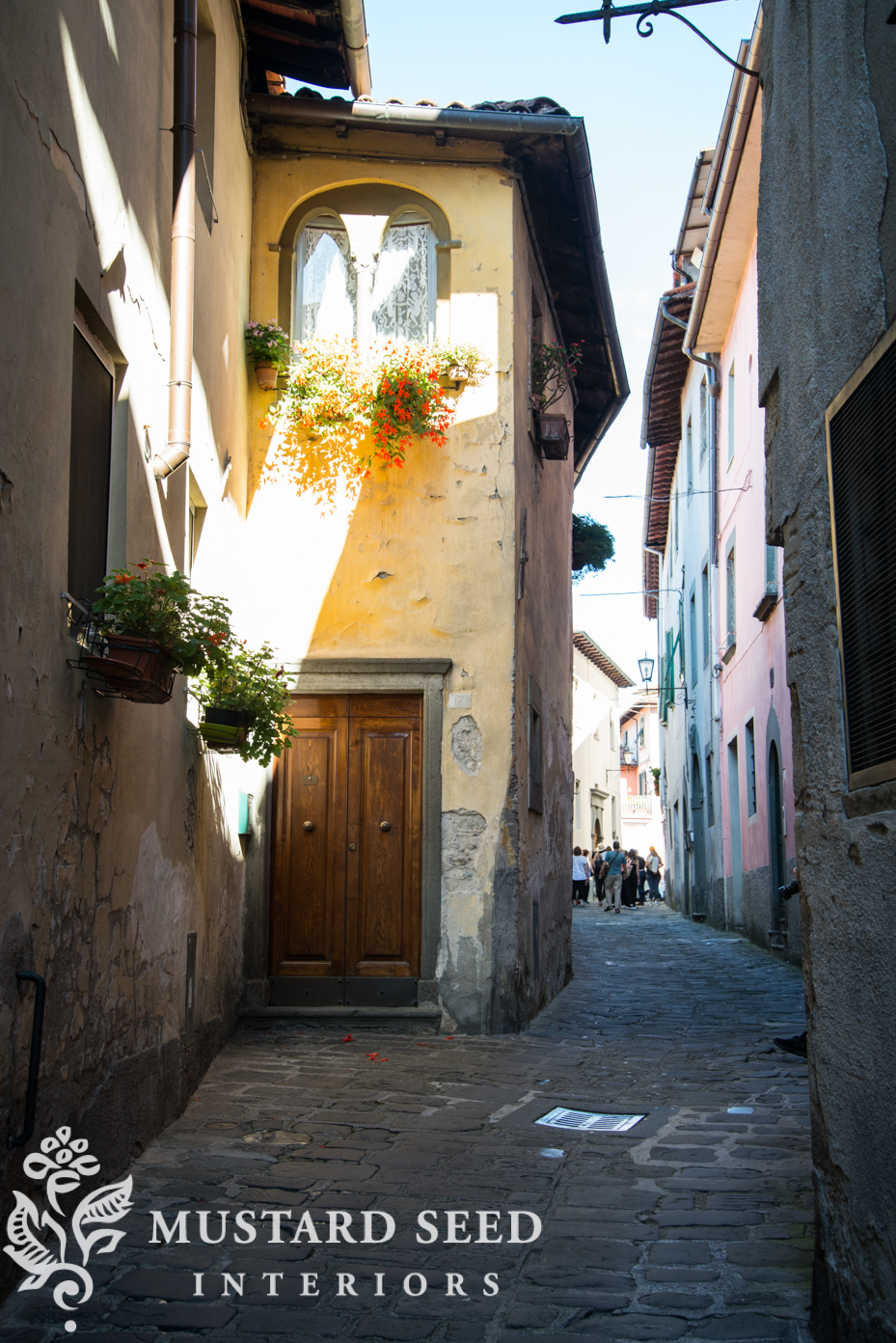 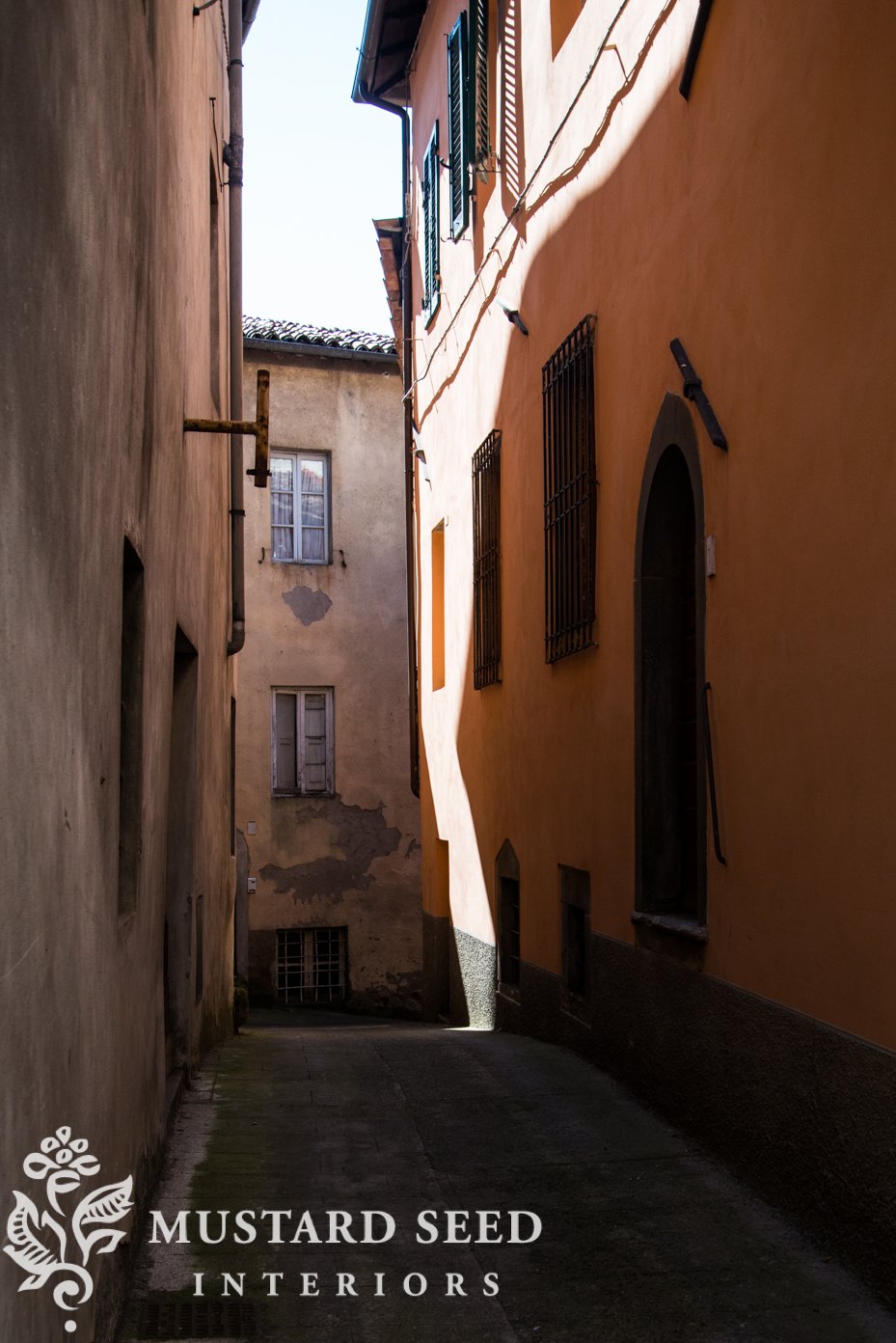 At points of interest, Keane would stop and tell us stories that have been passed down through the years.  Each story would end with the smile and a shrug, “But these are Tuscan stories…”  It is unknown which stories are true and which ones are folklore. 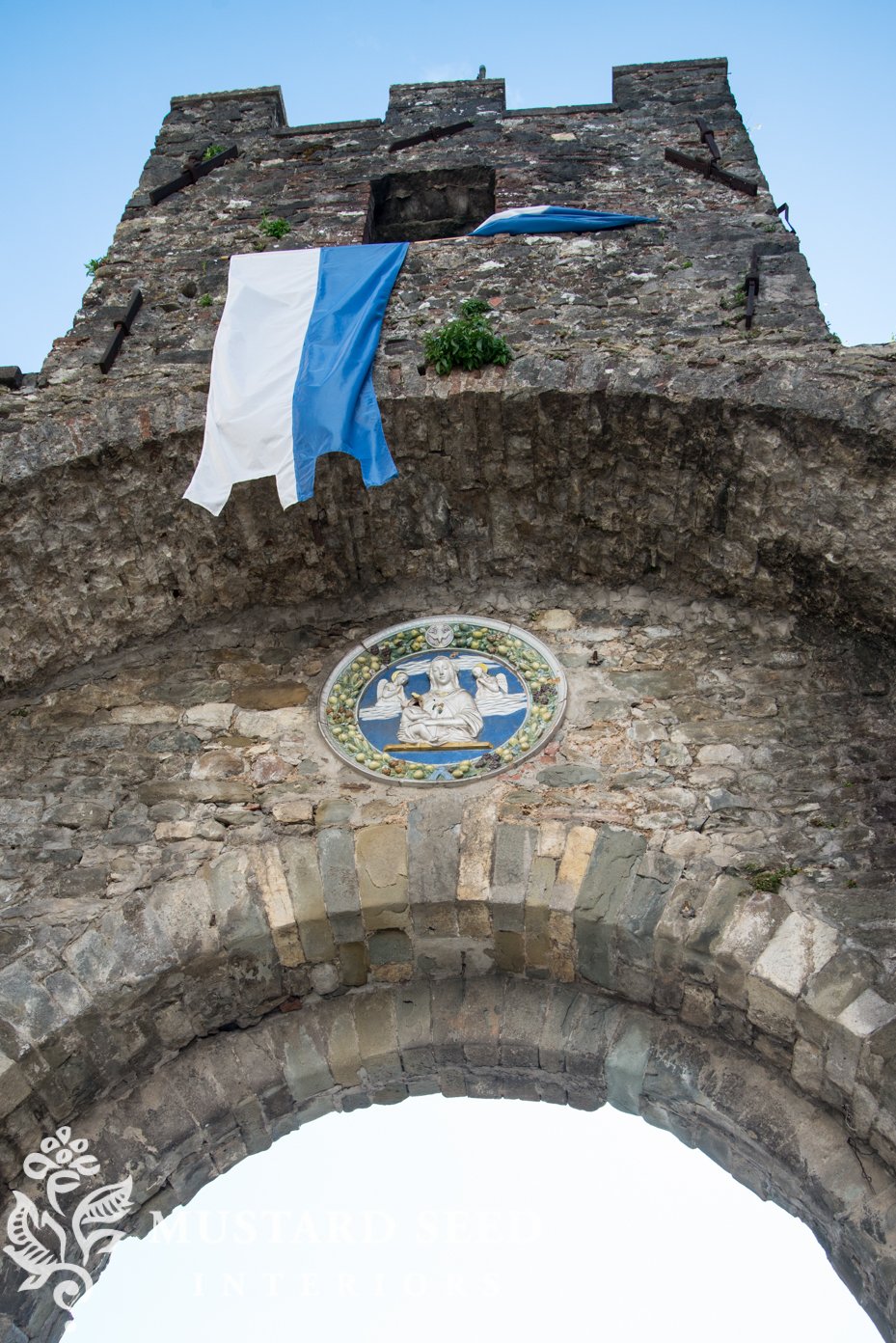 The Duomo of Barga was perhaps the most interesting church we were able to tour while in Europe.  It’s not the grandest, or the biggest, or the most beautiful, but it represents a mixture of history.  There are symbols on this church that are Viking, Nordic, pagan, medieval, and Christian.  Keane has spent years studying the symbols and some are still a mystery. 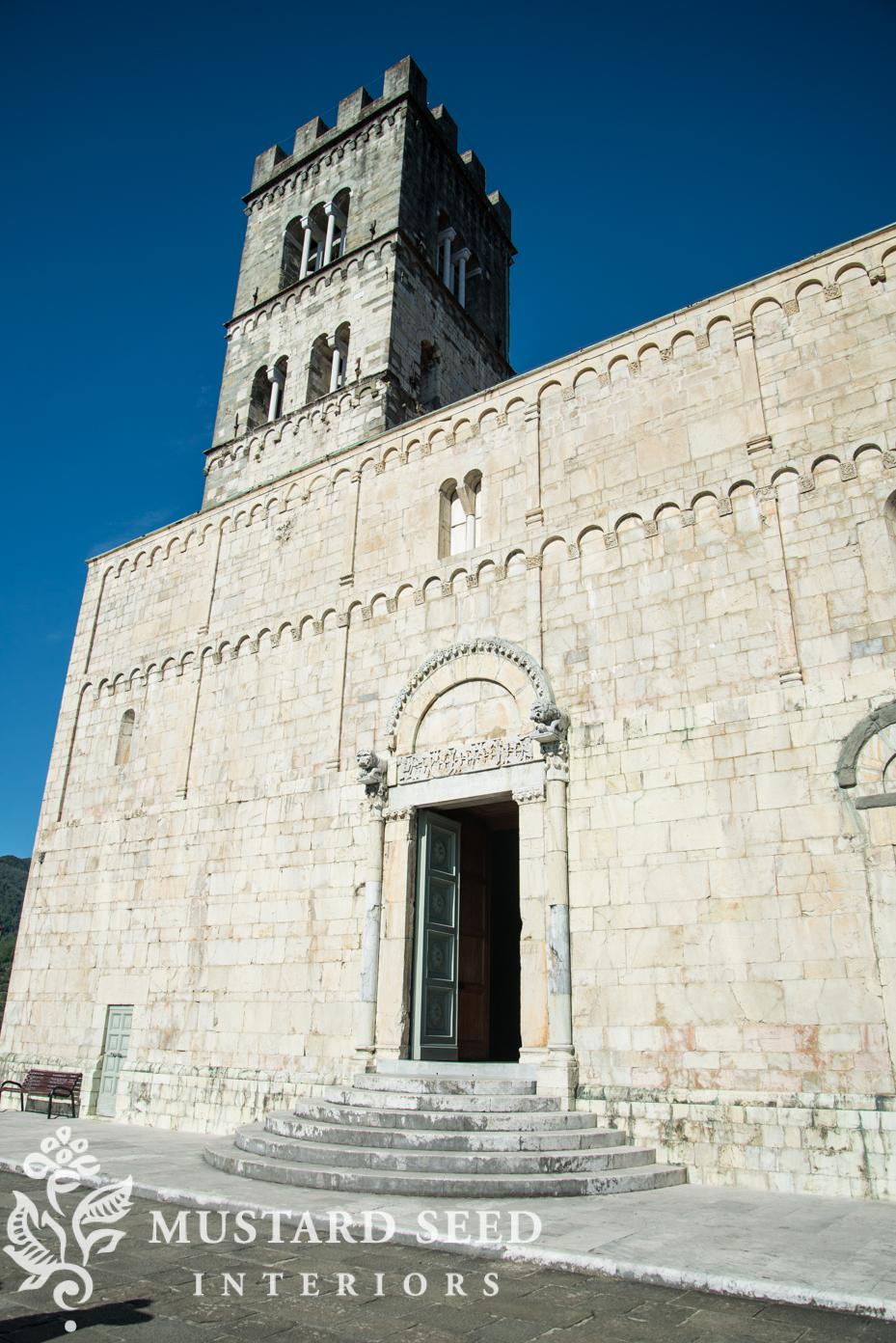 The symbols by the church door, for example, have still not been translated… 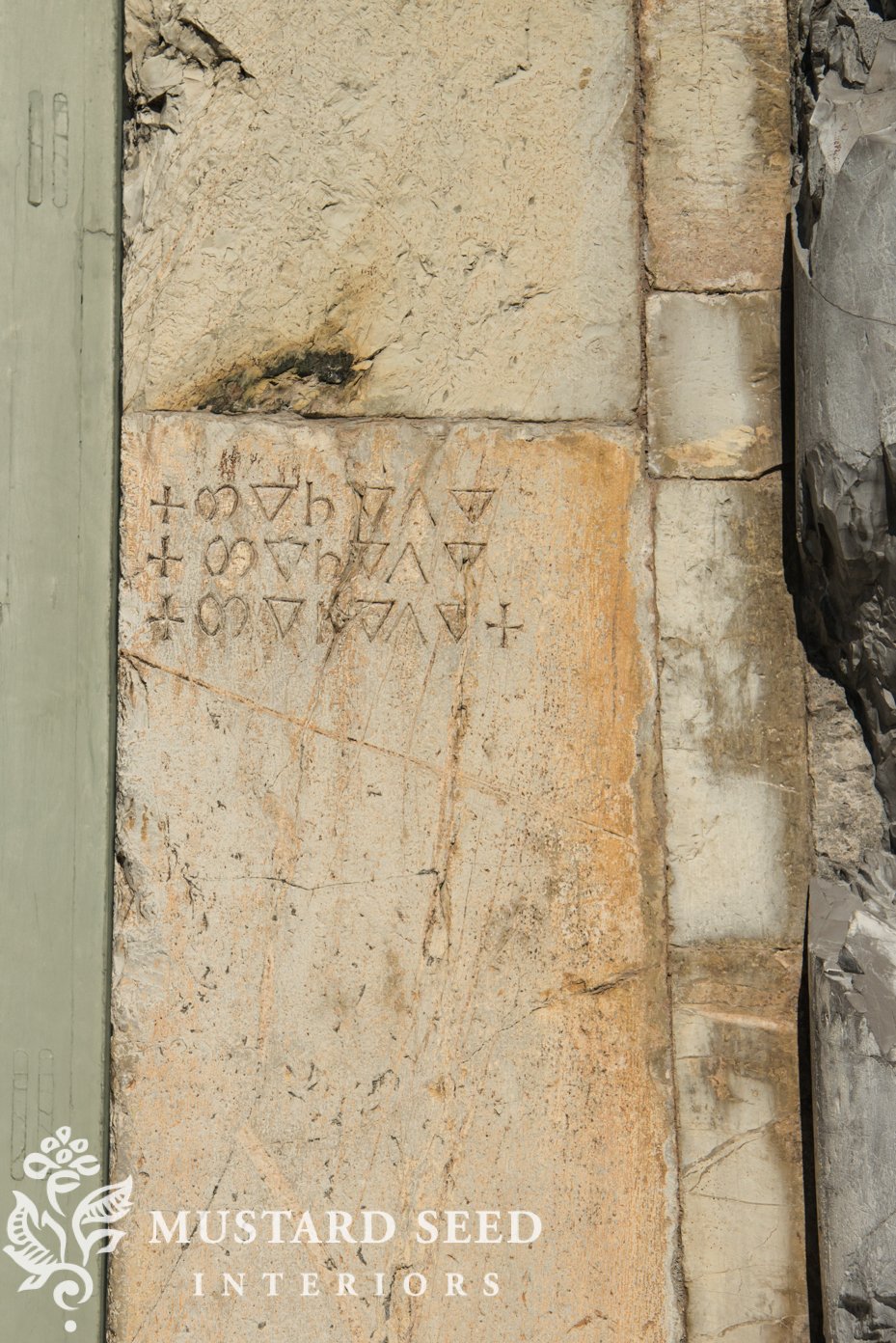 Keane walked us to the church, showing us points of interest.  This is still an active church and I just imagined what it would be like to hear a choir of voices filling the space. 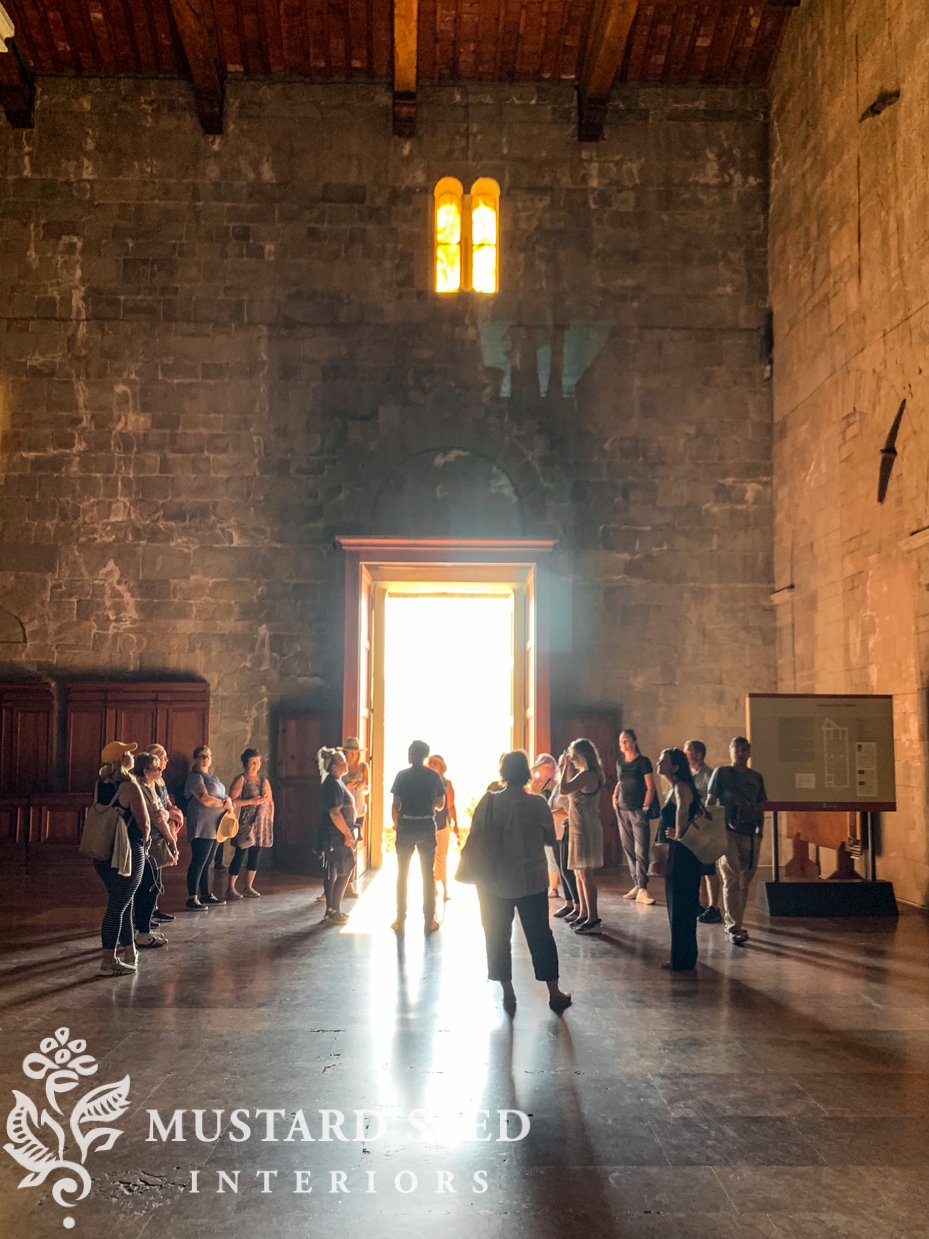 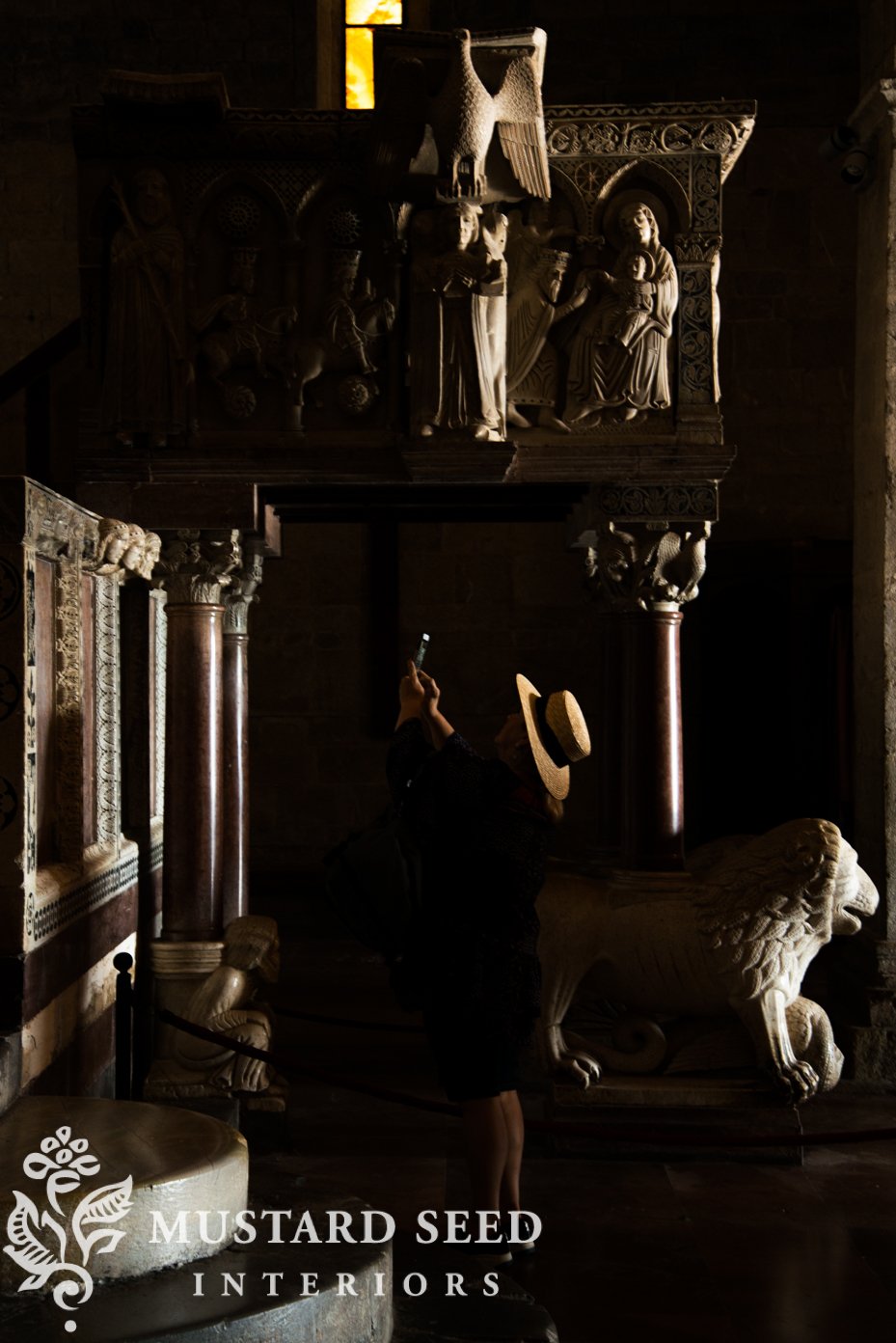 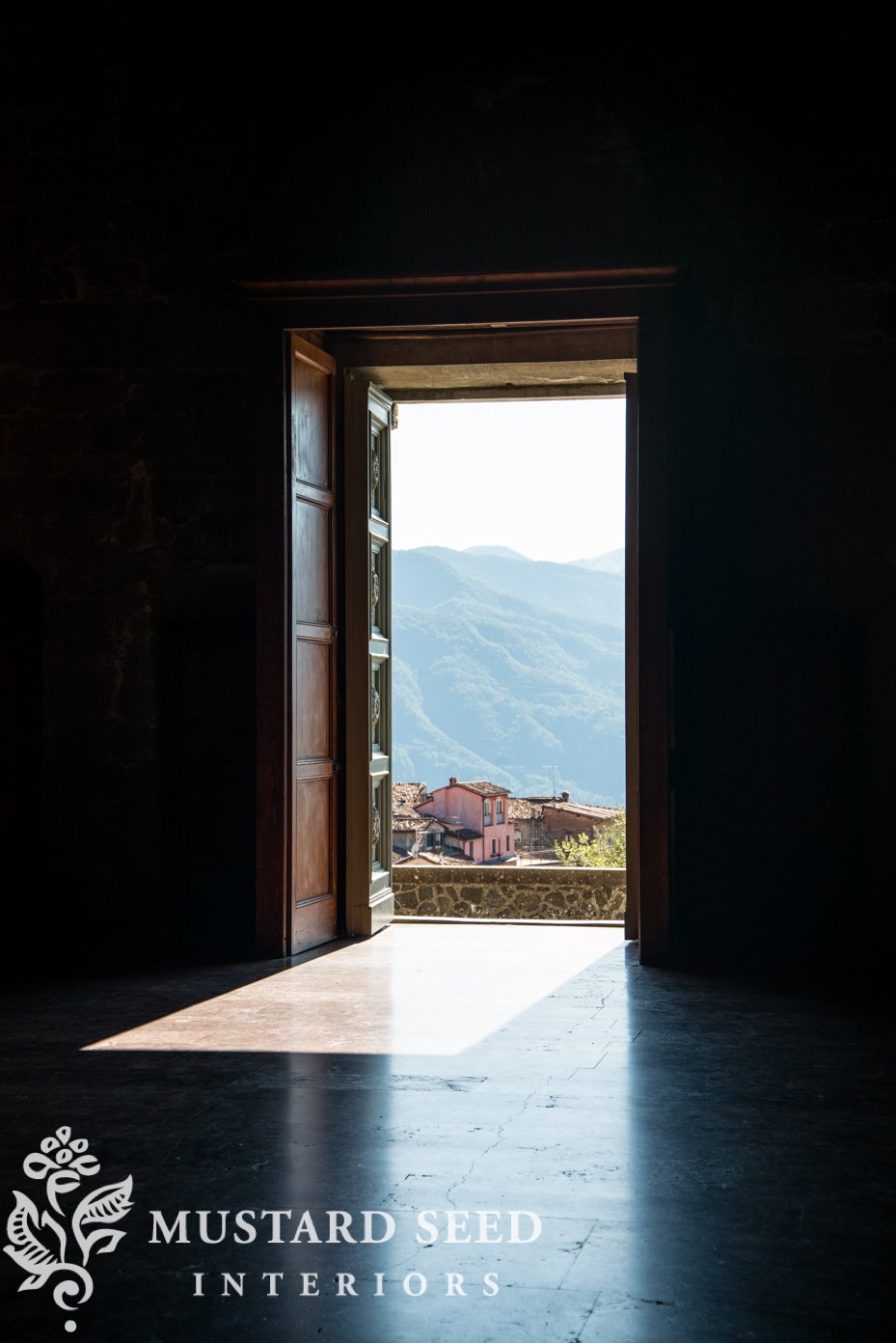 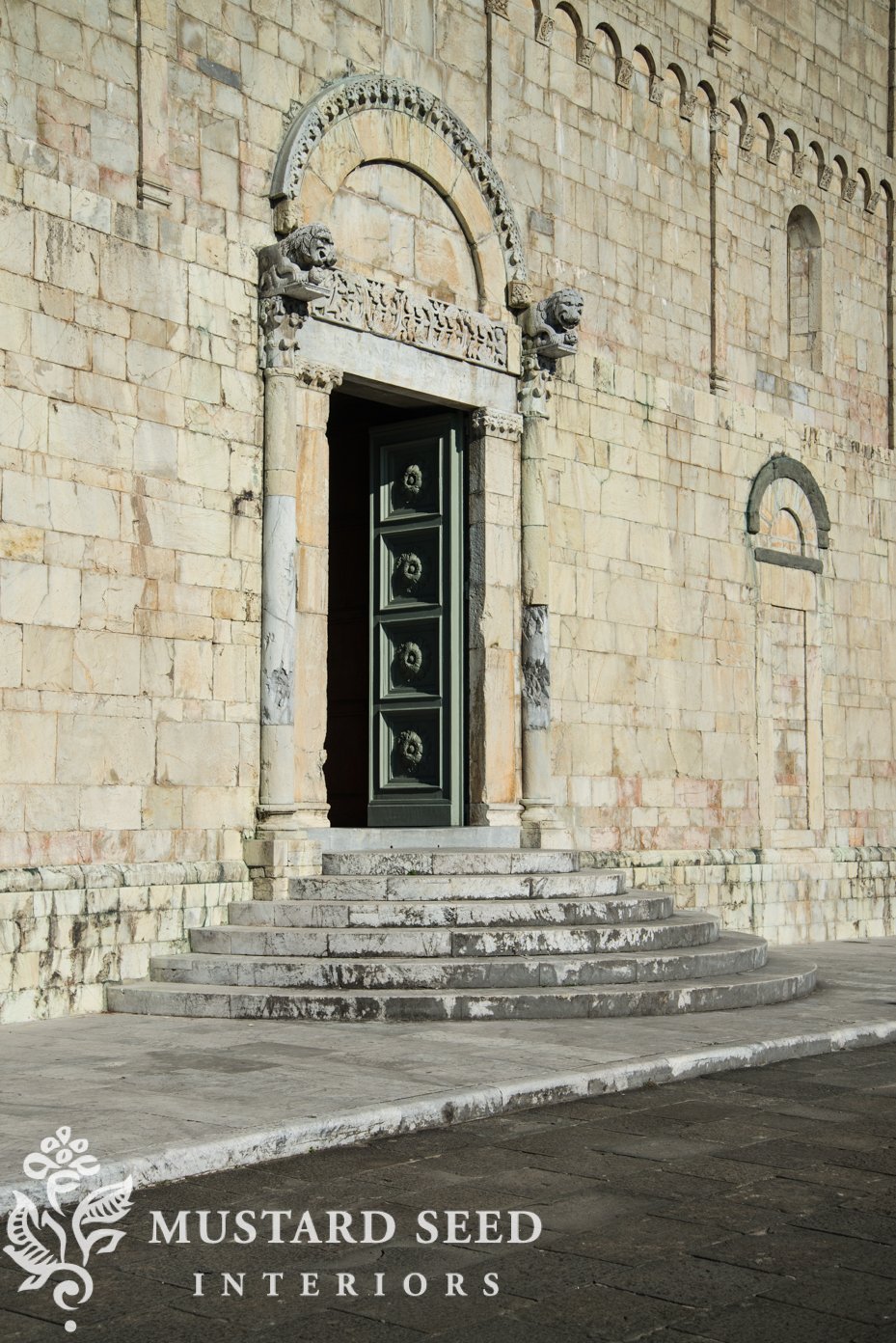 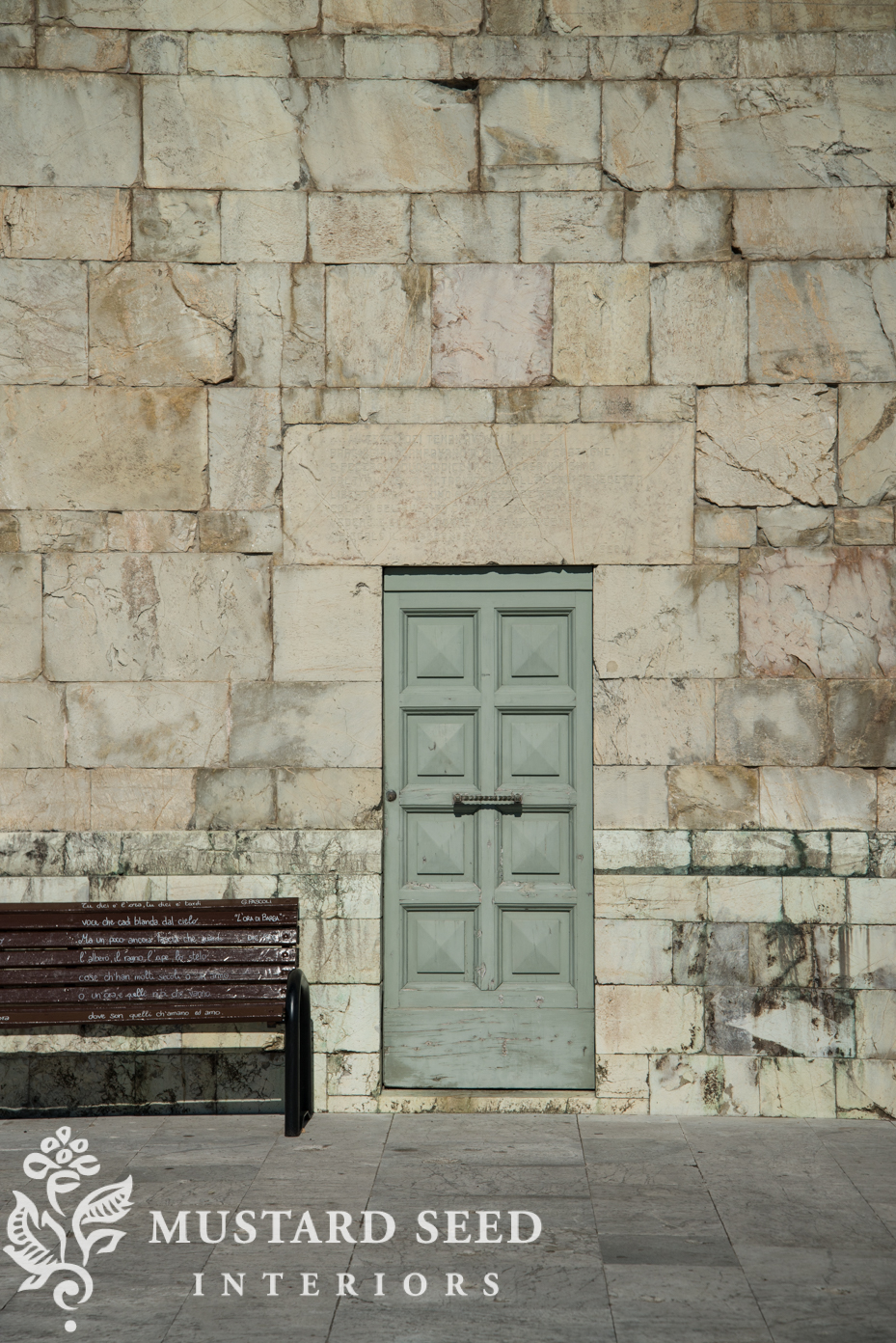 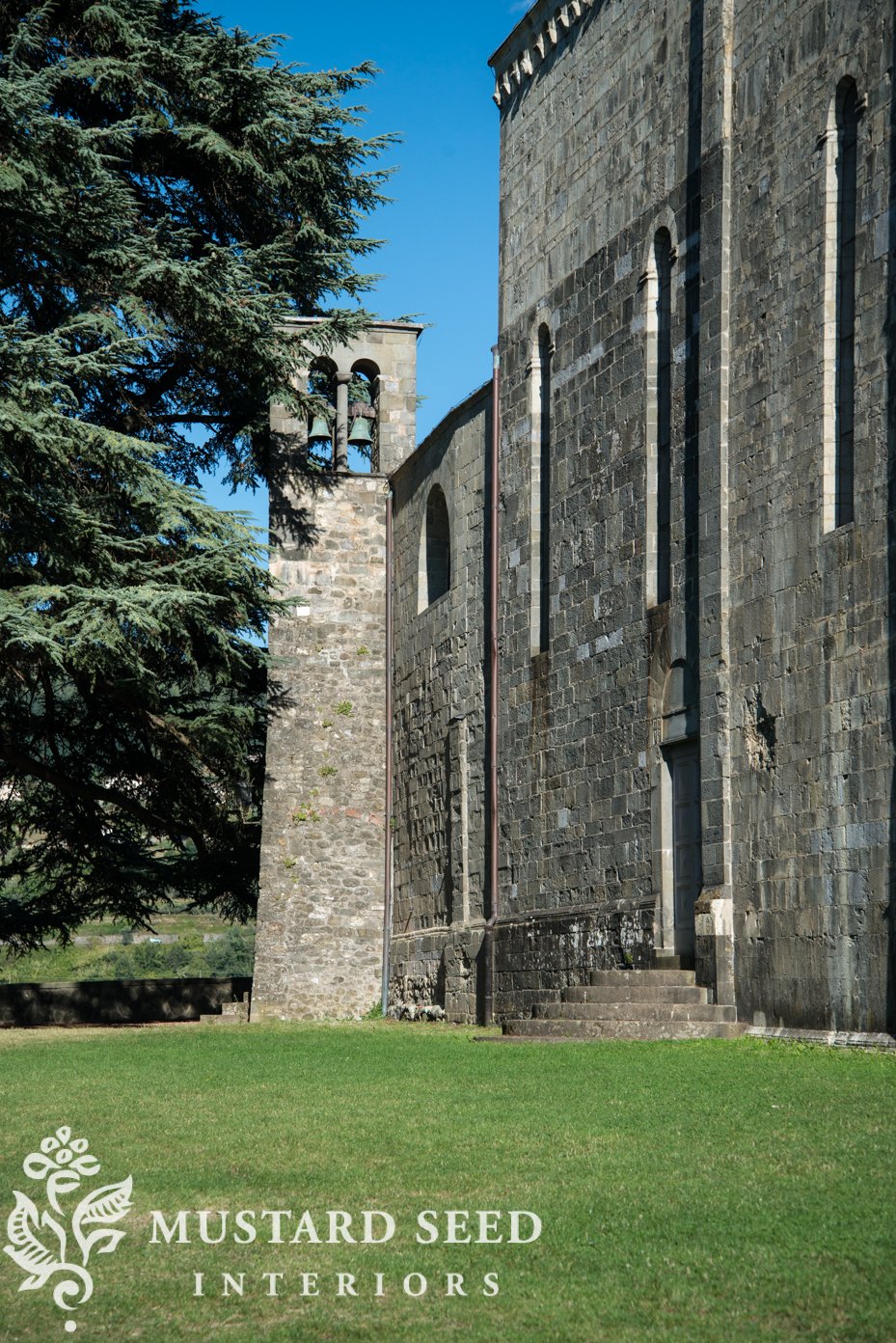 From the church grounds, the view was spectacular… 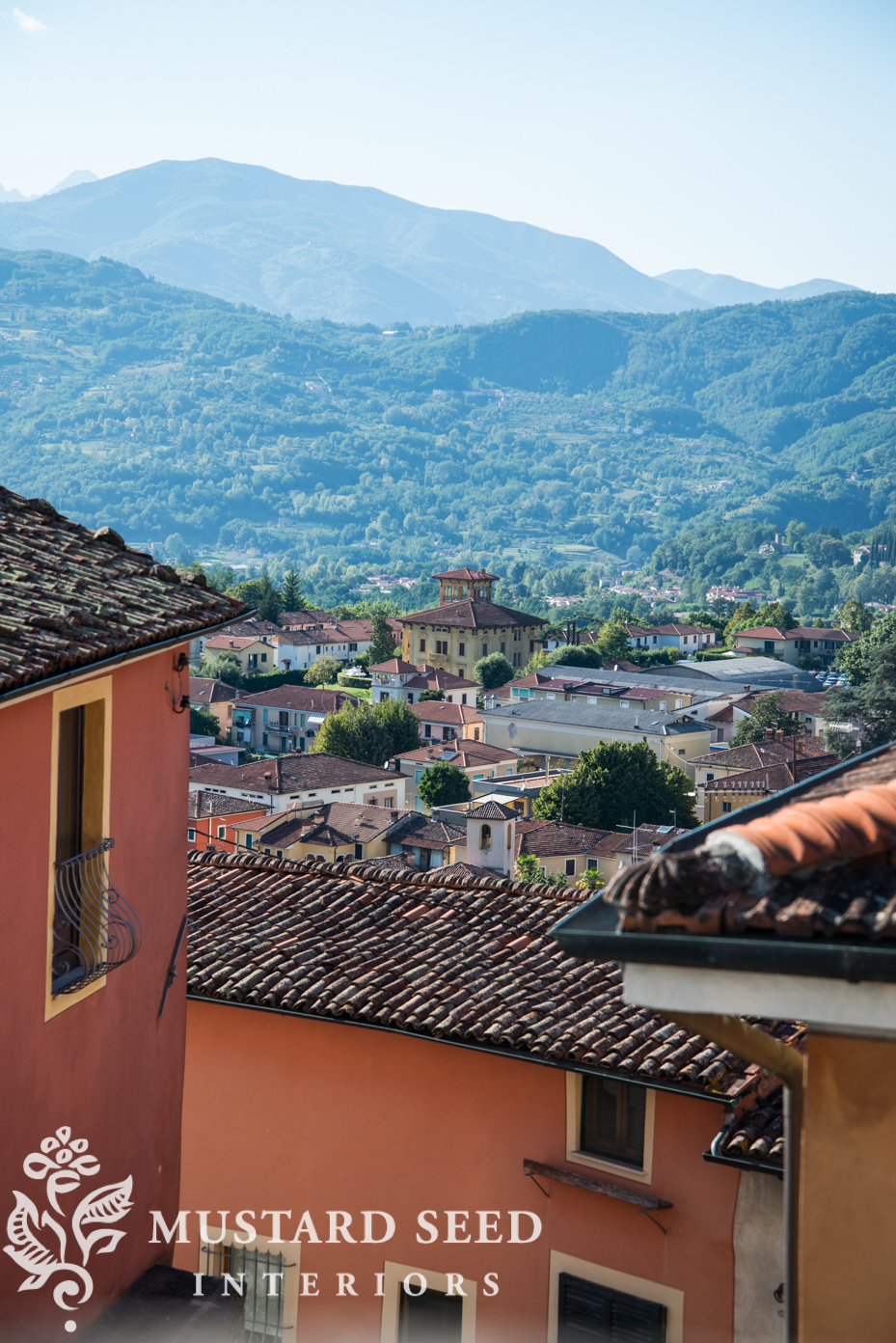 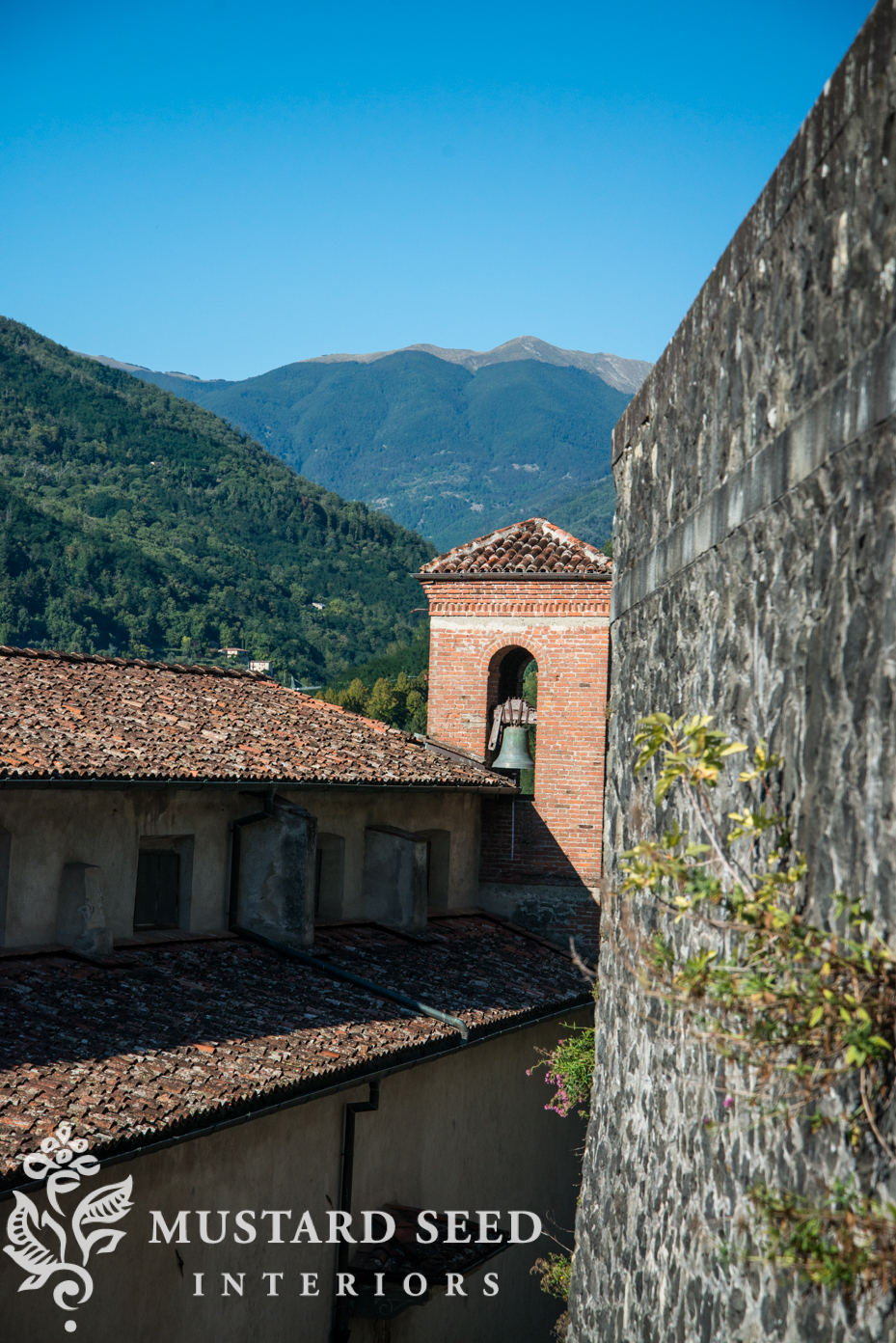 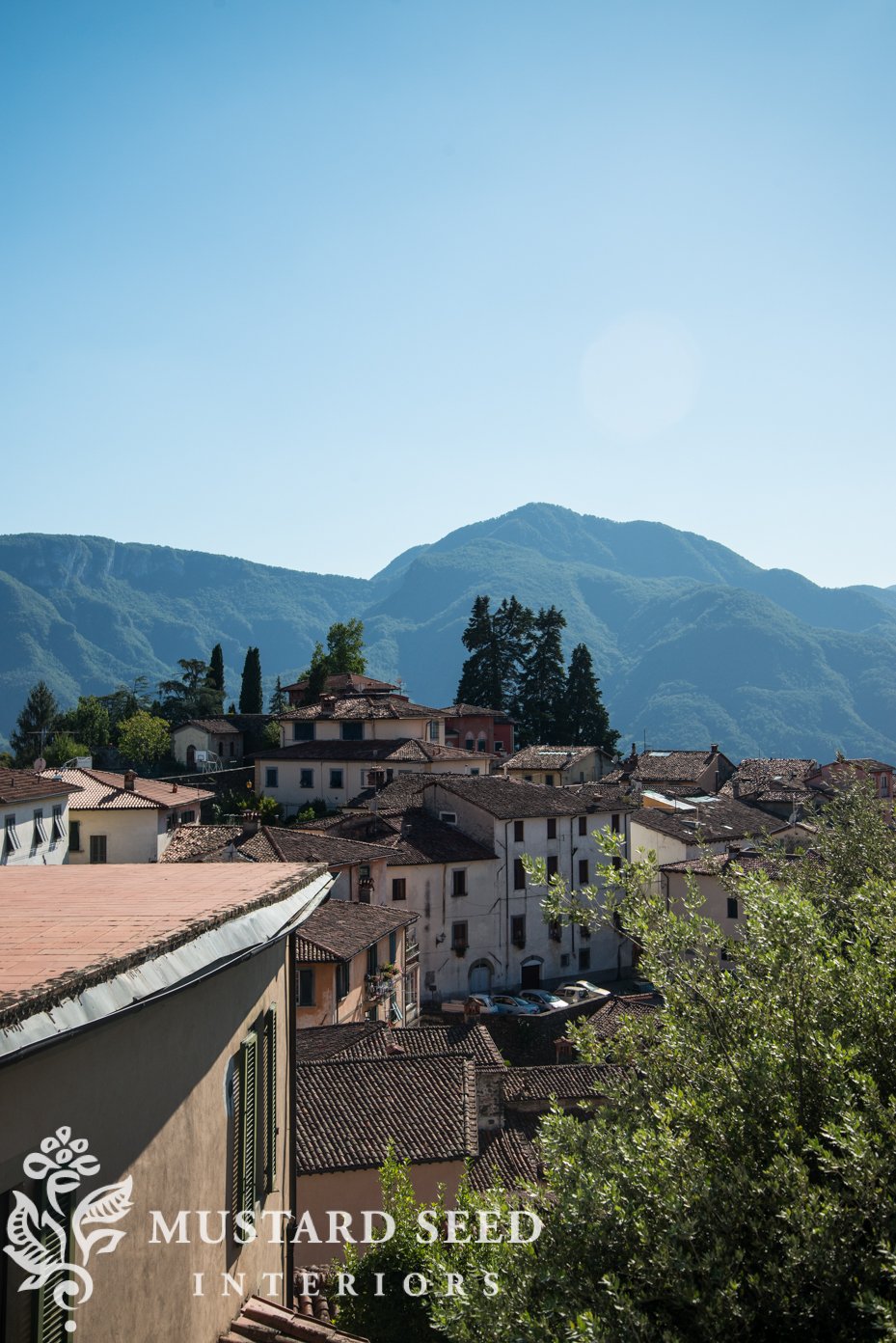 We meandered back down the hill and Keane stopped to tell us the story of World War II Buffalo soldiers who sacrificed their lives by guiding their own bombers to an enemy target.  This story was later incorporated in Spike Lee’s The Miracle at St. Anna.  In Keanes’s opinion, the story was not represented completely or accurately and he lamented that the story may not be told in film again since it’s already been done. 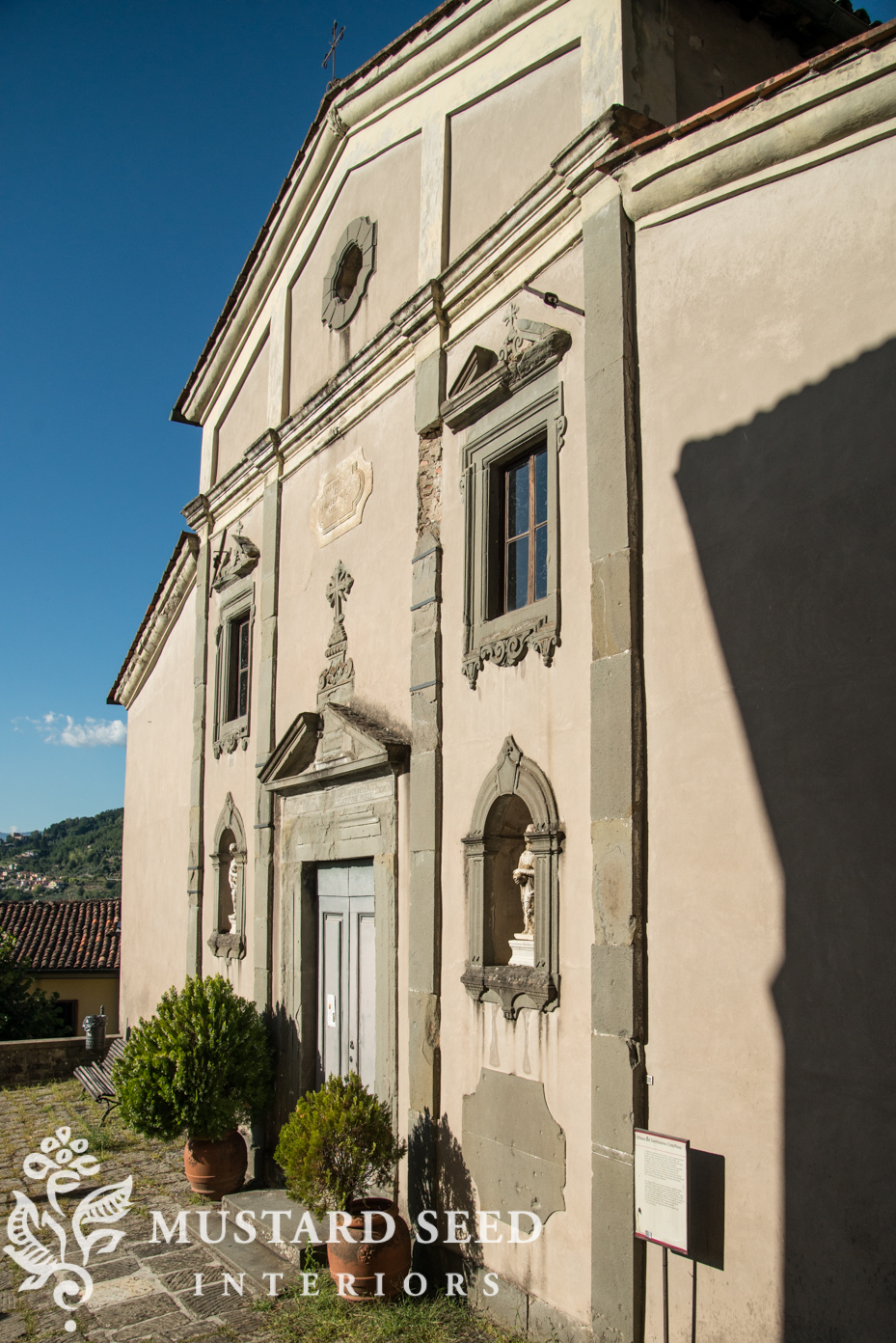 We ended the tour at Keane’s studio.  He is an artist in addition to being the local newspapermen and custodian of the community-built library.  I found his life of art and research fascinating.  He picks a passion project and works on it for a couple of years, before moving onto the next project.  One of his passion projects was putting QR code tiles on notable buildings throughout Barga.  He was even escorted by the local priest through the town on a motorcycle in order to have adequate permission to stick QR code tiles to 1000-year-old churches. 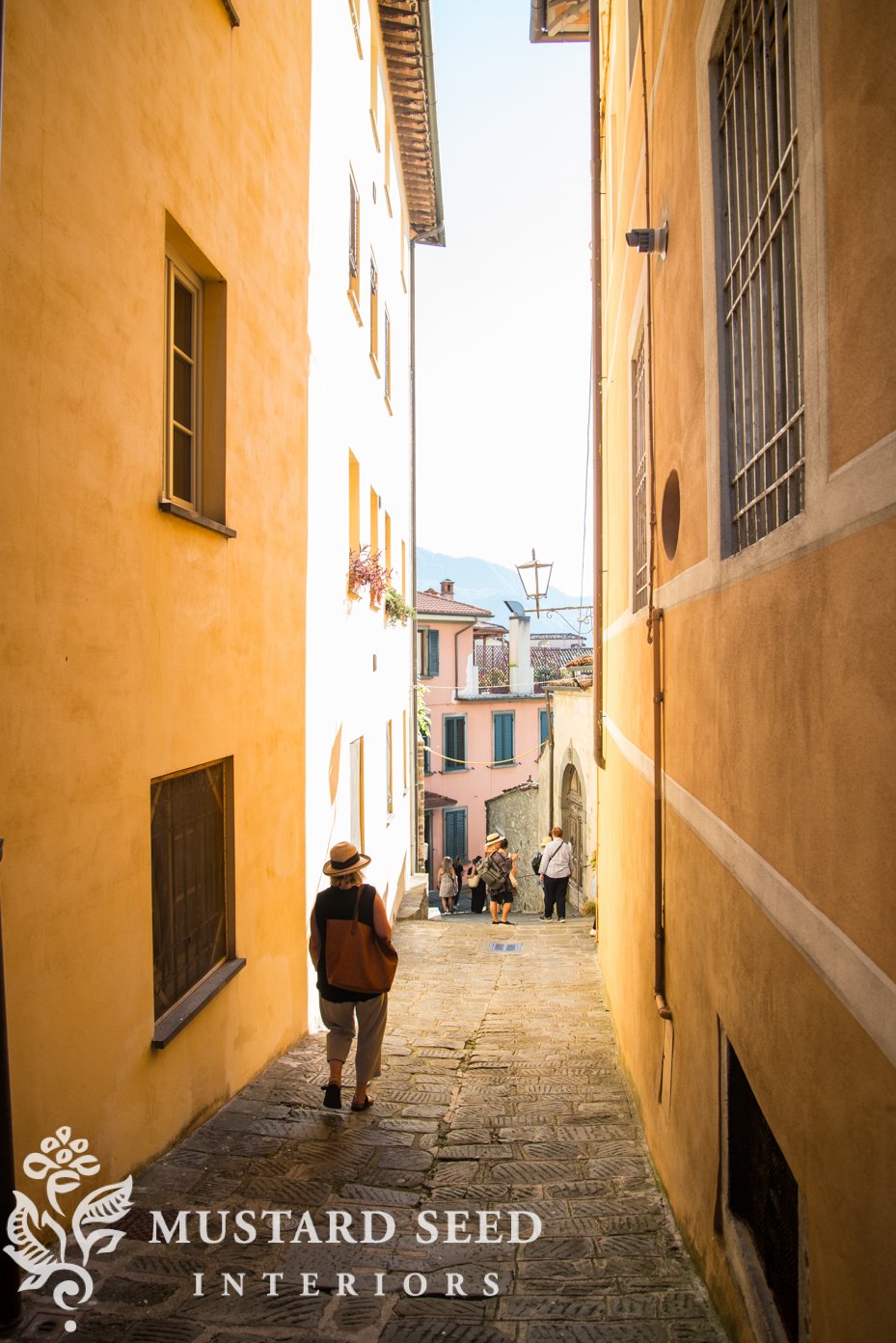 Seeing old, beautiful places is a feast for the eyes, but hearing the stories of the place, told by people who love it and call it home, is nourishing for the soul…