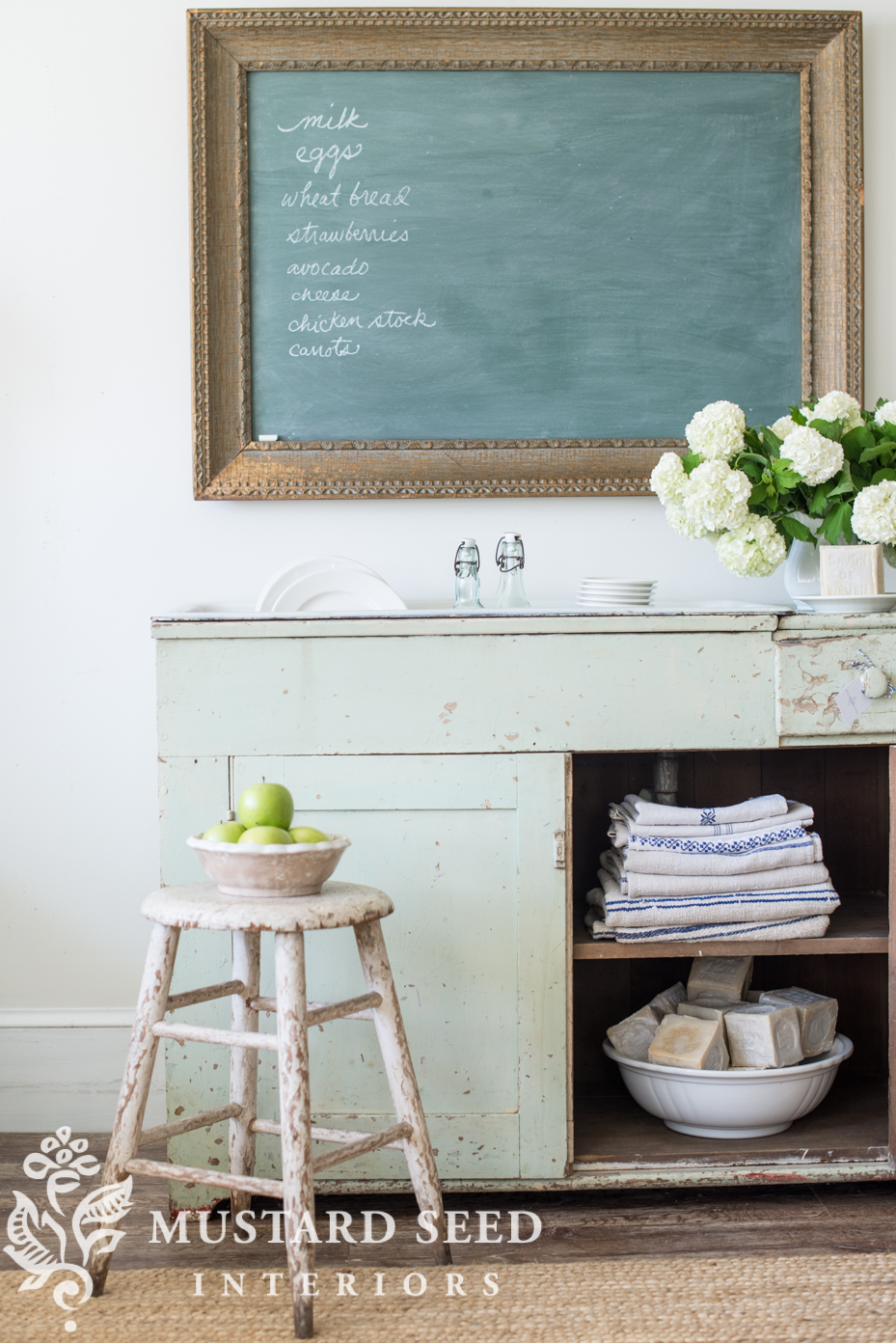 These napkins are actually antique linen napkins from my Oma.  They look quite lovely in the picture below, but they were actually a very yellowy-cream that I never cared for… 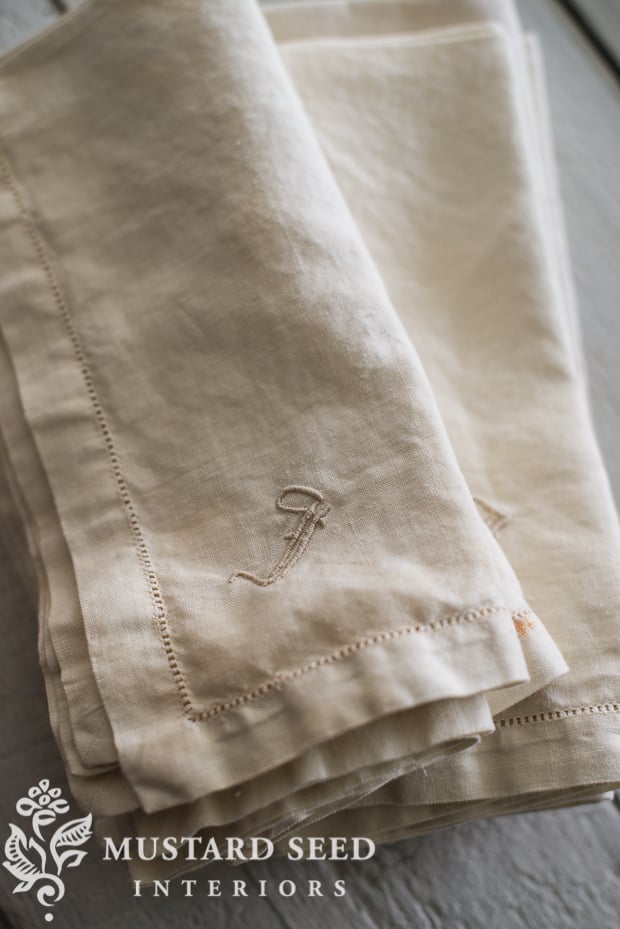 The color was so off that I never used them.  I always went to prettier white and cream linen napkins.  They are so pretty, aside from the color, and it was a shame they weren’t being used, so when I was working on an indigo dying project for a freelance client, I decided to “throw them in the pool”.

(As an aside, I was slightly insane and accepted six freelance tutorials that had to be completed in two weeks, just before Lucketts!  It definitely put the pressure on, but it was worth squeezing them in.) 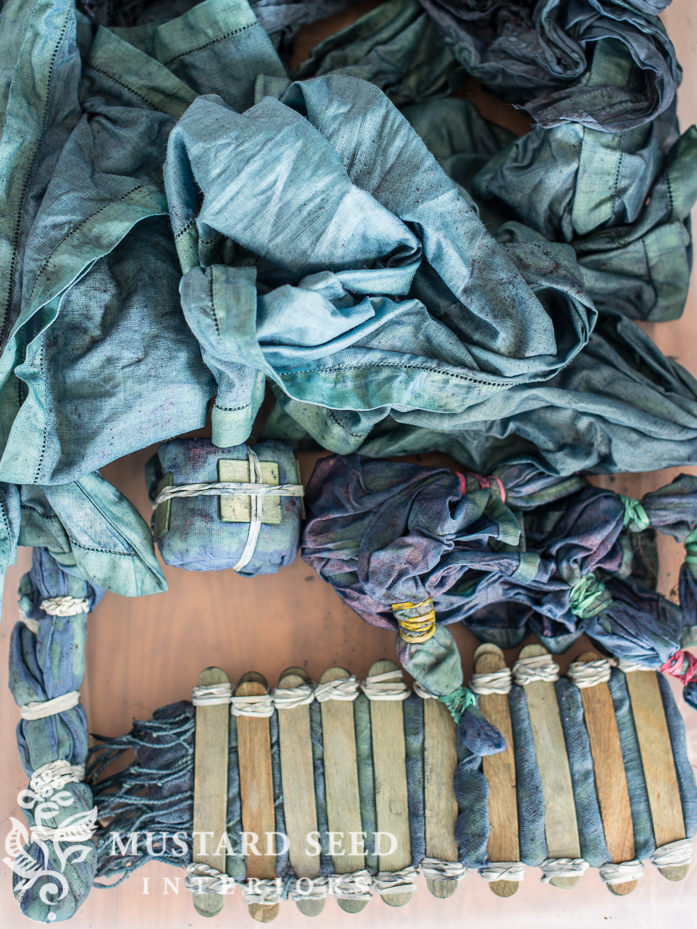 I have never done any kind of dying before, but I loved the idea of it, especially using an all-natural indigo dye.  I ordered some off of Etsy and did a ton of research to decide which approach I was going to take and which ingredients I was going to use.  (I do have to be able to communicate how to successfully repeat the project, after all!)

I wanted to keep the napkins looking traditional, so I opted to not create a resist pattern on them with rubber bands, popsicle sticks, etc.  I just dunked them in the dye; twice for a mid-tone blue. 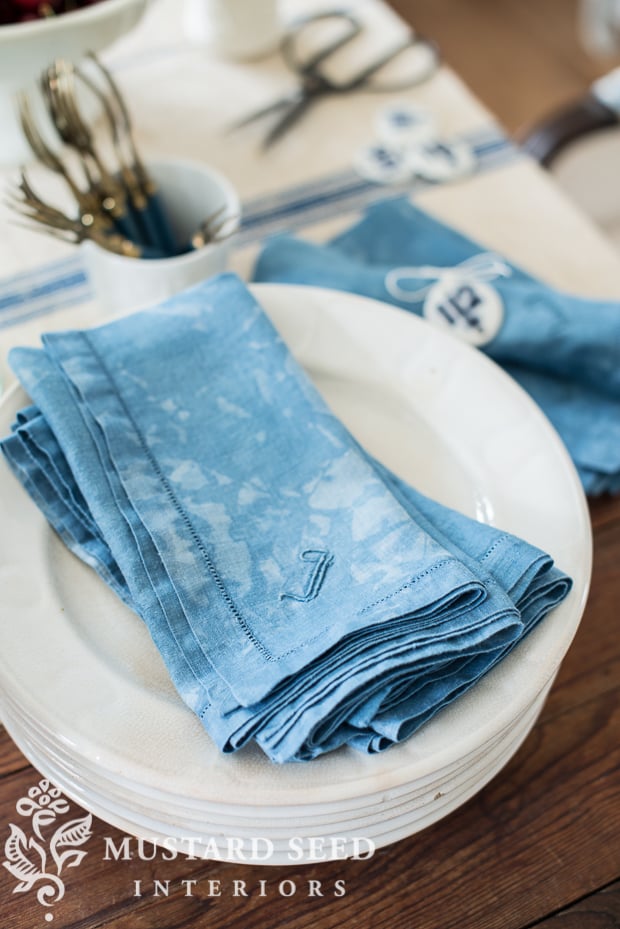 They turned out so interesting!  The way the napkins were wrinkled when they were dyed and dried show as variations in each napkin that give each one a decidedly hand-dyed appearance. 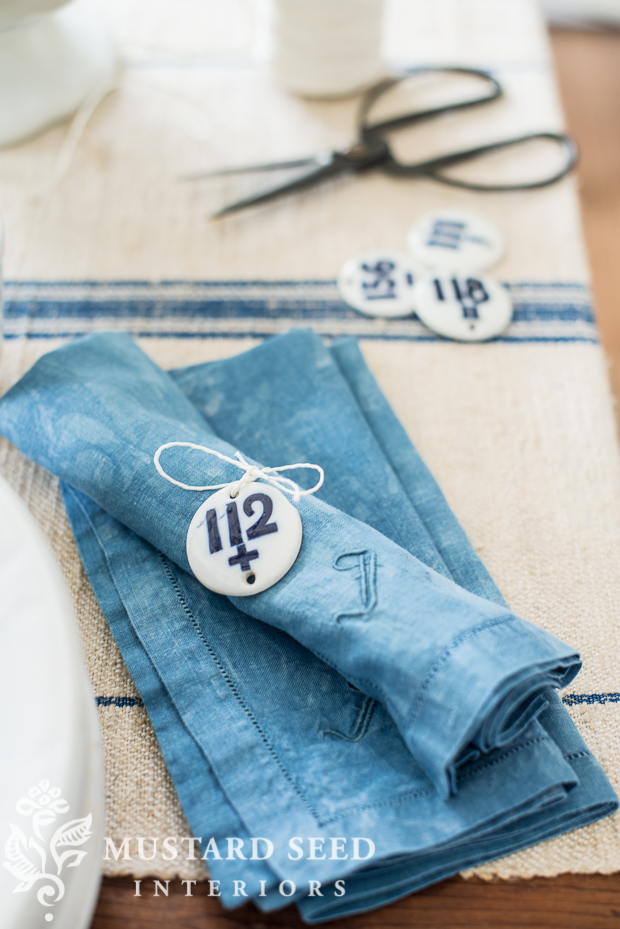 I love that I’m now going to actually use my Oma’s napkins instead of keeping them in a drawer.  I may even dye them again the next time I work on a batch of fabrics to get them even darker! 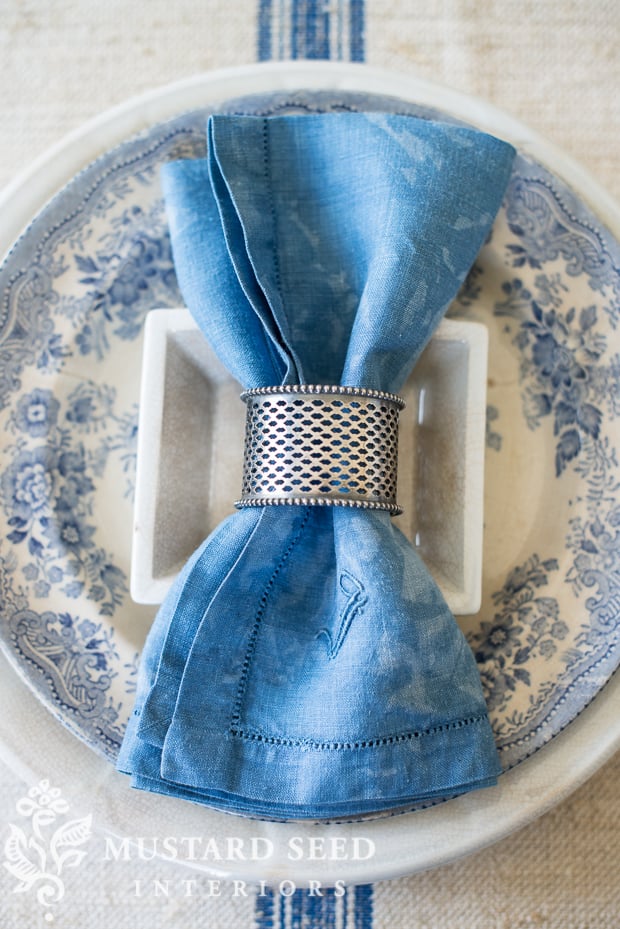 A full tutorial will be available on HGTV.com soon and I will link to it when it’s available.

Until then, I’ll offer up a few tips.

I was pretty overwhelmed at all of the instructions and different methods for indigo dying.  There are a lot of methods out there!  The instructions I followed were so specific about water temperature and the timing of everything that I was certain I would mess it up.  I found it to be pretty forgiving, though.  Ultimately, approach it like an experiment and try different methods until you find one you like the best.  This is the kind of project you’ll get better at the more you do it.

Since making the dye bath is the most time consuming part, have a lot of things ready to dye all at one time.  It’s just a better use of your time and energy to use the dye bath while it’s there.

Natural indigo dye does have a funky smell to it.  Not bad, just funky.  We had to work inside, because it was pouring rain outside, but if you’re not under a deadline, I would definitely suggest waiting for a pretty day with sun and a gentle breeze.  Between the steam from the dye bath and the funky indigo smell, the studio was…well, pretty funky on dyeing day!

Lastly, wear gloves anytime you handle the dyed linens until they are put in their final wash.  The dye will turn your hands blue.  I wore gloves most of the time, but didn’t when I took the linens out of their vinegar bath and my hands still turned a tinge of blue from doing that.

I did throw my dyed linens in the wash after the dye was set.  There was a lot of debate in various tutorials I read about whether they should be hand washed, not washed, tumble dried, etc.  I decided that I wouldn’t use anything that couldn’t be tossed in the washer, so I just went for it and everything turned out just fine. 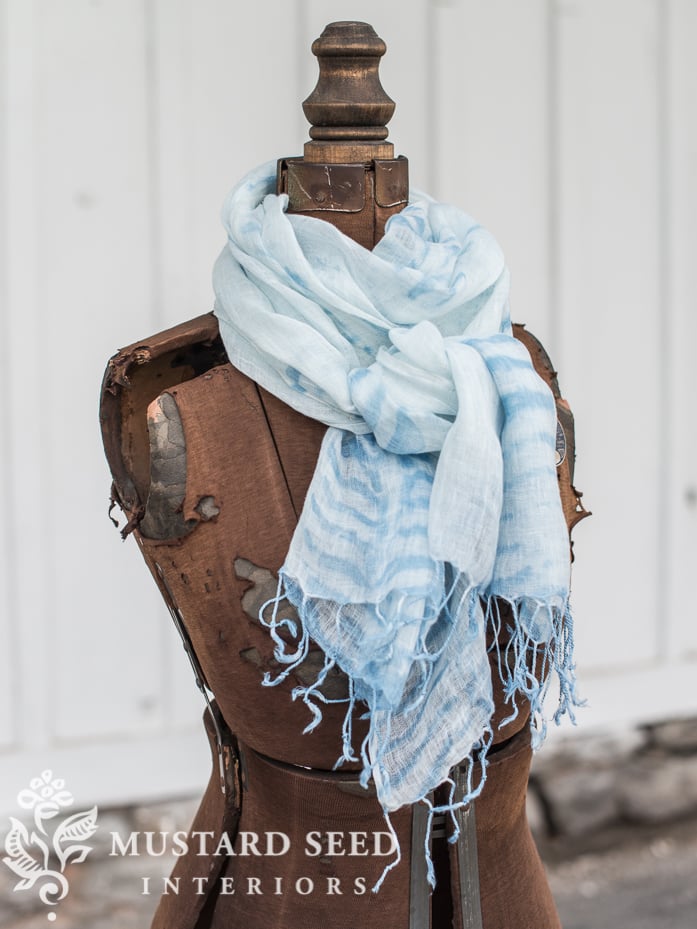 …a hand-dyed linen scarf.  I love how delicate it turned out.  I knew immediately it would be right up my mom’s alley, so I gave it to her.  I told her she needed to give it back, though, if she wasn’t wearing it, because I totally would!

Oh, and now that I’ve done indigo dying, I’m totally hooked!  Even though making the dye bath was a little tedious, I am already looking forward to doing it again.