I usually don’t put up my tree before Thanksgiving, but this year, I had some Christmas posts I committed to and putting up a tree was a part of that.  I’m no stranger to setting up a tree at odd times, though.  And late November isn’t odd compared to some of the times I’ve had a tree up.  One year, I had our tree up until February (for a magazine shoot), and then another one set up in April (for freelance projects), and then again in September (for retail), and finally in December for, you know, actual Christmas.

Needless to say, my boys, who were quite young at the time, were a bit confused.

So, back to this year’s tree.  I started with the wool pom-pom garlands (which I have collected over the years.)  The tiny ones were from Anthropologie, maybe three years ago.  The larger poms are from West Elm and Hobby Lobby.  Unfortunately, West Elm doesn’t carry them any longer!  Hobby Lobby has some, but they may only have a few strands.  (And sorry to the people who shop at Rochester North Hobby Lobby…I bought all four.)

And I quickly added a few ornaments…some mercury glass ones I got from Pottery Barn a few years ago (similar to THESE, but mine are smaller and came in a set of 12) and tin houses bought at Michael’s last year.

But the tree was looking a little boring.  It needed just a little bit of color and texture. 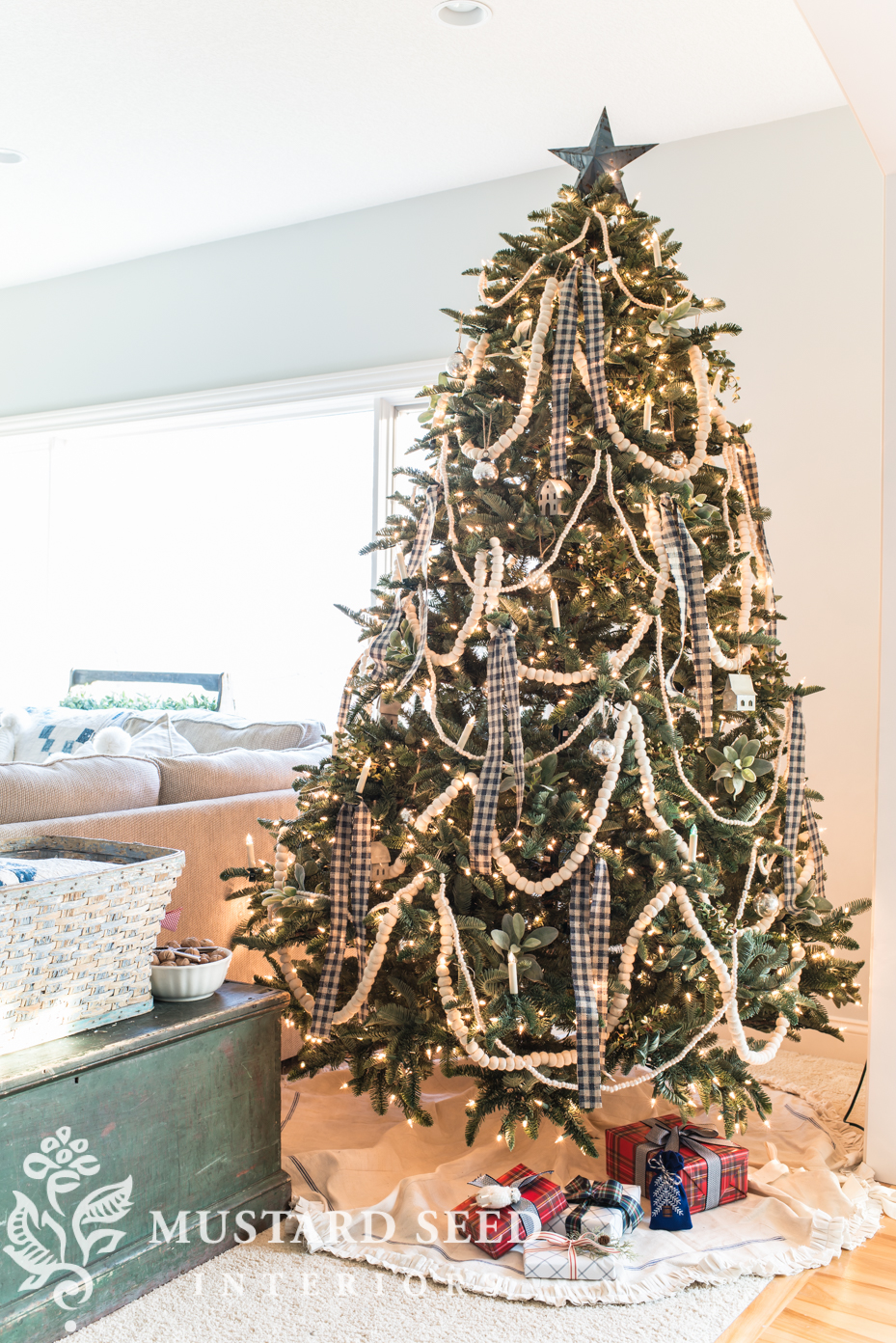 The idea started with the checked ribbon I used on the small trees I put on the mantle.  I had some excess, so I cut it into long strips and tied it loosely on some branches. 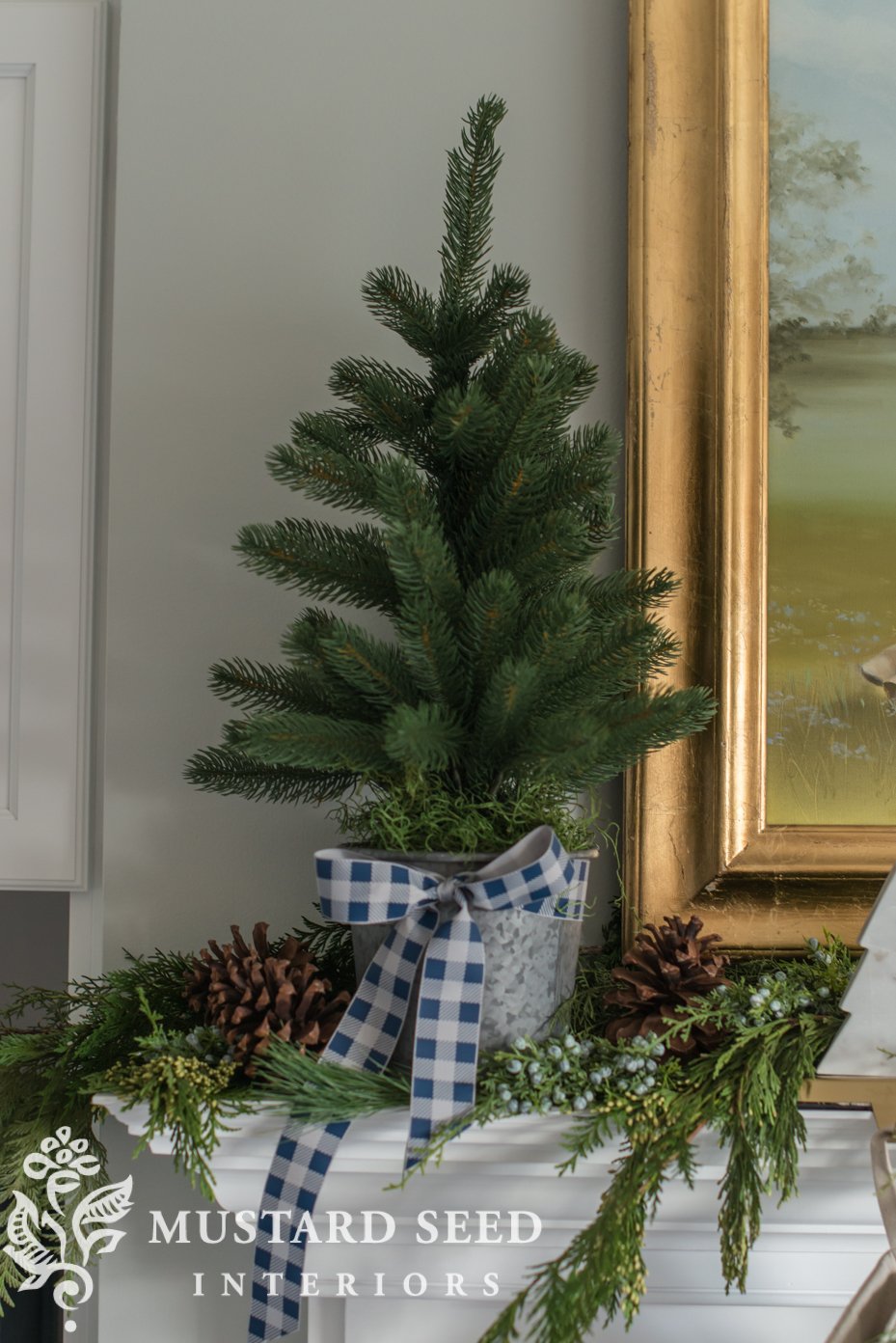 I sort of liked it, but I only had enough for three ribbons.  So, I went to Etsy to try to find more of the checked ribbon.  Unfortunately, the shop owner is shutting down and only had a couple of yards left.  I ordered those, but I knew it still wouldn’t be enough.

I looked around for more blue and cream checked ribbon.  No luck.

Hmmmm….but I do have blue checked fabric!  I decided to try cutting it into some “ribbons” and see how it worked.  It looked almost exactly like the ribbon and certainly gave the same effect. 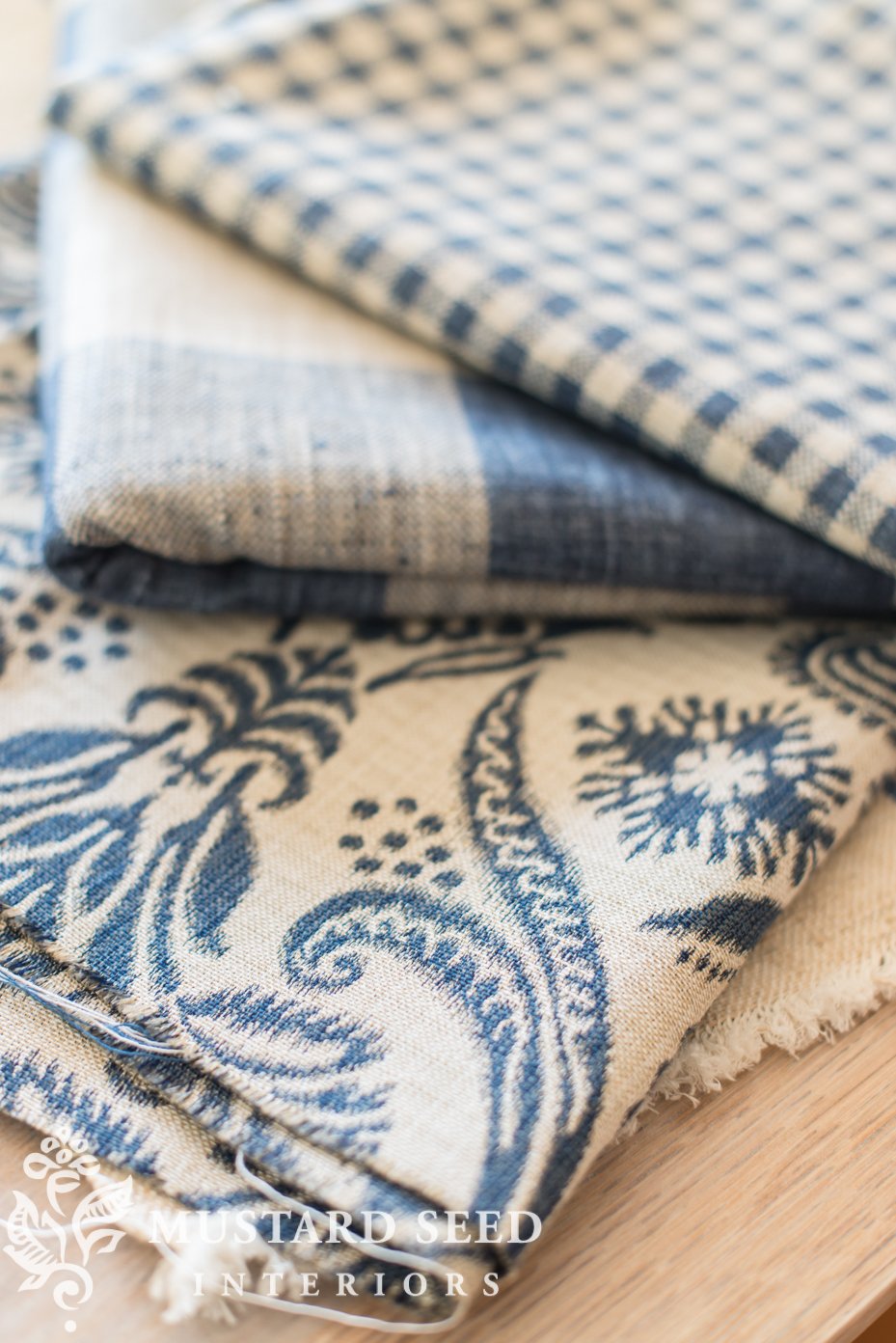 I tied one on and waffled between really liking it and thinking it looked too much like 1990’s country.  Like it was the display in a store lit only by waxed-covered flame bulbs that sold potpourri, candles, and reproduction primitive dolls. 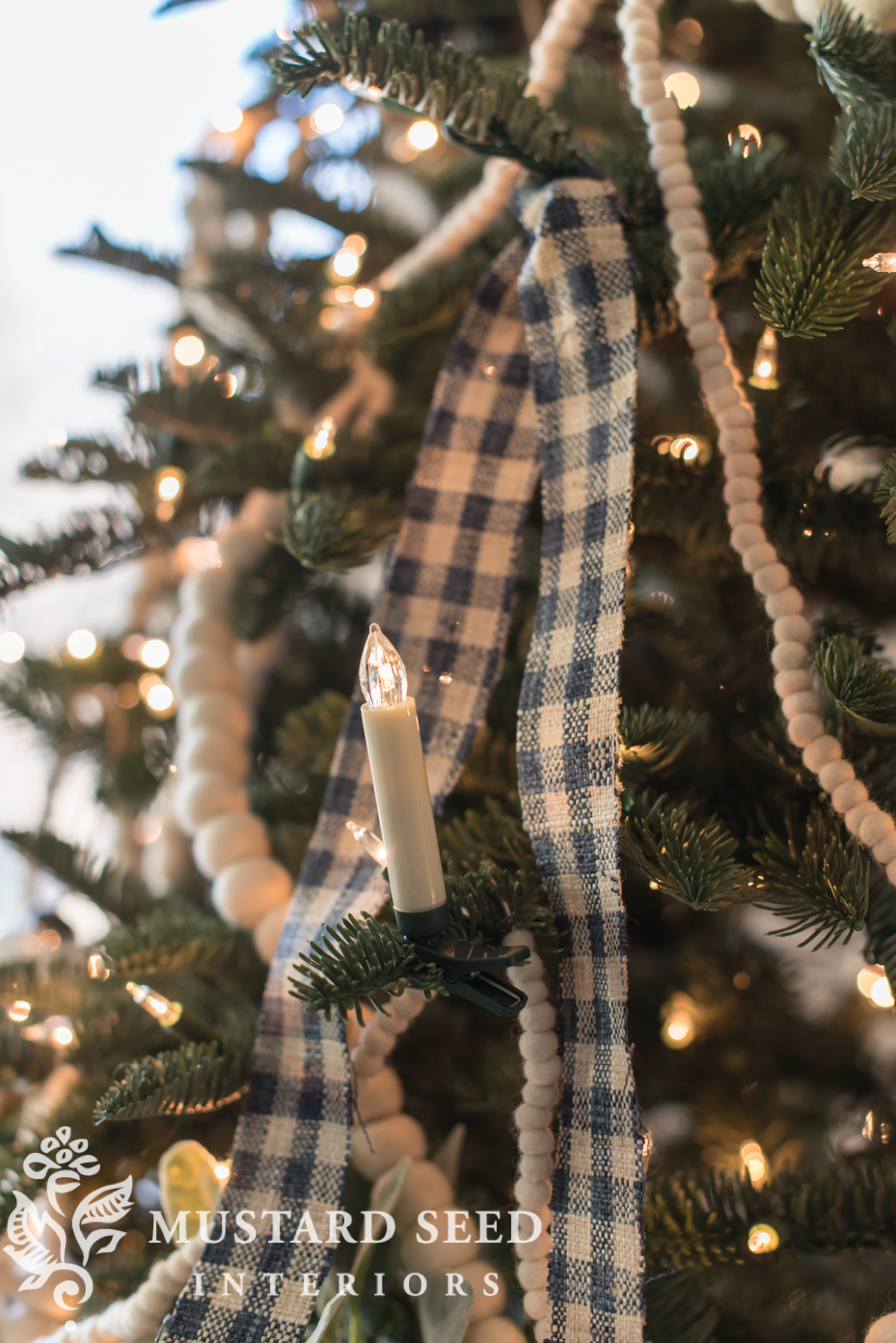 But, I decided to go with it.  1990’s country?  Hmm…maybe.  But what I liked is that the tree looked unique and homey and I think the make-shift checked ribbons had a lot to do with that.

And, besides, if Full House is back on TV and Keds are cool again and hunter green is making a comeback…

Well, why the heck not?