Do you remember that baby pram I shared last week? 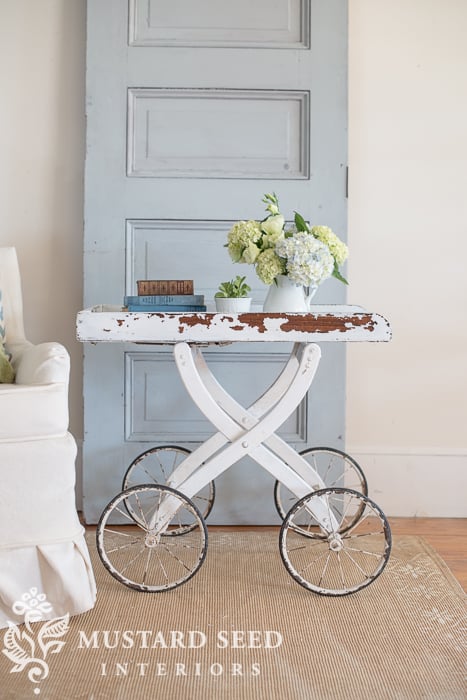 Well, now it’s a side table!

I spot these pretty carriages/prams regularly while I’m out shopping and they always tug at my heart.  Those wheels, the craftsmanship, the generations of babies that may have been pushed in them.  I almost always have to stop a minute and appreciate them, but I never buy them.

The reason is that they aren’t functional at all!  What in the world is the average person going to do with it in their home unless they have a doll collection to display.  I’ve tried to think of practical uses for them, but I’ve never come up with one.

A funny little story…  a few years ago, someone gave me a beautiful 1950’s navy blue and chrome pram that was in almost mint condition.   I was so in love with it, but I didn’t know what to do with it.  For a long time, it just sat in our dining room and one of our cats napped in it now and then.

One day, I wanted to take my youngest son, Calvin, for a walk, while Marshall was at preschool.  I got him all ready and stepped outside, only to see that Jeff had the van with the stroller in it.  Well, I eyed that pram and decided to take it for a spin.  That’s what it’s for, right?!

So, there I went, walking around the neighborhood, pushing this huge 1950’s pram with my baby inside.  I felt like I was pushing a caddy and should’ve been sporting a crinoline and red lips.

Anyway, I spotted this one and, as usual, was pulled to it.  The wheels were so perfect and, because the basket was pretty rough, it was inexpensive. 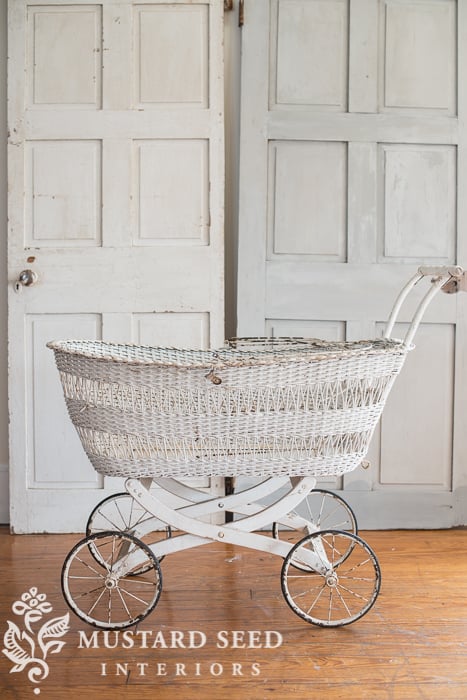 As I looked over it, I realized the basket had a wood bottom and sat flat on the undercarriage.  This could totally be a table.  I went inside and looked around, thinking the idea was a little too nutty to pull off well.   But, I kept thinking about it and decided to go for it.

I removed the basket from the undercarriage with a screwdriver and pliers.  It took more time than you would think, because the hardware had been painted over at least once, so we had to battle it out.  I won in the end, though. 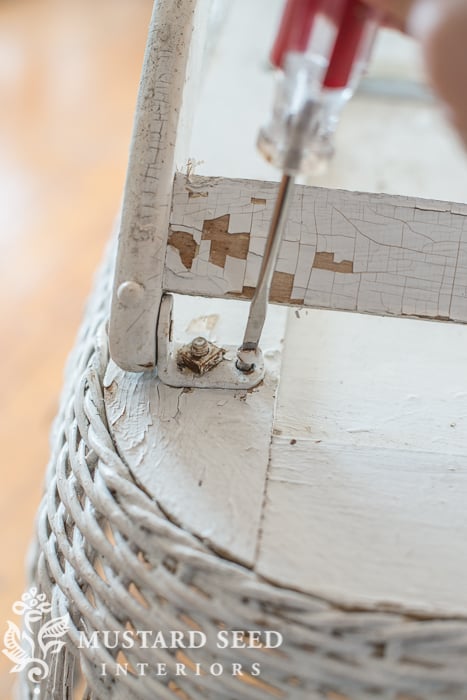 I then simply screwed the hardware into an old wood tray I had.  I painted it in two coats of MMS Milk Paint Ironstone without sanding or adding the Bonding Agent, so it could chip.  I liked the idea of it being chippy, so it would blend in with the wheels.  I brushed a bit of Ironstone over the legs as well, so the color would be uniform.

I distressed the paint and sealed the entire piece with Tough Coat, which is our topcoat that is best for sealing chippy pieces. 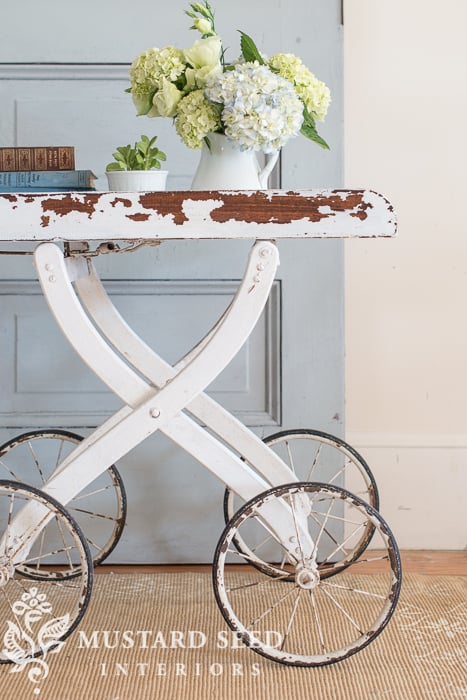 I left the carriage hardware intact, so the table can actually be lowered!  I had to offset the tray a bit in order for the hardware to work, but I think it works, especially since the tray isn’t symmetrical, either. 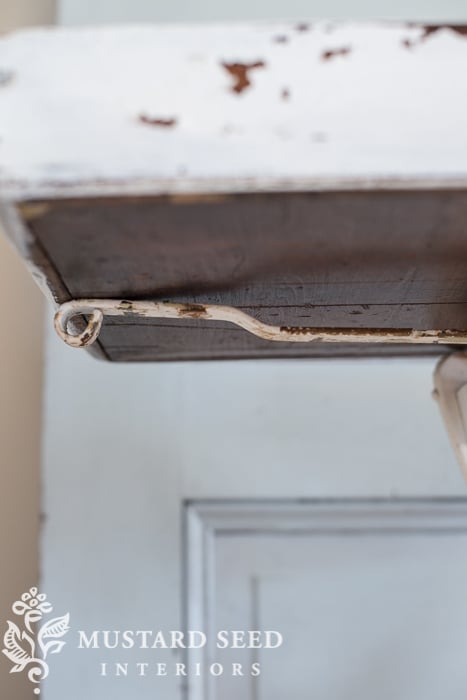 We have everything done for Megan’s Office Makeover and she came to pick it all up today to put it in the room.  We’re nearing the final reveal…