I hope you had a wonderful weekend!  Jeff was on a backpacking trip, so I busied myself with the boys and doing some work around the house.  The combination of warmer weather and creative inspiration from Junk Bonanza has me excited and motivated to cross things off the to-do list and start to add some more layers to rooms that have the “bones” in place.

I’ll share more about what I’ve been working on in future posts, but today, I wanted to share the next step in the Farmhouse White table makeover.

After the second coat of MMS Milk Paint in Farmhouse White (you can read about that HERE), I let it dry and waited to see if it would chip as I thought it would.  It did! 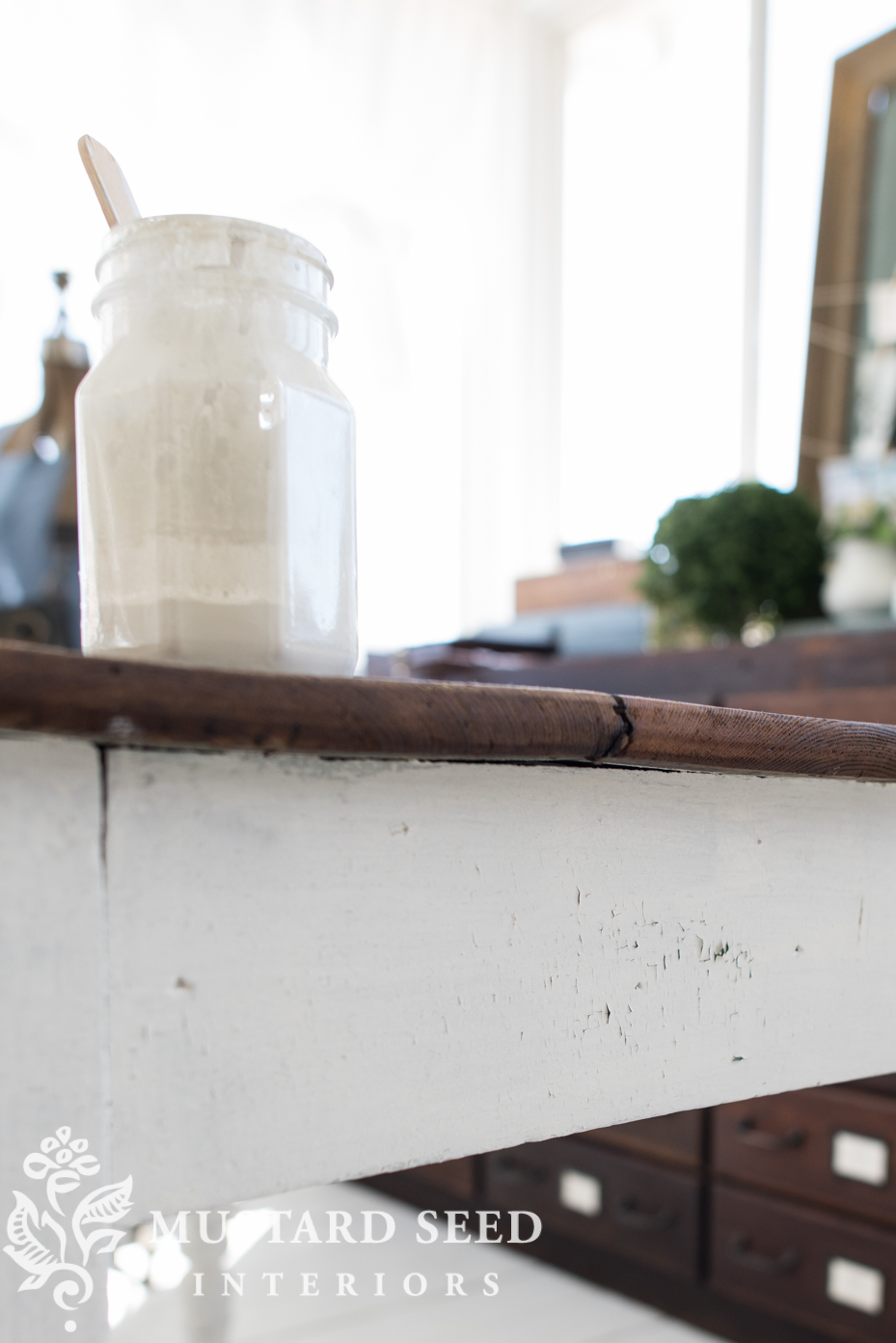 And the chipping was perfect, because it was pulling up the not-s0-pretty brown paint to reveal that yummy green, which looks to be the original paint color.  (Or at least the first if not original.) 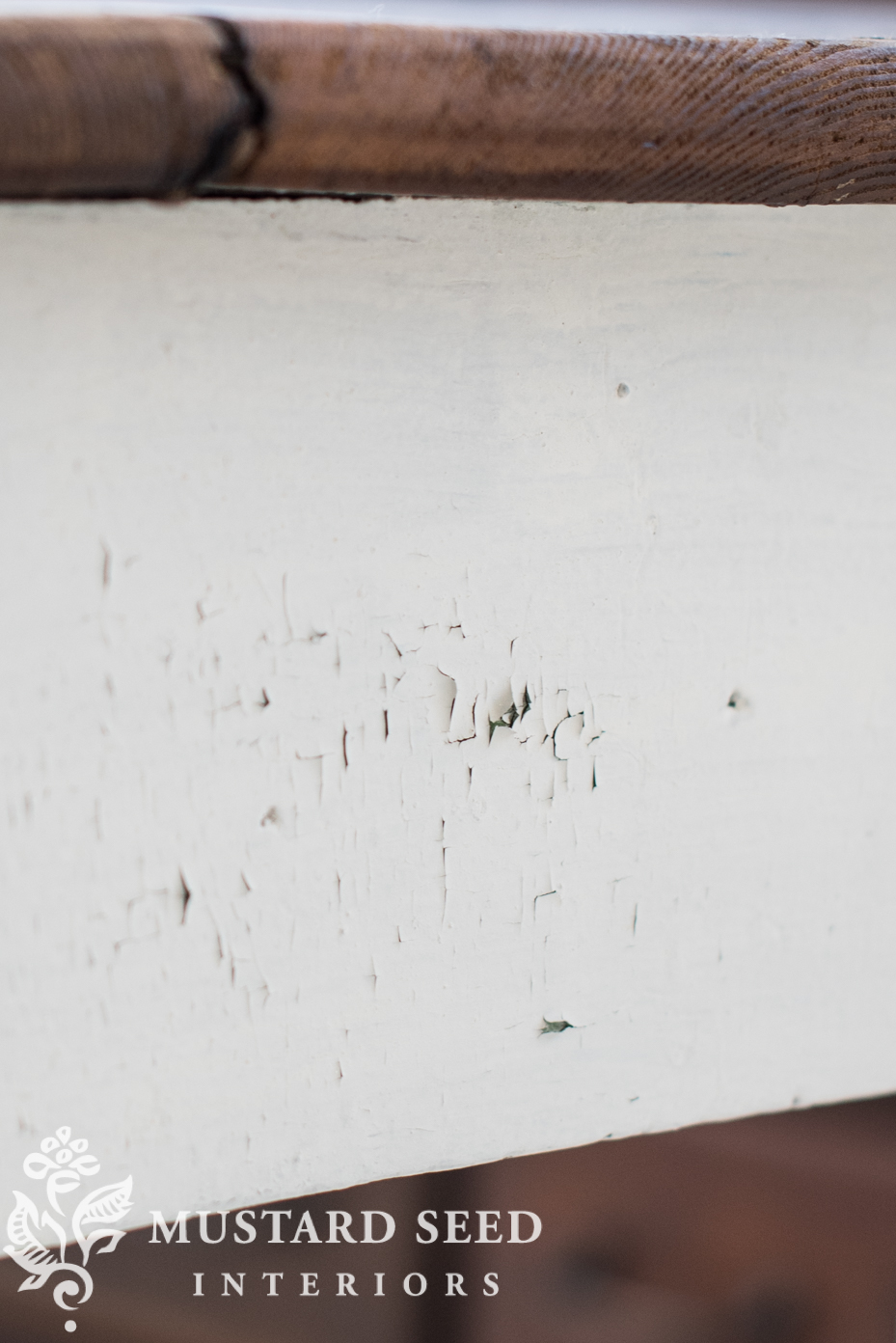 I made a video showing the process of distressing the chipping paint and to also share some information about chipping in general – what pieces will wear the chippy look well, how to get the chippy look, and how to avoid it.

I got a little chatty in this video, but there was a lot of information to cover!  And, as I said in the video, when done right, this look is so authentic.  I mean, would you believe this was a fresh coat of paint?! 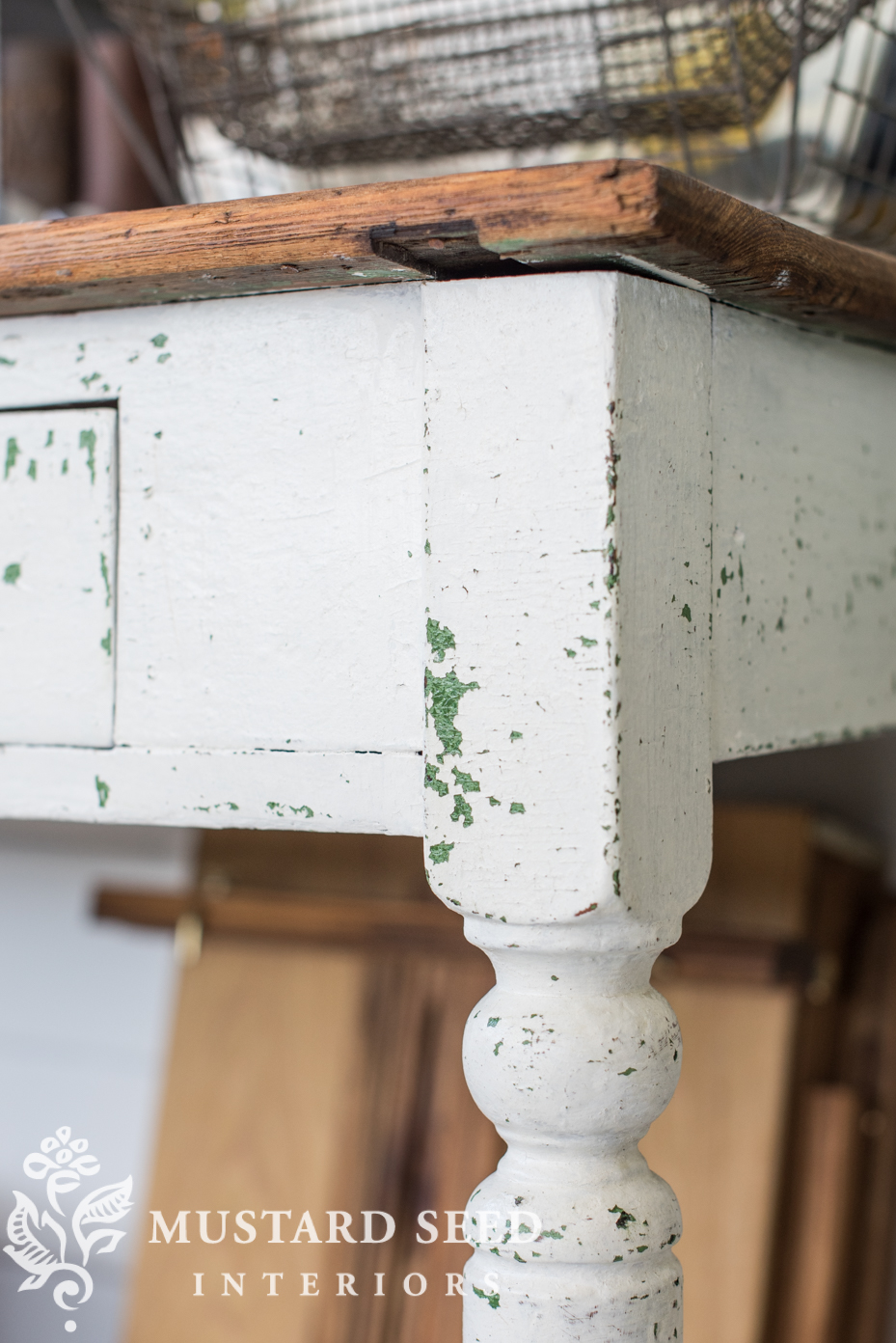 Those who “get it”, get it.  Those who don’t will think it still looks like it needs to be painted!

Also, I was asked about the stool I use for painting.  I found a wheely stool at an antique store a few years ago and my mom convinced me to buy it.  It quickly became “the most popular seat in the house” in the studio and I bought two more when I came across them.  The one I’m using in the video was the favorite of the bunch, since it rolls well and has a wider base.

If you ever come across one of these, pick it up!  It’s very useful when working on any home project that’s low to the ground. 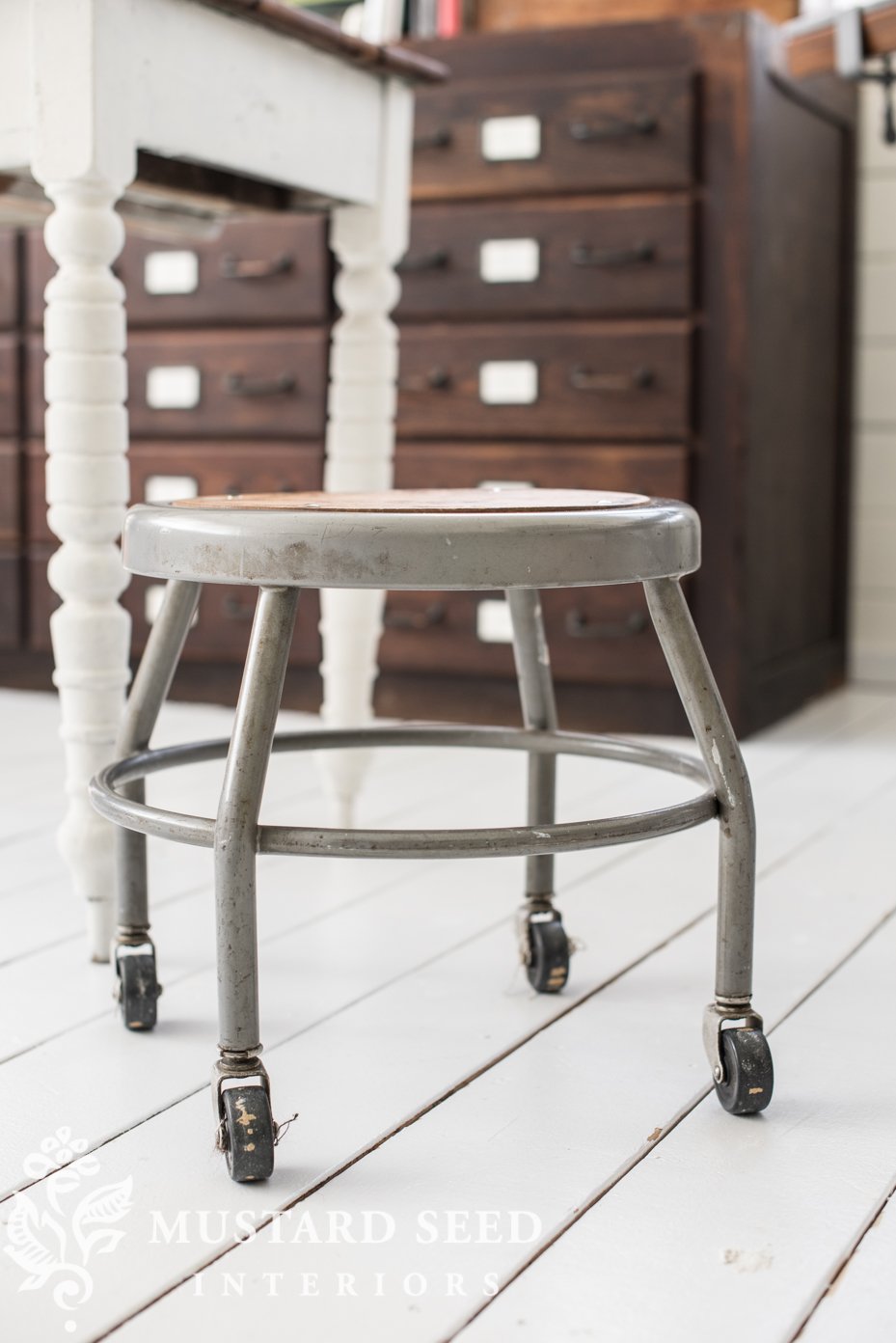 In the next installment about this table, I’ll share the finishing and final reveal…