I hope you had a great weekend!  We had beautiful warm and sunny weather that was beckoning us to a family hike, but we really needed rest and had some chores that needed to be done, so we threw open the windows, pressed through our work, and then just chilled.  It’s amazing how much energy a dose of sunshine and some warmth can bring in mid-February!

Anyway, I received some questions on my blog and Instagram about the box easel used as a prop in the landscape wardrobe shoot, so I thought I would share.

I actually looked at vintage and antique easels, but opted to buy a new one that was made in the traditional French box-easel style.  I ordered the Martin Julian full-sized French box easel from Amazon.  I would like to get a full-sized studio easel soon, but I liked the idea of getting a smaller, portable easel that I could use at home, in the studio, or outside. 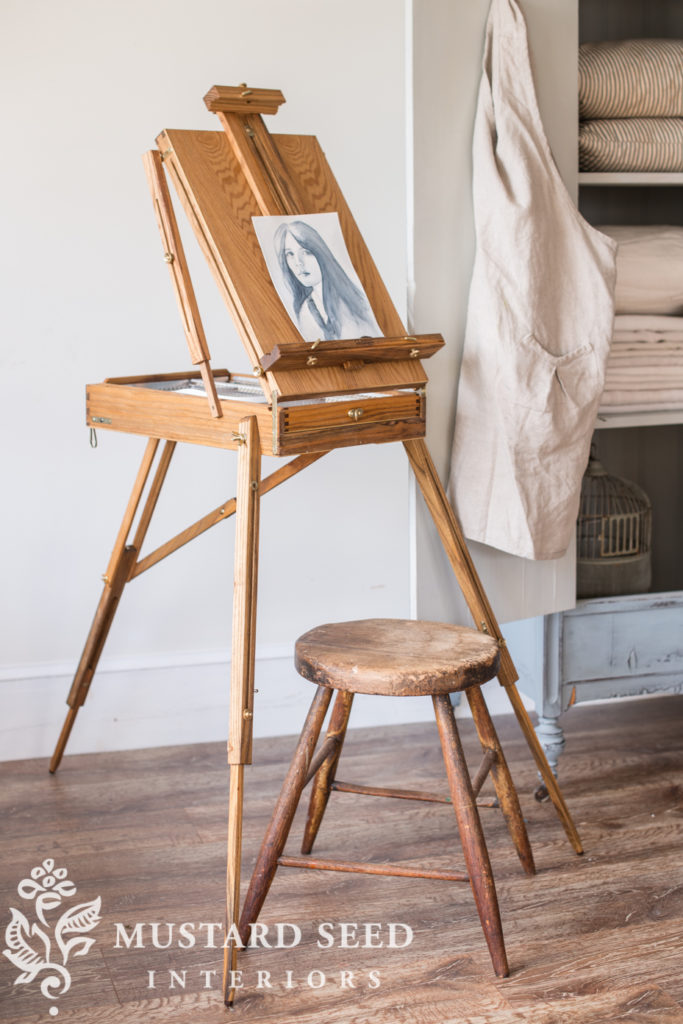 I haven’t had a chance to use it, yet, but I already know that my neck and back will appreciate having my paper or canvas at eye level, instead of on a table top!

And, as I found out in the photo shoot, it just looks cool and makes a great prop!  A nice little bonus for someone who takes pictures as often as I do.

And speaking of the studio, we’ve been bustling lately.  It’s hard to believe we have a pretty nice stash built up for Lucketts, but we do.

My order of French soaps came in last week and I piled them up in an antique enamel baby bath I found on craigslist. 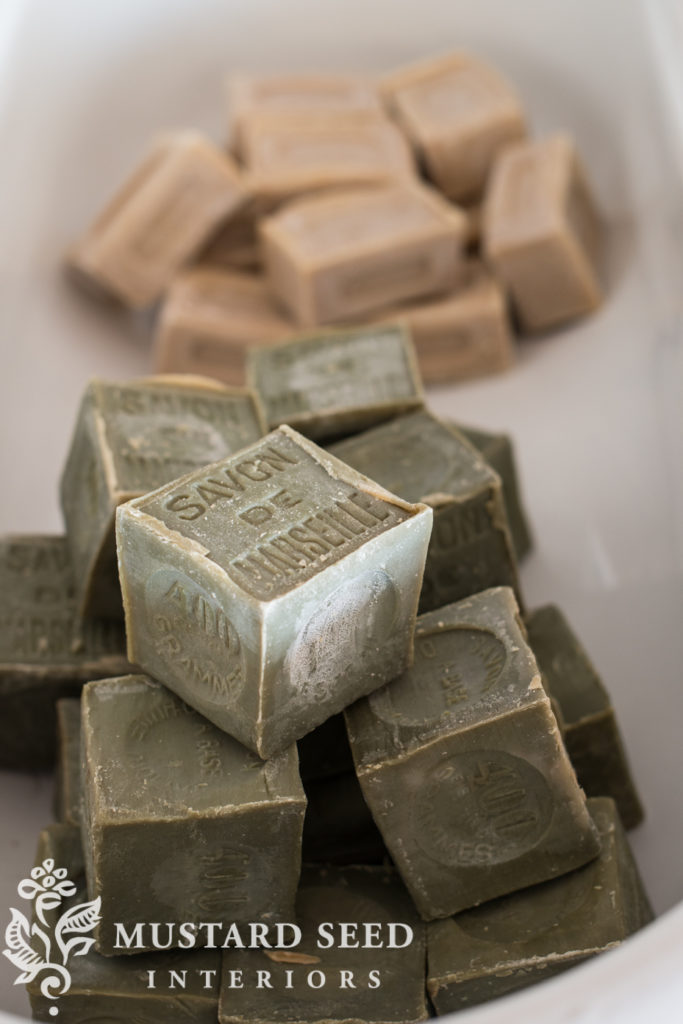 Last week, we also worked on cleaning and pricing all of the ironstone… 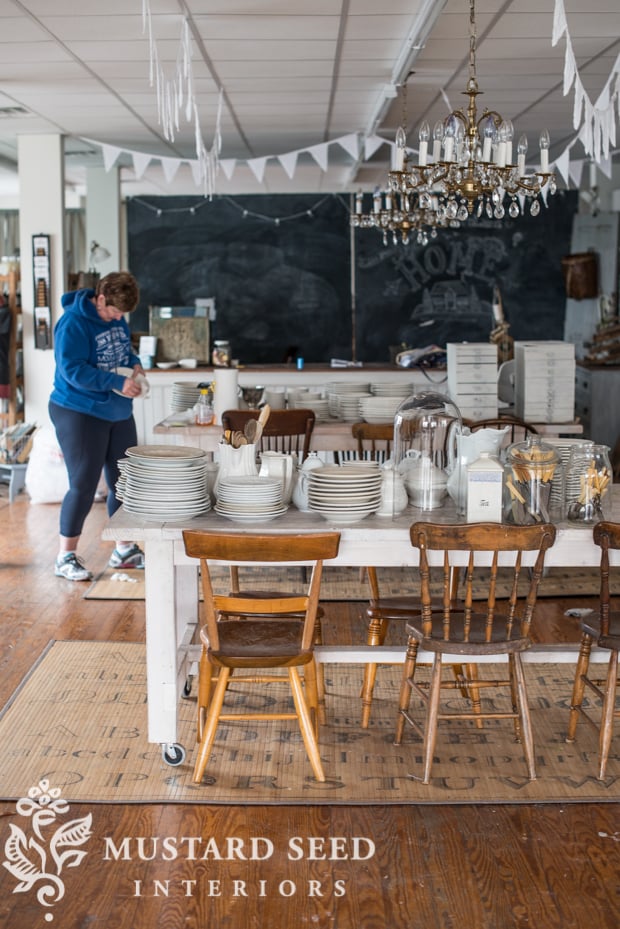 Each of those sweet little hearts had to be wiped off by hand! 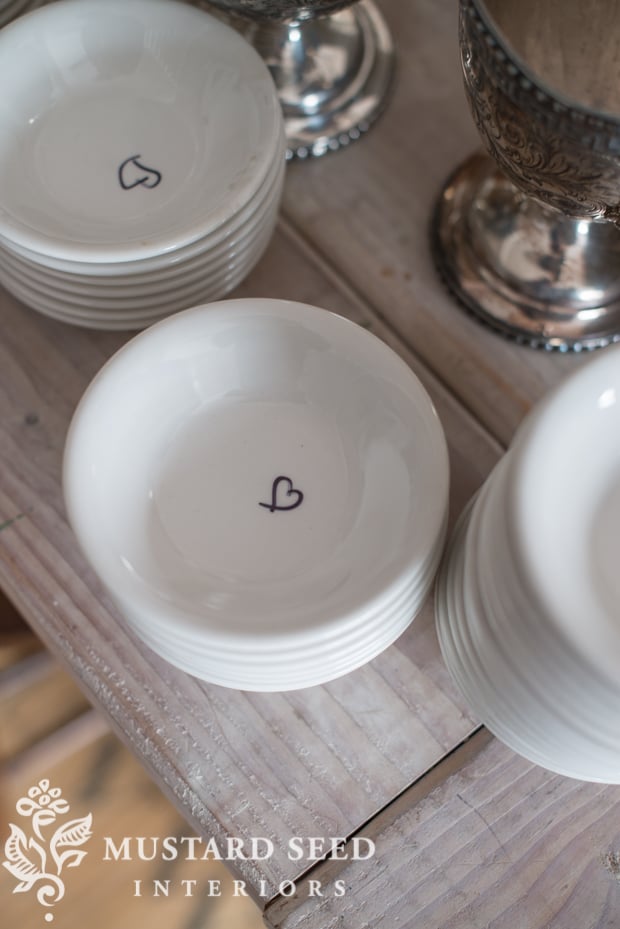 But now everything is all priced and stacked, so I can get a sense of what we have so far. 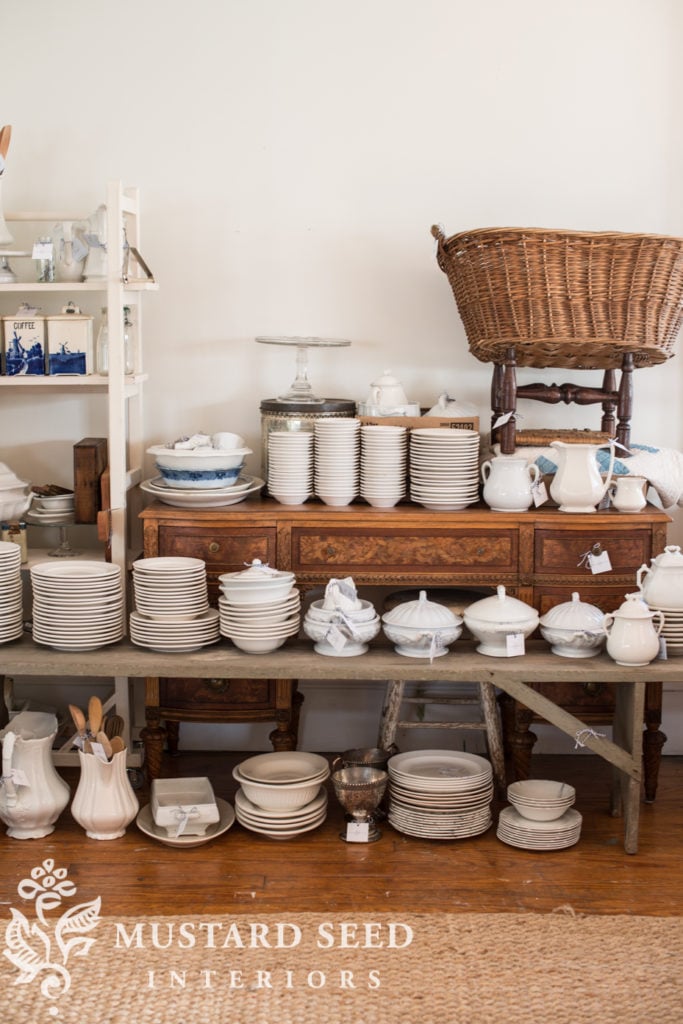 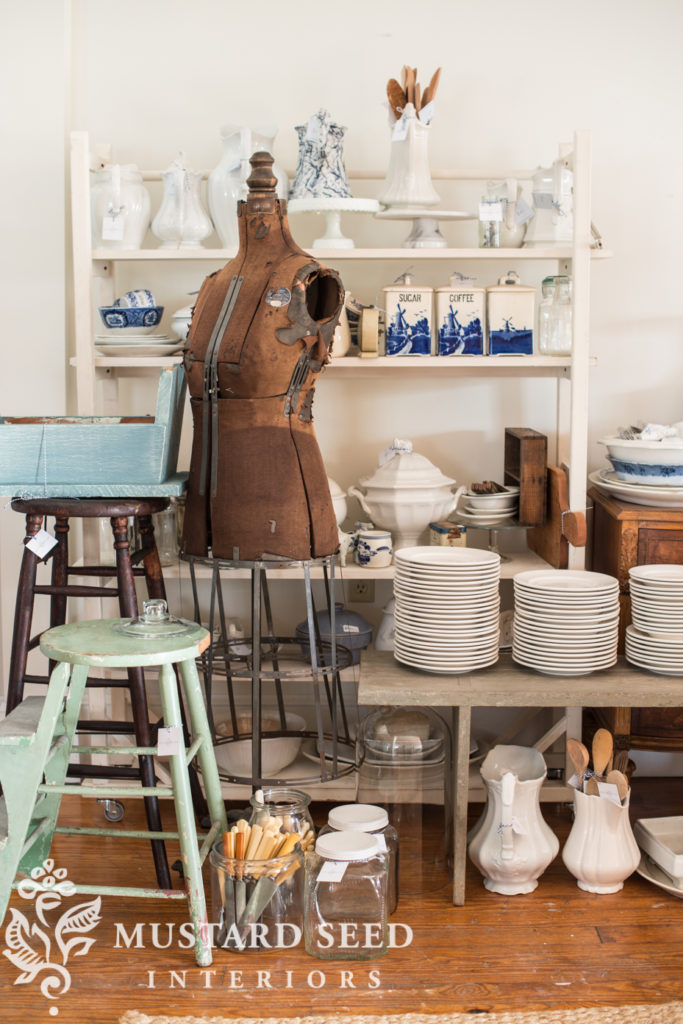 Clearly, I have lots of ironstone! 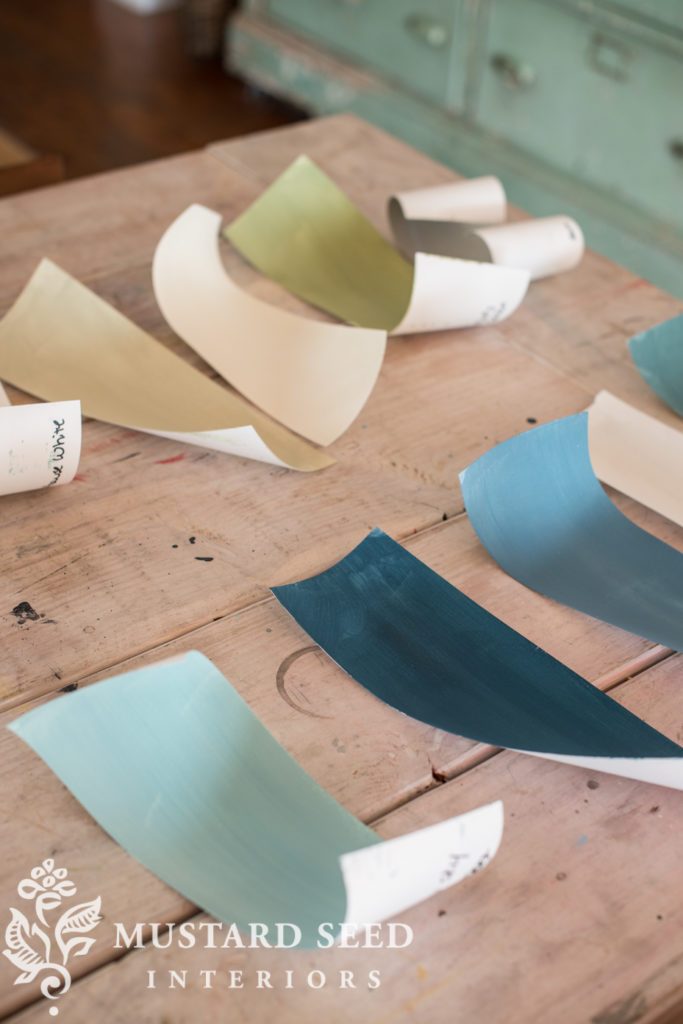 I should be able to share more about it soon.

To end last week, I did some design work and tidied up the studio.  It was getting to be a bit of a mess and I find that I need things to be orderly and relatively clean to foster creativity.

The boys have off school today, but I’m looking forward to getting back in the studio tomorrow!