Years ago, I spotted an antique crib used as a daybed in a magazine, I think Country Living or Country Home, and I was immediately in love.  I hunted for one and finally came across an antique metal hospital crib for $50 at the Old Lucketts Fair (not to be confused with the Lucketts Spring Market). 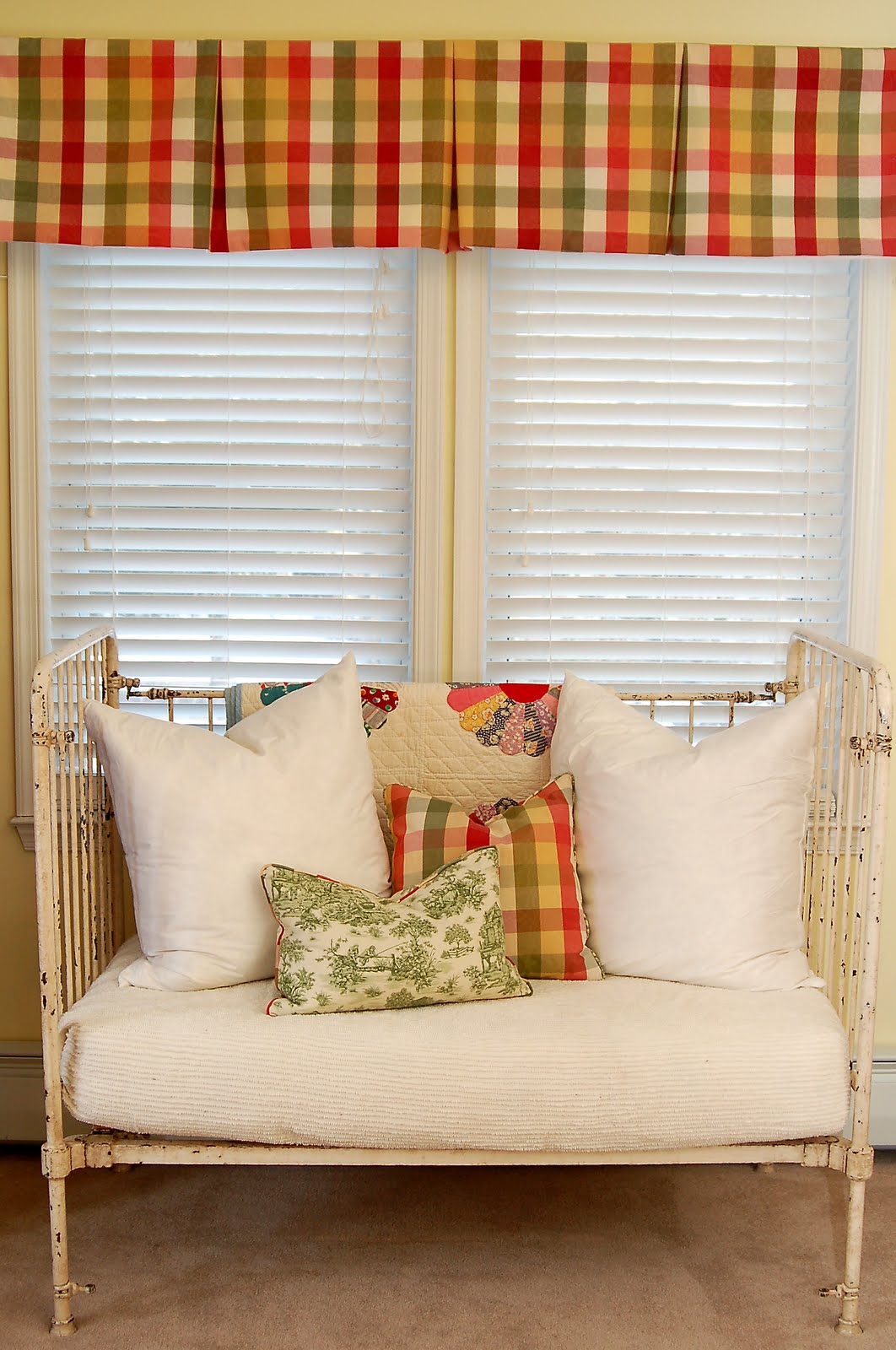 Just for fun, here is what that window looks like today… 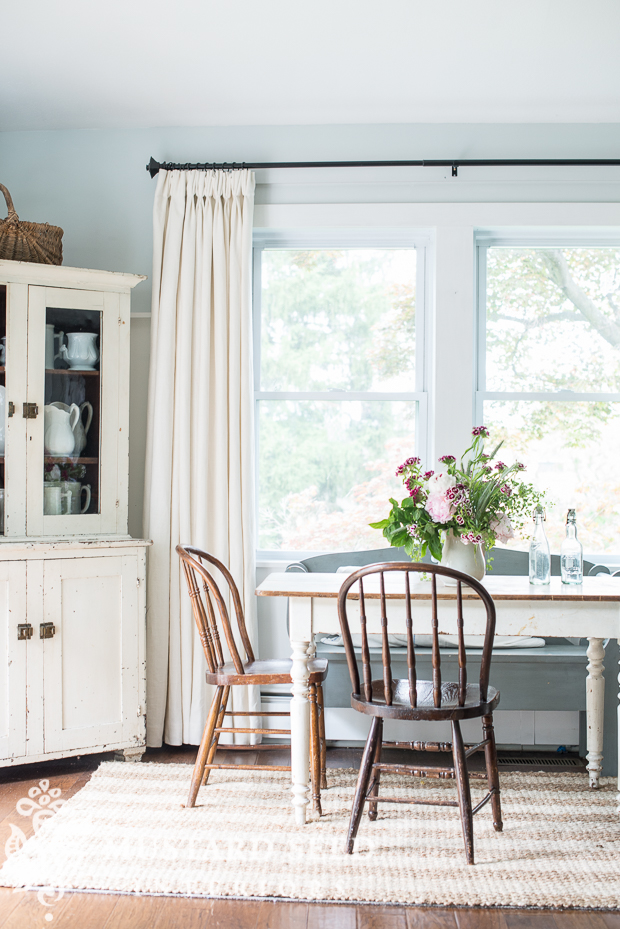 Anyway, that crib was one of my favorite I-will-never-ever-sell-it pieces.  We even used it as our “sofa” when we lived in Jeff’s parents basement as he worked on his undergrad degree.  Jeff loathed the thing, mainly because it made an entirely impractical and ridiculous sofa, but space was limited and it’s what could be wedged between his desk and the wall!

Well, once the boys came along, I became a little nervous about the lead paint and the fact that the back rail had a tendency to fall without much warning.  It seemed a shame to banish it to the basement and I was learning to let go of things…even things that I love.

And I have kept an eye open for another one ever since.

I have spotted plenty of cribs, but none of them have ever been enticing enough to actually buy.  Until I spotted this sweet maple Jenny Lind spool bed on craigslist.  I would tell you the price, but I’m planning on reselling it…  I will say, I got it for an amazing price.  Just think of a ridiculously low price and then cut that in half and you’re probably in the right neighborhood. 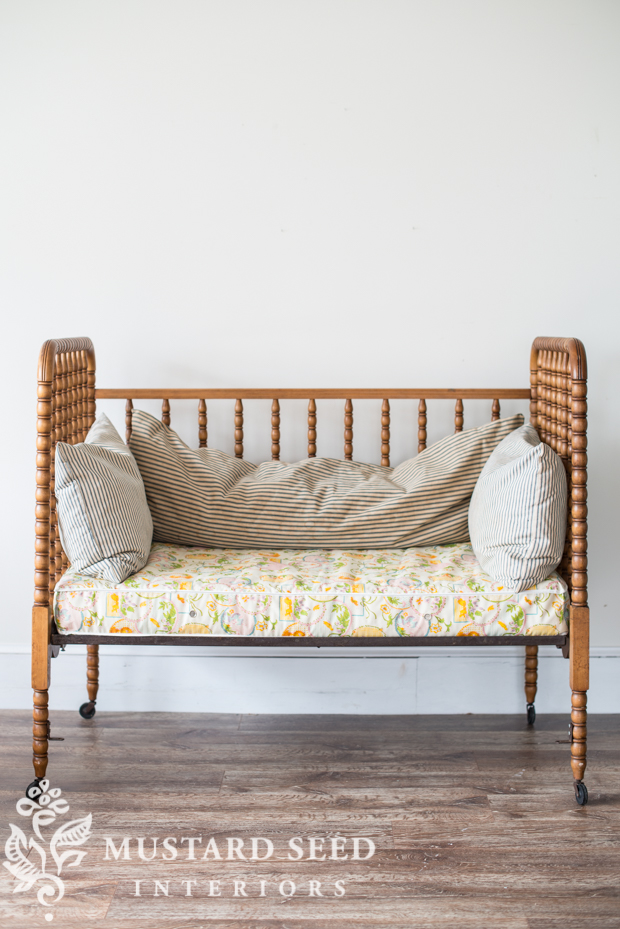 The seller said they thought it was over 100 years old, but based on the wheels and hardware, I don’t think it’s quite that old.  It does have some nice age to it, though, and it’s still in amazing condition with all of the parts.

A very cool thing is that I bought the antique ticking pillows a couple of weeks ago and they fit it perfectly!  I plan to recover them and tie them to the spools to hold them in place. 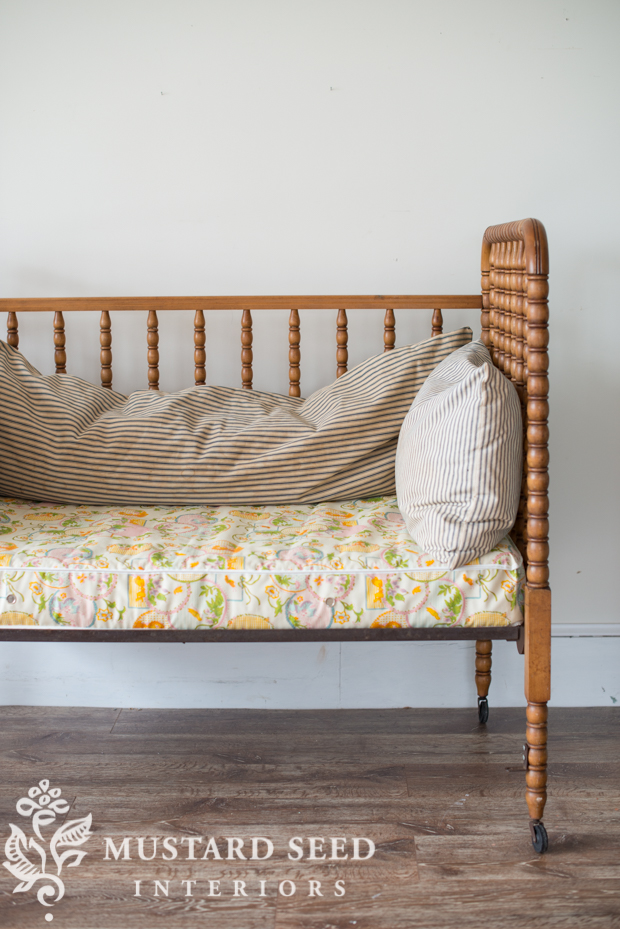 Of course, I’ll make a cover for the mattress and probably a skirt, too.

The question is, though, should I paint it? 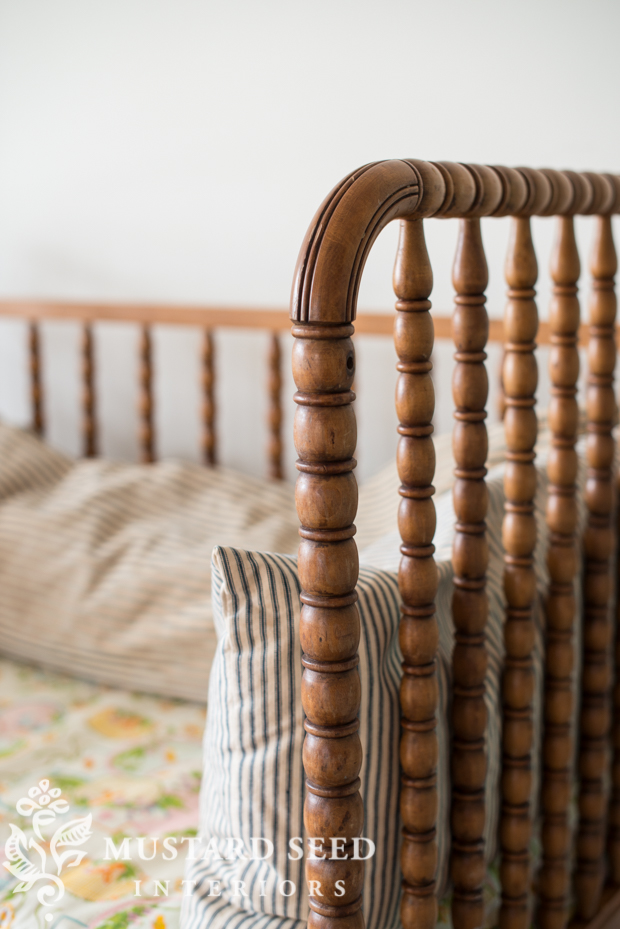 You know I’m all for painting things, but…

#2 – Spindles are a royal pain in the rear to paint and I just don’t know if I want to do it!

Two pretty compelling reasons to just let it be. 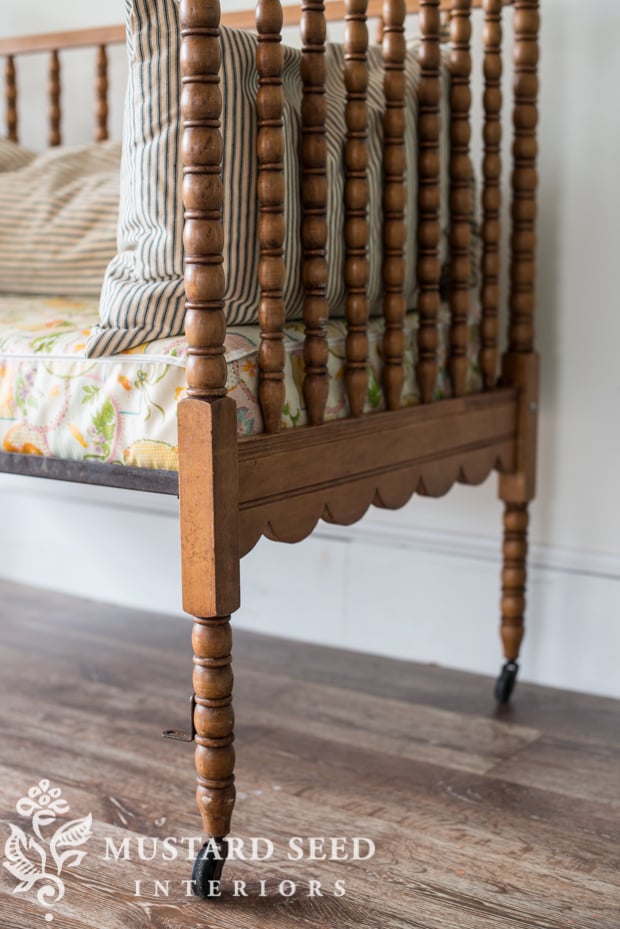