There are some people who like things shiny and new.  They want to be the first person to own something.  They like the smell of a car with 32 miles on it.  They want their furniture to be delivered, tags still attached.

I am just not one of those people.

Unless we’re talking about electronics, mattresses or toilets, I want things in my home that have the patina that only comes with time.

Or a bit of trickery. 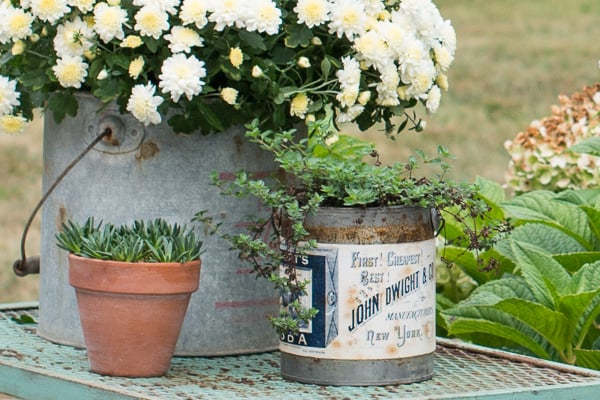 I have a few antique terra cotta pots and, while I’d love to fill my whole potting bench with them, that would get too expensive.  So, I have some new ones mixed in.

Can you tell which one is the new one? 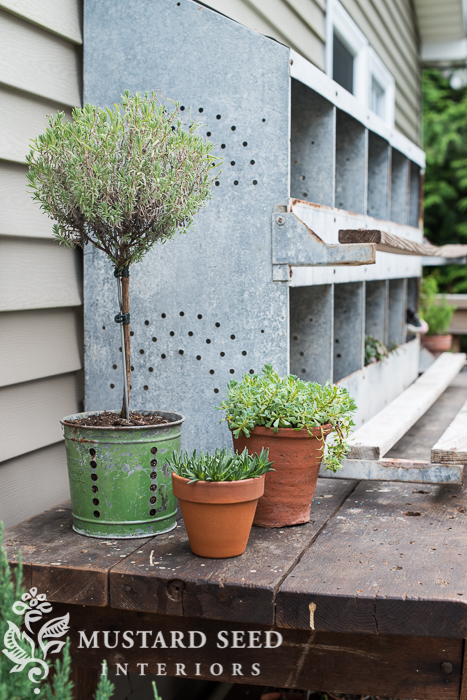 Yeah.  It’s pretty clear and the new ones were bugging me a bit.

While I had the Ironstone (white) MMS Milk Paint out to paint the sides of the potting bench, I decided to knock the newness off of those pots.

I mixed the milk paint a bit thinner than the recommended one-to-one powder to water ratio, so it would go on thin and translucent. 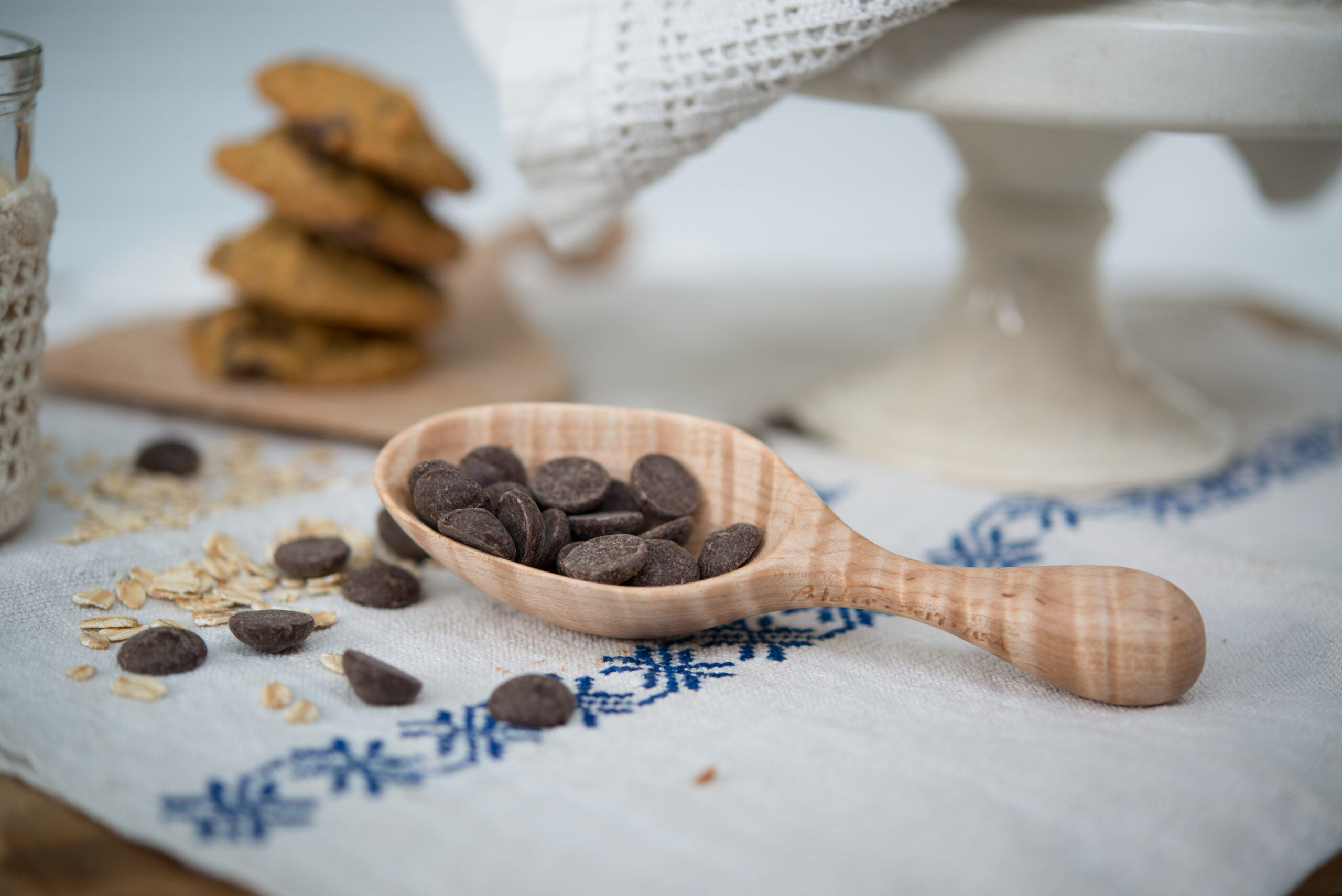 (As an aside, taking a picture of yourself painting a terra cotta pot as it rolls around on the table is almost comical.)

…and then immediately blotted and wiped it with a paper towel. 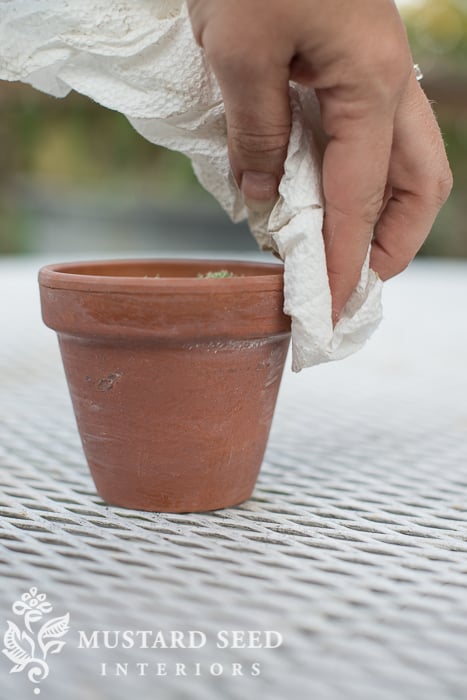 I wanted the effect to be very soft, so wiped a lot away, leaving it heaviest just under the lip.

If you want a more dramatic look, don’t mix the paint as thin or don’t wipe away as much.  The good news is that you can play around with it.  If you wipe off too much, just add a bit more.

And that’s it!  It took less than five minutes to paint a few pots.  They dry quickly and don’t need to be sealed.  The paint absorbs into the terra cotta like a stain. 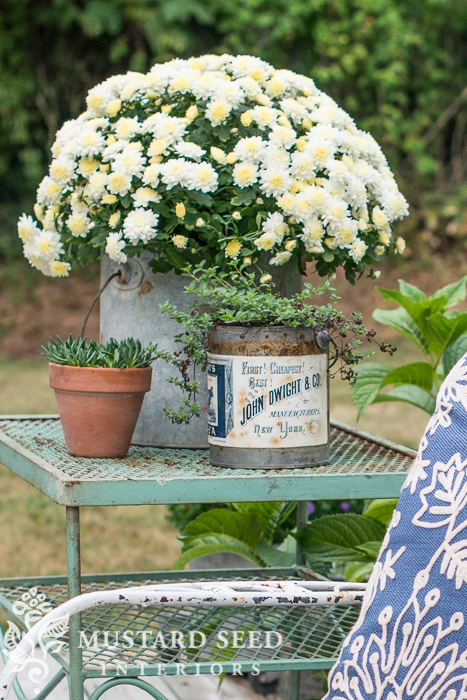 Kriste did the same thing to some of her pots over on the MMSMP blog, but applied more paint than my version and I love her look, too… 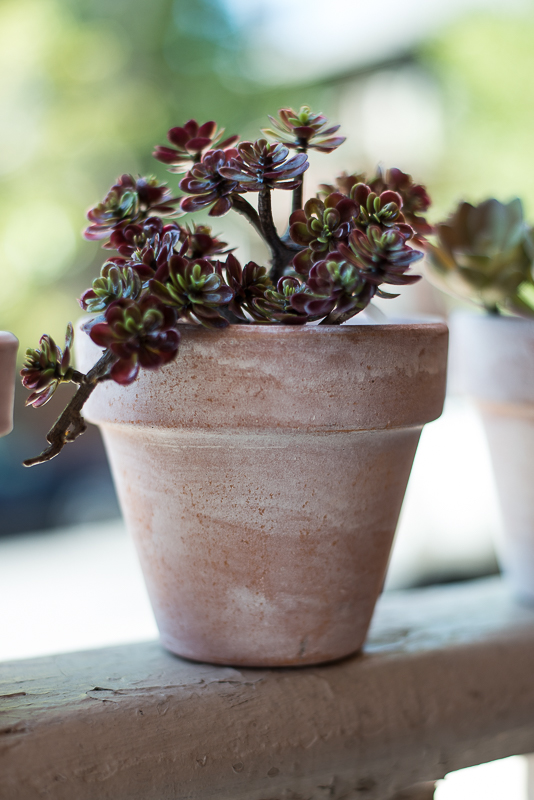 How’s that for a simple project? 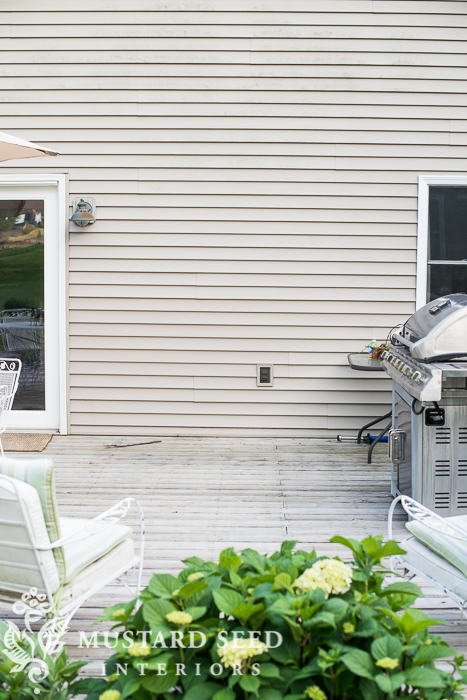 If you have a bland, blah deck like I do, you’ll want to be there…