cross-stitch patterns | B & I

Before I get to the cross-stitch patterns, I wanted to share that I actually scheduled some milk paint workshops at the studio!  I get asked about it a lot, so I finally pinned myself down and put some on the calendar.

Saturday, July 16, 2016, is a BYOF (bring your own furniture) Workshop from 10:00 am – 3:30 pm.  These are so much fun, because you can bring a piece to paint and we’ll work on it together.  You learn while you finish a piece.  You can purchase a slot for that workshop HERE.

So, I’ve been sharing my new love for cross-stitching on linen and I thought I would share some simple, antique patterns as I find them.  I have several antique monogrammed textiles in my house already, so I’ll start with those and then add more.  (I just ordered a bunch of cross-stitched towels from Europe.)

Today, I’m sharing a simple B & I from this linen tea towel that I made into a pillow cover… 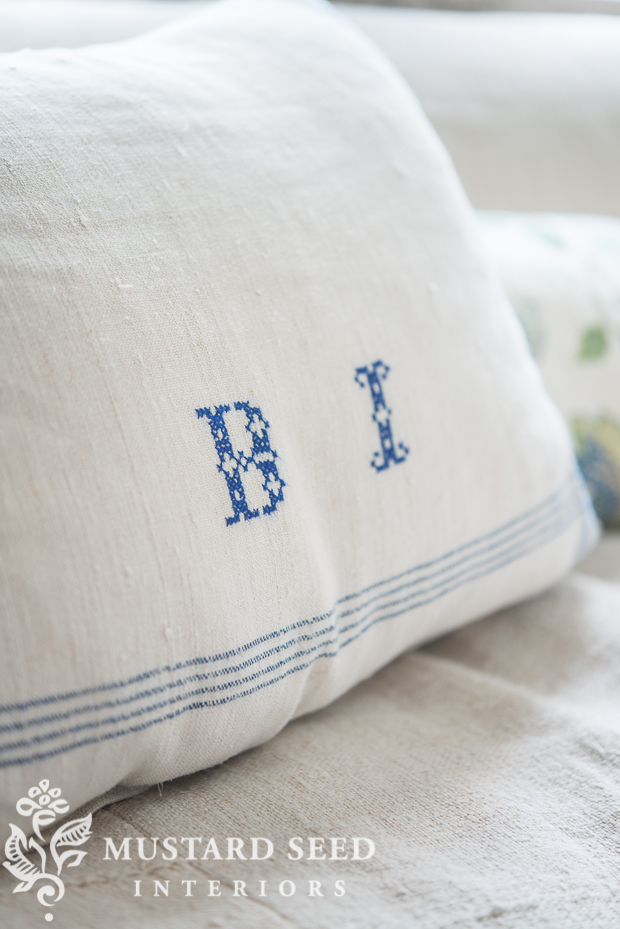 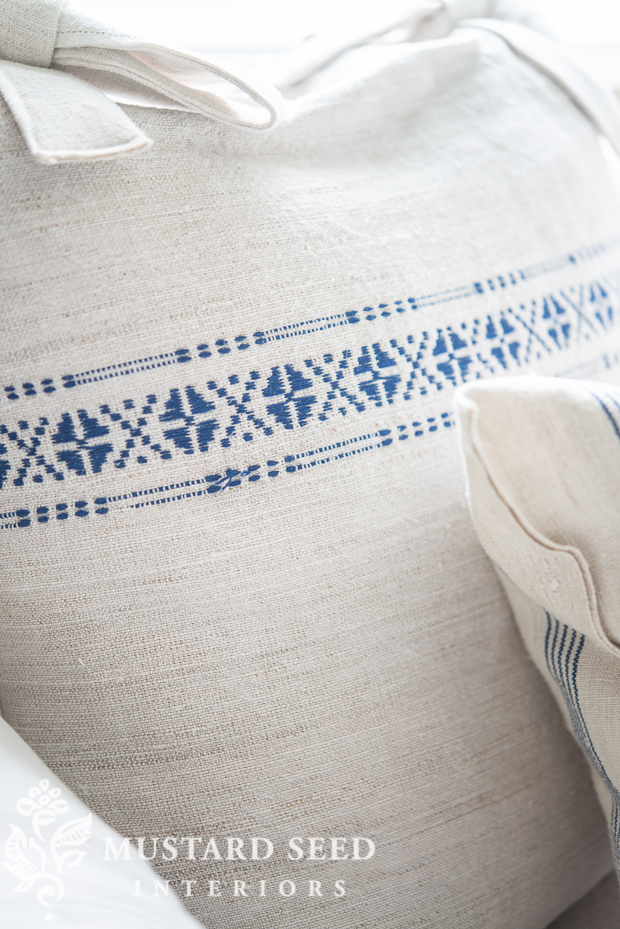 (For those who are brand new at this, you put an X wherever the pattern is colored in and the squares represent the natural grid pattern created in the weave of linen.)

Here is what the B looks like on the linen… 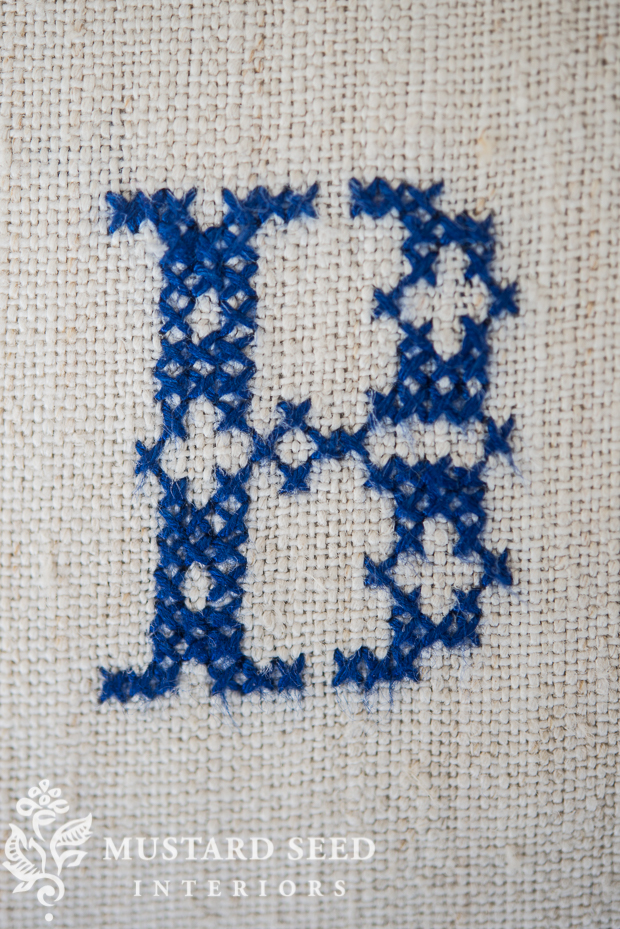 …and the pattern I made for it… 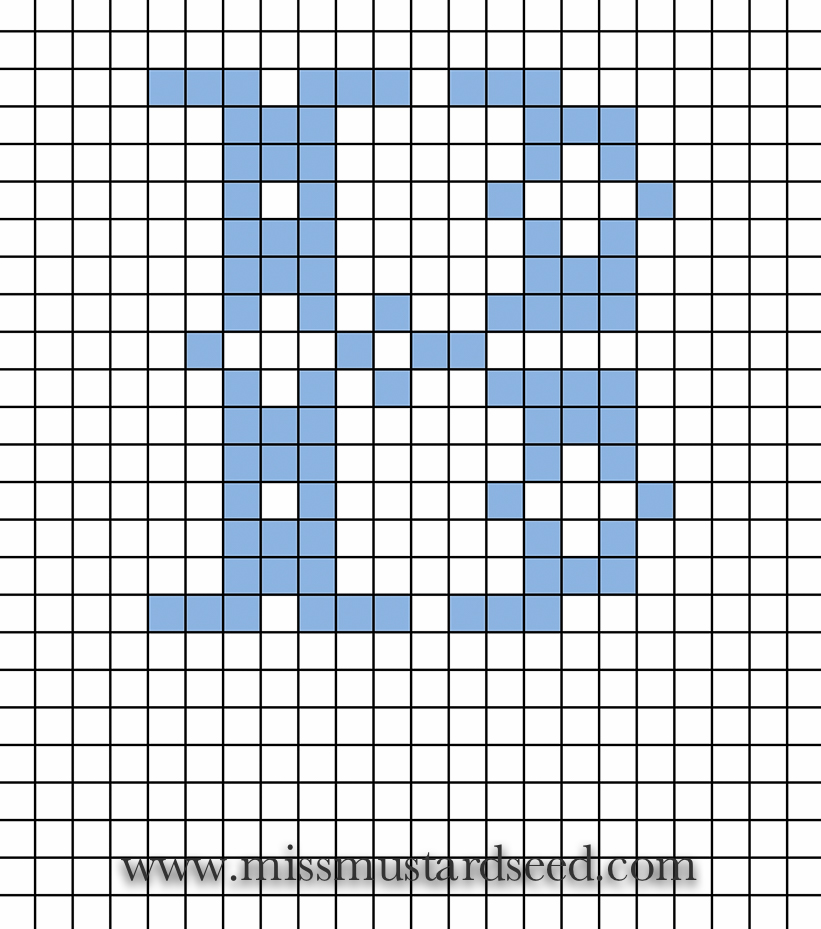 The I on linen… 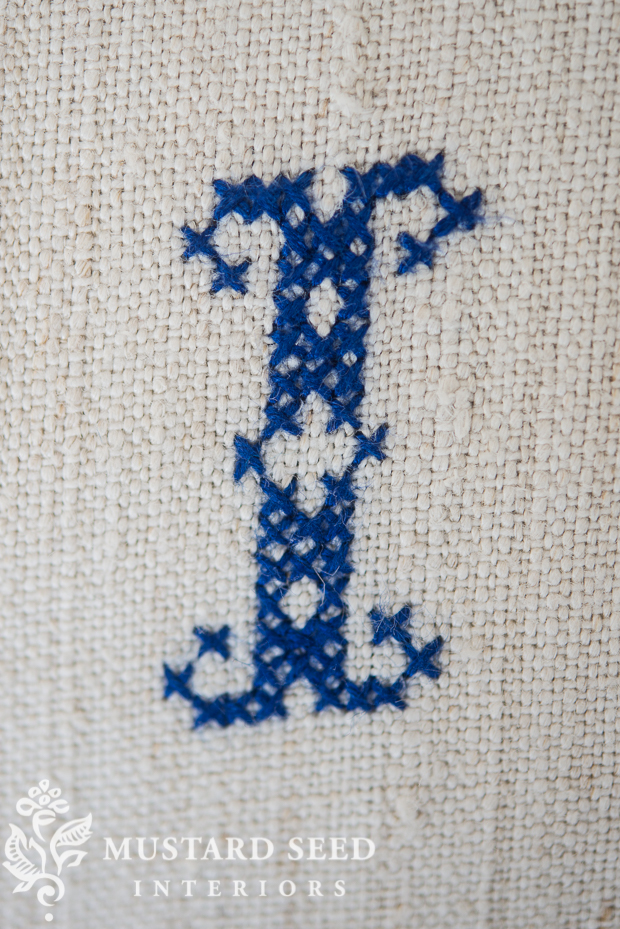 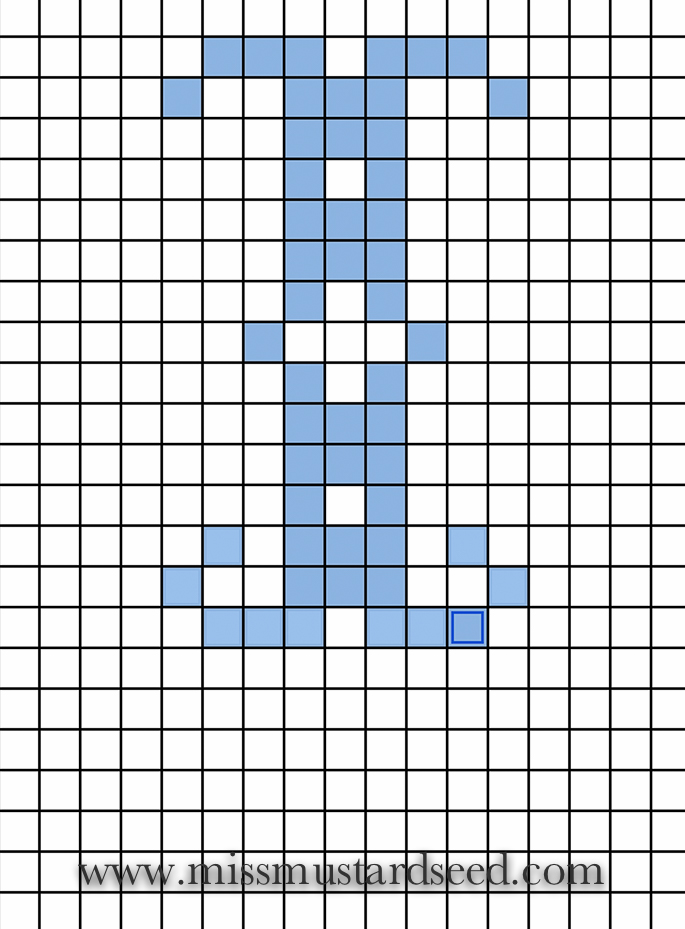 And lastly, this border… 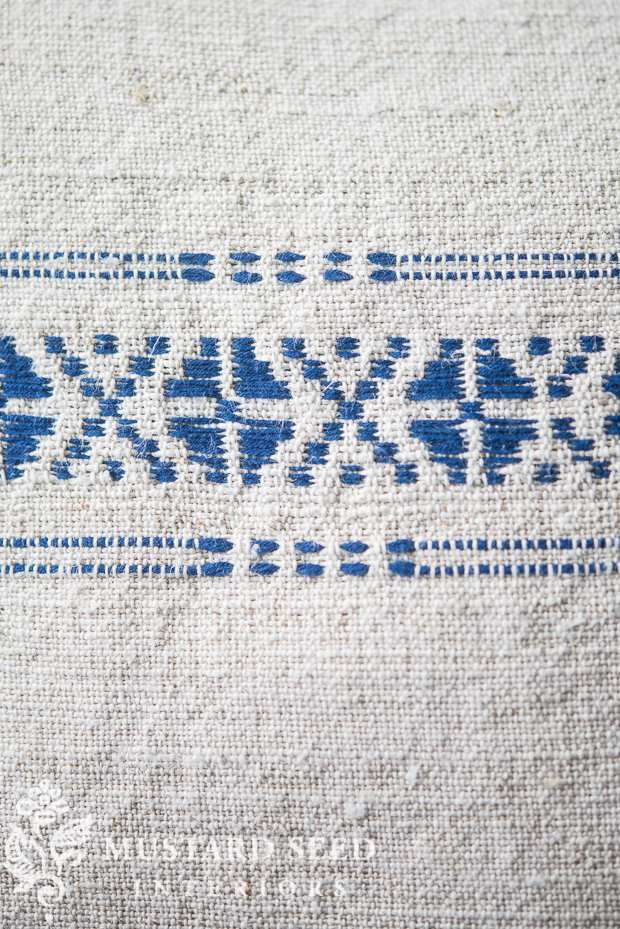 I love the simplicity of it but it has a sort of Scandinavian feel to it.  Since the top and bottom of the border are straight stitches, I decided to mix it up and make it a “checkerboard” pattern.  You could certainly do straight stitches, if you wanted to, though.

I like this border to run along the top edge of a pillow, for linen ribbon, and trimming a napkin or a tea towel.

More letters and patterns to come!

Something funny about cross-stitching…  My boys participated in a football camp this weekend and, Saturday afternoon, it was my turn to hang out there (mostly because our youngest is a type 1 diabetic and he’s not quite old enough to manage it on his own.)  I brought along some magazines and the towel on which I had started cross-stitching a “P”.

I pulled out the towel and started stitching, looking up now and then at the action on the field.  During a water break, a boy, about seven or eight, with a faux-hawk hairdo, slowly walked over to me, surveying my work.

He pointedly asked, “Is that a tea towel?”

I set the needlework on my lap.  Did that boy just ask me if this was a tea towel?!

He smiled and nodded.

He smiled again and rolled his eyes, “Oh, my mom has them all over the house.”

A little later, an older kid, about nine or ten looked over my shoulder and said, “Oh, that’s beautiful!”

It was such a funny surprise, my interaction with these two boys, because I honestly felt like a big dork doing cross-stitch on the sidelines.

Those little nuggets of encouragement helped me get over myself and just enjoy the pretty day and the busy work.

It just goes to show cross-stitch is cooler than one might think!