Even though I’m still relatively new to “fine art” painting, I feel a pull to it on a regular basis.  I love the creative muscles I can flex when I’m working on my home, but there is something different about putting something on a blank canvas or piece of paper.  I hope to one day create a lot of art for the walls of my home and maybe even officially claim the title of “artist”.

With Lucketts and moving and settling in, I haven’t had a lot of time to paint.  There were other priorities.  And even when we moved out of our last house and I figured I would have all of this time to devote to art, I didn’t.  I was just too drained and life was too chaotic.

Now that the boys are in school and this home is feeling more like home and we’re starting to find rhythm to our life in Minnesota…it’s time.  Yes, I have about a million other things I need to be doing, but I also need to take time to do things that are for me and I’m really working on that now.

So, when I’ve had time here and there, I’ll sneak into the studio and work on some small things – printing up and creating color charts, taking an inventory of my paint and supplies… 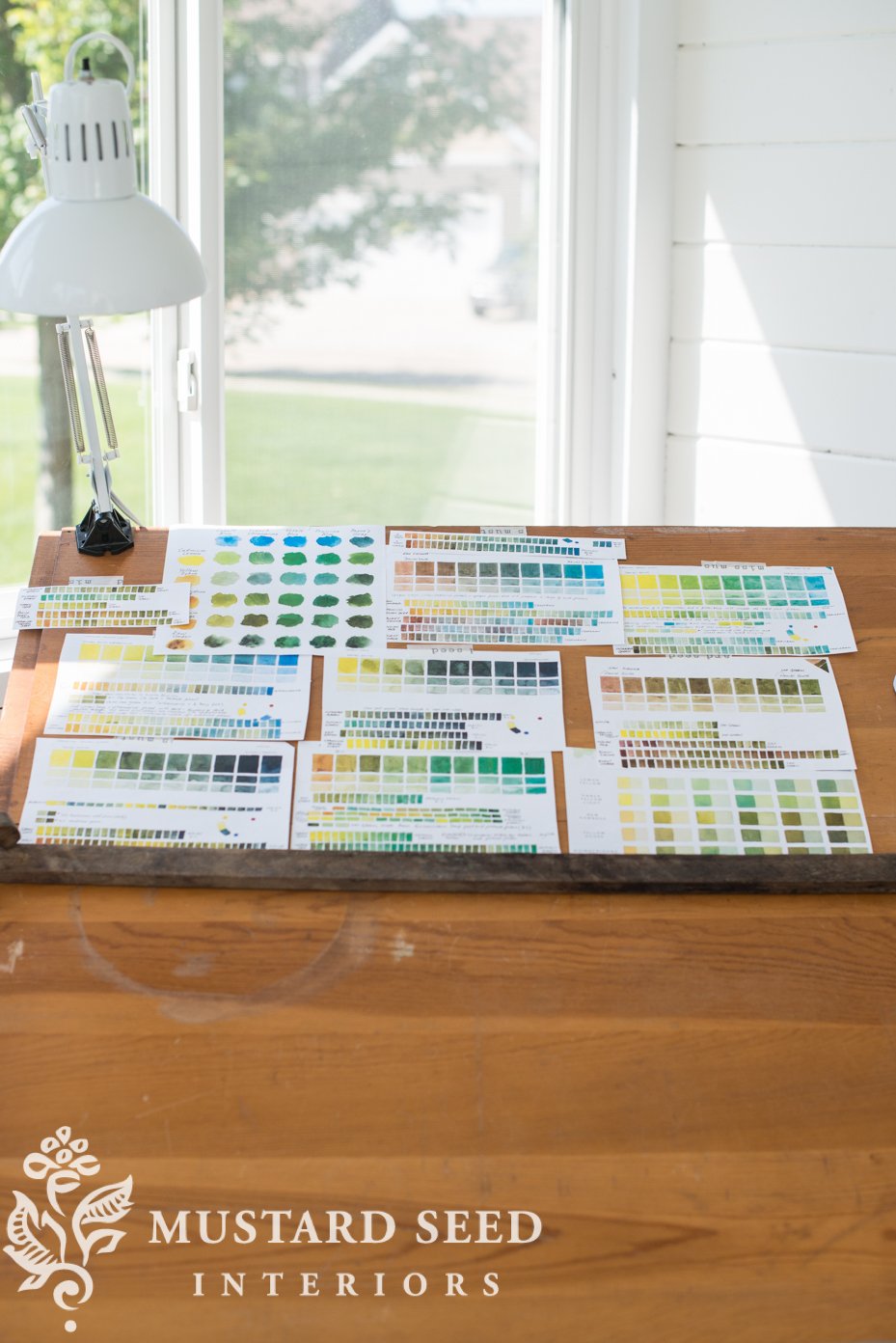 …cutting and toning canvas papers, and setting up a new watercolor landscape palette for sketches. 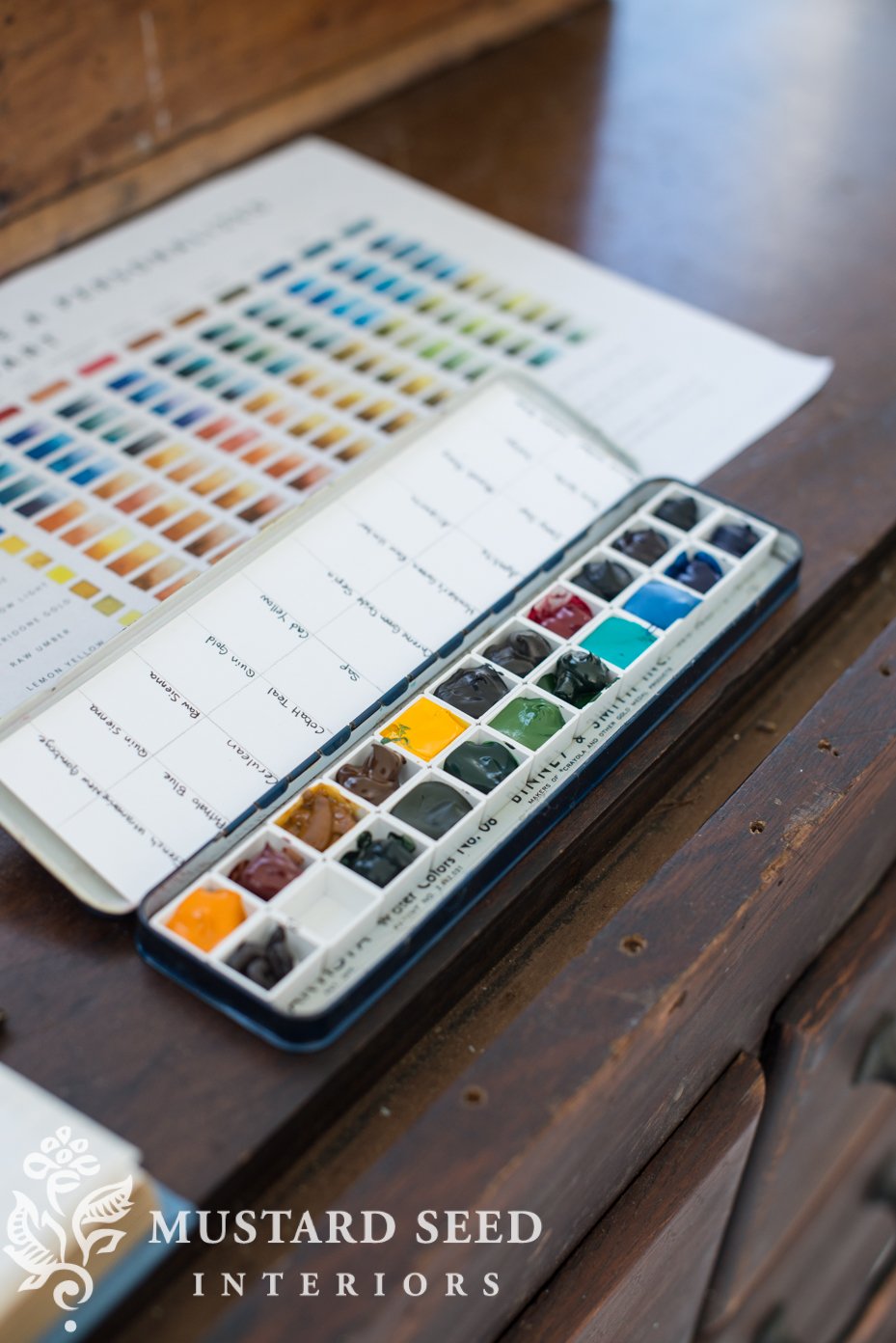 I found that just “playing with my supplies” helped me warm up.  I was feeling rusty and intimidated and that time was just what I needed to bolster my courage.

It was a good push and just the one I needed.  So, I started painting on Friday. 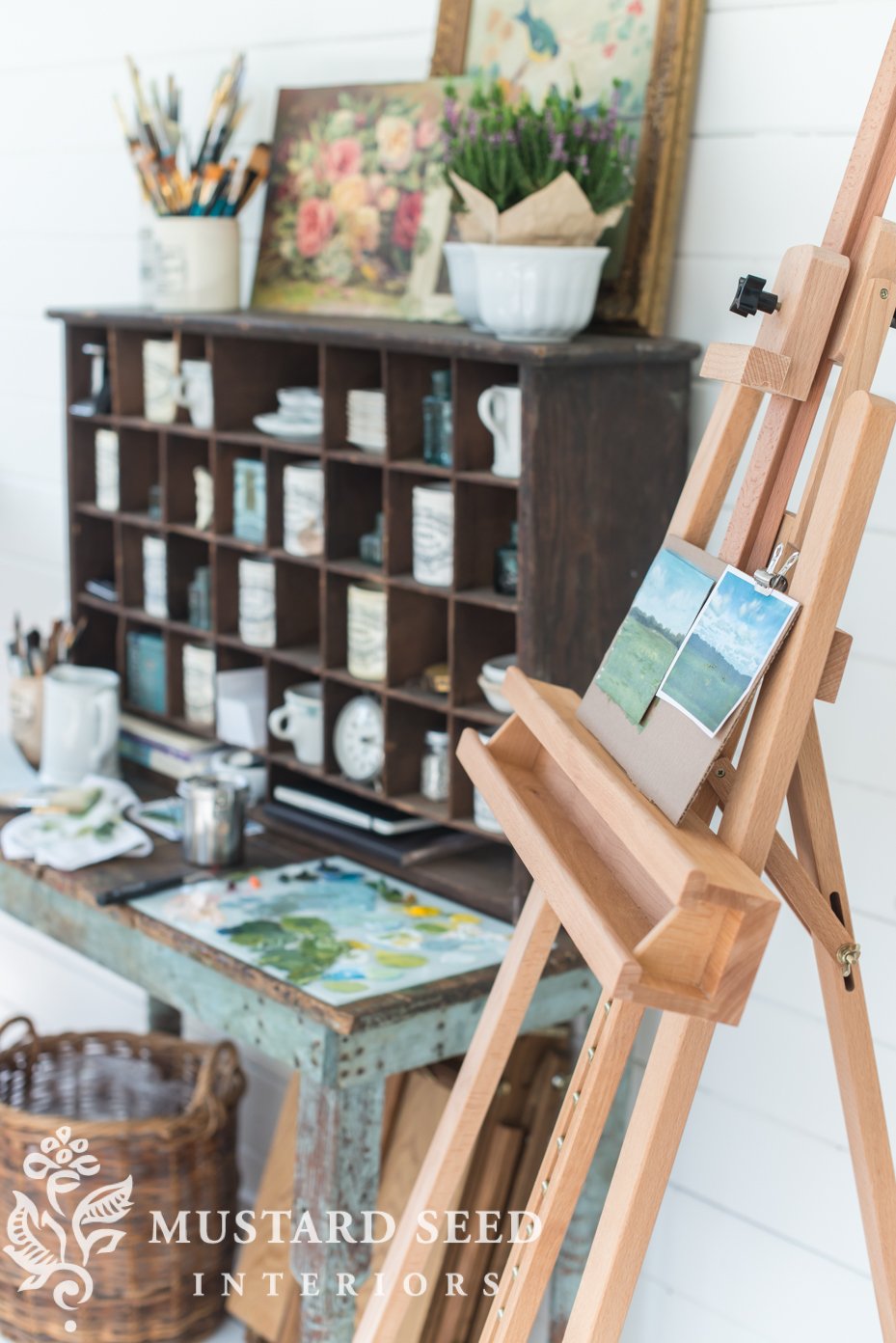 The first one I worked on really frustrated me.  I know there is so much I don’t know and I’m doing 1000 things wrong and I’m such an amateur!  That cloud, that was so beautiful to observe and photograph, was a total jerk to paint.  But, I kept working it and gave myself permission to be the artist I am and I pushed through. 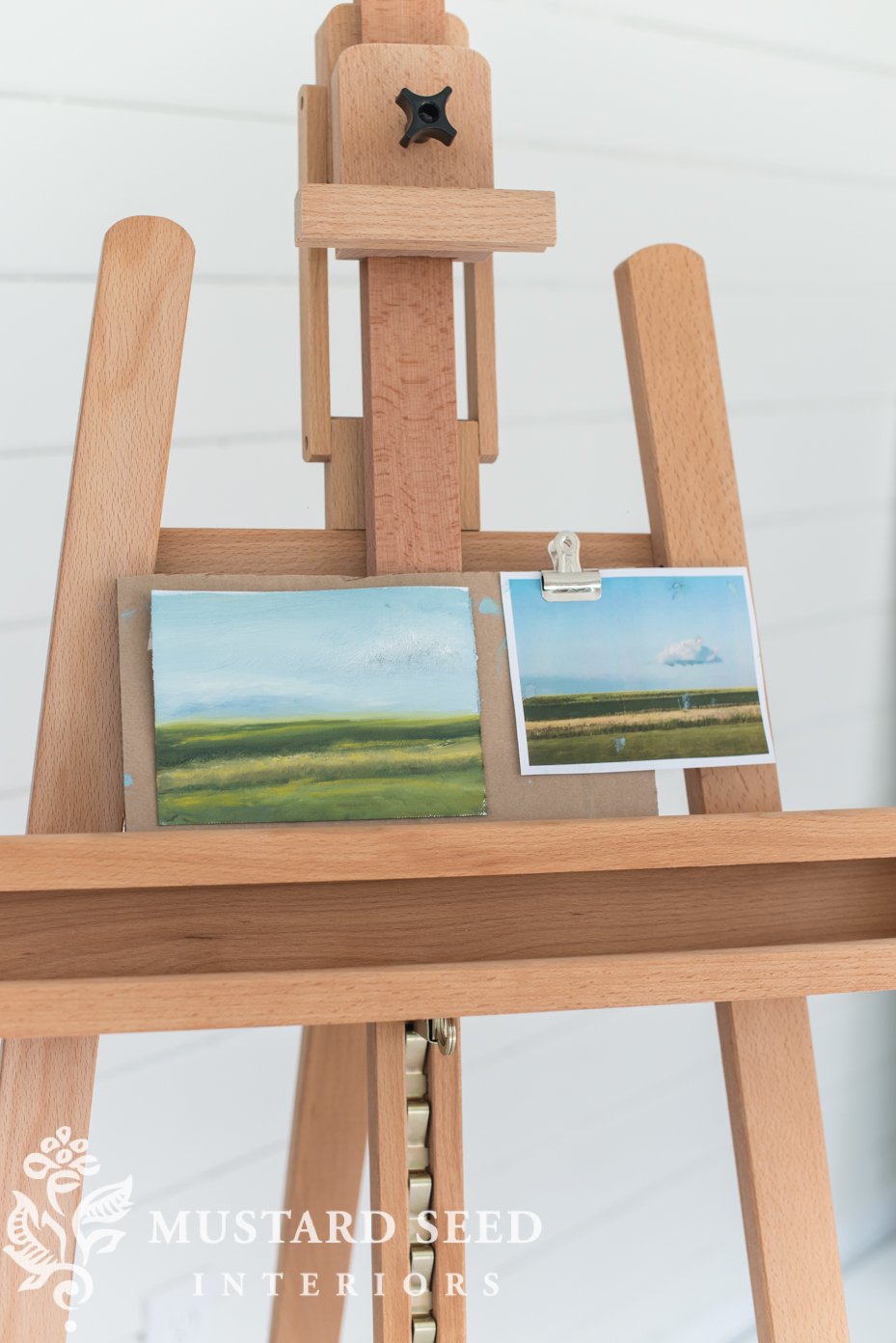 And I made the cloud just a wispy hint of a cloud. 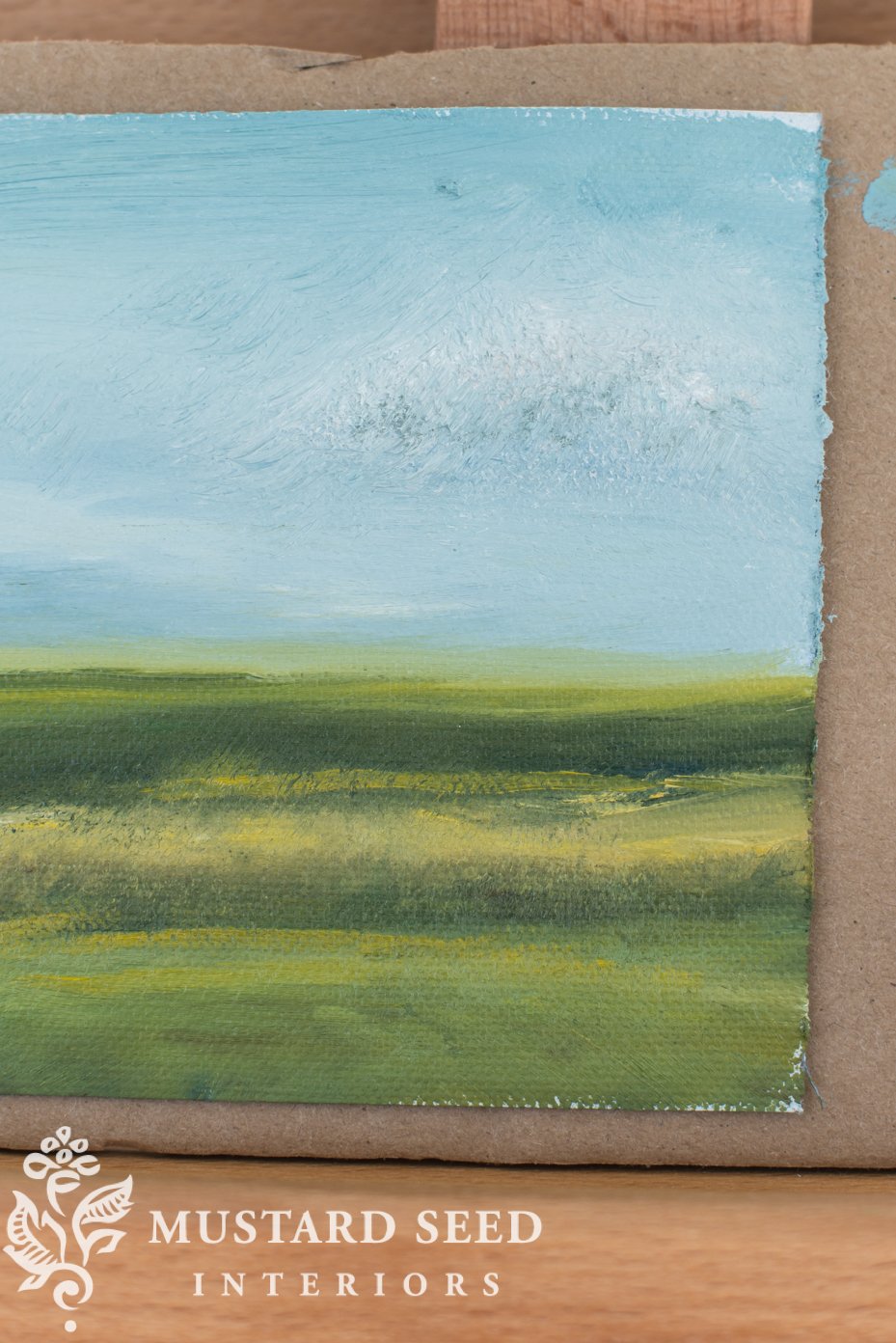 I learned from the first one that these 4 x 6 canvases are not the place to get too stuck on detail, so in the second one, I simplified the sky and tried to have more fun with the process and colors. 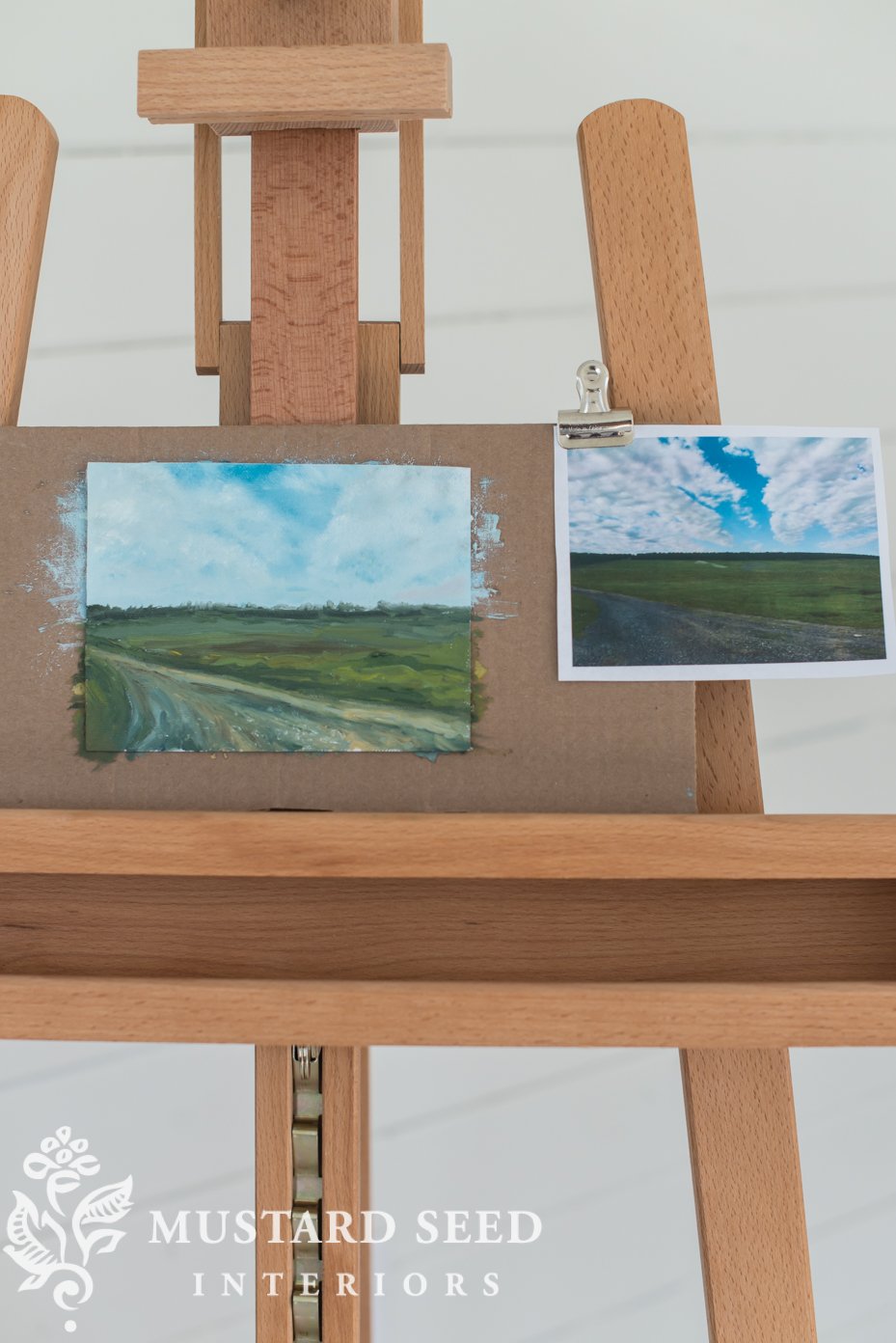 The gravel road became streaked with yellows and blues and I tried to not fuss with the paint so much. 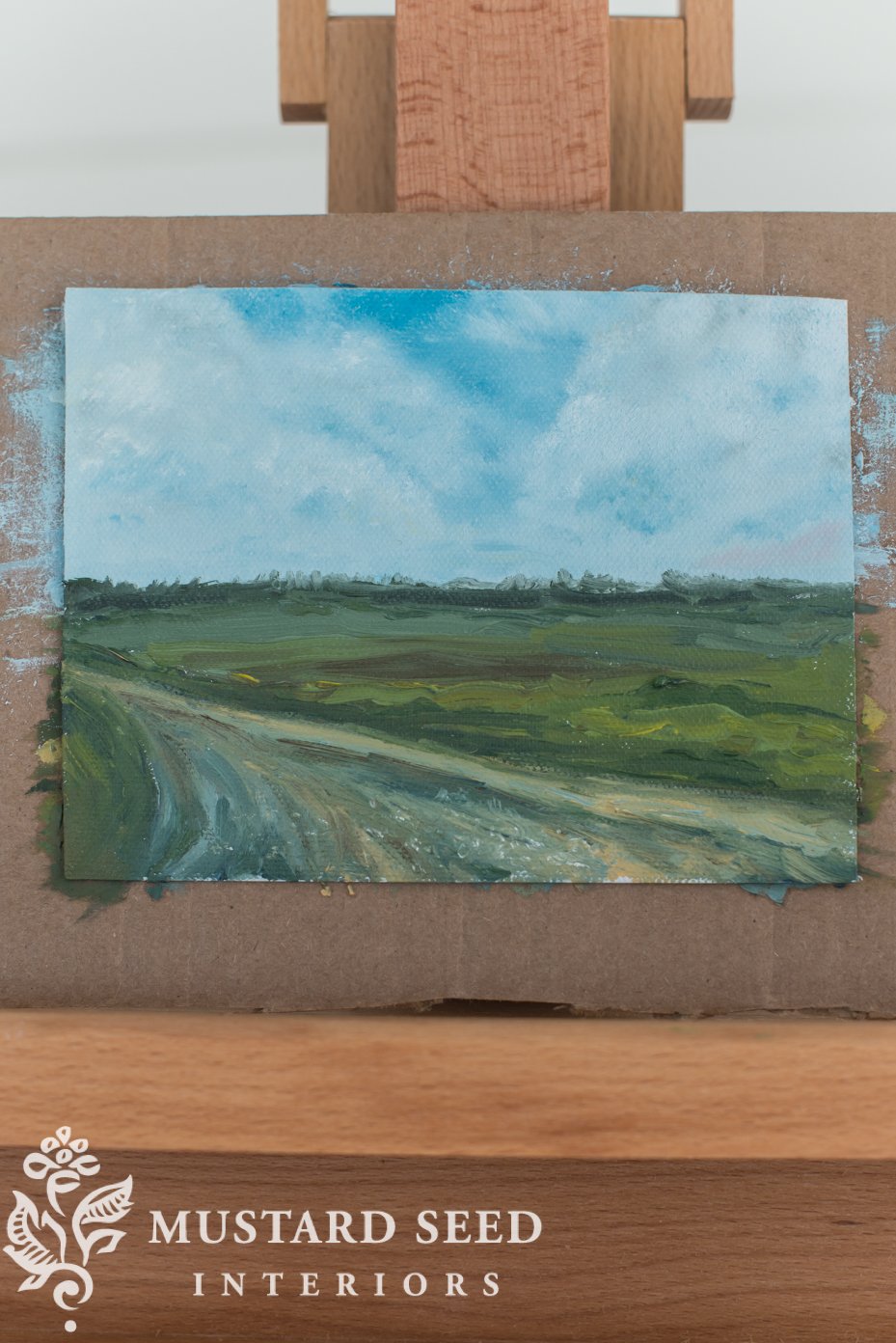 In the third one, I tried to add more detail in the texture of the grass and yellow weeds.  Not too much, but just some subtle up-strokes. 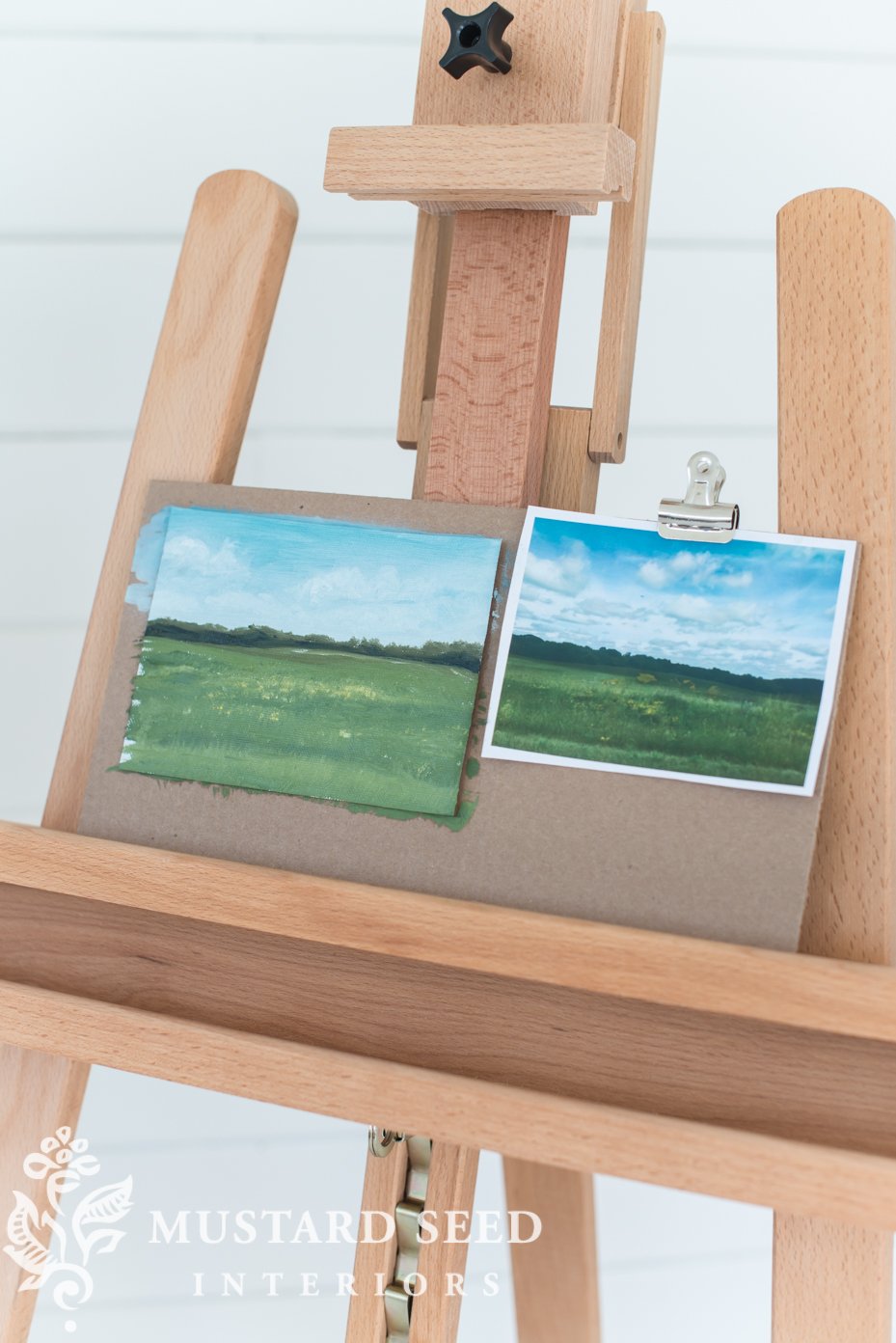 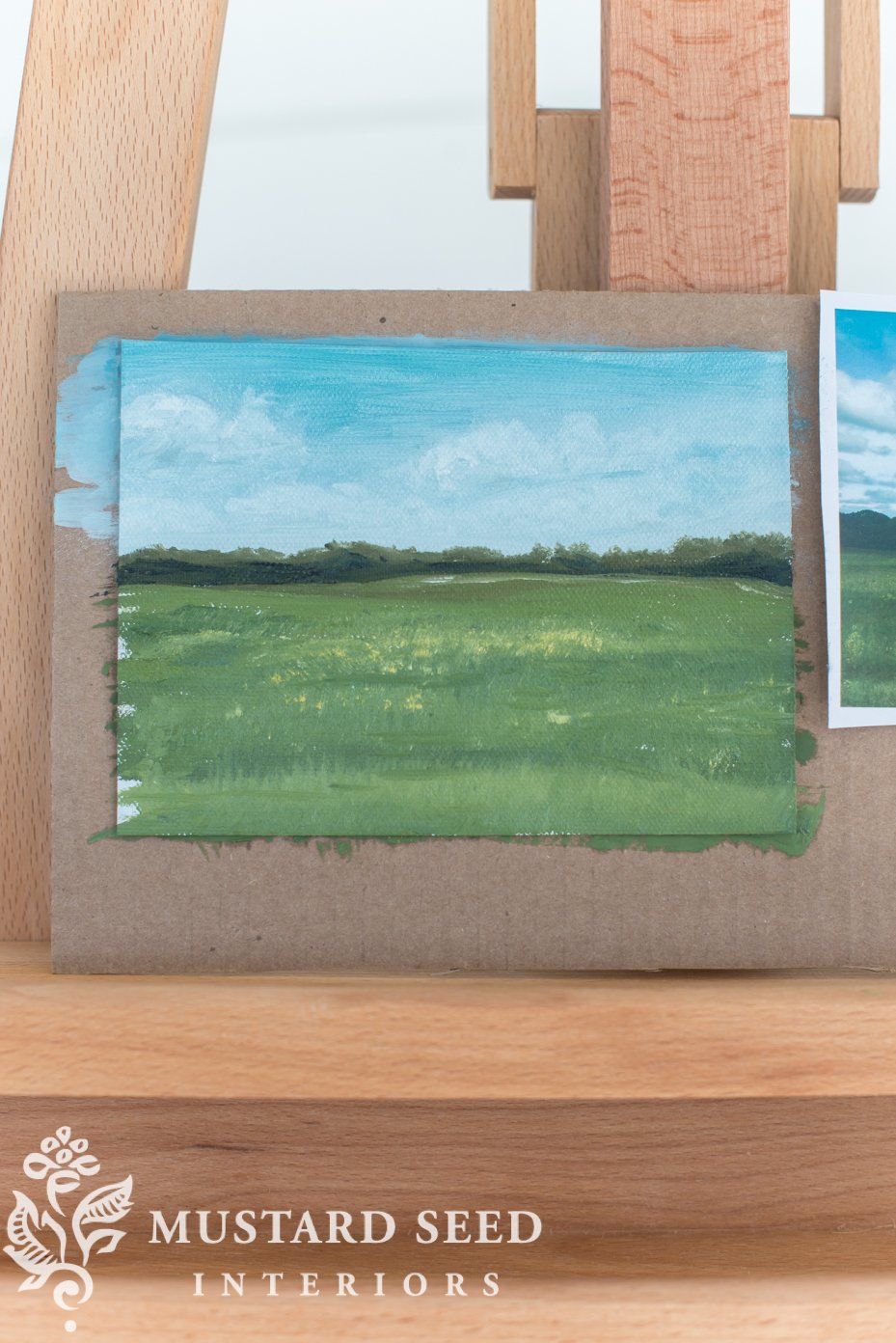 My palette is a total mess, but I’m just going with it.  I’m sure there is a benefit to being more organized, but I just sort of hop around, mixing and adding willy-nilly. 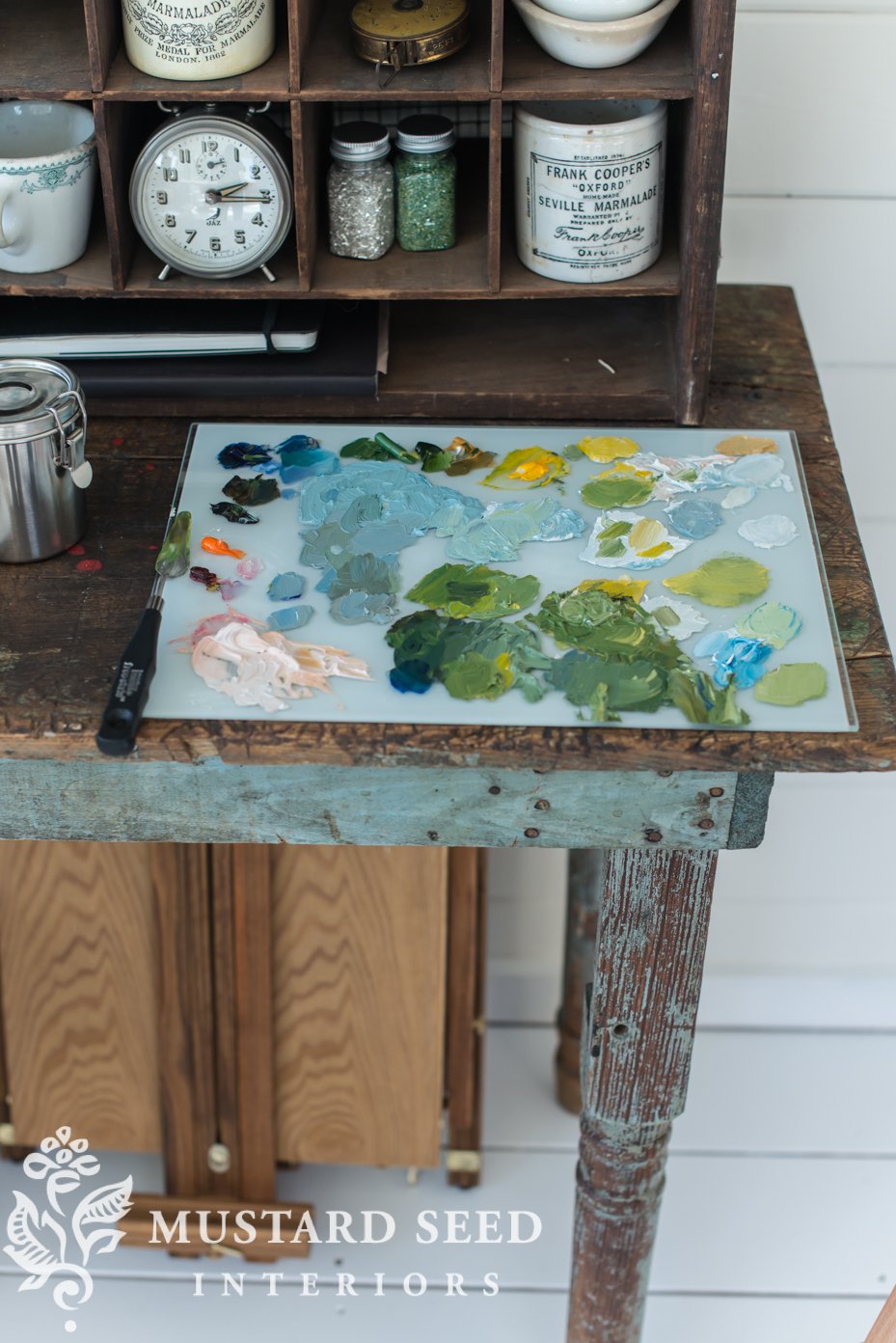 There’s something so pretty about that, though, isn’t there? 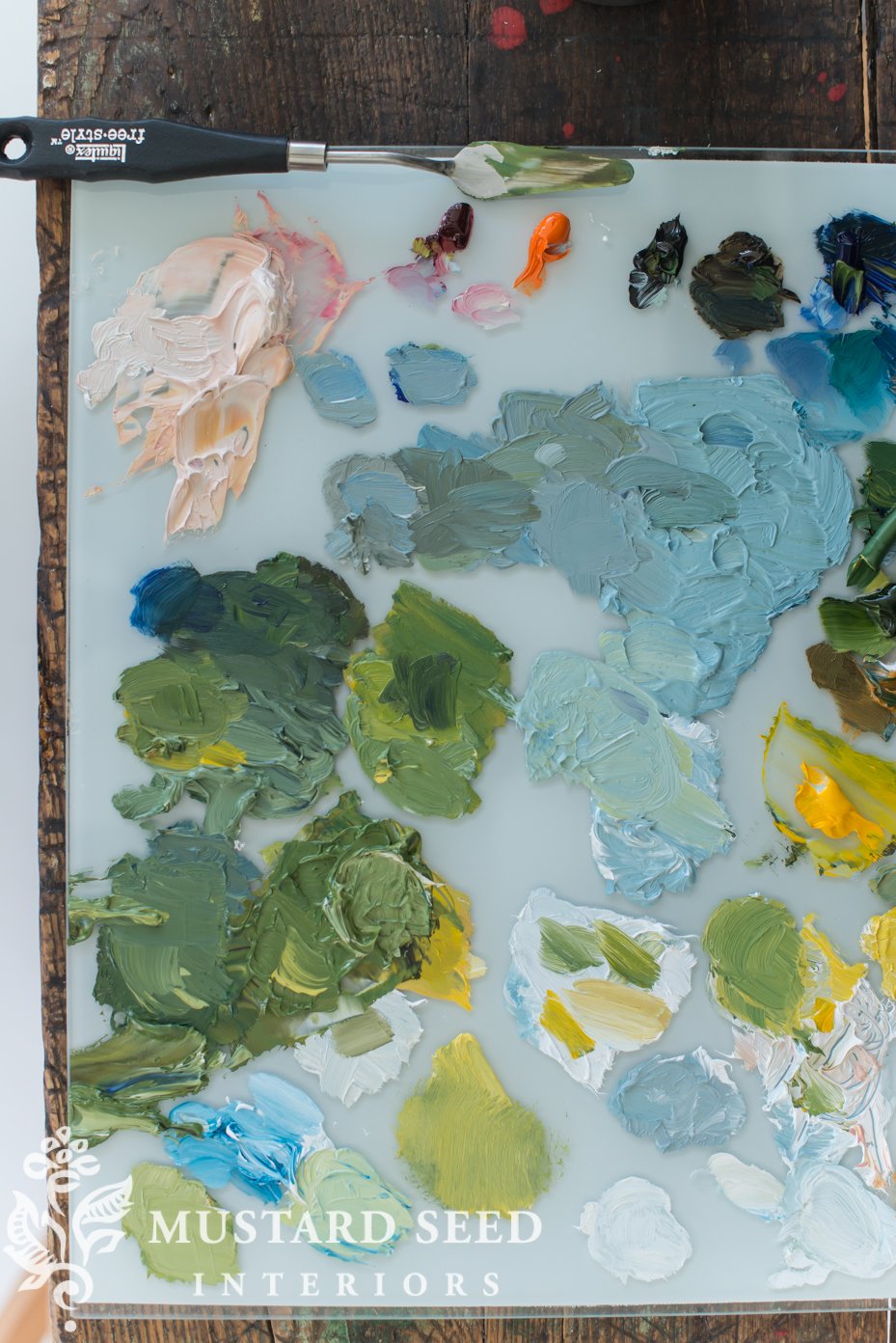 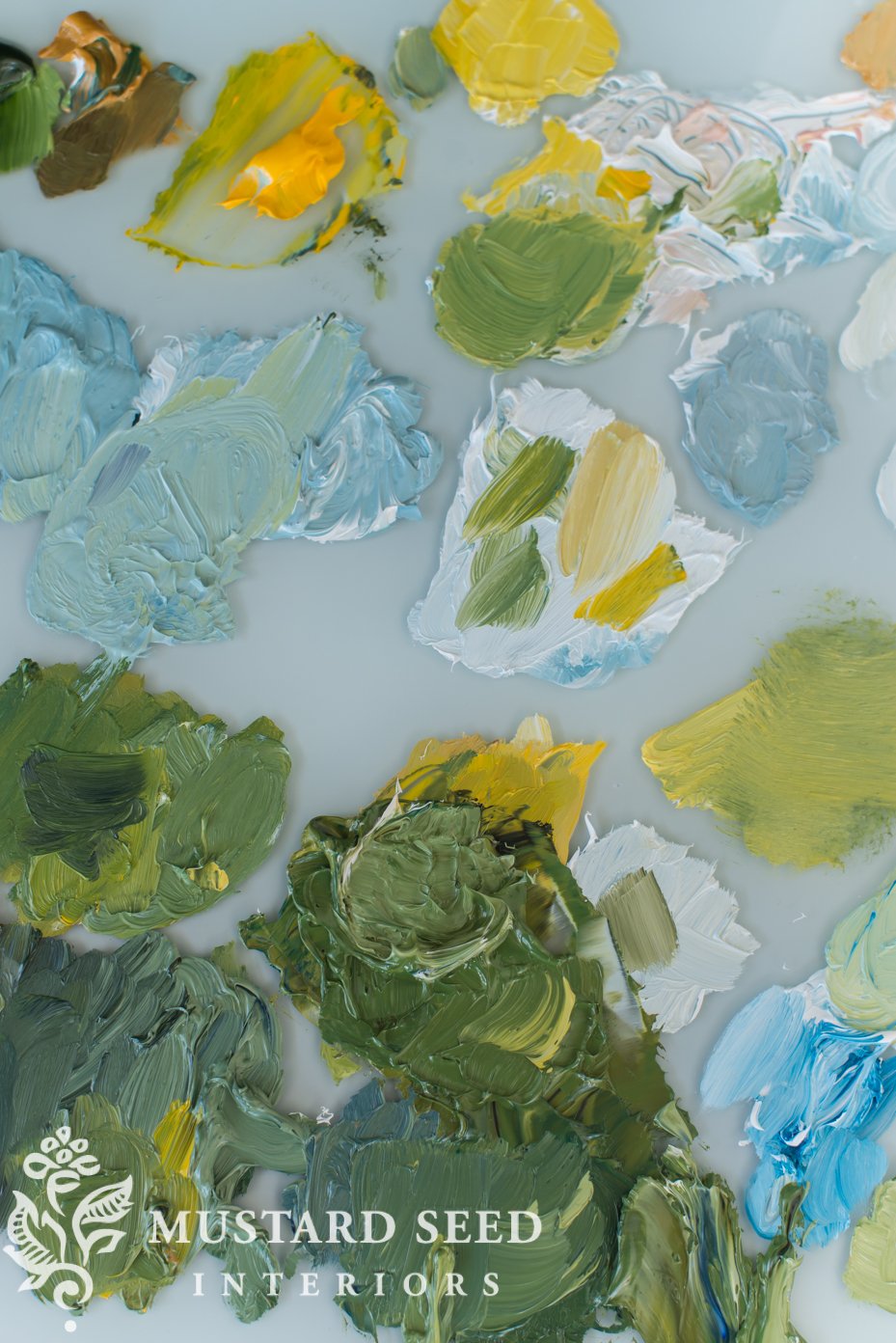 Even the rag I use for cleaning off the brushes is pretty! 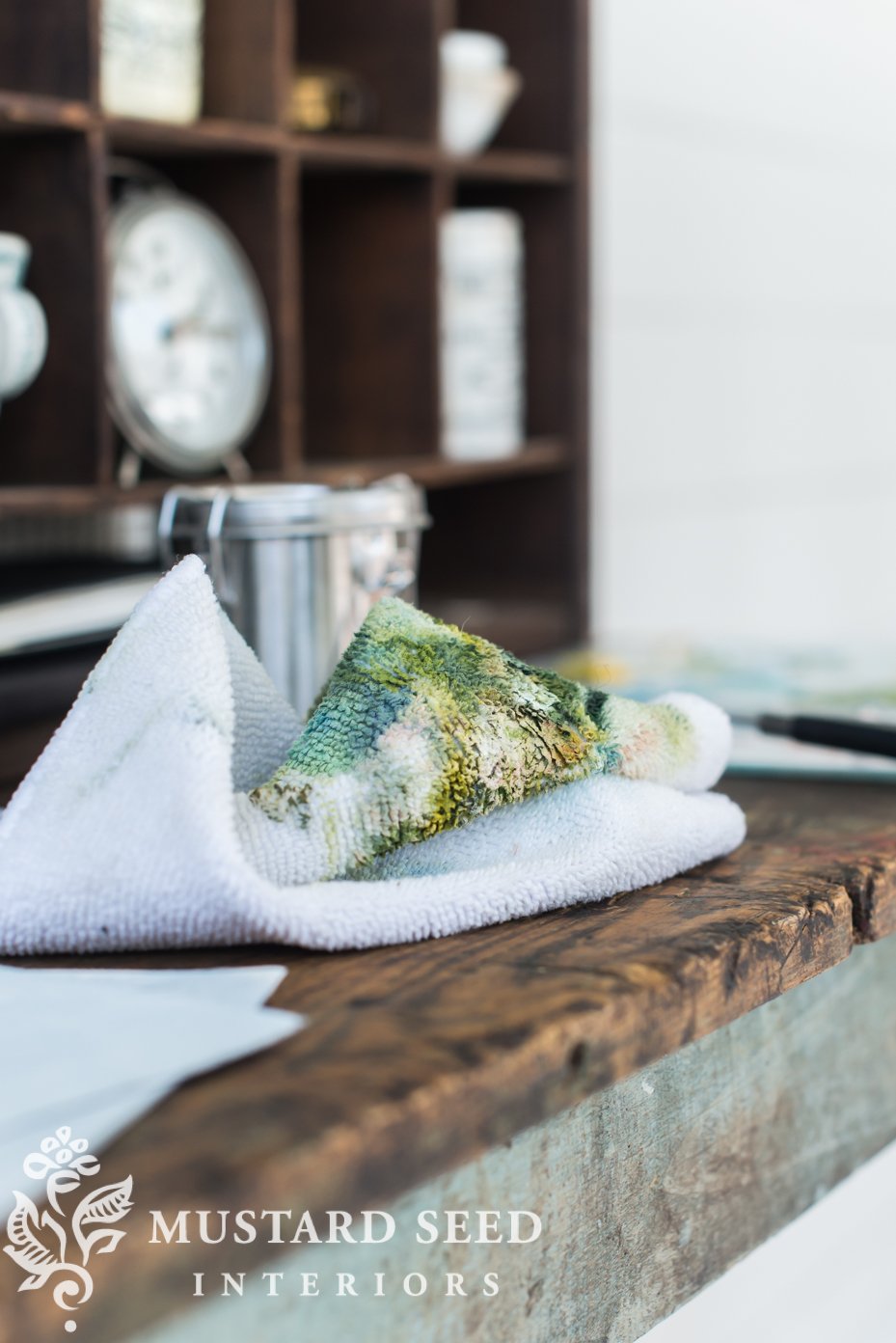 If there is interest, I can share more detail on the supplies I’m using, etc., but just keep in mind that I’m just learning myself, so I might lead you astray!

For those who aren’t interested in art at all, I wanted to share this as an encouragement to just go for it.  Whatever IT is for you.  Quit buying the gear and dreaming about it and wishing for it.  Just do it…knowing you might not be the best, knowing it’ll be frustrating and hard at times. But also know that there is reward in challenging yourself, growing, and yes, even in failure.

As the saying goes, “You’ll never know if you never try.”