This year, though, I feel the creative juices stirring and I am enjoying the process of trial and error.  I’m allowing the long pauses, where it looks like I’m just sitting in front of a pile of decorations, but the wheels are inwardly turning.  Sometimes the ideas that come out of those pauses prove to be stupid.  But, there are times when I have an idea and I’m so excited about it that almost nothing will derail me from its execution.

And I had one of those ideas this weekend. 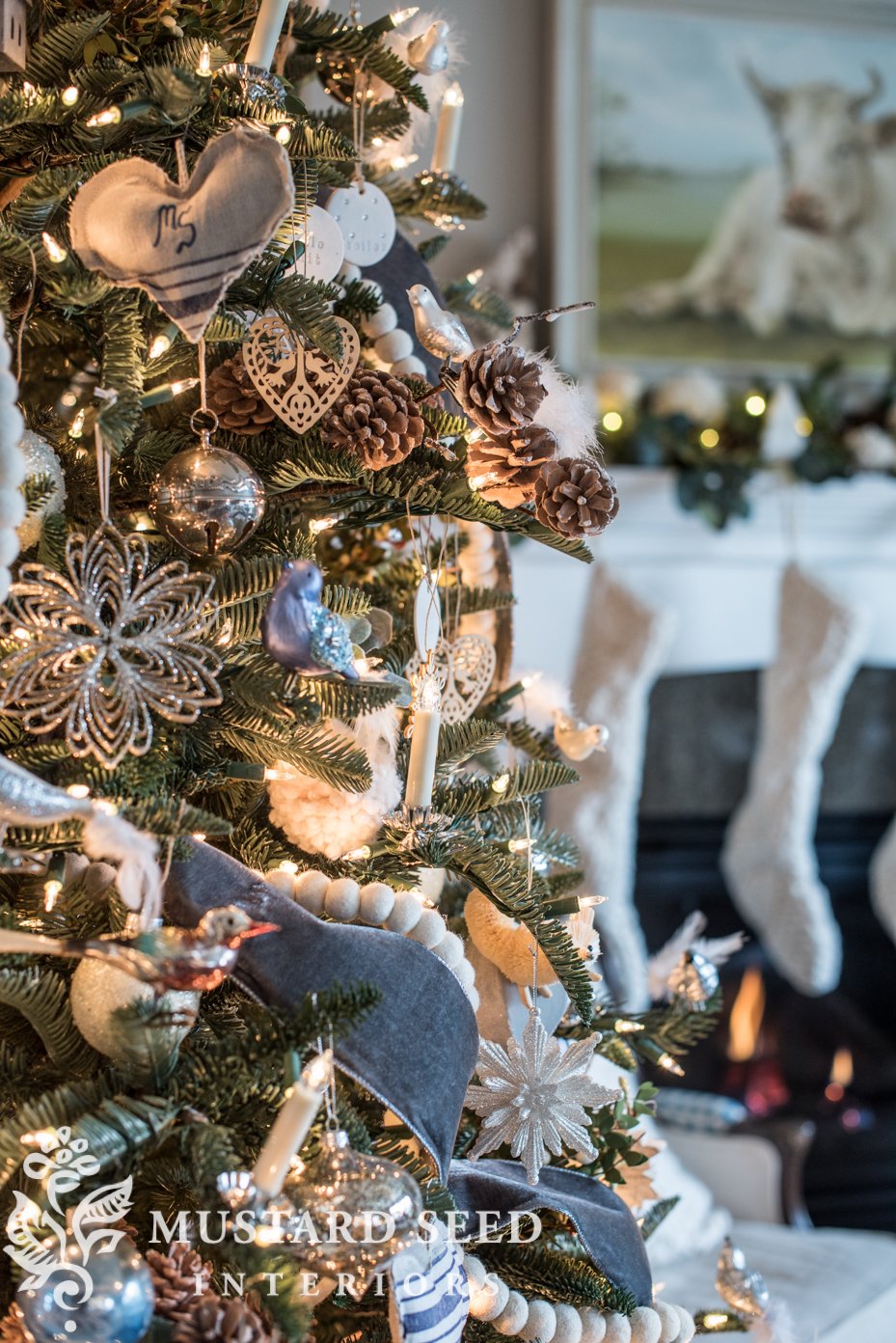 As I’ve been putting Christmas decorations out, I’ve also been sorting. Since I didn’t fully decorate last year, I picked this and that out of bins and, when it was time to put it all away, I didn’t take any care to make sure it went in the right place.  Even before that, when we moved, Christmas stuff from the studio was merged with stuff from home.  If it’s already in a box…do I really need to go through and sort it all when I have an entire house to pack?  So, my Christmas bins are a disorganized mess.

Now that I’m no longer sick of packing and unpacking boxes, I’m taking the time to organize as I decorate.  I was gathering all of my candle clips, which had been divided into at least three different bins.  They happened to be in a pile on the floor in front of me as I was putting batteries into my LED Christmas candles from Balsam Hill.  While putting batteries into one of the candles, I inadvertently popped off the clip.  Now, it’s just a cream LED candle with a little green base that screws on the bottom to hold the battery in place. 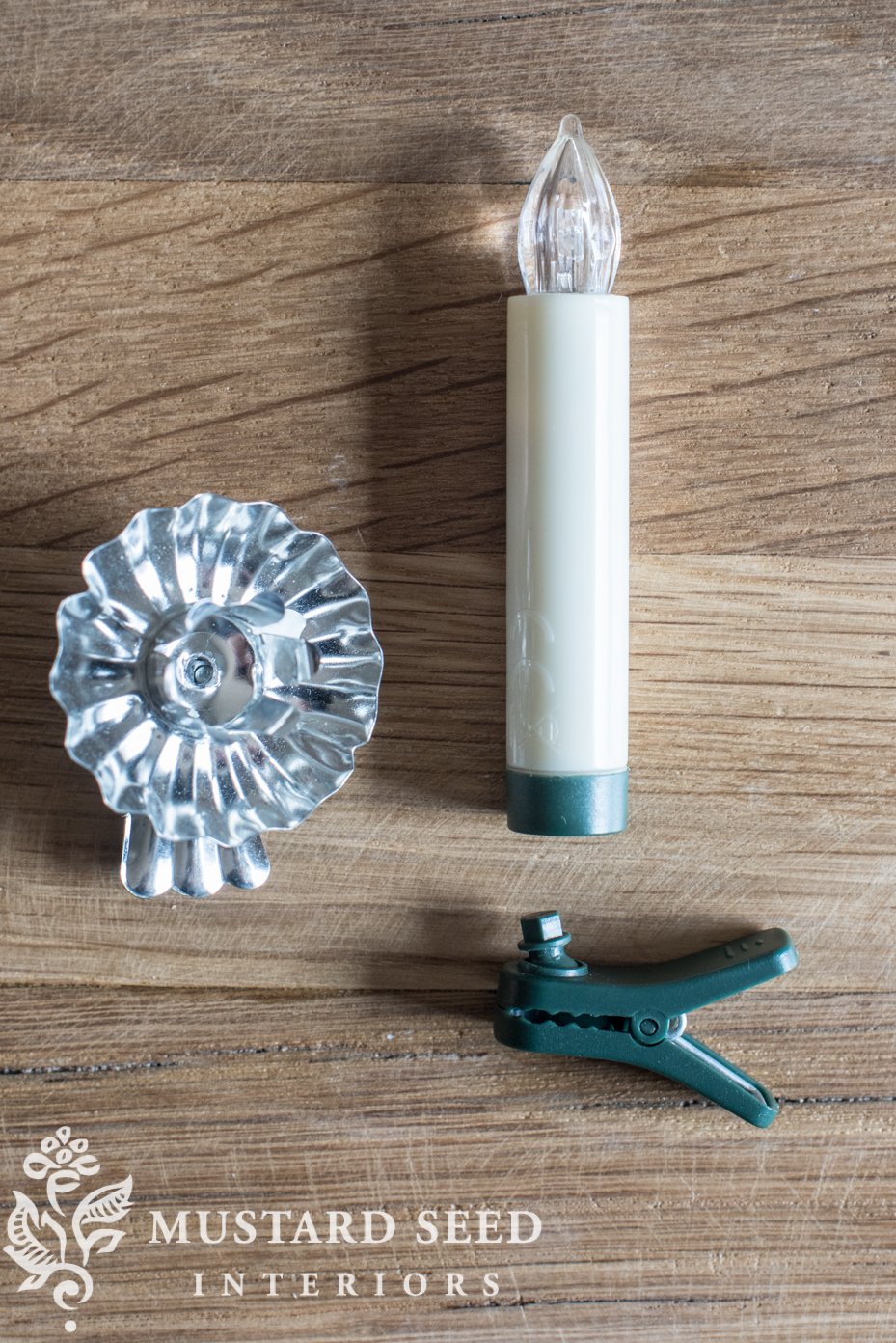 I stuck a candle into one of the vintage-style candle clips (purchased HERE) from the pile in front of me.  It fit!  The candle is just a little on the big side, so it needed to be secured in place.  About ready to burst from my excitement over this discovery, I dashed to the studio for my handy hot glue gun.  A little dab of glue was just enough to hold the candle in place and they look so perfect! 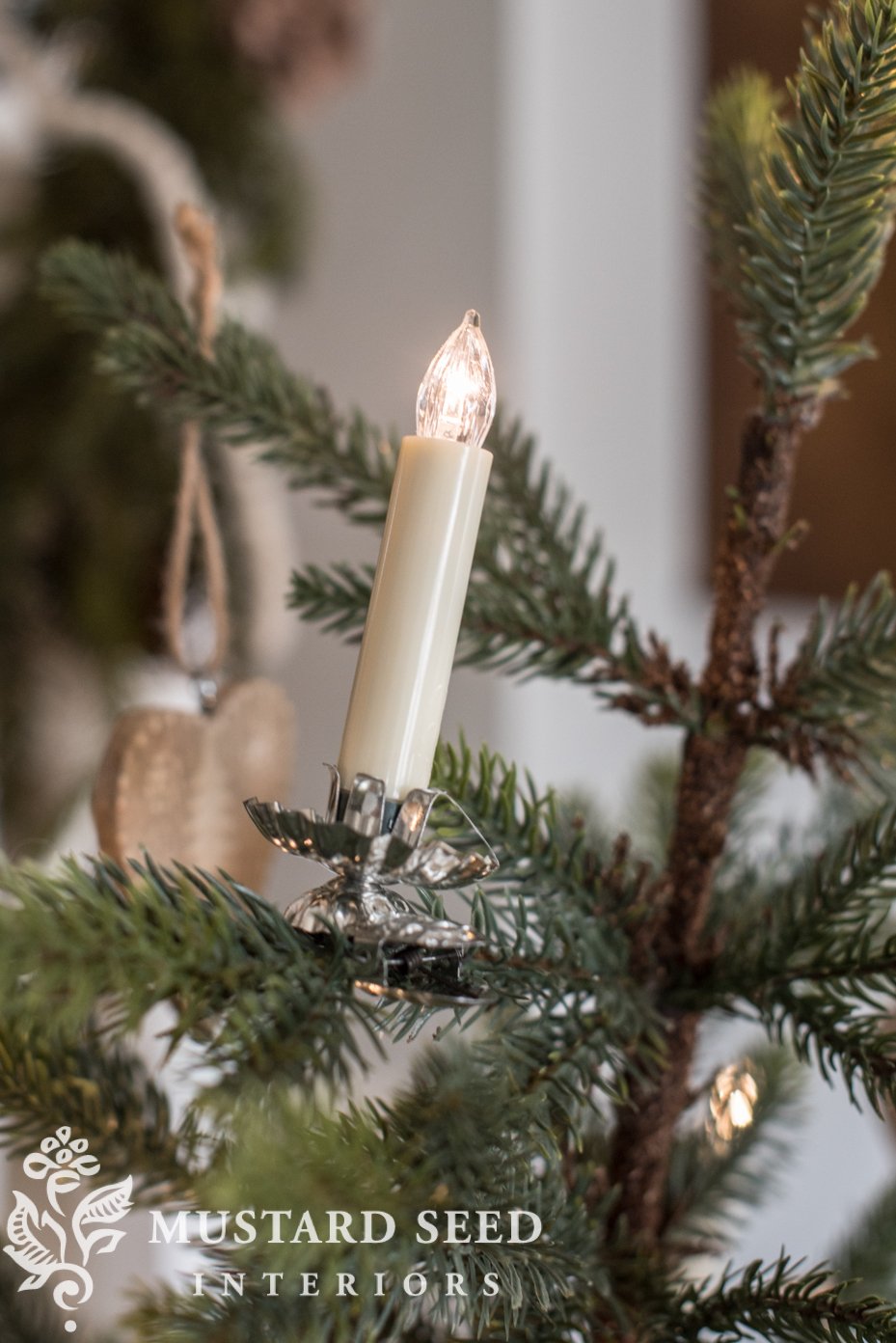 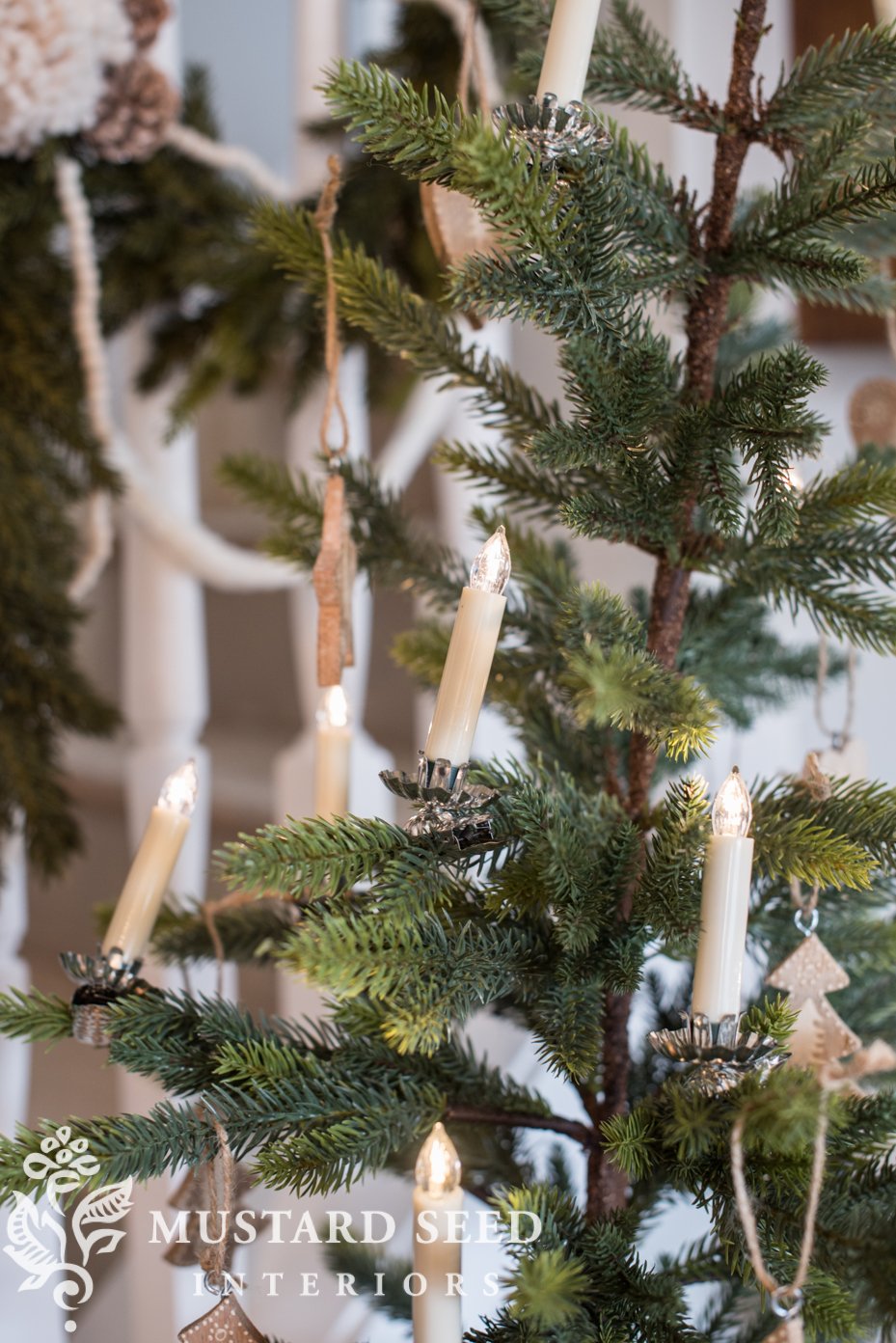 It took something that was already cute and put it over the top. 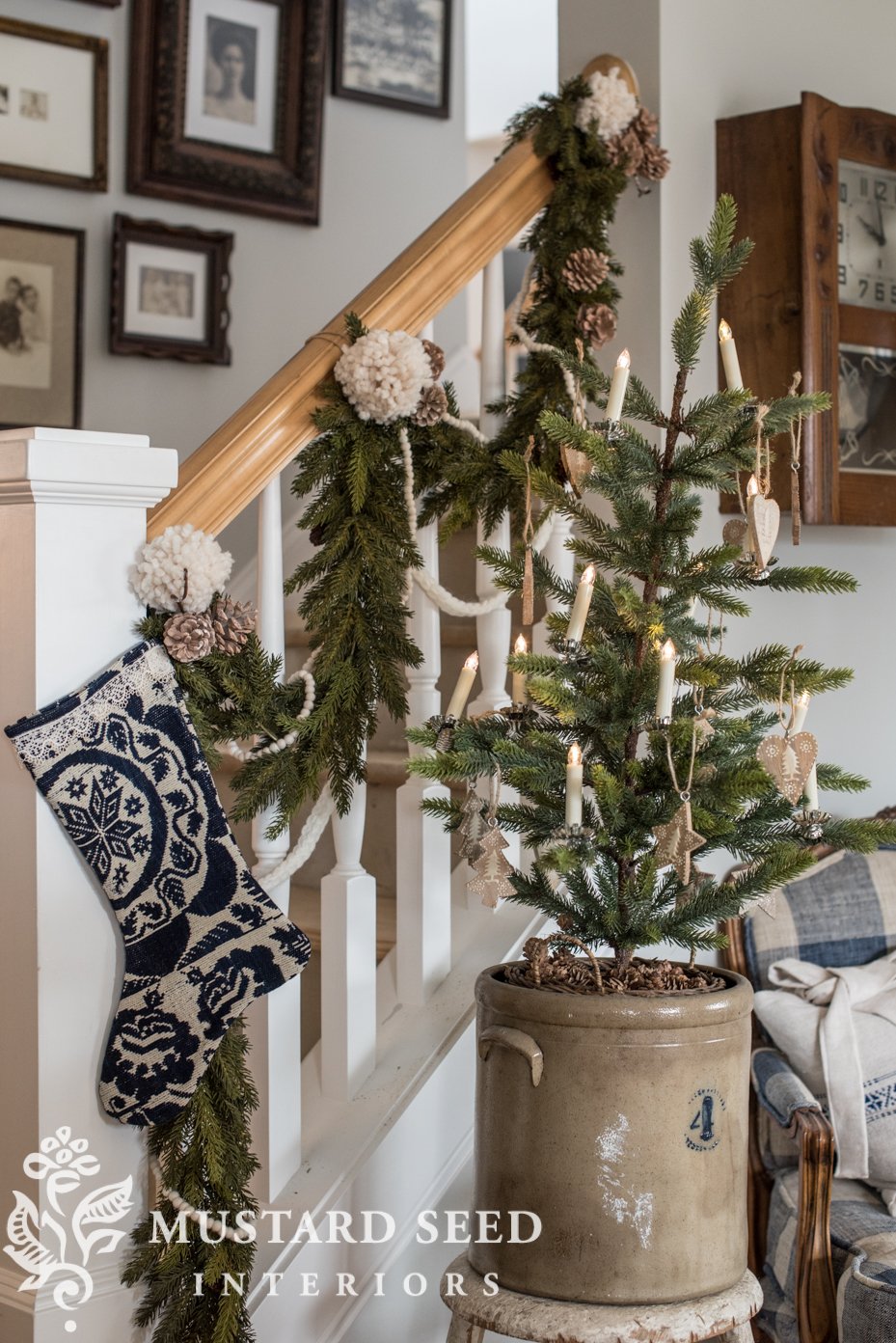 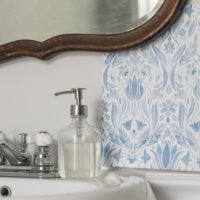 Blue & White Wallpaper for the 1/2 Bath 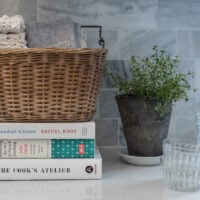 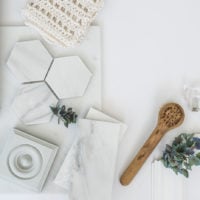 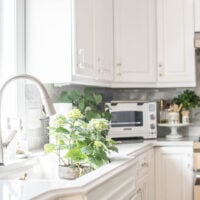 finally, a faucet that listens…

Today is the three year anniversary of moving into

The linen slipcover for the chaise in our master b