house hunting with the Parsons

Thank you so much for all of your wonderful and encouraging comments on yesterday’s post.  We are very excited!  So, I have been waiting for weeks to spill the beans about our new house, but as with the purchasing process of our MN house, I didn’t want to share all of the details in real-time.  Job searches and house hunts are some very stressful life events full of twists, turns, steps of faith, and sometimes disappointments.  It’s just too much to bring blog and social media followers along.  We even kept things pretty general with our friends and family for a while to keep the riders in the rollercoaster to a minimum.

But, behind the scenes, we were looking at houses with a realtor, making an offer, and then going through several different inspections since we were buying an “as-is” home.  I’ve also been working on all of the paperwork for closing day.  I must’ve blocked out how much work goes into buying a house even though we just did it five years ago.  Anyway, we looked at a bunch of houses online and with the realtor until we narrowed it down to one.  Here were three that were near the top of our list.  Let’s see if you can guess which one we bought… 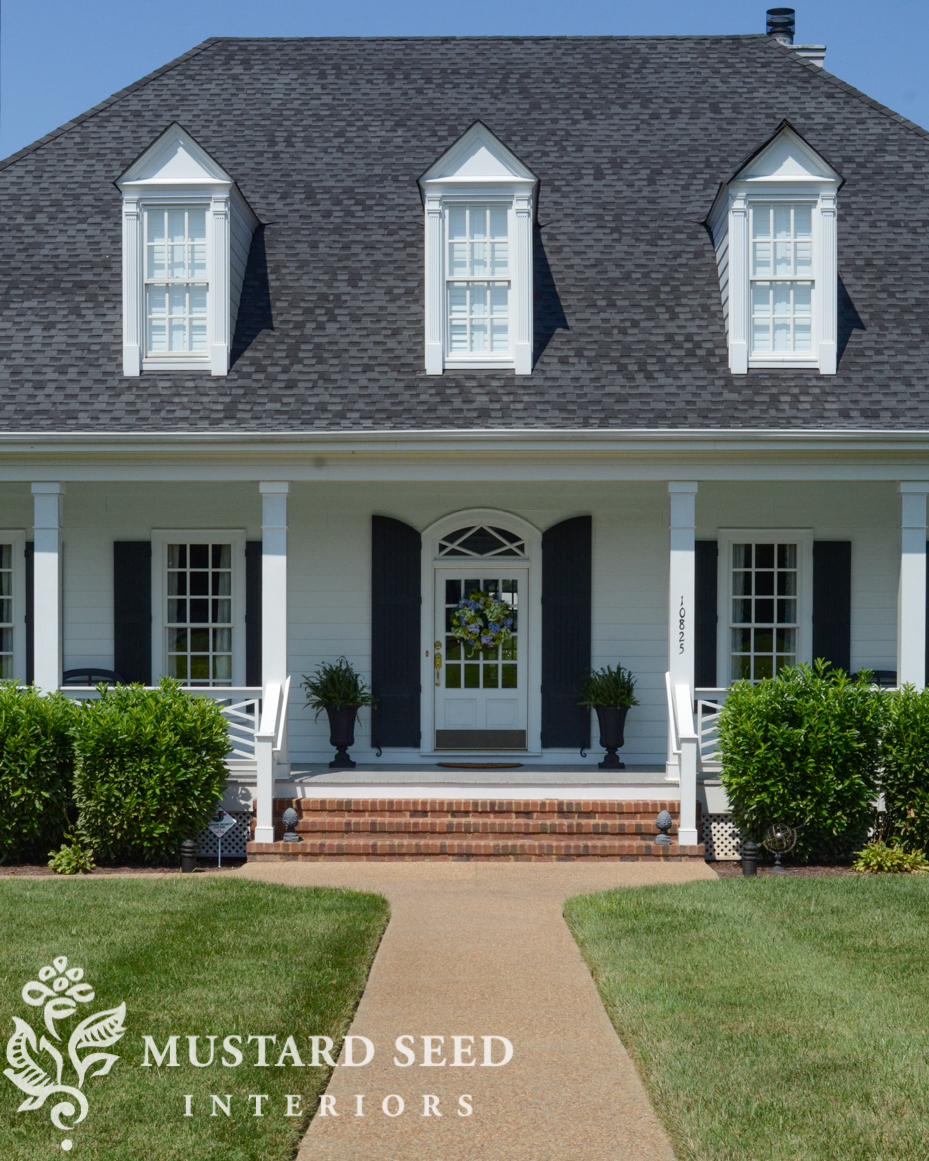 (This home is in my Opa’s old neighborhood in Petersburg, VA.)

NOTE – I’m showing pictures of homes I’ve photographed in this post, not pictures from the actual listings or houses we considered.  That might cause some snooping and cheating!  So, enjoy the pictures, but don’t take them into account when you are voting.

I was in love with this house from the moment I first saw the listing.  It was the old historic home I was hoping for, so we had to give it a serious look.  This early 1800s house had some amazing original features like a center staircase, large windows, a sun porch, a back staircase, hardwood floors, and trim work.  The house was a good size and the property included several outbuildings including a climate-controlled workshop and a small guest house with potential to be a great studio.  This house really got my wheels turning and I was giddy at the age of the house.  It did need some editing, love, and updating, but it had a beautifully renovated kitchen and other updates that balanced out the work left to do.

The big downside to this house was a 30-minute commute to the church (also Jeff’s place of work) and the boys’ school.  It was also smack on a pretty busy road.  I mean, there was a tall hedge of evergreens that provided some privacy, but the front porch was feet from the road.

We had to weigh if the long commute and road noise was worth the outbuildings, 200-year-old features, and more acreage. 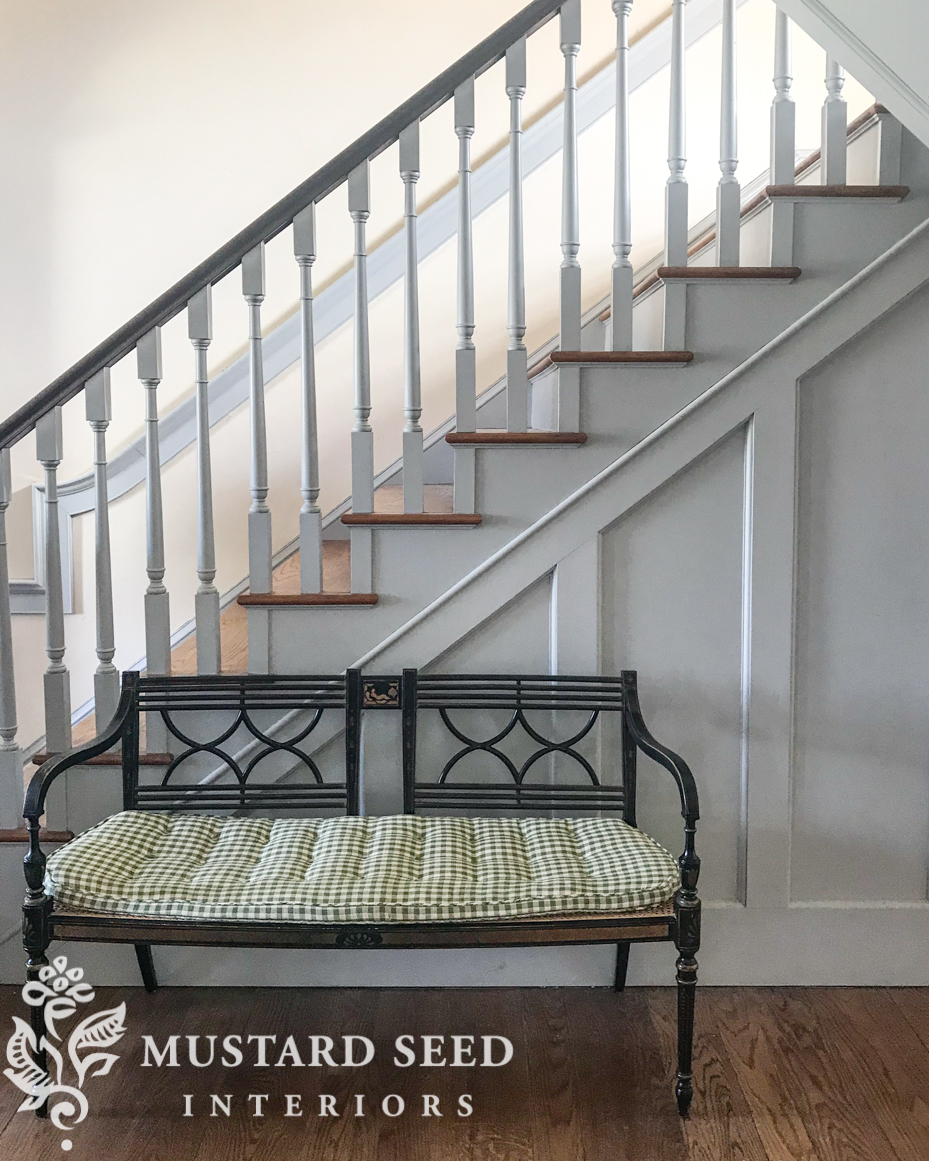 (This 1819 home is a part of the Fort Snelling compound in Minneapolis/St. Paul.)

I was surprised that I even wanted to look in this house, but it had good-sized rooms, was in a beautiful neighborhood, and had a pool, which is something that was on my boys’ wishlist.  (I wouldn’t mind it too much, either!)  Even though it was built in the early 1970s, it had a traditional feel with nice trim work, a woodburning fireplace, and beams.  You could tell this home had good bones and I was actually excited about the fact that it needed cosmetic work including a kitchen renovation.  I have been itching to rip out a kitchen and start from scratch, so this appealed to me.  While it didn’t have separate outbuildings, it did have an oversized two-car garage and a large living room that could be used as a studio.  This house was also in close proximity to the church and school and was one of the least expensive homes we looked at.

The downside to this house was that it wasn’t as old as I wanted and it needed a lot of work.  It also didn’t have outbuildings I was hoping for to accommodate my business. 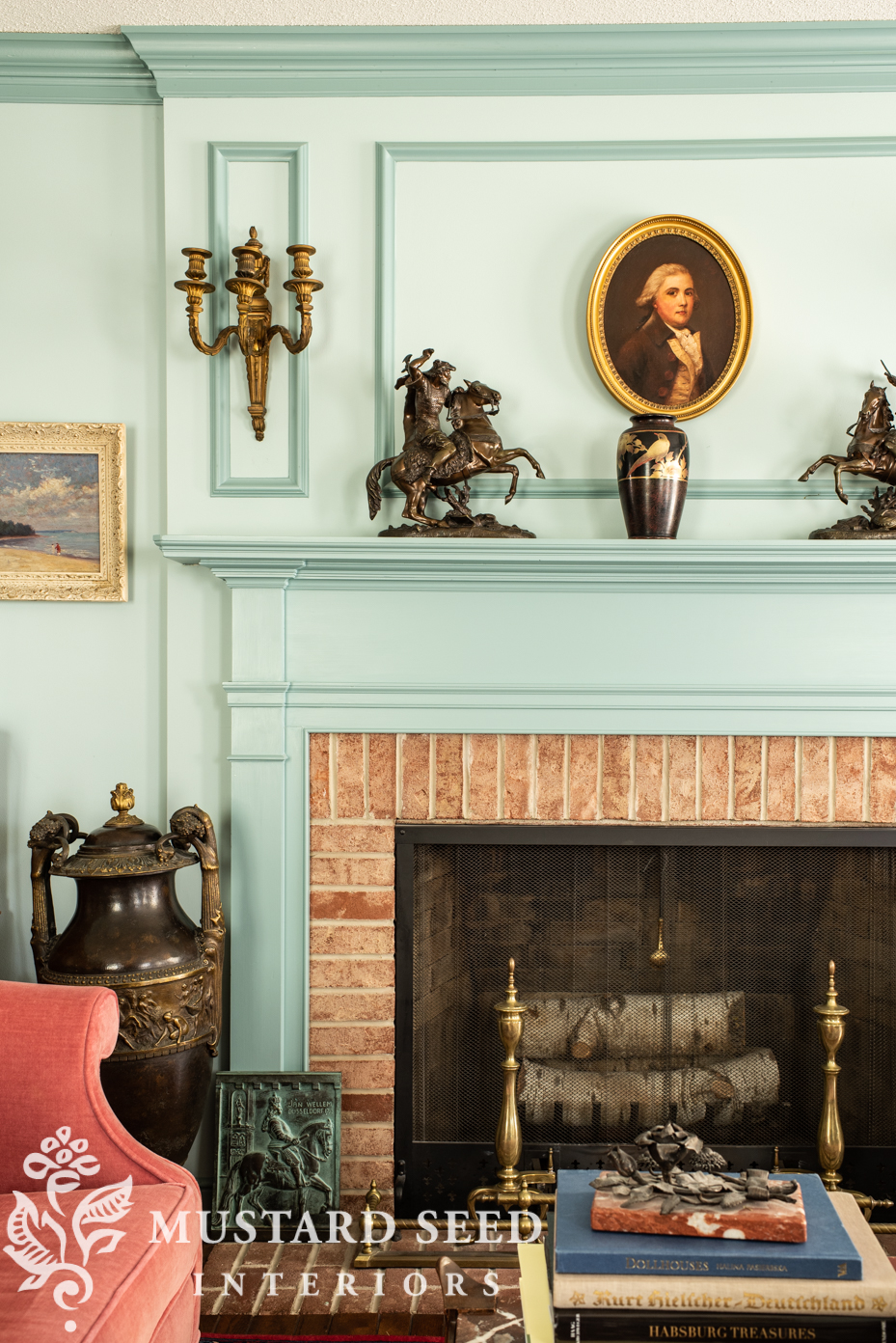 (This is a 1970s home in Rochester, MN that I photographed for Feels Like Home.  You can see more of this beautiful home HERE.)

This house had so much going for it because it ticked a lot of the boxes on our wishlist.  The house was charming with a central staircase and a traditional foursquare floorplan.  It was in a historic neighborhood close to church and school.  It also had a large garage workshop and another workshop space above the garage.  As a bonus, there was a well-maintained pool, a poolhouse, and an amazing patio.

The downside to this house was it was small.  The extra workshops provided space for my business, but the house would be a tight fit for our family and for entertaining.  We would also have to do quite a bit of work to the outbuilding to make it work for us.  Not only would we need to do cosmetic work, but would have to take on bigger projects like running a water line and adding climate control. 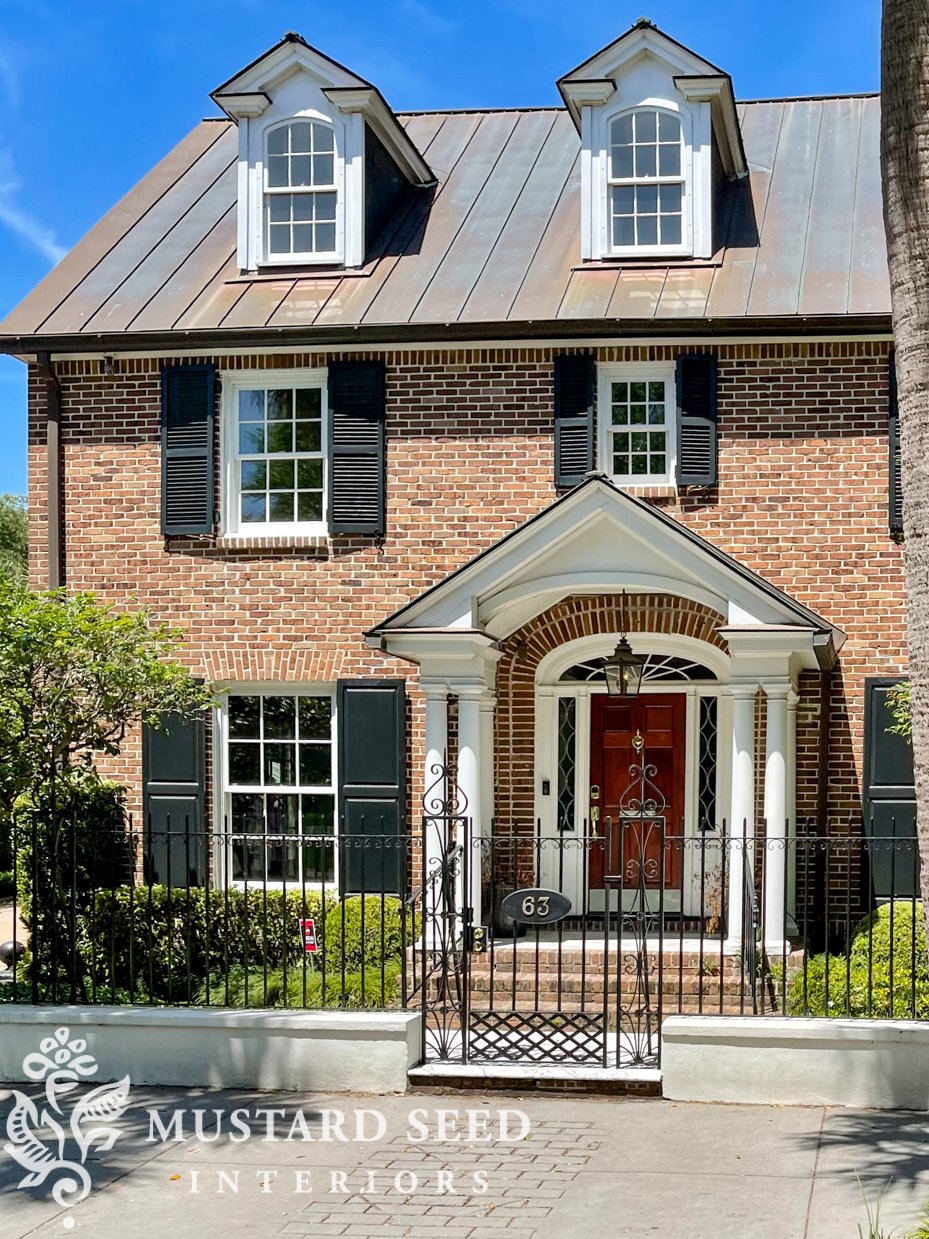 (This charming brick home is in Charleston, SC.  I took the photo during a carriage tour in 2021.  You can read more about that trip HERE.)

So, which house did we choose?

One – The early1800s home with outbuildings?

Two – The 1970’s traditional brick rambler with a pool?

Three – The charming 1940s four-square with a workshop?