why you always, always ask…

The other day, I was working at the studio without a car, so I needed my dad to give me a ride home.  We had a bag of trash to drop off at the dumpster and, on the way there, something caught my eye.  It sort of looked like a large, wood box…maybe something on its side?  It was just sitting on the ground next to the building across the street.  Either way, it caught my eye and deserved a closer inspection.  I asked my dad to drive by it slowly on the way back and he did.  I saw bead board and old wood…

I jumped out of the truck and walked around the piece.  It was a counter with bead board sides and a wood top.  What in the world was it doing sitting on the concrete next to a building?  I felt that instinct to just ask about it.  It so happened that a maintenance guy was in my studio installing a utility sink.  I realized that and had a little conversation with myself.

It’s just sitting out here.  I should ask if it’s something they are using or getting rid of.  I mean, maybe they are going to put it in the trash or something.  But then, maybe they have it set aside for something special and me asking for it would be overstepping my bounds.  And maybe I shouldn’t even pay attention to the things laying on the ground around there.  Oh goodness, Marian…just ask!

So, I marched over to my studio and asked.  I hardly got out, “I noticed a counter sort of thing sitting out there and I was wondering…”

“Oh, would you like us to bring it over here?”

“Um…yeah, that would be amazing!”  I was thrilled and I do think they were glad to have somewhere to put it.

We stopped in on Saturday to drop off some lumber and it was there.  We put sliders on the bottom, cleaned it up a bit and slid it into place where I want to use it.  I picture using it as a checkout counter when we have workshops and sales and it’ll also make a great work surface.  (Just imagine rolling walls behind the counter, hiding the shipping area… 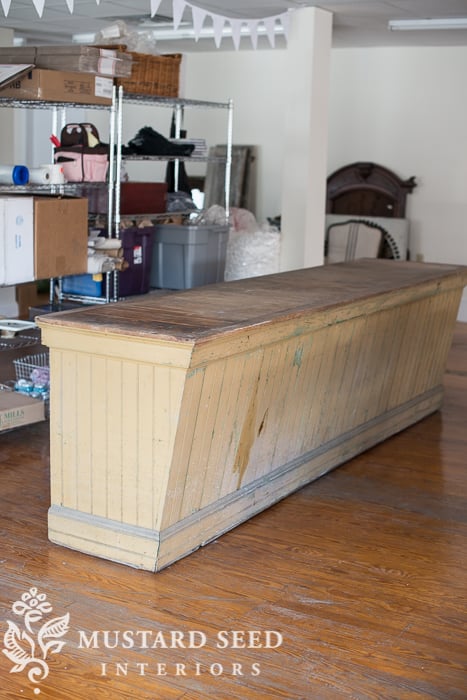 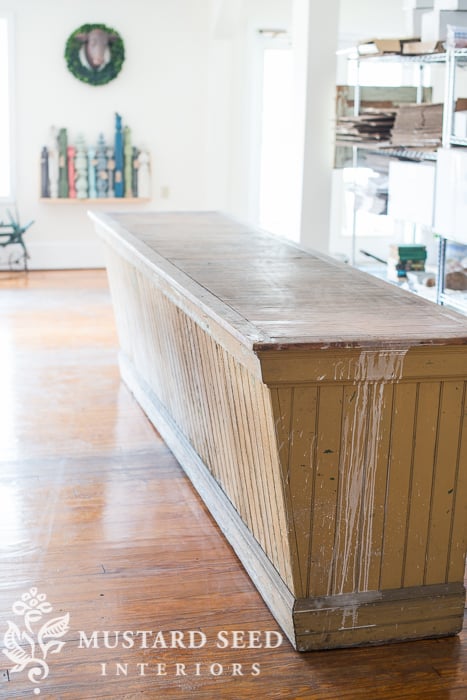 Isn’t it absolutely amazing and perfect?  (Yeah, I know someone sloshed something on the side, but I can fix that!)

I decided over the weekend that I loved it so much I was going to ask if I could buy it.  That way I can customize it to suit my needs without feeling like I need to get permission each time I do something.  Again, I had to have a conversation with myself about it, but I finally sent an e-mail to the owner, asking if he would be open to selling it to me.

I kept checking my e-mail for a response as I worked throughout the day and it finally came in.  He said I could have it for FREE!  Yes, f-r-e-e!  They were actually going to throw it away!  I was so excited about it that I was laughing as I told Jeff and my words sounded choked.  I think generosity like that isn’t often found, especially when someone is offering to pay you for something.  Most people would go on eBay and try to figure out how much they can get from the interested party who’s totally shown all their cards by professing their love for it.  I thanked the owner and told him this counter was going to have a wonderful new life and let him know he totally made my day. 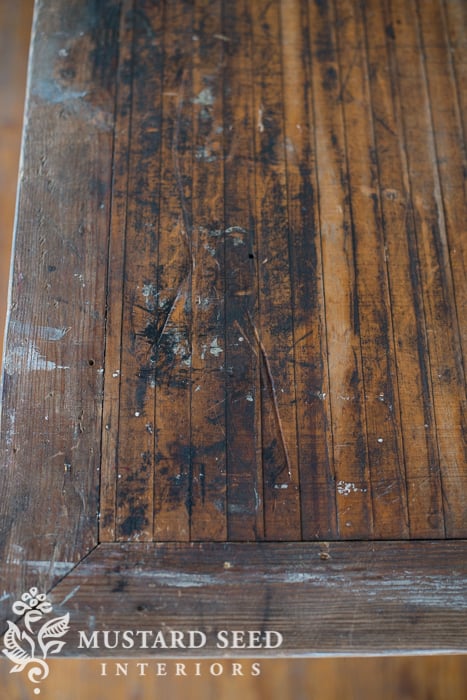 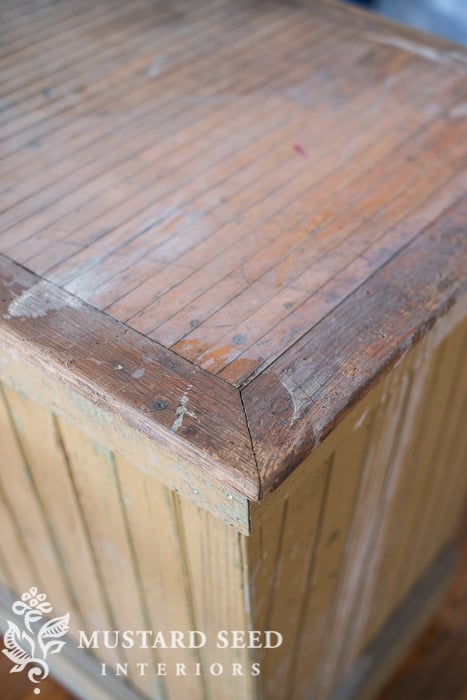 I started sanding the top this afternoon and I’ll clean it with mineral spirits tomorrow and give it a generous coat of Hemp Oil.  I am also planning on repainting it.  The chippy paint is pretty, but there is the big slosh on the side and it could benefit from a freshening up.  I’m thinking Eulalie’s Sky might do nicely…or Mustard Seed Yellow…? 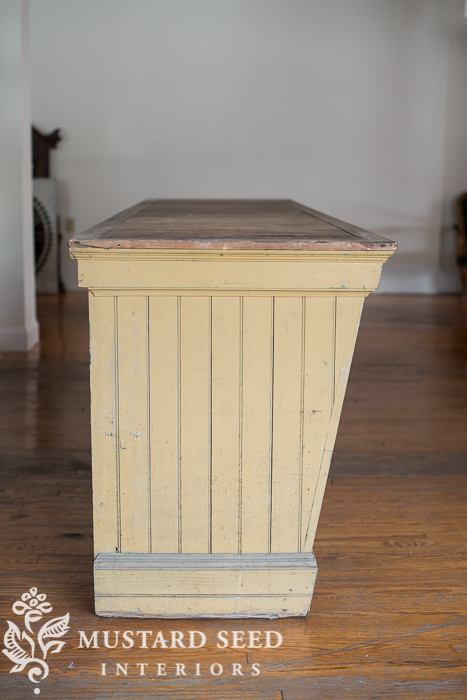 We’re also going to add a shelf underneath and screw it to the floor (we have permission), so it doesn’t tip over on anyone.

So, that, my friends, is why you always, always ask!